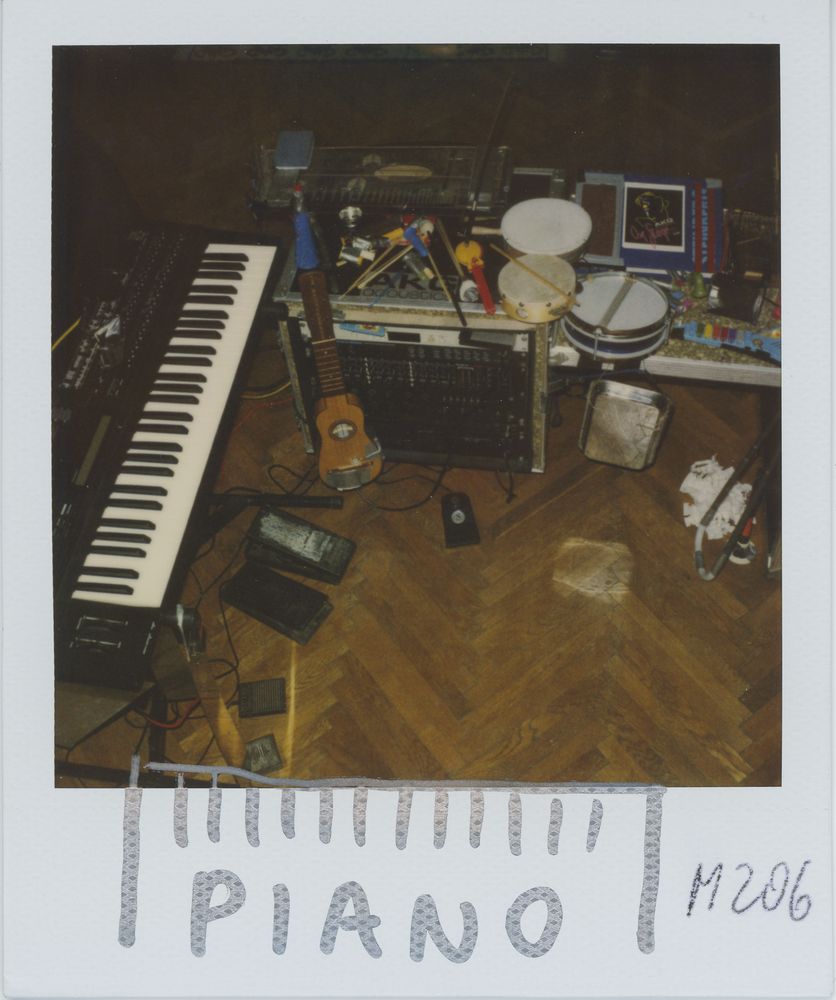 "Reluctant Games a, b, c" - solo for halfprepared piano and live-electronics: a... (intro), b... ('radio'), c ... ('abgesang') was written in late 1991 and recorded directly onto digital audio tape without the use of multi- track techniques. The piano is placed on the left side, the electronics keyboard in the center and the acoustic sound sources on the right.

One hand drum each lies on the bass and the treble strings of the grand piano, the microphones for the piano being directed towards them. DX 7 II, Roland S 550, mixer, effects, microphones, pick-ups, various noise sources, wind pipes, zither, metal sheets, drums ...

I can connect up to eight different sounds and the 64 sampler sounds to the synthesizer's keyboards. In concerts, I use a headphone monitoring that allows for high quality amplification of the prepared piano.

Part b ("radio") is merely an electronic piece, where neither the piano nor acoustical instruments are used. I have not used a special notation for these compositions. (Wolfgang Mitterer)

HW / SW: DX 711, Roland S550, Music Direct Todat
Wolfgang Mitterer (A), born 1958, studied organ and composition at the Vienna Music and Performing Arts College; commissions for various ensembles and occasions. He has given concerts as an organist and has been a specialist for live electronics. He received Honorary Mention at Prix Ars Electronica 89 and a State Grant for composition. He is a member of various ensembles. He gives seminars for organ music and live-electronics (Cologne Music College); won several German record critics awards.