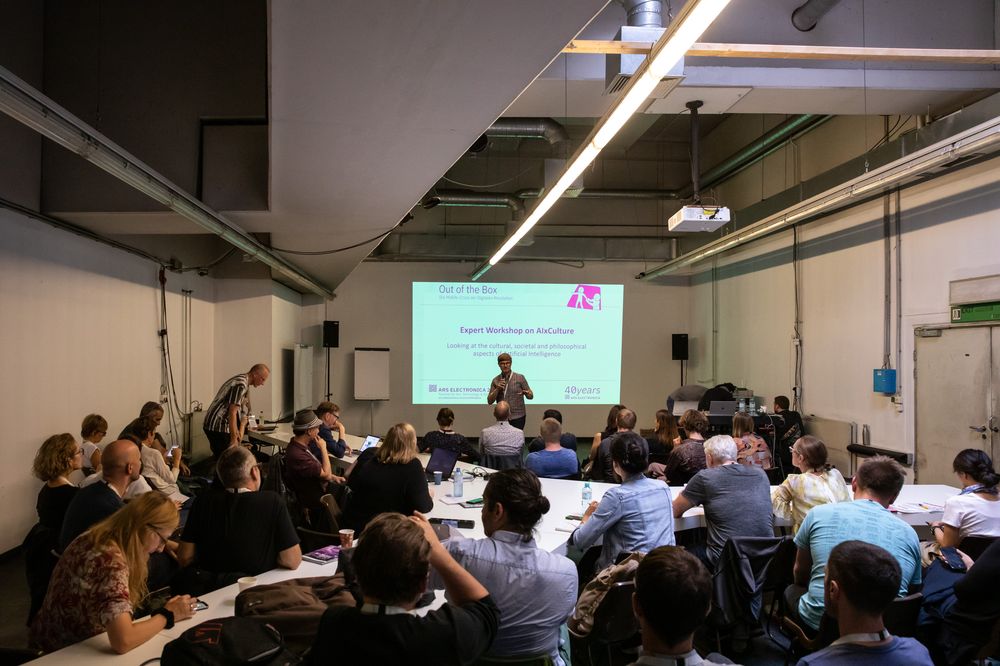 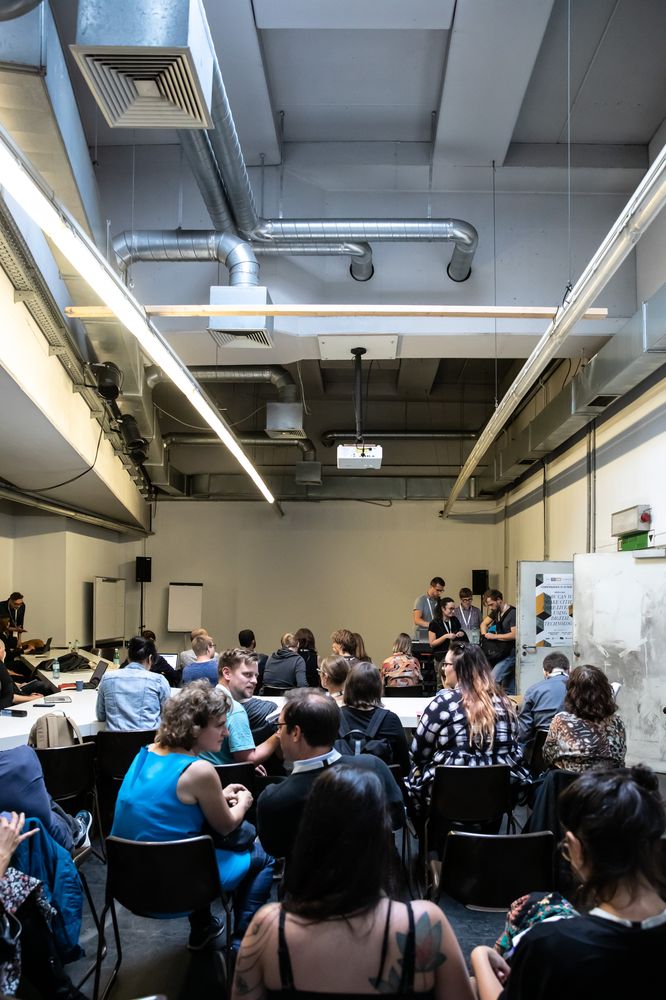 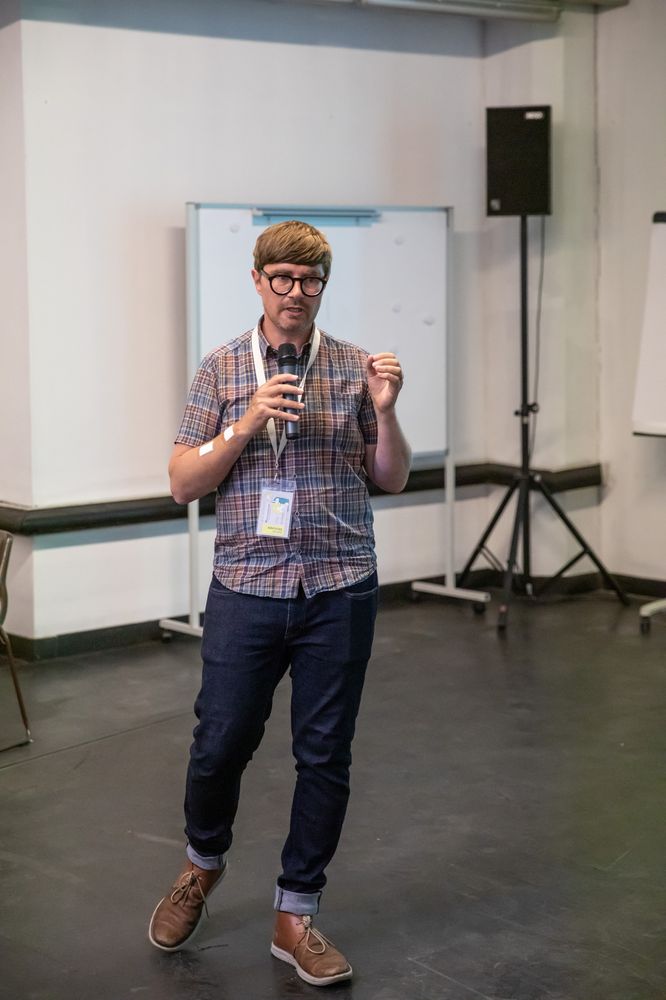 Looking at the cultural, societal and philosophical aspects of Artificial Intelligence, the workshop focuses on the implications of AI for education, media, ethics and transparency. The expert participants will discuss impacts, benefits and threats of AI through the lens of concrete, artistic examples.

This workshop is part of the European ARTificial Intelligence Lab, which is co-funded by the Creative Europe Programme of the European Union.
Links
Workshop Website: https://ars.electronica.art/outofthebox/en/workshop-aixculture/

Amir Baradaran (CA) is an Artificial Artist, adjunct instructor and arts-based researcher at Columbia University. He is the founder of iBEGOO, a software democratizing the creation of AI-enabled Augmented Reality experiences. Baradaran is a TEDx speaker and the recipient of awards from the Knight Foundation and the Canada Council for the Arts. He is the founder of An[0]ther {AI} in Art, a platform to decolonize the future of AI and art-making.

Kim Albrecht (DE) visualizes cultural, technological, and scientific forms of knowledge. His diagrams are meant to unfold and question the structures of representation and explore the aesthetic of the intermingling of technology and society through the sensual knowledge of tracing information. Kim researches for metaLAB (at) Harvard and writes does his Ph.D. at the University of Potsdam.
https://kimalbrecht.com/vis/

H.E. Max Haarich (DE) is a consultant on arts and technology with a focus on ethics in Artificial Intelligence (AI). He studied Communication Science at RWTH Aachen and worked on the topics of Innovation and Strong AI in academia and industry. In 2017 he became ambassador of Užupis. His Munich Embassy builds bridges between arts and technology to make innovations more inspired, accessible, and ethical.
http://uzhupisembassy.eu/

Veronika Liebl (AT) is currently Director of Organization and Finance at the department Festival/Prix/Exhibitions of Ars Electronica. She studied economic and business science at Johannes Kepler University in Linz (graduated in 2010) with study visits at the Harvard University (US) and Université de Fribourg (CH). Since 2013 she is enrolled in the Master of Business Administration program for Innovation Management at LIMAK Linz – Austrian Business School. After finishing her studies she was engaged in various commercial employments, amongst others for the Austrian Economic Chamber. Since 2011 she is in charge of cultural management for the department Festival/Prix/Exhibitions at Ars Electronica Linz GmbH& CO KG.

Marta Peirano (ES) is a Spanish writer and journalist and a long time advocate for citizen privacy, government transparency, digital security and the radical decentralization of critical infrastructure. She has been a member of multidisciplinar collective Elástico, codirector of COPYFIGHT festival and cofounder of CryptoParty Berlín, among others. She has been cofounder of two newspapers, and deputy director at Spanish national daily eldiario.es. Her TED talk about digital surveillance has been watched more than 2 million times. Her most recent books are ‘El pequeño libro rojo del activista en la Red’, an essay about the impact of digital surveillance with a foreword by Edward Snowden; and ‘El Enemigo conoce el sistema’ (The enemy knows the system), on or 20 year path to digital feudalism and political manipulation online.

Olga Sismanidi (EL) works in the Creative Europe Programme of European Commission in the Education Audiovisual Culture Executive Agency (EACEA). Previously, she worked on EU programmes for media, innovation, entrepreneurship, research and technological development. She held various roles in the communications industry, the International Federation of the Phonographic Industry (IFPI) and the BBC World Service. Olga Sismanidi holds postgraduate degrees in Communications policy and Media from the City University of London and Aristotle University of Thessaloniki and in Copyright from the Berkman Klein Center of Harvard Law School. She has written about International and European copyright and content-intensive industries, especially the music industry and the media.