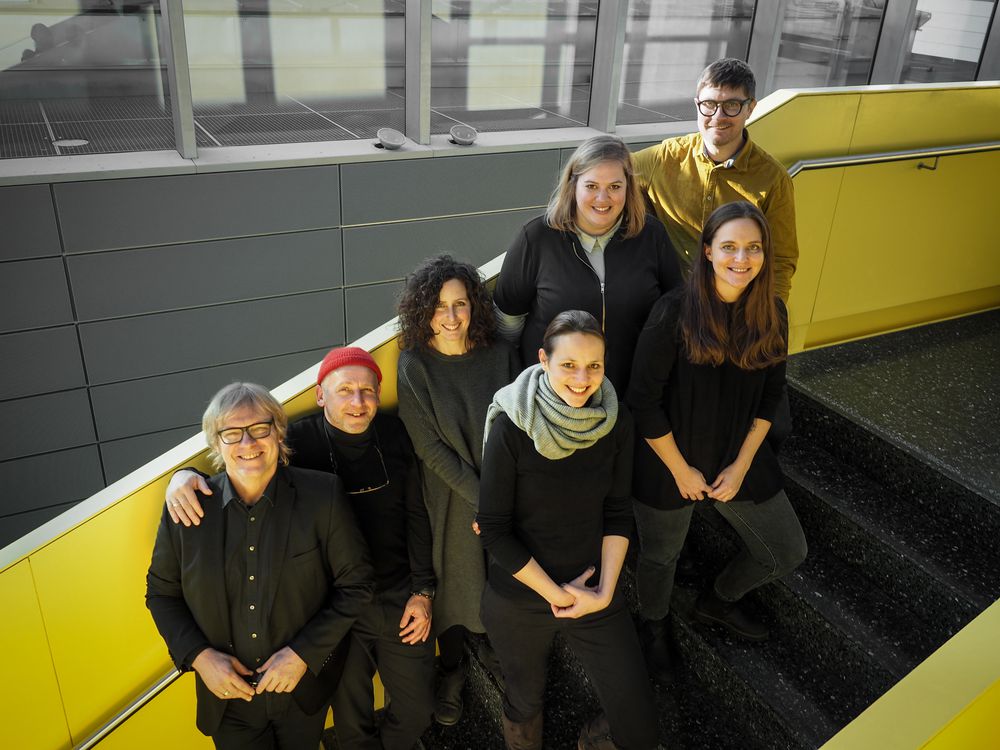 Title: European ARTificial Intelligence Lab / Jury december 2019 | 4608 * 3456px | 6.8 MB | Credits: FotografIn: Hieslmair, Martin |
The residency-artist is always selected by an interdisciplinary jury. Jurors coming from the arts evaluate the submissions in an artistic way of thinking, representatives of the Ars Electronica Futurelab judge the submitted ideas in thinking on the possibilities of technical realization and beside that members of the scientific partners are assessing the projects on what is possible within the scientific work carried out at the different scientific facilities.

Cross reference
European ARTificial Intelligence Lab
Biographies Jurymembers
Suzy Glass (UK) is an independent Producer and Cultural Consultant based in Scotland. She has more than fifteen years of experience working across the art, design and media sectors. She is interested in emerging and unusual contexts, focussing on sited and digital work. She enjoys working across genres, disciplines and sectors. Major projects include: Message from the Skies for Edinburgh’s Hogmanay (Underbelly, 2019) Ciara Phillip’s Every Woman (2016), co-commissioned by Edinburgh Art Festival and 14-18 NOW; Hanna Tuulikki’s Away with the Birds (2014), part of the Glasgow 2014 Cultural Programme; Yann Seznec’s Currents (2014), commissioned by the Edinburgh Art Festival as part of the PRSF New Music Biennial – winner of the Sonic Art category in the 2015 British Composer Awards.

Drew Hemment (UK) Dr Drew Hemment is an artist, designer and academic researcher. He is Chancellor’s Fellow at Edinburgh Futures Institute and Edinburgh College of Art at University of Edinburgh. He leads GROW Observatory, Experiential AI and the Centre for Near Futures. Founder of FutureEverything and on Editorial Board of Leonardo. His work is recognised by Soil Award 2019 (Winner), STARTS Prize 2018 (Honorary Mention), Kantar Information Is Beautiful 2016 (Silver), Lever Prize 2010 (Winner), Prix Ars Electronica 2008 (Honorary Mention).