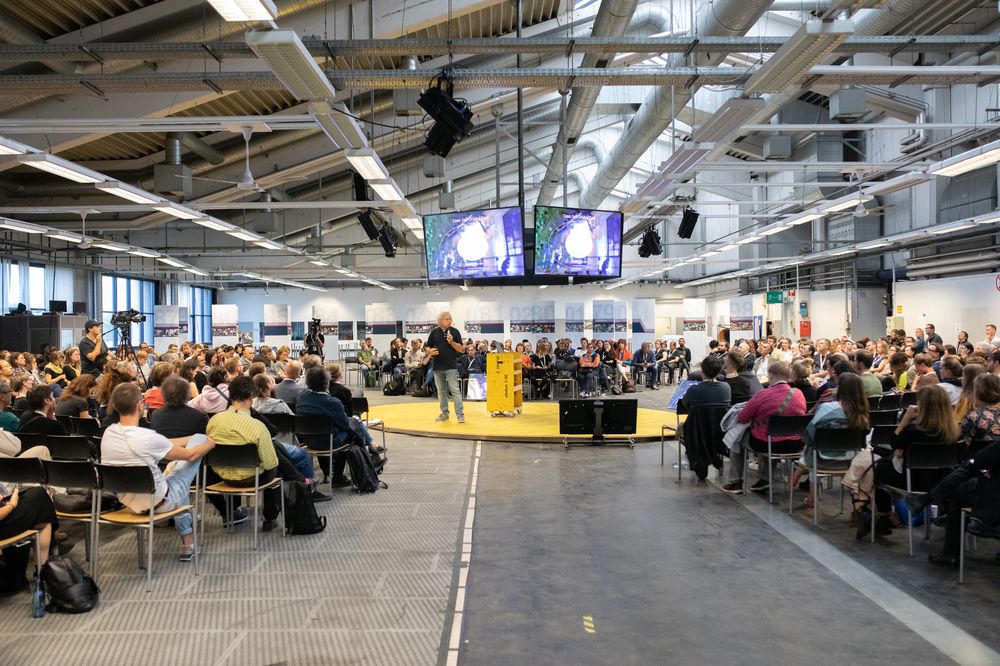 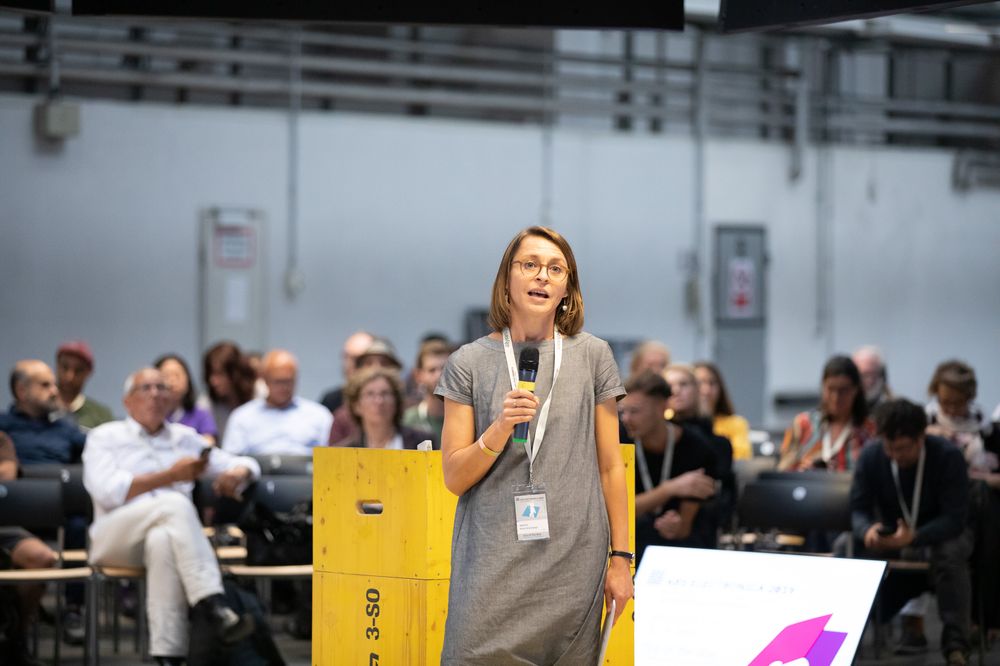 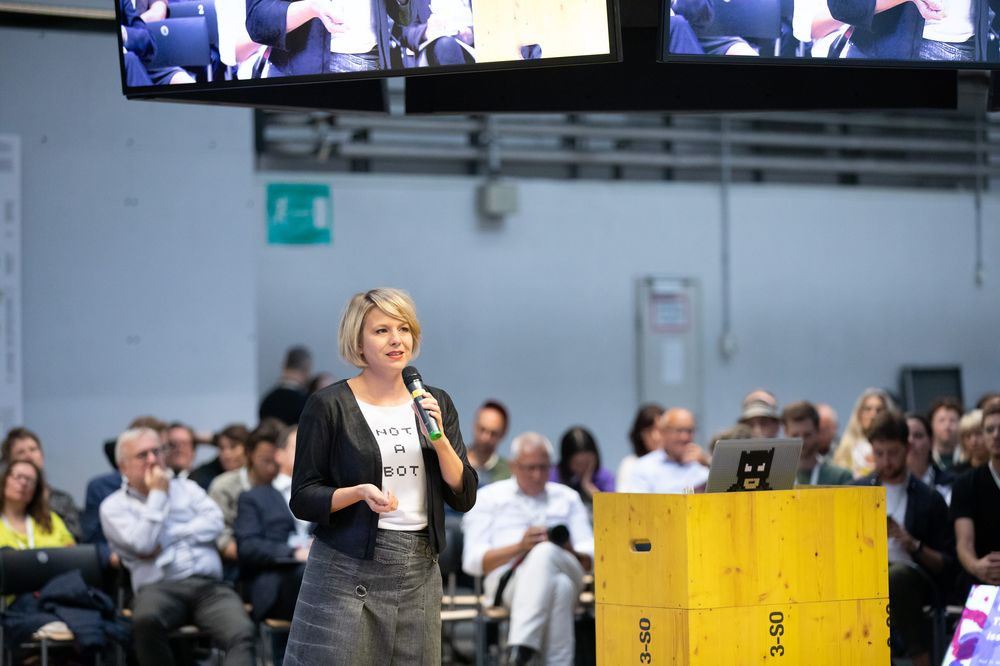 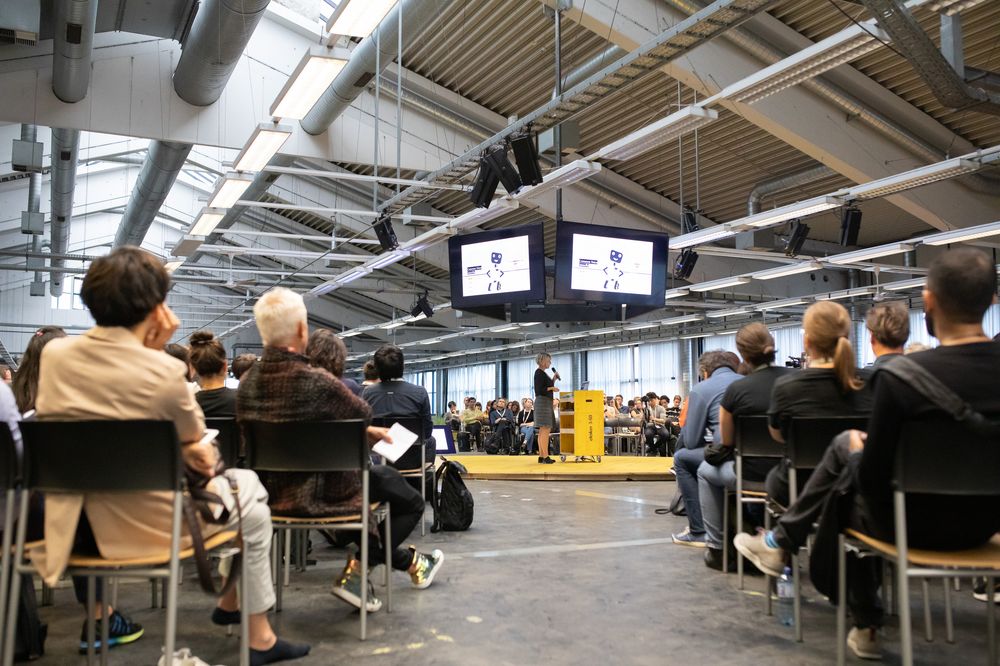 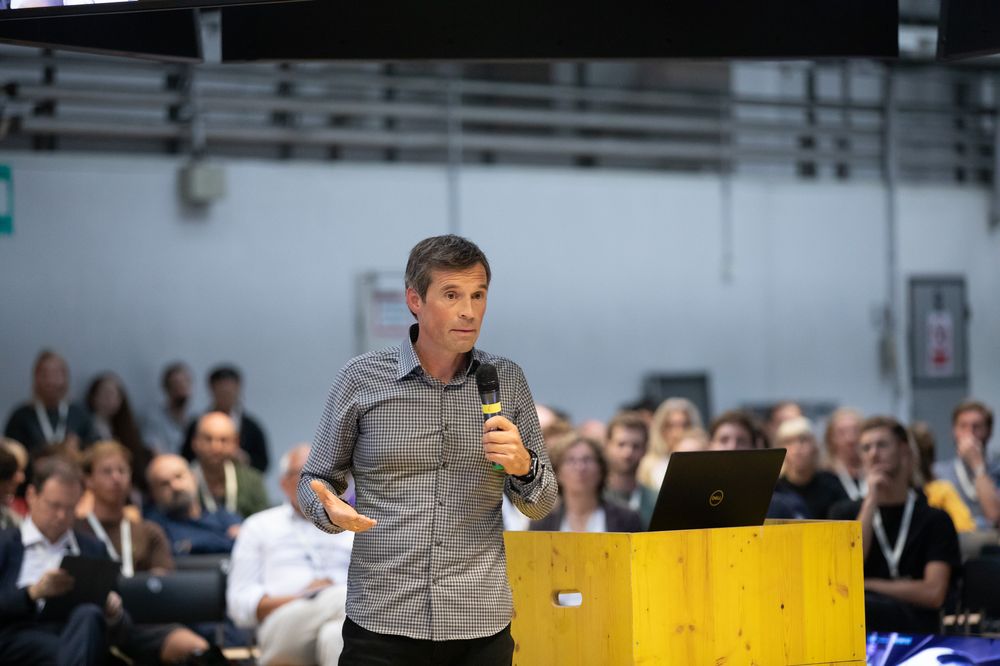 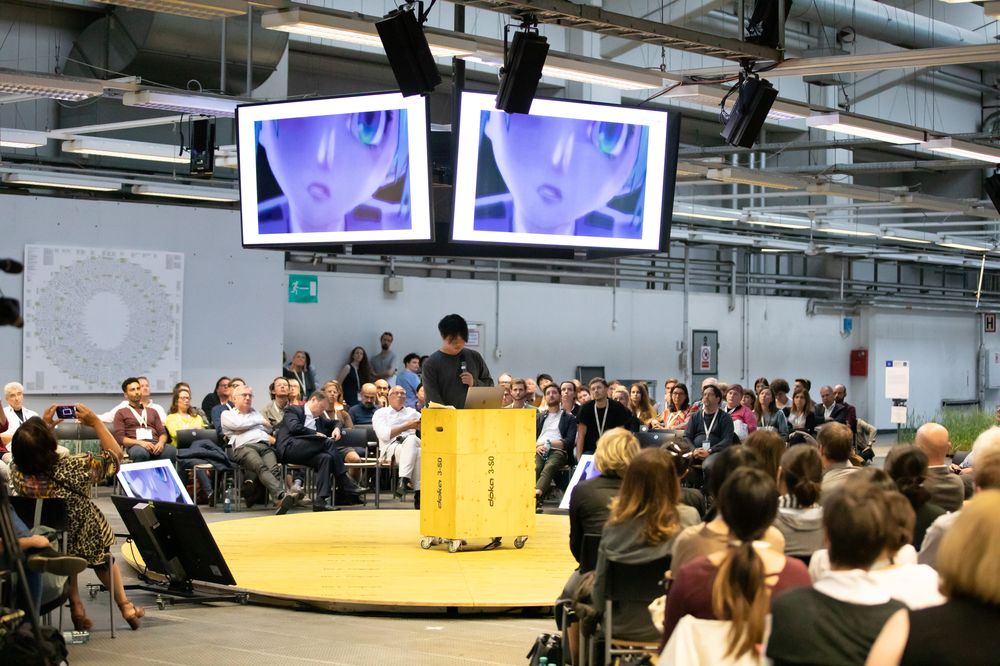 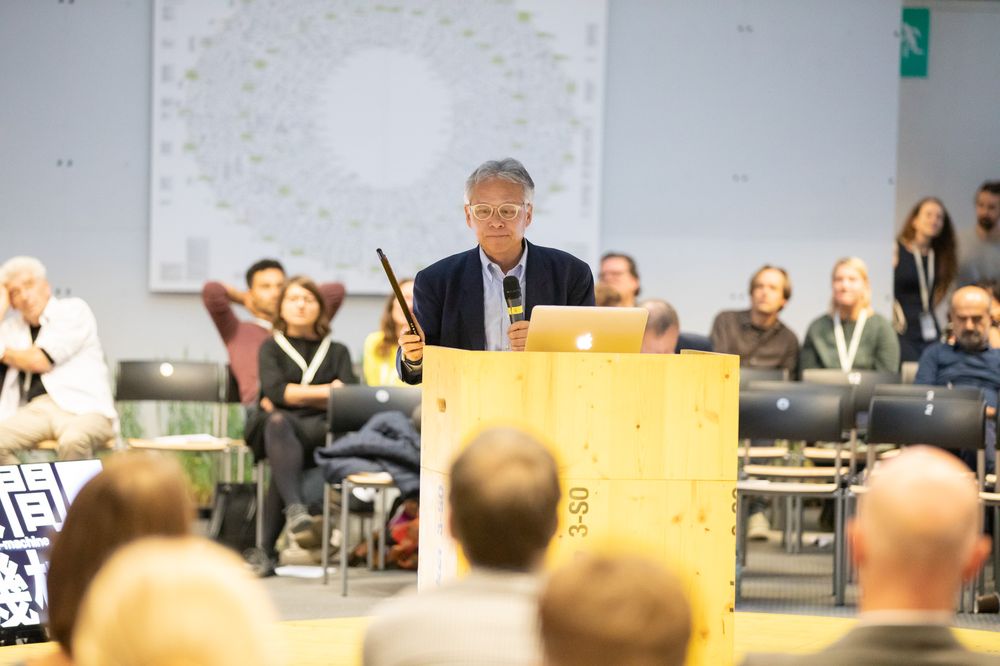 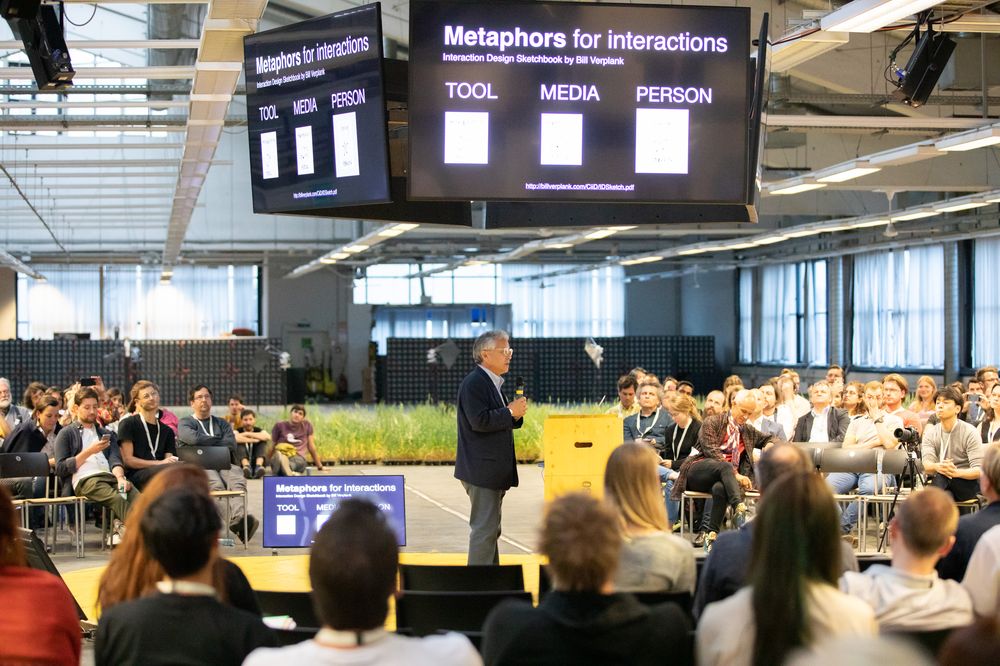 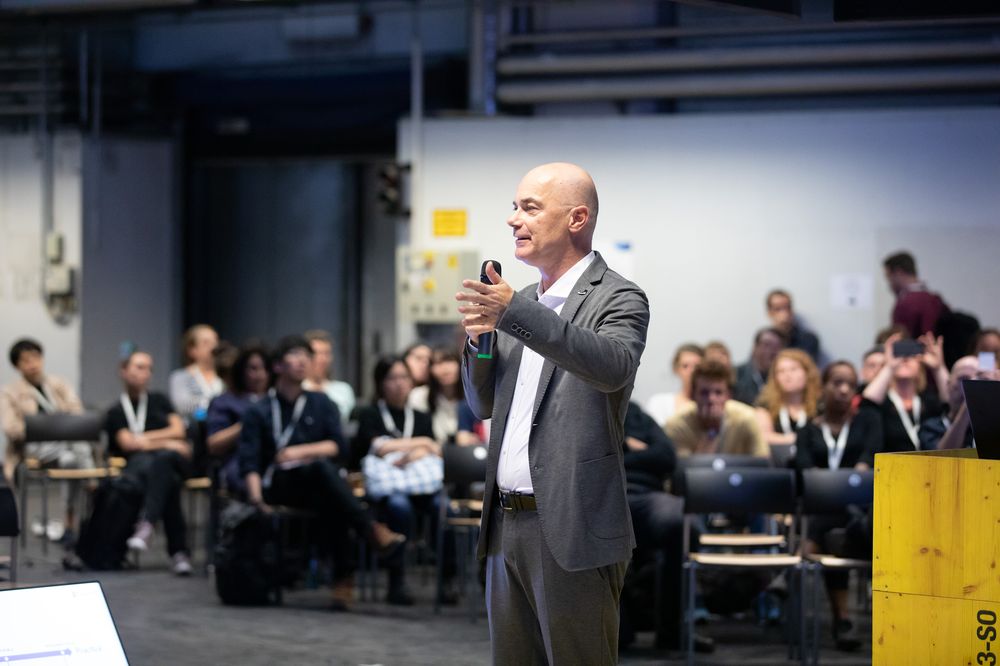 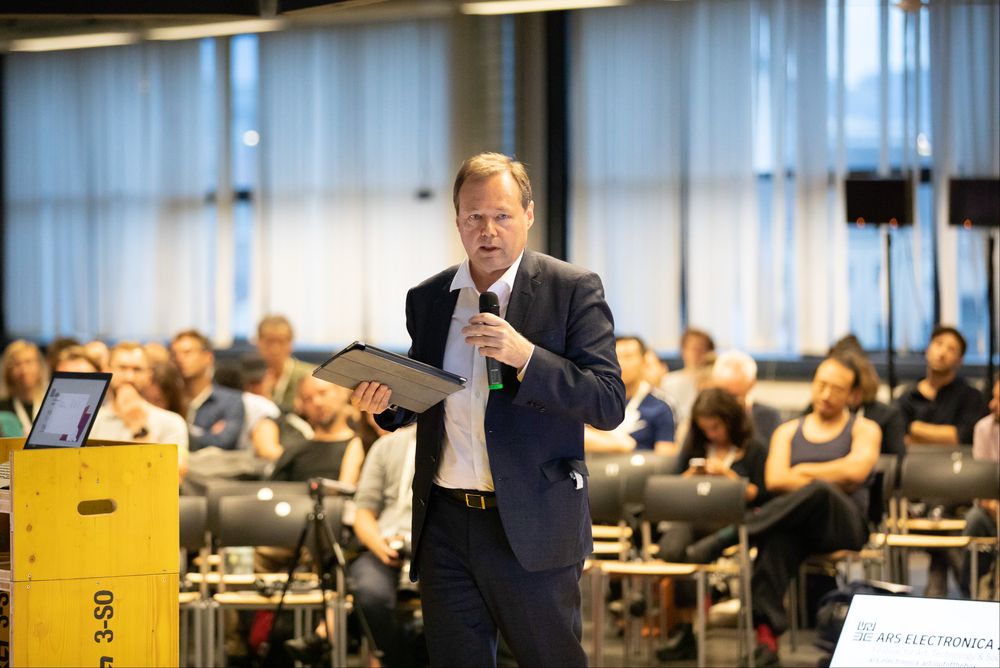 Technology and the economy are presented with the important task of making sure that we won’t lose our humanity on our journey from automatization to autonomization. In this panel we dive into the debate of how the leading developers can make sure that AI systems stay humane, fair and responsible.


Cross reference
European ARTificial Intelligence Lab, Ars Electronica
Biographies Speaker
Simon Euringer (DE/US)
Effective July 1st, 2019 Simon Euringer (DE/US) was appointed Head of Development for the in-car voice assistant for the BMW Group. He also oversees the topic “Natural Interaction” meaning the multimodal interaction between speech and gestures. Before that, since October 2016 Simon Euringer was appointed Vice President of the BMW Group Technology Office USA. In this position, he was responsible for accelerating the delivery of automotive innovation to BMW customers through the evaluation, design and development of new technologies. In this role he oversaw a team of highly talented engineers specializing in Connected Car, Electromobility, Powertrain, Automated Driving and UX Design. His Silicon Valley-based team produced work that enables BMW to be the future, see the future and reimagine the future of world-class automotive engineering for individual mobility. Prior to his stay in the U.S., Euringer, was responsible for the engineering of infotainment Headunits in Munich. In this role, he was responsible for delivering the Software and Hardware of infotainment Headunits for the Brands BMW, MINI and RollsRoyce into the vehicle. Euringer began his career in 1998 as a software developer in Design Automation and Product Data Managament at PTC, a US-based Technology Provider for product creation and operation. He joined BMW Group in 2002. He holds a master degree in Mechanical Engineering from the University of Applied Sciences in Munich.

Hiroshi Ishii (US/JP)
Hiroshi Ishii (US/JP) is the Jerome B. Wiesner Professor of Media Arts and Sciences, at the MIT Media Lab. He joined the MIT Media Lab in 1995, and founded the Tangible Media Group, which he currently directs. Hiroshi’s research focuses upon the design of seamless interfaces between humans, digital information and the physical environment. His team seeks to change the “painted bits” of GUIs to “tangible bits” by giving physical form to digital information. In 2012, he presented the new vision Radical Atoms to take a leap beyond Tangible Bits by assuming a hypothetical generation of materials that can change form and appearance dynamically, becoming as reconfigurable as pixels on a screen.

Harald Leitenmüller (AT)
Harald Leitenmüller (AT) is CTO of Microsoft Österreich Gmbh. He is a leading edge technology focused professional with 25 year of experience as system designer, architect and business manager/leader in various industries. He has developed high performance business and project teams with high visibility within technical and policy shaping audiences. Many know him as spokesperson and key note speaker about innovative business models leveraging new technology trends on local and international major conferences. He has the proven ability to drive innovation processes that meet objectives, timelines, and budget tied to business and technology performance. Harald has been certified by Satya Nadella as professional AI expert and awarded with the 2018 Microsoft Platinum Award.
Before joining the leadership team of Microsoft Austria he held various positions ranging from software architect, project manager, and business development manager or leading the Microsoft developer evangelist team in Austria where he has established a solid expertise on digital transformation, cloud architecture and policy matters.

Alexander Mankowsky (DE)
Alexander Mankowsky, born in Berlin 1957, studied Social Science, Philosophy and Psychology at the ‘Freie Universität Berlin’. In 1989 he started working in the research institute of Daimler in Berlin. The multidisciplinary approach in the institute integrated a wide array of disciplines, from social sciences to artificial intelligence. His current working topics are Futures Studies, focussed on the ever changing culture of mobility, the interdependency of social and technological innovation and other aspects of envisioning paths into the future.

Martina Mara (AT)
Martina Mara gratuated in Communication studies at the University of Vienna and earned her doctorate in Psychology at the University of Koblenz-Landau with a dissertation on the user acceptance of anthropomorphic machines. After having worked for non-university research institutions such as the Ars Electronica Futurelab and the Institute of Design Research Vienna for more than a decade, she became Professor of Robopsychology at the Johannes Kepler University Linz in April 2018. Her current research interests include public attitudes towards robotics and AI, psychological effects of simulated human-likeness and intention signaling of mobile and collaborative robots. Mara is a member of the Austrian Council for Robotics and Artificial Intelligence, and a board member of the Ludwig Boltzmann Society. She is a newspaper columnist who writes for a wide audience, regularly commenting on what is going on in the world of technology. In 2018, she received the BAWAG Women’s Prize and the Futurezone Award in the category “Women in Tech.”

Keiichiro Shibuya (JP)
Composer and Musician. Born in 1973. Based in Tokyo and Paris. B.A. in music composition, Tokyo University of the Arts. In 2002 Shibuya established ATAK, a music label releasing CDs of cutting-edge electro-acoustic works by various artists from all over the world. He has produced a lot of music works, for example film music, sound installation, etc. In 2012 he released the first vocaroid opera “THE END” without staging any humans in YCAM. Starting with the performance in Theatre du Chatelet in Paris, it has been showed and requested to perform all over the world.
In 2018 he released Android Opera「Scary Beauty」, a humanoid android with AI conducts a human orchestra and sings with them. He has worked on many cross-sectional collaboration with a lot of researchers and artists, for example Hiroshi Sugimoto (artist),Hiroshi Ishiguro (robot scientist) in Palais de Tokyo, Jeremie Belingar (dancer / actor) in Opera Garnier, etc.He has developed sound of noise and stereophonic sound with Takashi Ikegami（artificial life scientist) over 15 years.
In 2019 September, he will release Buddhist Chant: Shomyo + Electronic sounds “Heavy Requiem” through collaboration with Japanese traditional monk Eizen Fujiwara and French visual artist Justine Emard, at Ars Electronica in Linz, Austria. He creates his music to explore the border between human beings and technology.

Roberto Viola (IT) is Director General of DG CONNECT (Directorate General of Communication, Networks, Content and Technology) at the European Commission. Before joining the EC, he held the position of Secretary General of AGCOM and various other positions including as Head of Telecommunication and Broadcasting Satellite Services at ESA. He served as Chairman of the European Radio Spectrum Policy group (RSPG). Roberto Viola holds a Doctorate in Electronic Engineering and a MBA.