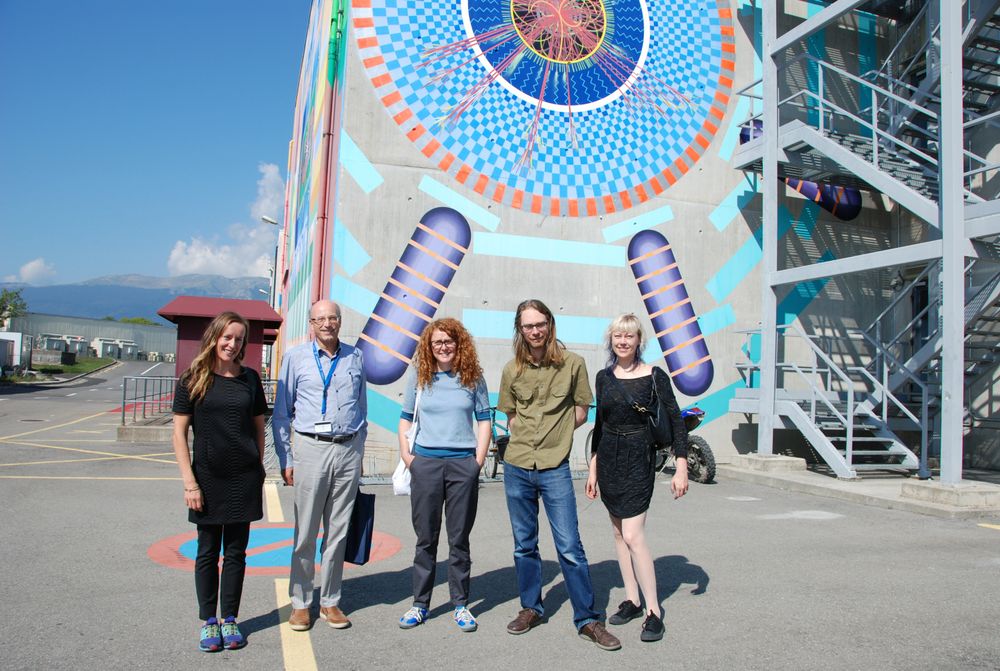 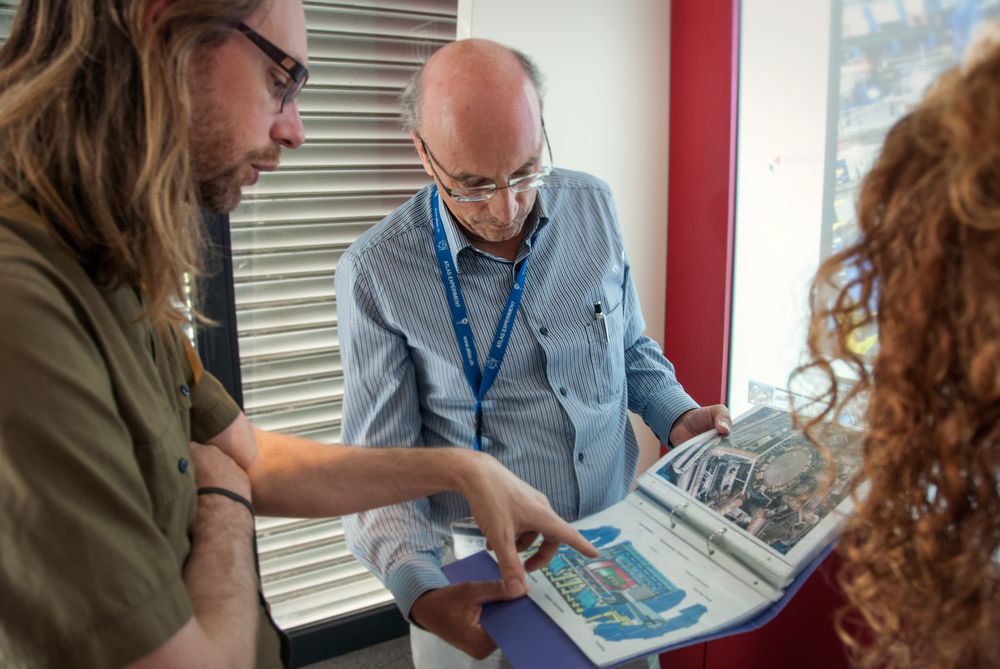 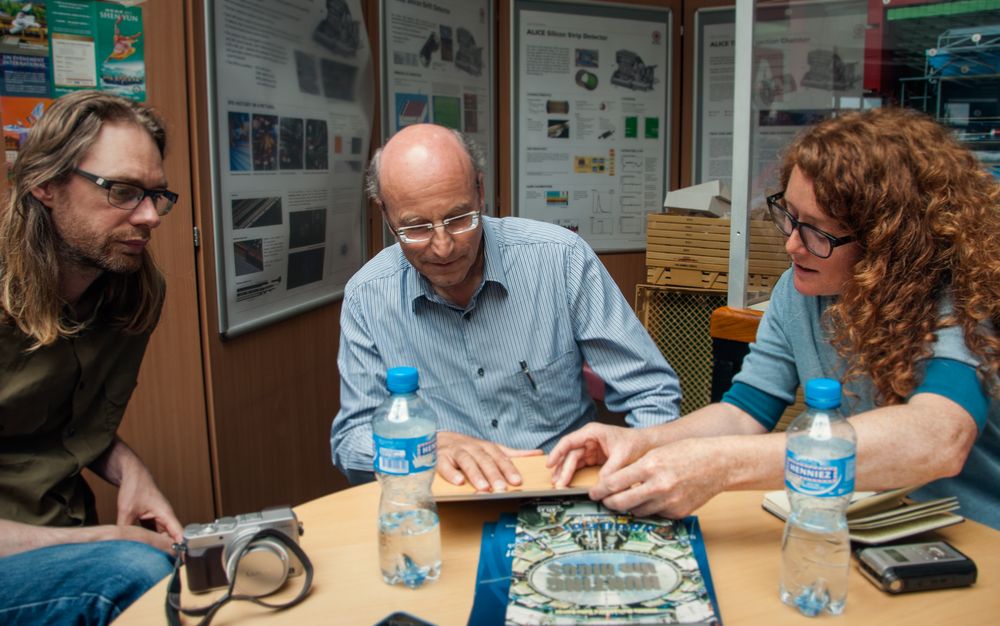 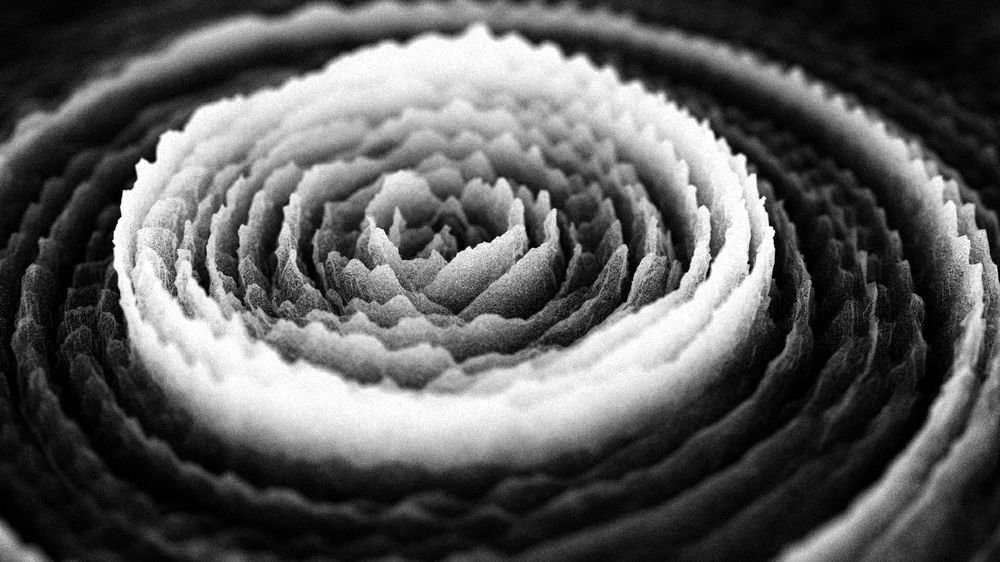 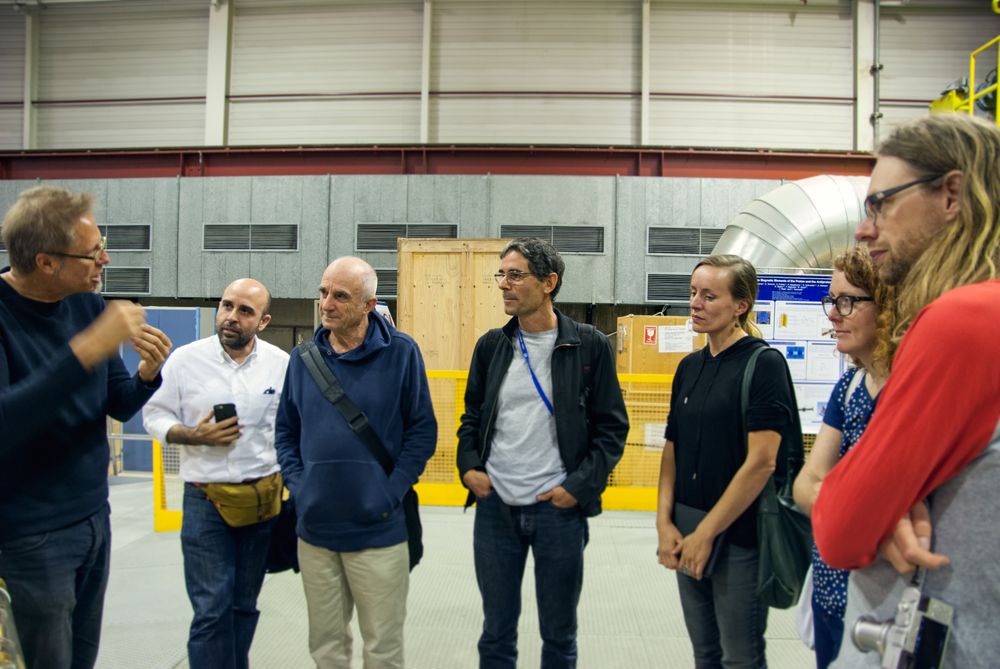 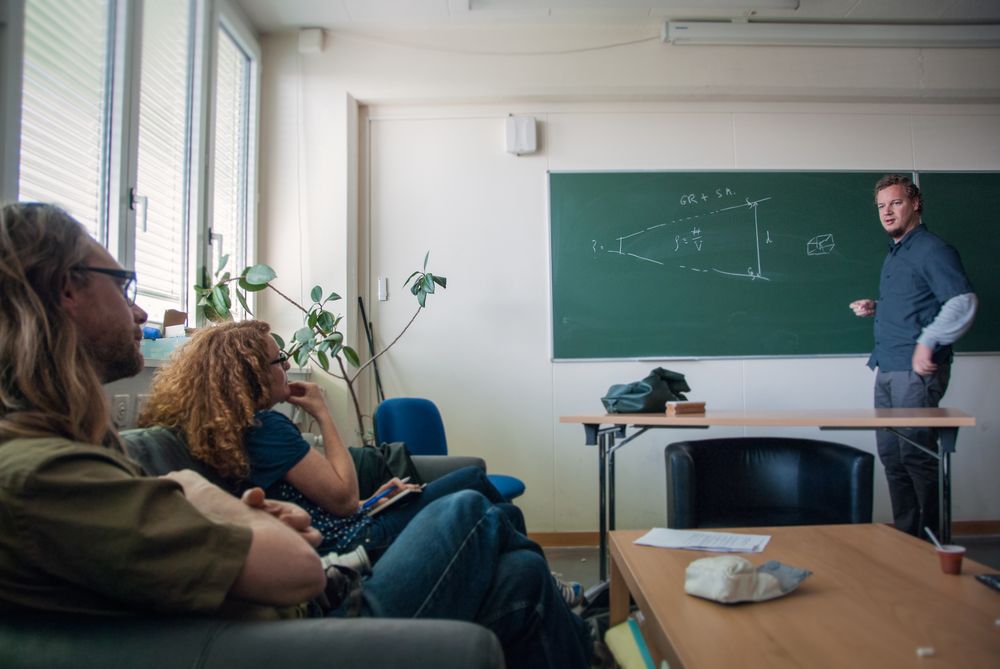 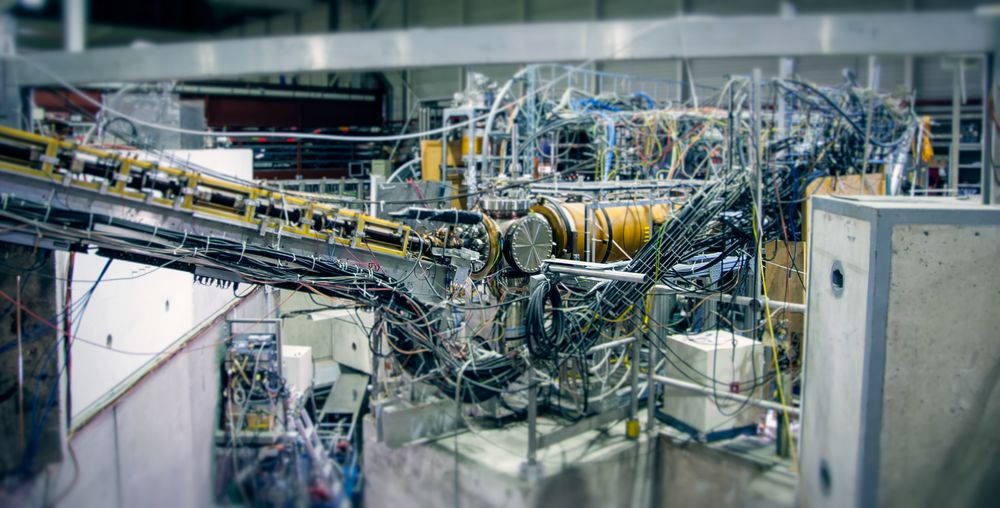 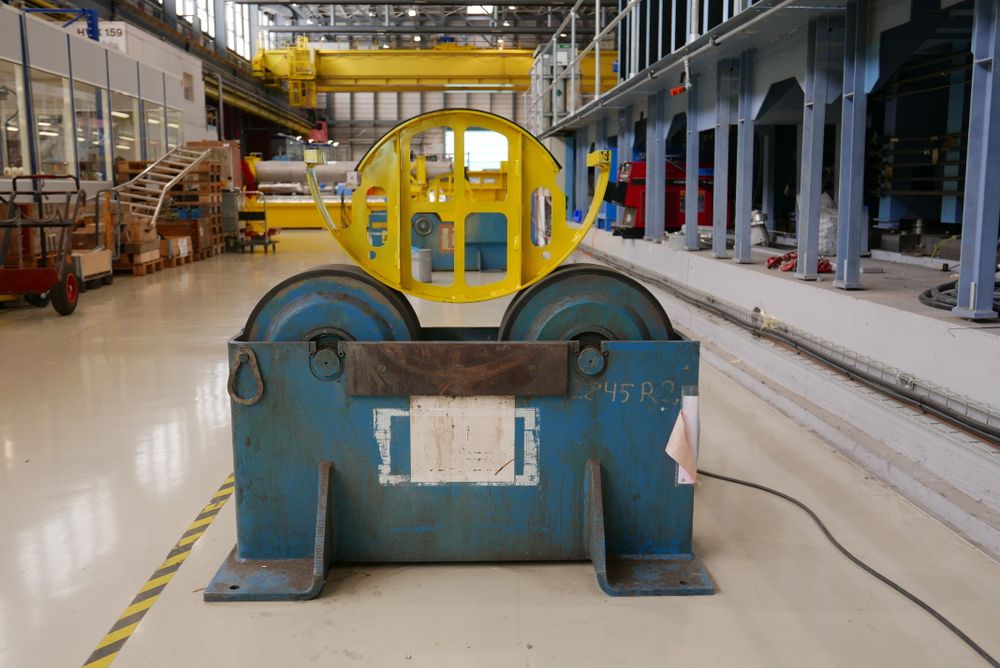 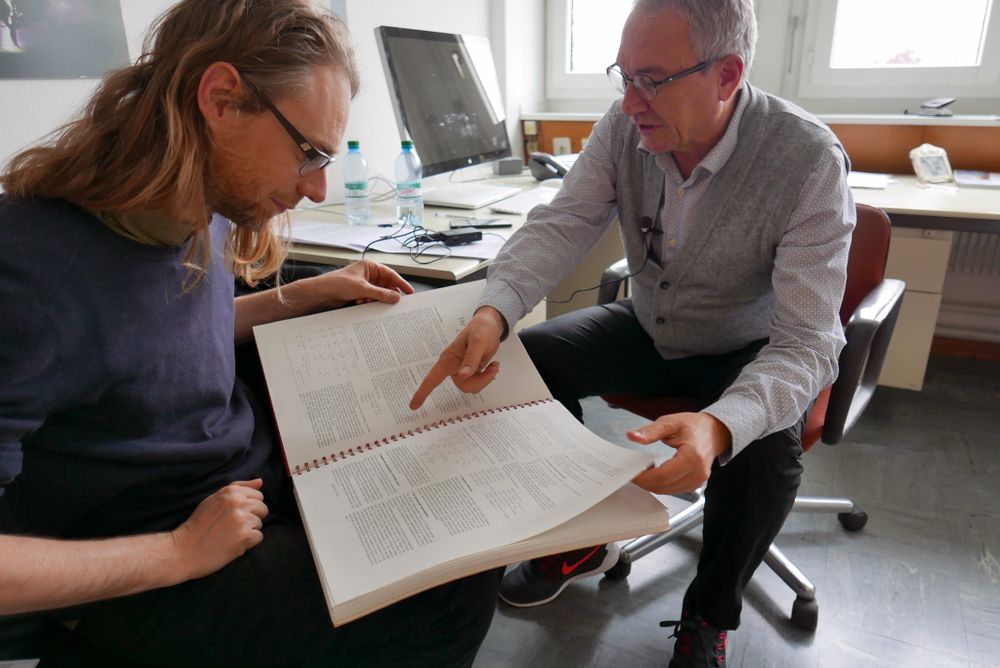 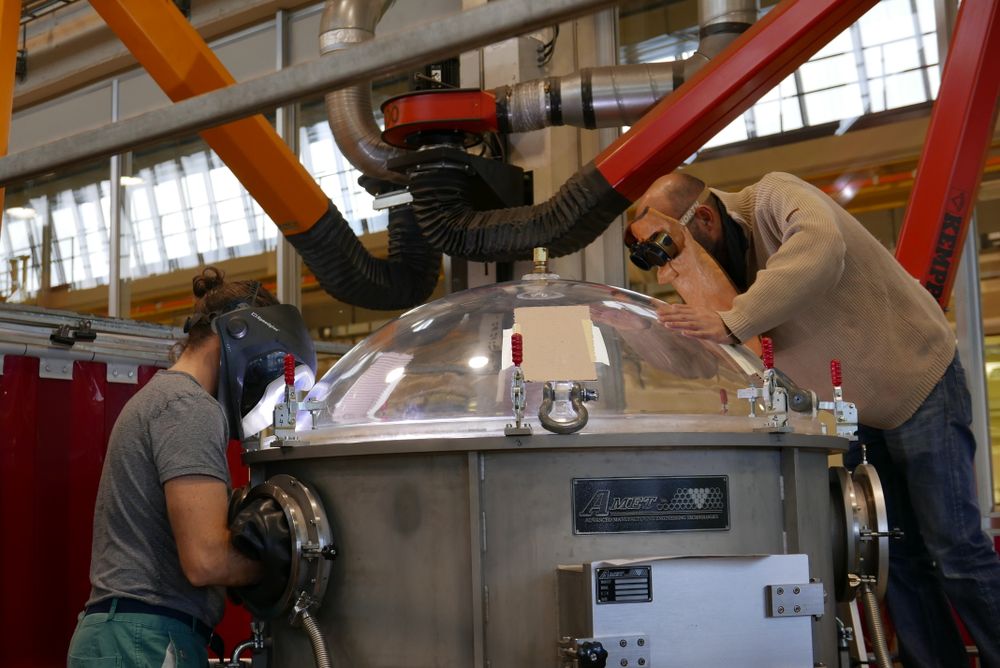 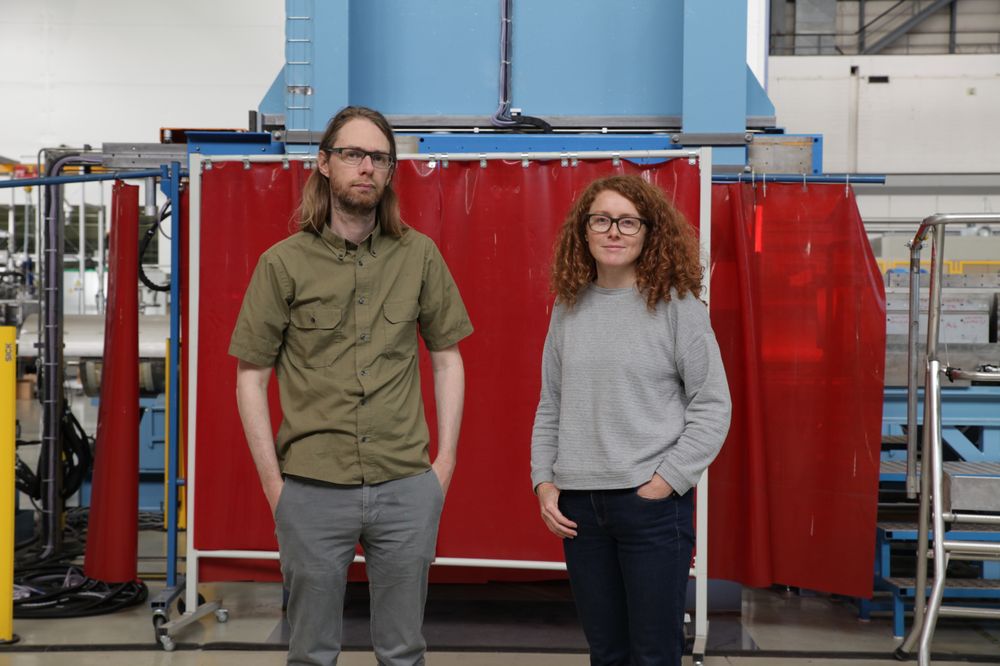 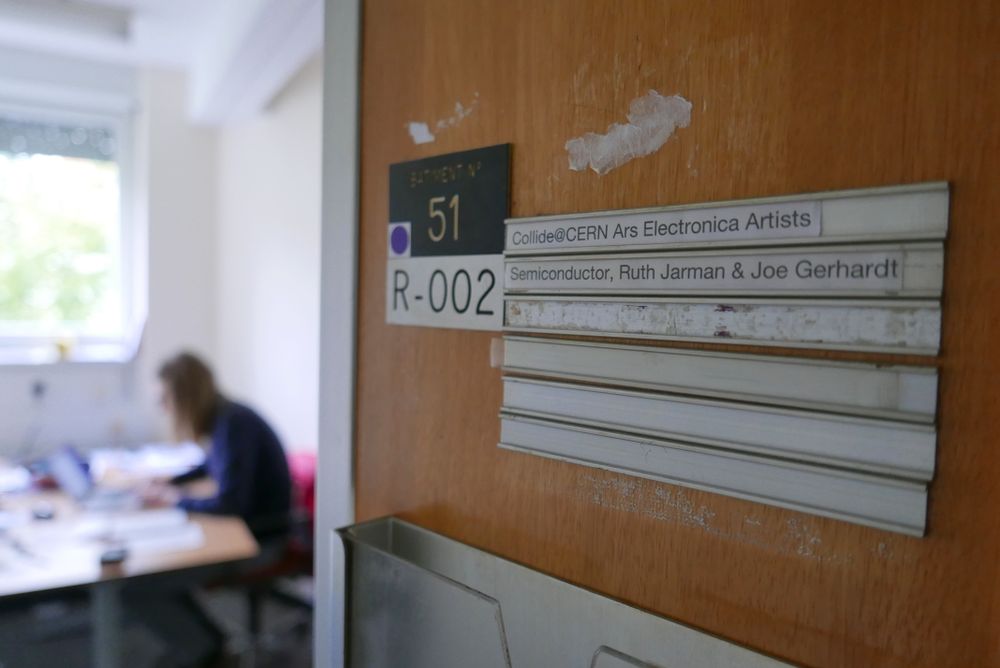 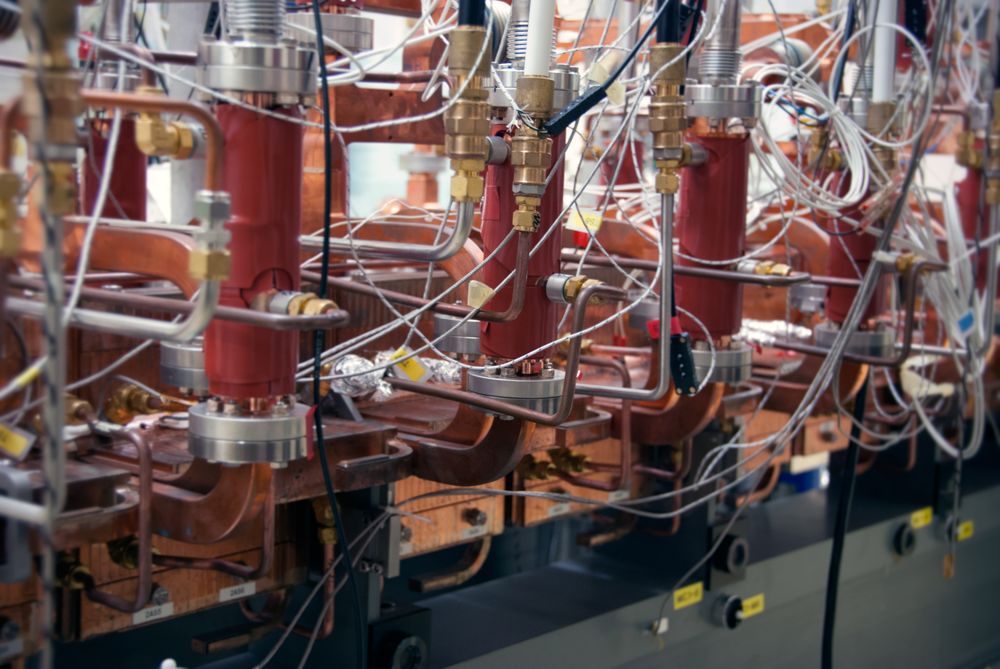 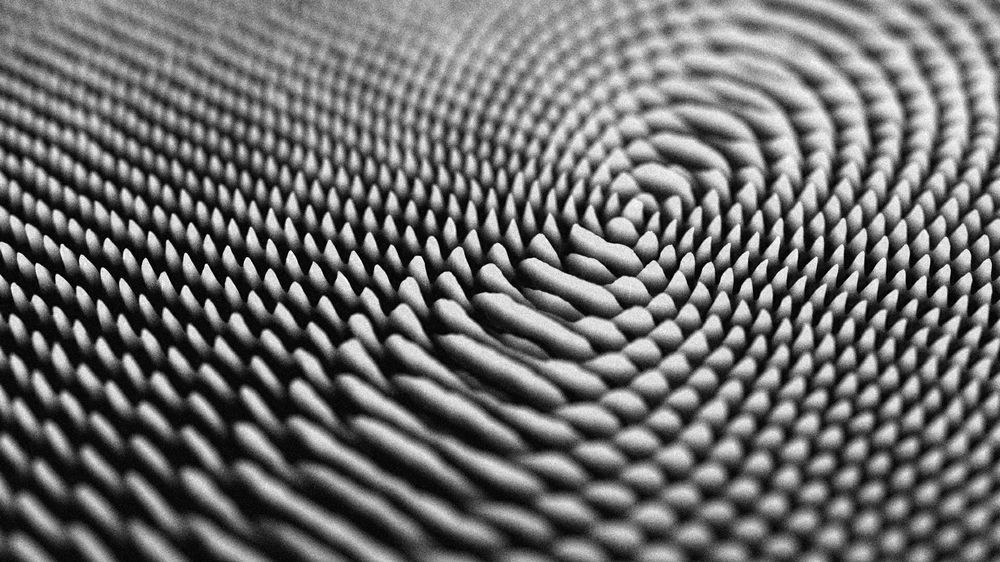 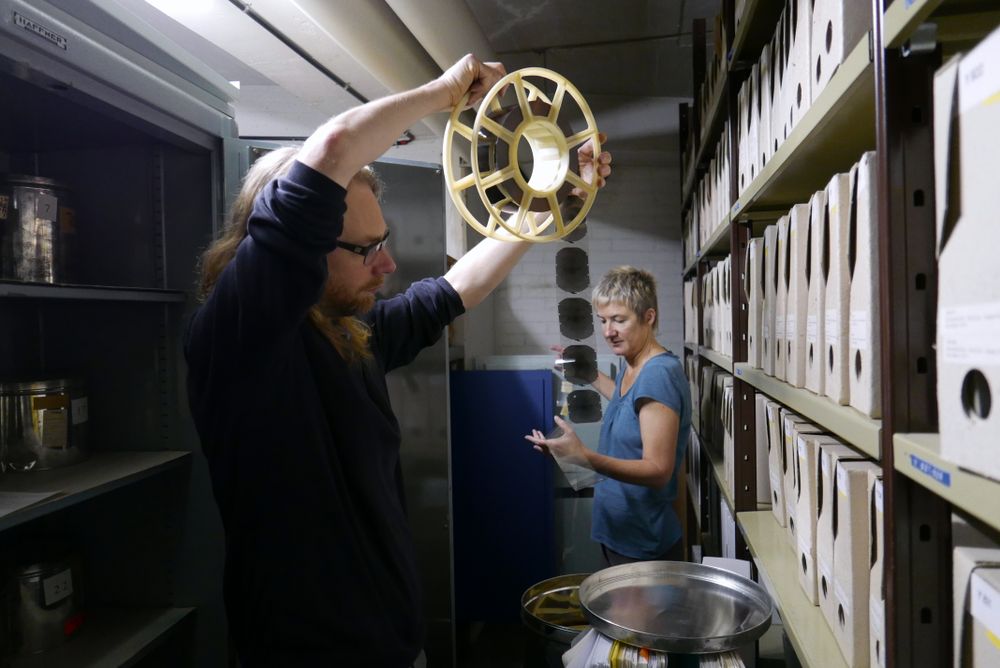 Title: Art & Science Residency at CERN | 4272 * 2856px | 4.2 MB | Credits: Semiconductor
In 2015, the long-term collaboration of Ars Electronica and CERN became part of the European Digital Art and Science Network and was renamed the Collide@CERN Ars Electronica Award. The open call for this award was the great opportunity to realize a new science-inspired project in a fully funded residency for up to two months at CERN, in Geneva, and one month at Ars Electronica Futurelab in Linz.

”The winning artists, the British artist duo Semiconductor, demonstrated in previous projects a broad sense of speculation, complexity and wonder, using strategies of analysis and translation of the phenomena into tangible and often beautiful forms. Semiconductor has a long track record of scientific research and previous collaboration with research institutes, e.g. NASA Space Sciences Laboratory in California and the Smithsonian Museum of Natural History. Semiconductor embraces processes that remind us of how our experience of science is framed by tools and artifacts. Their work brings together a deep understanding of materiality, data, and models of natural environments and phenomena. We believe that they will be greatly inspired by their time at CERN and the fundamental physics research being carried out there, and that similarly they will have an impact on the researchers working in the laboratory. In the proposal for their project A particular kind of conversation they express a specific interest in exploring quantum phenomena and the subjects of theoretical and experimental practice as carried out at CERN. We foresee multiple outcomes in a variety of media, which we hope will greatly impact the practice and the legacy of science-inspired art.“
Statement of the Jury

In fall 2015, the English artist duo started their two-month residency at CERN. During their residency, Jarman and Gerhardt aimed to create a digital artwork elaborating on the nature of the world and our perception of it, including consideration of how scientific instruments and particle physics discoveries influence our perception of nature.

We’re in the middle of an intensive journey at CERN, meeting many brilliant minds and bearing witness to incredible dedication, precision and openness at the boundaries of human endeavour. Our time here is precious and we have been cramming in all sorts of visits, meetings and interviews, to see where we may end up.
Much of our time has been taken up talking to theorists and then re-visiting these recorded conversations, not to necessarily learn about particle physics, although that’s a nice by-product, but to get a sense of what it is as a language, how the scientists talk about what they do, what it sounds like and how it functions. These talks are really leading the ideas we’re developing. We normally find ourselves looking towards the technology to reveal something about matter that exists beyond our everyday perceptions, but here, it is coming from the theorists. They describe things about the quantum world that shatter our illusions of reality.
We have come to realise that the theorists have access to a kind of extended reality through the models they make and the mathematics they use.

We’re interested in continuing this journey and exploring theoretical physics signature on the matter being studied, but at the moment we’re struggling with what is real. Beyond the complexities of the quantum we’ve been delving into other areas of CERN—of which there are many.

We’re interested in exploring how we experience the material nature of particle physics through the lens of science and technology, and this has meant trying to get to the bottom of what the experiments are capturing, how they do it, the materials involved in making it happen, how the data is captured, how it is analysed… One of the amazing things about CERN is its intriguing history, nearly all these things have been developed on site, and you can often find the people responsible, ready and willing to share their story.

It is a unique hermetic environment that makes for a positive model of people working together to achieve remarkable things. We have been talking to experimenters, software developers, hardware manufacturers, programmers, magnet experts, archivists and visiting workshops, anti-matter factories, control rooms, magnet facilities and networks of tunnels.

We have also begun to film some of the processes we have been observing and are experimenting with ways to visually explore CERNs unique language of science.
Source: www.aec.at/aeblog/en/2015/08/13/semiconductor/

As a result of their residency at CERN and Futurelab, Semiconductor presented their work in the framework of the Elements of Art and Science Exhibition at Ars Electronica Festival 2015.


(Source: The Practice of Art and Science, p 29.)
Report at the Beginning
Ruth Jarman and Joe Gerhardt, two English artists collaborating under the name Semiconductor, are this year’s recipients of the Collide@CERN Ars Electronica Award. In the coming months, they will begin a two-month residency at CERN, the world’s largest particle physics research facility in Geneva. Then, their next stop is Linz, where they will spend a month at the Ars Electronica Futurelab.

During their residency, Gerhardt and Jarman aim to create a digital artwork elaborating on the nature of the world and our perception of it, including consideration of how scientific instruments and particle physics discoveries influence our perception of nature.

The Collide@CERN Ars Electronica jury, formed by Mónica Bello (ES), Michael Doser (AT), Horst Hörtner (AT), Gerfried Stocker (AT) and Mike Stubbs (UK) has selected the British artist duo Semiconductor (Ruth Jarman and Joe Gerhardt) as the winners of the international competition to provide them with a fully funded 2-months residency at CERN in Geneva and 1-month at Ars Electronica Futurelab in Linz. Kerstin Ergenzinger (DE) and Antje Greie-Ripatti (DE) were chosen as the two Honorary Mentions in this fourth edition of the prize. A good field of 161 projects from 53 countries was reviewed by the jury leading to a great debate, discussing what was of value and who would gain most from the opportunity from the Collide@CERN Ars Electronica Award. The winning-artists managed to demonstrate through their previous projects a broad sense of speculation, complexity and wonder, using strategies of analysis and translation of the phenomena into tangible and often beautiful forms.