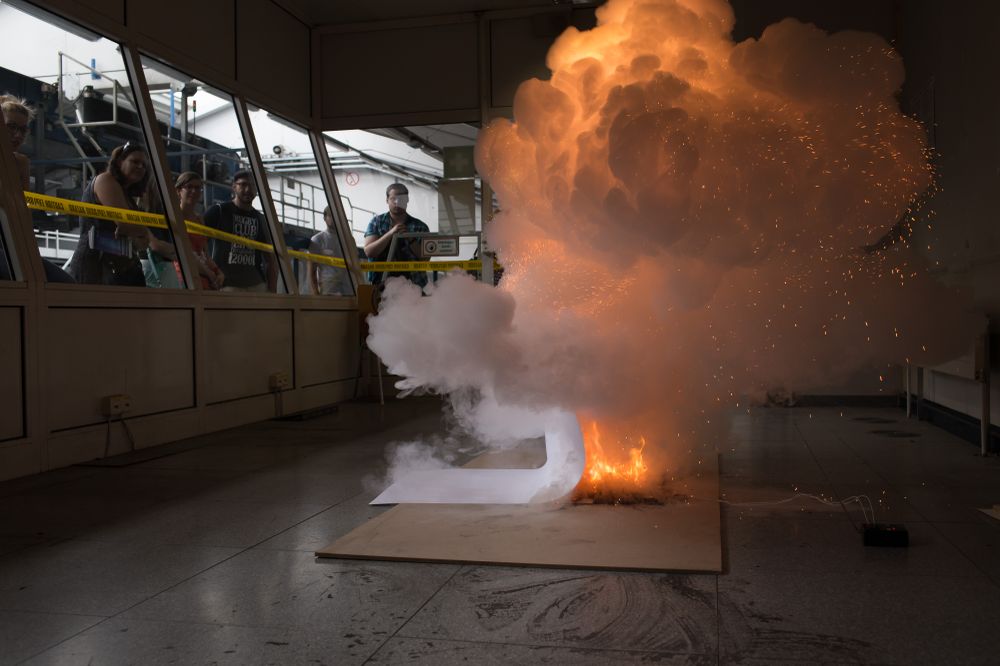 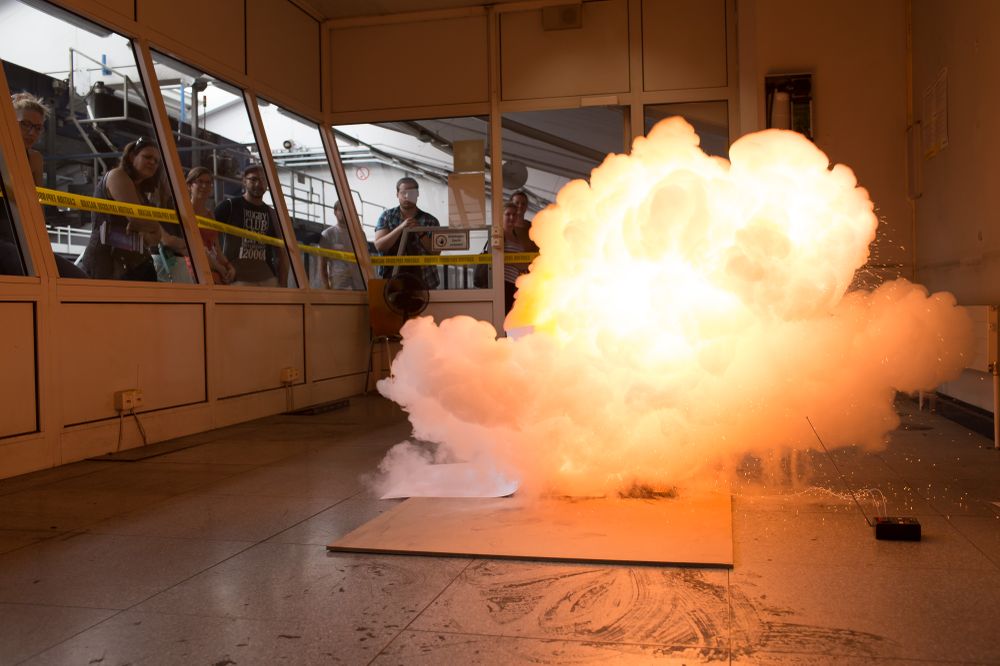 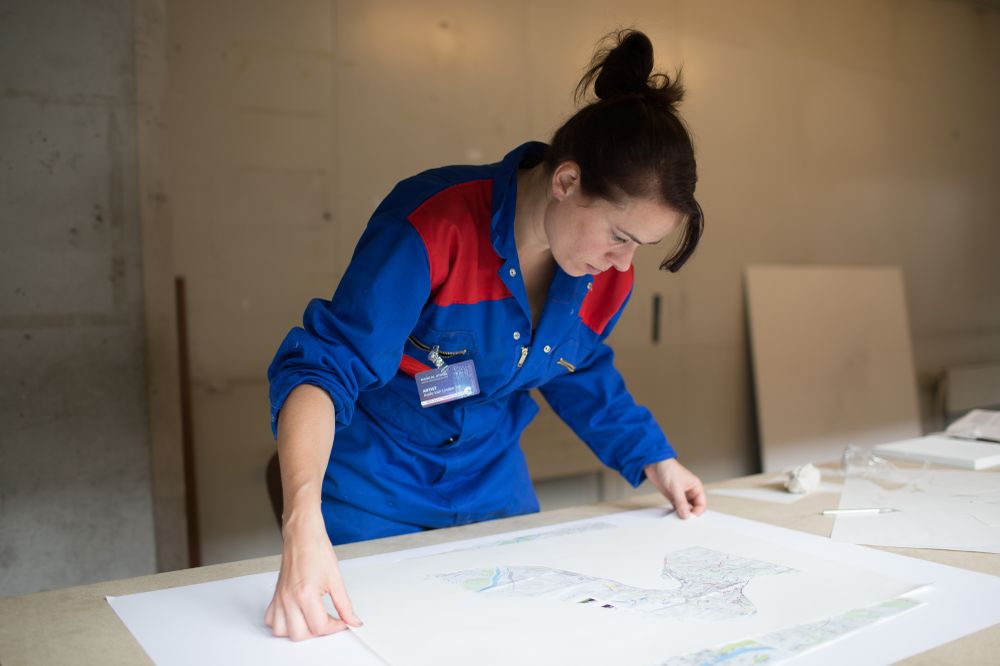 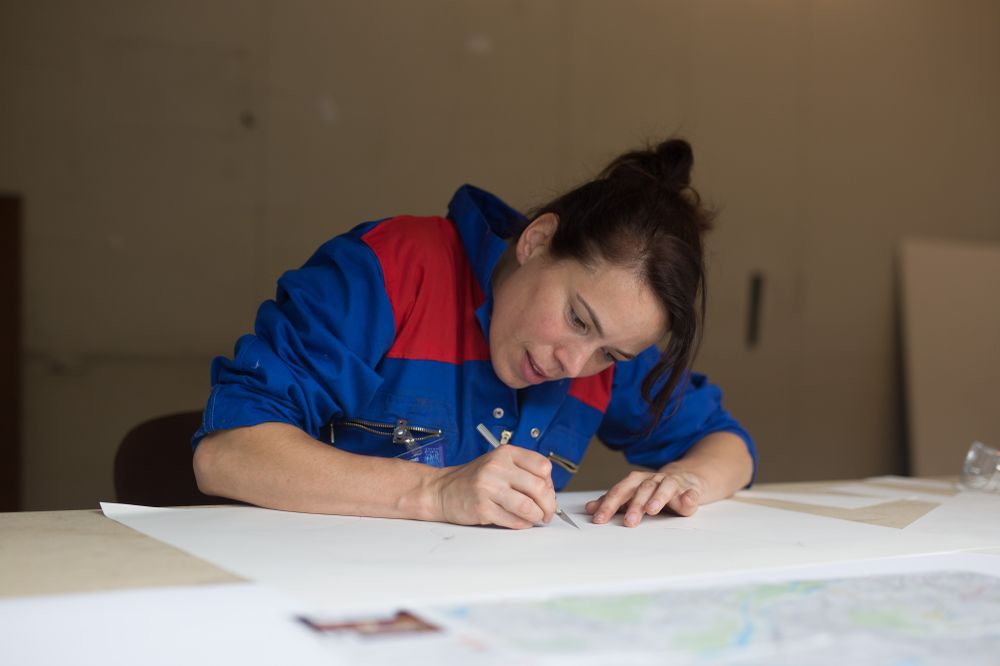 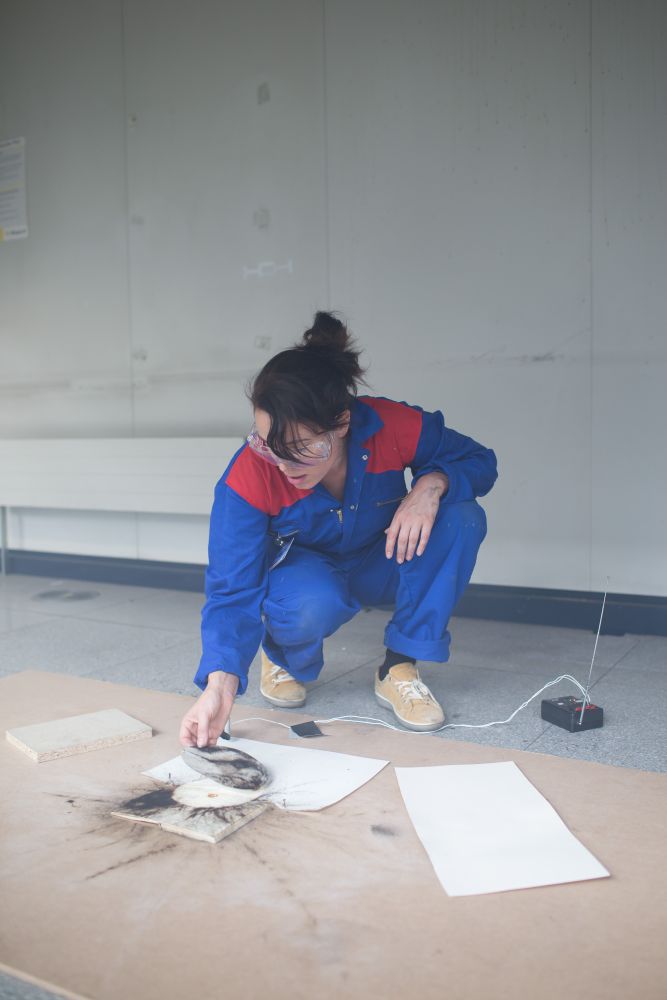 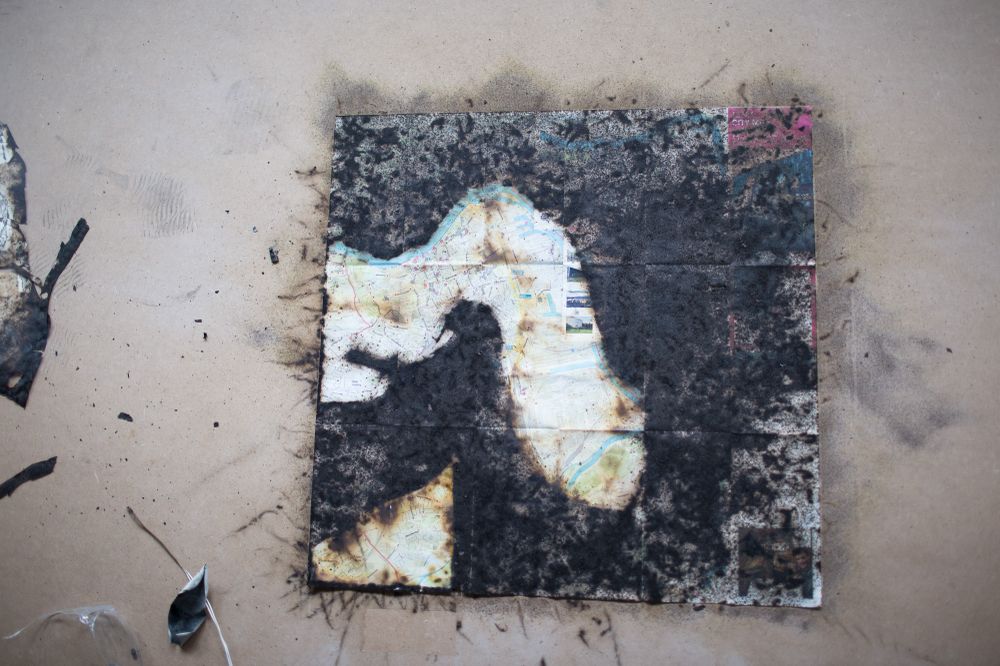 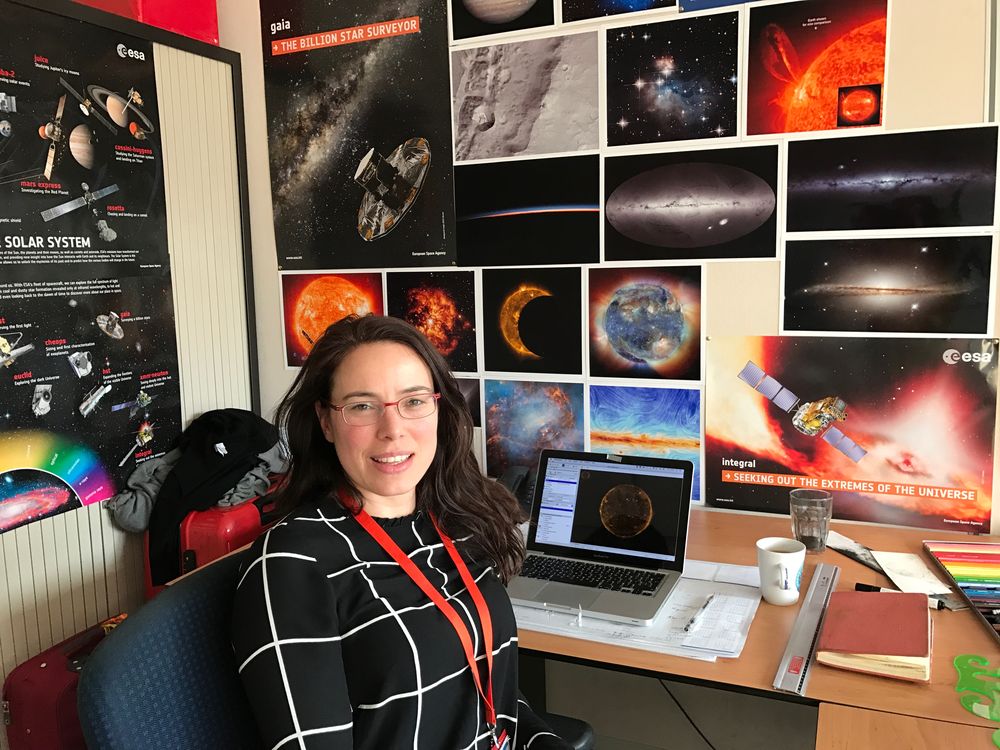 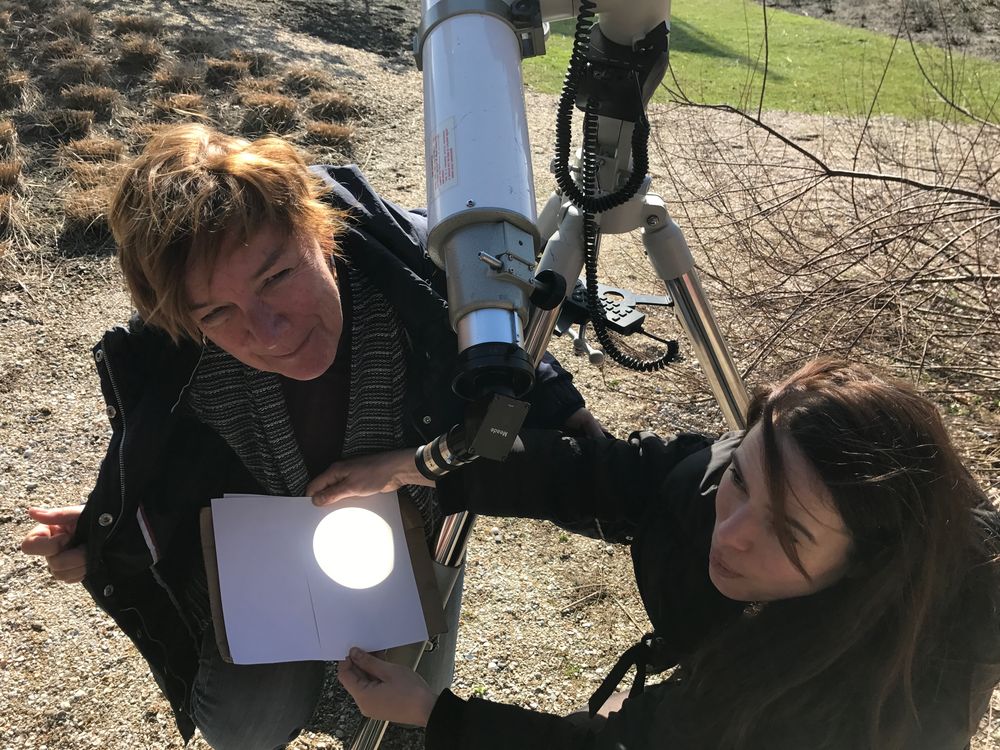 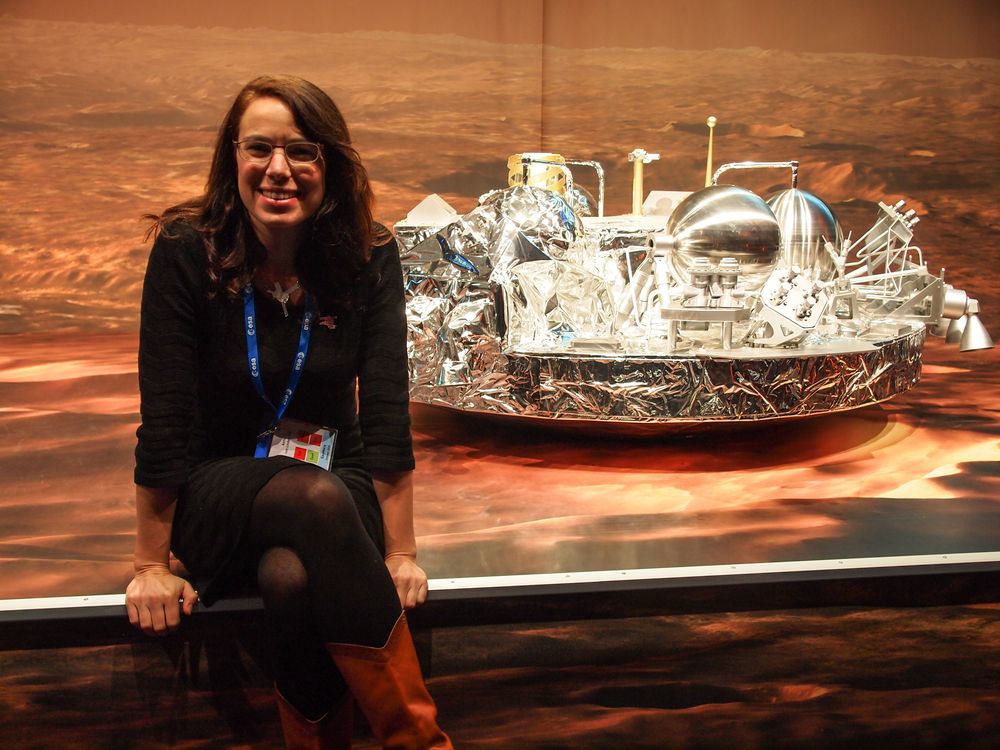 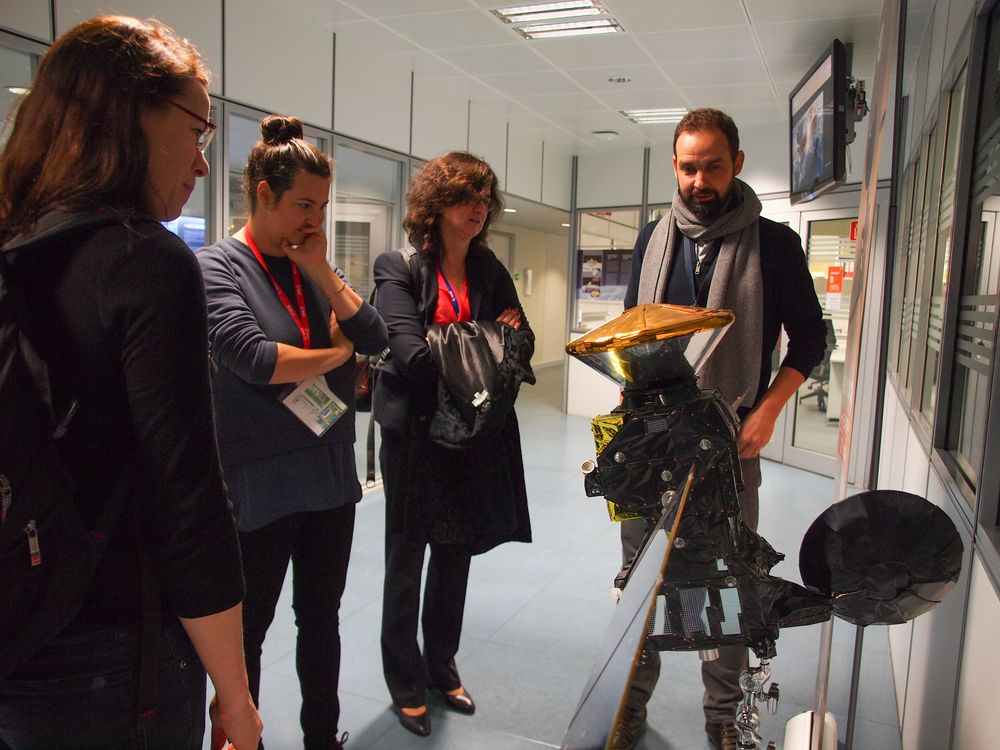 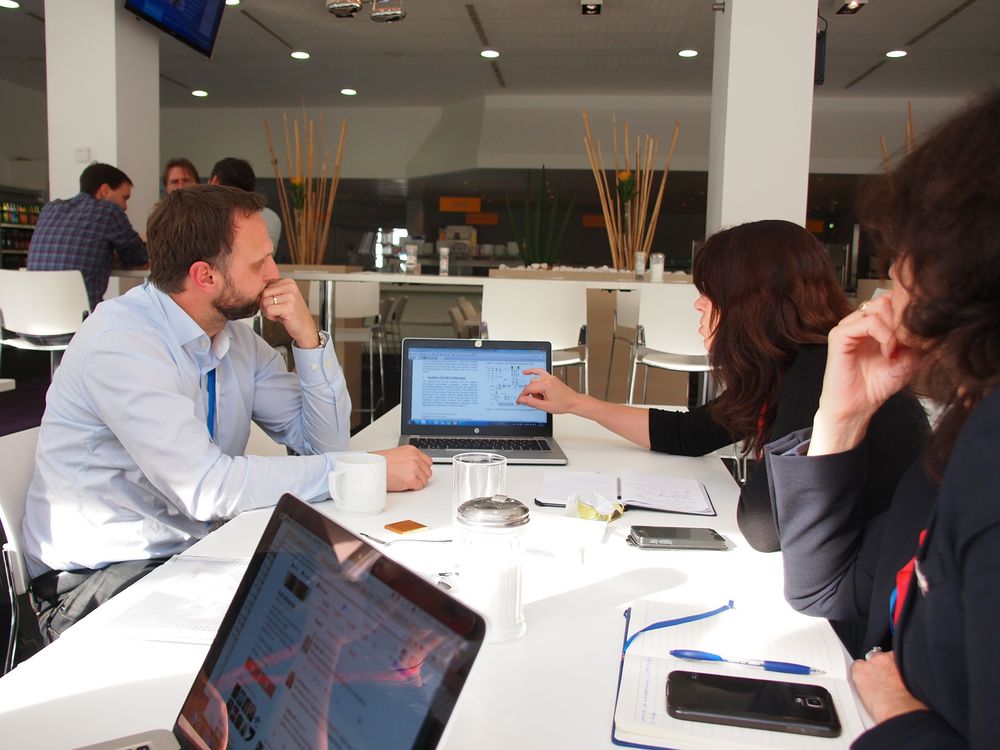 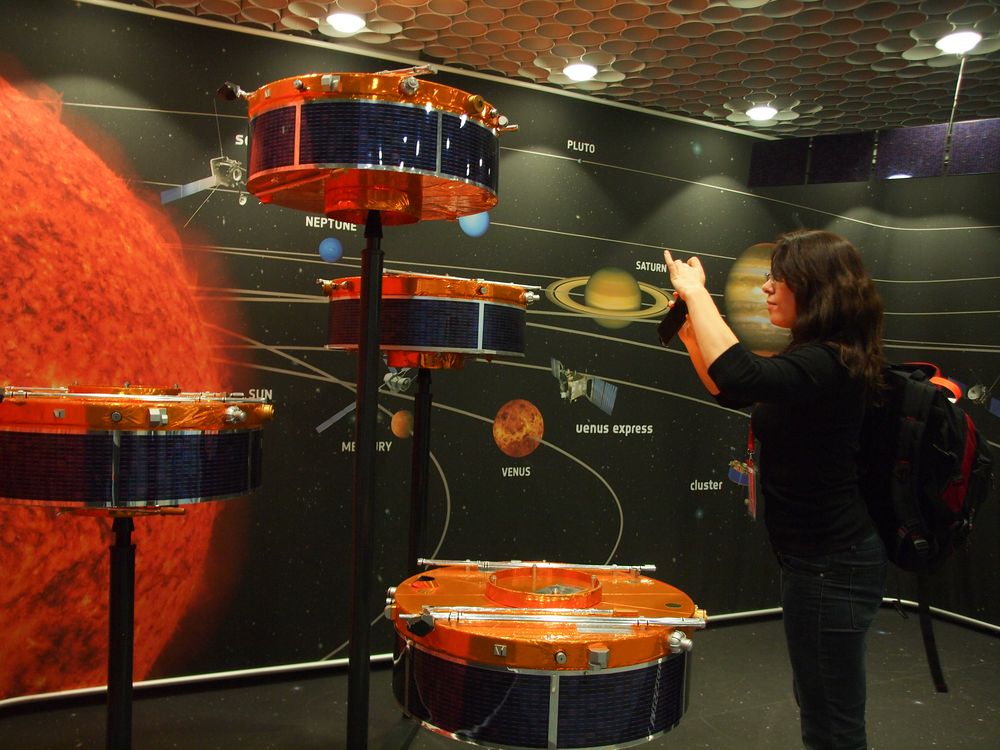 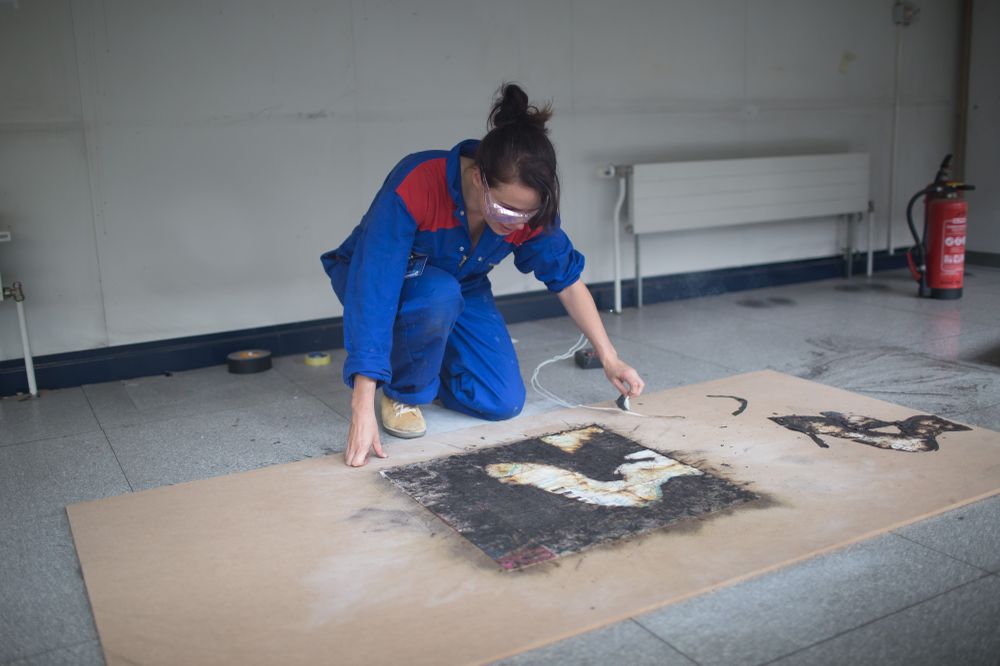 The Jury meeting was held at Ars Electronica in Linz from 08.07. – 09.07.2016 and the Jury included Gerfried Stocker, Horst Hörtner (both Ars Electronica), Claudia Mignone and Karen O’Flaherty (both representing the European Space Agency), Dobrivoje Lale Eric (Center for the Promotion of Science), Richard Kitta (DIG gallery), Karin Ohlenschläger (LABoral), and Jurij Krpan (Kapelica Gallery). In their statement they gave their reasons:

“Aoife van Linden Tol is a multidisciplinary artist working primarily with explosive media and inspired by different scientific disciplines like chemistry, physics, and cosmology. By using explosions as a creative way to explore not only concepts of time, density, and matter but also deep human emotions, she is able to create beautiful and poetic as well as strong and devastating moments and experiences in art. With her project Star Storm, which tackles the life-cycle of stars and the physical processes of stellar formation and evolution across the Universe, she was able to convince the jury that she is the right artist for this first opportunity of a residency at the ESA’s European Space Research and Technology Centre. What impressed the jury the most was her individual approach in asking and exploring fundamental questions about our Universe”.
Statement of the Jury

“From the Big Bang to solar mass ejections and supernovae, the spacescape is alive with explosions. With Star Storm I plan to use explosives to describe some of the physics of the stars and of our Sun in particular. I have an instinct about how I will do this but actually the design will come directly from the research at ESA. For example, one of my interests is the journey that light and other particles from stars take in their lifetime, traveling across the Universe and then interacting with our atmosphere and the Earth. I wonder if I can describe this journey as one of the performances.“

Questioned on her plans for the residency at ESTEC and at Ars Electronica Futurelab, Aoife van Linden Tol replied:

”ESTEC is very much about learning for me. Absorbing information, asking lots and lots and lots of questions. I am a little worried that I am going to drive them crazy! All the research will help to design a new body of work including the explosive performances for Ars Electronica 2017. Futurelab will very much be about experimenting. I will need to test all the techniques I have designed, which is quite a process. I would also like to discover new ways to trigger the explosions. I am very interested in how a tipping point is reached for a reaction to start. Perhaps the audience can create the electrical current needed for example.”
Source: https://www.aec.at/aeblog/en/2016/08/03/aoife-van-linden-tol

(Source: The Practice of Art and Science, p. 47-48)
Aoife van Linden Tol (IE): Star Storm
Star Storm, a spectacular, site-specific explosive performance inspired by the processes of the stars, was presented at Ars Electronica Festival 2017 ARTIFICIAL INTELLIGENCE – The Other I in Linz. Using research from the European Space Agency on the composition, life cycle, magnetic behavior, and light production within stars, including our Sun, the artist designed a powerful and beautifully poetic experience. Taken on an emotional and physical journey, the audience witnessed a series of explosive and pyrotechnic events, each of which represented a specific phenomenon taking place every moment in stars all across the Universe. Each section of the performance is varied and distinct—creating a wonderful contrast of energy and experience from exciting to meditative, from durational to instant, from order to chaos, reflecting the Universe we live in and the discoveries we have made about it. The work incorporates cutting-edge technology, allowing the audience to trigger the electrical charge needed to initiate the explosive chain reaction, highlighting the tipping point at which equilibrium is instantaneously and irreversibly transformed. Star Storm aims to create a unique and lasting experience which gives audiences insights into the very nature of our universe and their own place within it.

(Source: The Practice of Art and Science, p. 49)
Biography
Aoife van Linden Tol (IE). Beginning in 2000, Aoife van Linden Tol’s work with explosives fused her interests in nature, cosmology, chemistry, and physics. A multi-disciplinary artist, her practice spans sculpture, installation, drawing, photography, film, and performance. She creates abstract works that often examine concepts of time, density, and matter as well as deep human emotions and motivations. She has exhibited internationally including at the ICA, London, the San Francisco MOMA, and the NGBK Berlin. Aoife has recently worked with Imperial College London, researching light spectra for a series in neon, and was invited by Disney to design a limited edition model Star Wars BB-8 robot that was auctioned by Force for Change charity, benefiting Great Ormond Street Hospital, London.