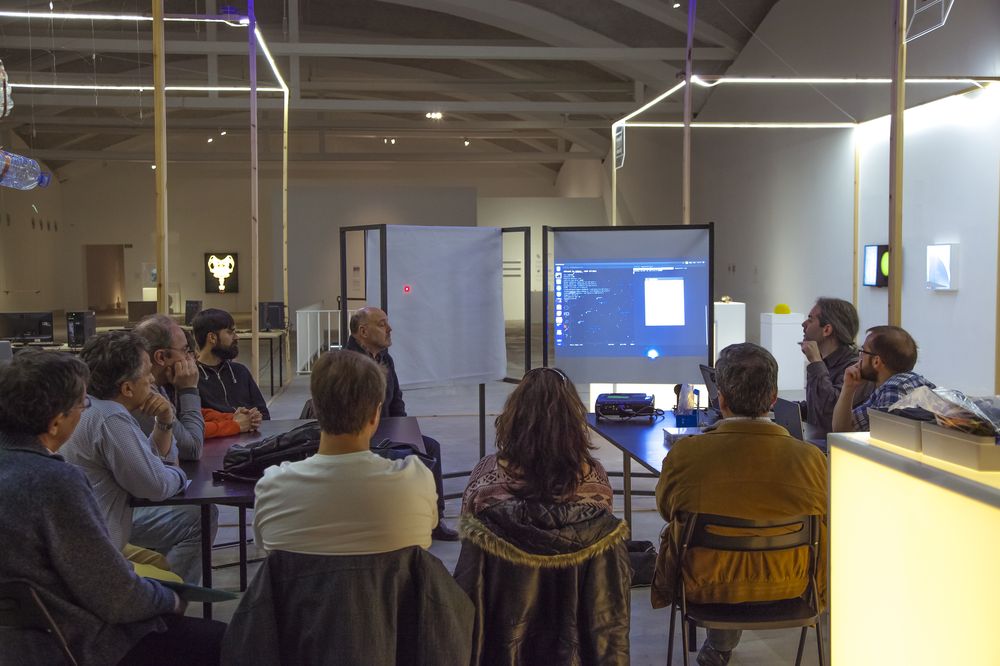 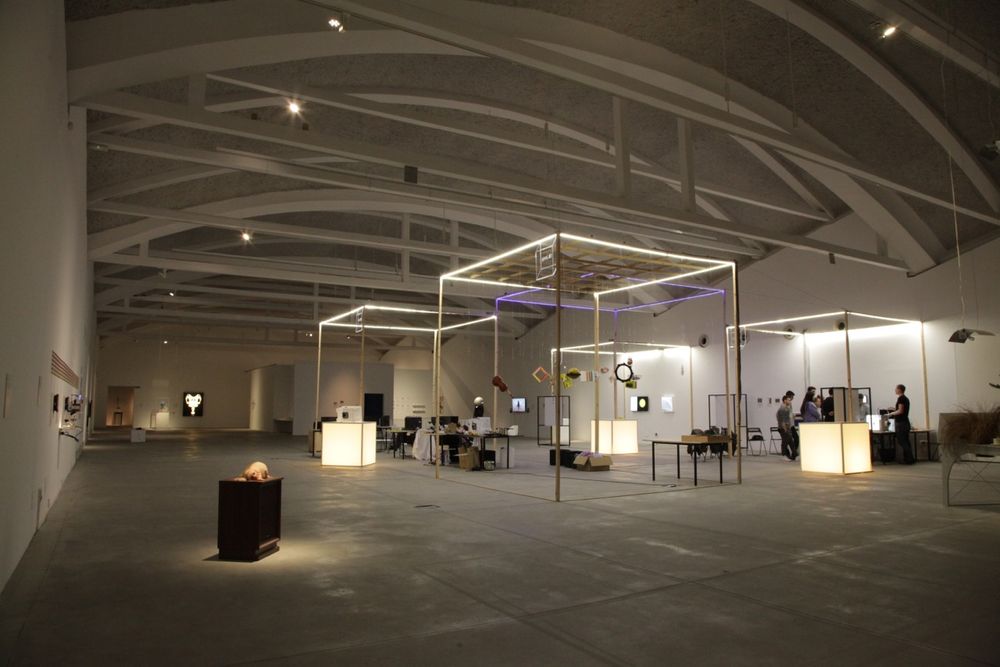 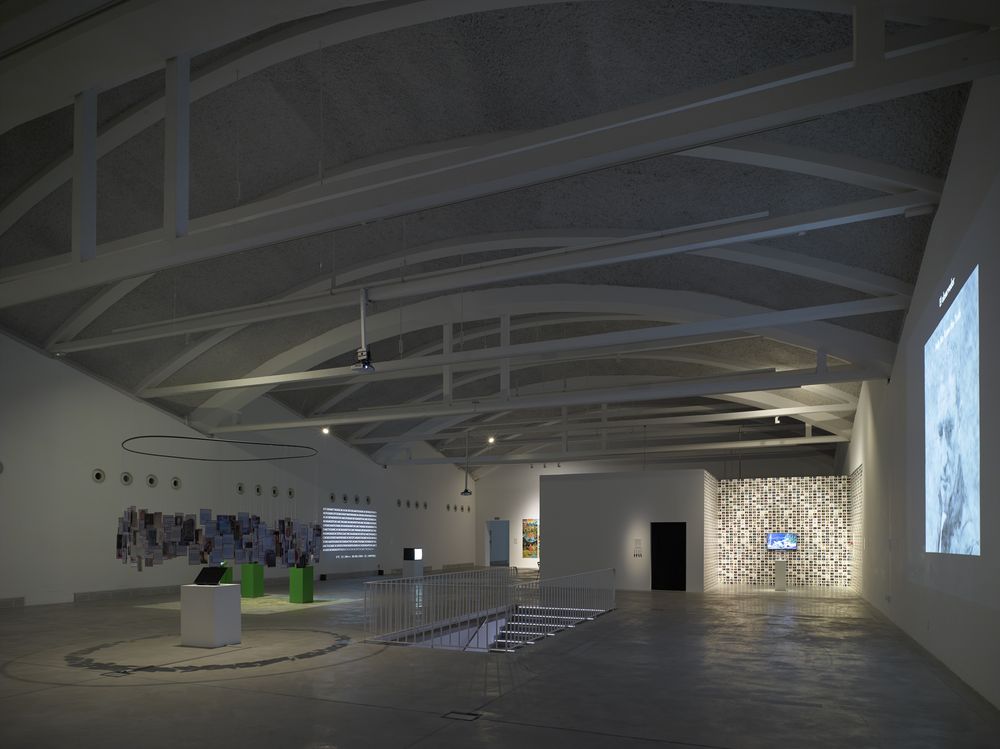 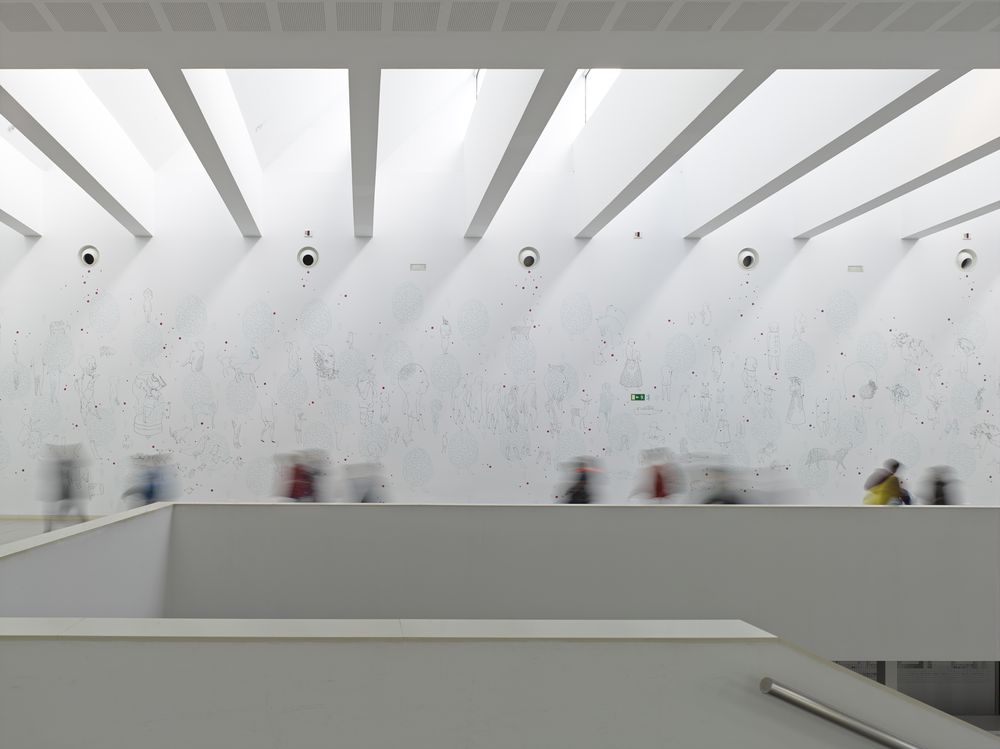 Title: Impressions from the MONSTERS OF THE MACHINE exhibition at LABoral | 8984 * 6732px | 21.4 MB | Credits: FotografIn: Morilla, Marcos | LABoral; shown artwork: The Brain of the Planet (2016) by Fernando Gutiérres
Credits: Digital Art & Science Network, LABoral
LABoral is a multidisciplinary institution which produces, disseminates and fosters access to new forms of culture rooted in the creative use of information and communication technologies (ICT). LABoral has been working in crossovers between arts, science and technology since its creation in 2007. The hybrid nature of the institution is seen through its focus on production, a practice that involves an intense knowledge exchange amongst professionals from different disciplines with a common objective. In this context, the collaboration with all these professionals has always been a new challenge, due to the differences and similarities between practices. Thus, this experience is to be shared, agreed and formalized, with similar hybrid institutions through the production of various research projects and related activities.
Links
Website: http://www.laboralcentrodearte.org/en
Facebook: https://www.facebook.com/LABoral.Arte/
Twitter: https://twitter.com/LABoral/
Blog Ars Electronica: https://www.aec.at/aeblog/en/2015/02/04/art-science-eine-kreative-reise-fuer-uns-alle/

LABoral Centro de Arte y Creación Industrial is a multidisciplinary institution focused on exchange and cooperation between art, science, technology, society, and the creative industries. It engages in research and development, education, production, exhibitions, and artist-in-residence programs. Launched in 2007, the center is located in the Knowledge Mile of Gijón, on the perimeter of the eastern side of the city, between the technological campus of the Universidad de Oviedo and the Science and Technology Park of Gijón, where the most advanced companies and research projects in Asturias are situated alongside different cultural institutions.
Conceived as a unique project among art centers in Spain, LABoral functions as a technological and sociocultural open lab for research, development, and innovation, based on a cross-sectional approach comprising different fields of knowledge, communities, and practices. So it constitutes a node for integrated and distributed research carried out through its various programs of production, exhibition, education, and communication. Throughout the last decade, large thematic events have highlighted some of the key themes related to art, science, and digital culture: from historical reviews of the origins of interactivity, shown in retrospective exhibitions such as Feedback, to analysis of the most innovative domains of video game culture, exhibited in Gameworld, Playware and Homo Ludens Ludens.
These exhibitions and other comparative explorations related to traditional concepts and emerging parameters of digital culture and science, were developed in process as paradigm, Experimental Station, datamatics by Ryoji Ikeda and banquete_nodes and networks, with reference to Santiago Ramón y Cajal and Manuel Castells.
The exhibitions developed at LABoral through the EDASN program led new incursions into artistic and scientific practices through an extensive program of seminars, workshops, and the exhibition Material Prima in 2016. The show Monsters of the Machine examined the role of women in art and science, with a tribute to Mary Shelley’s Frankenstein, raising the challenges and concerns of society in the face of the scientific and technological advances of the twenty-first century. LABoral Centro de Arte y Creación Industrial is a multidisciplinary institution that produces, disseminates, and fosters access to new forms of culture emerging from the creative use of ICTs. Its cross-cutting program targets all audiences with the ultimate goal of generating and sharing knowledge.