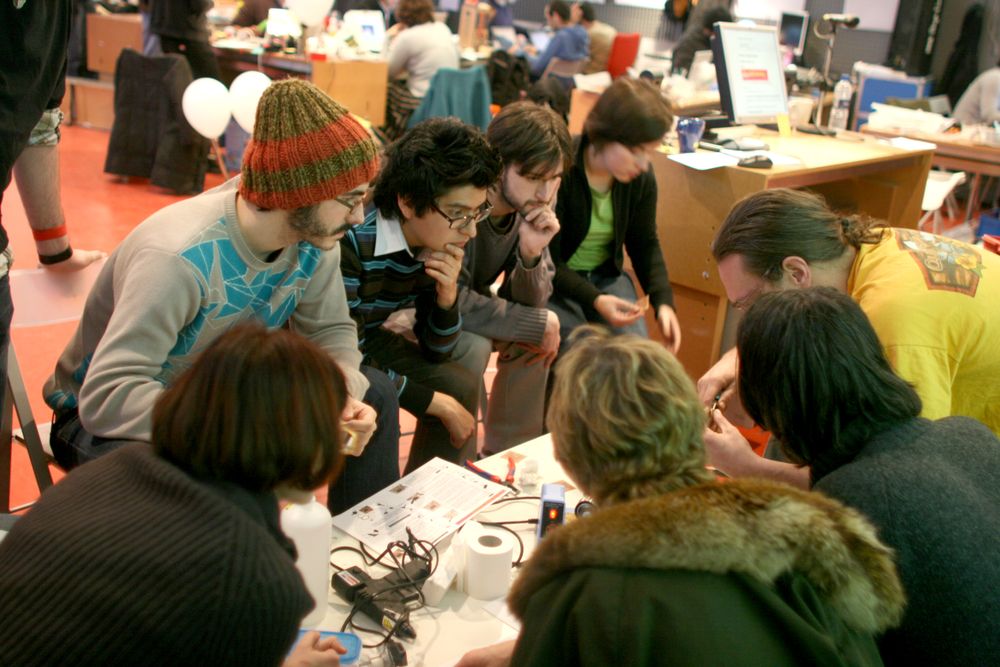 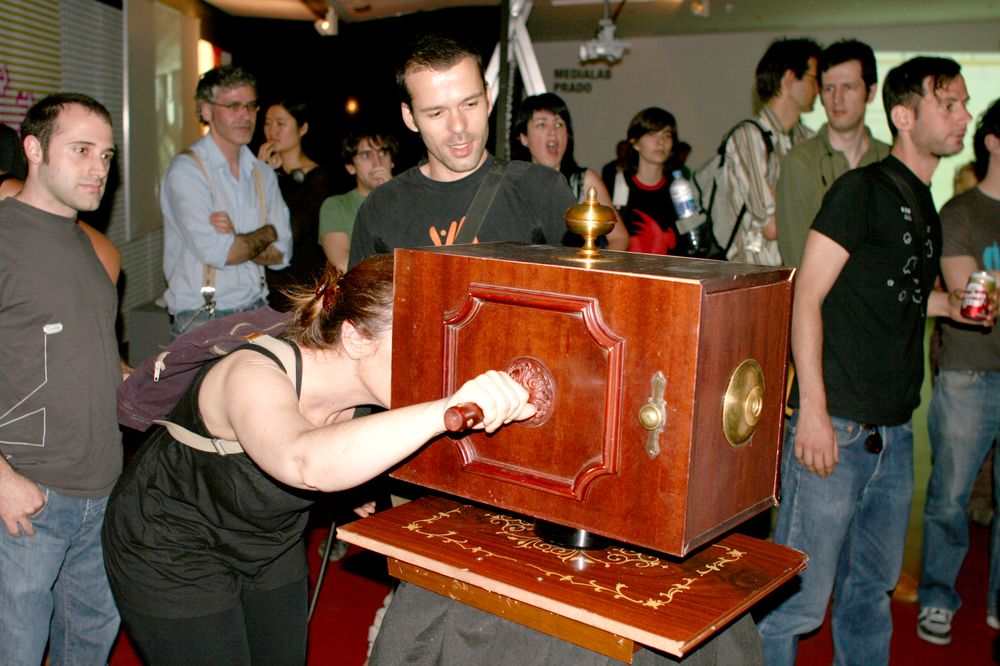 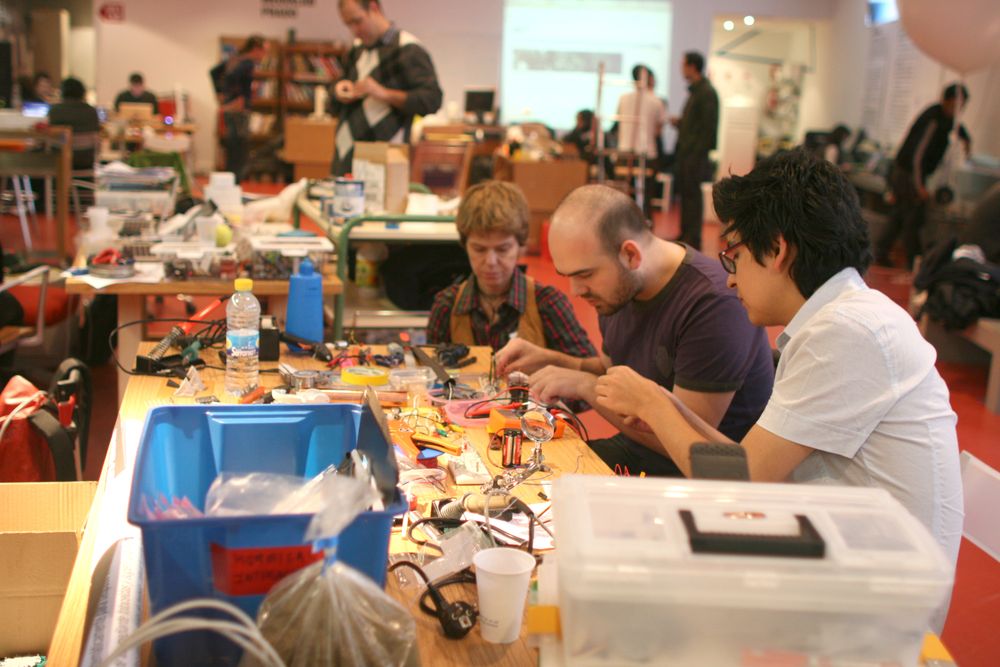 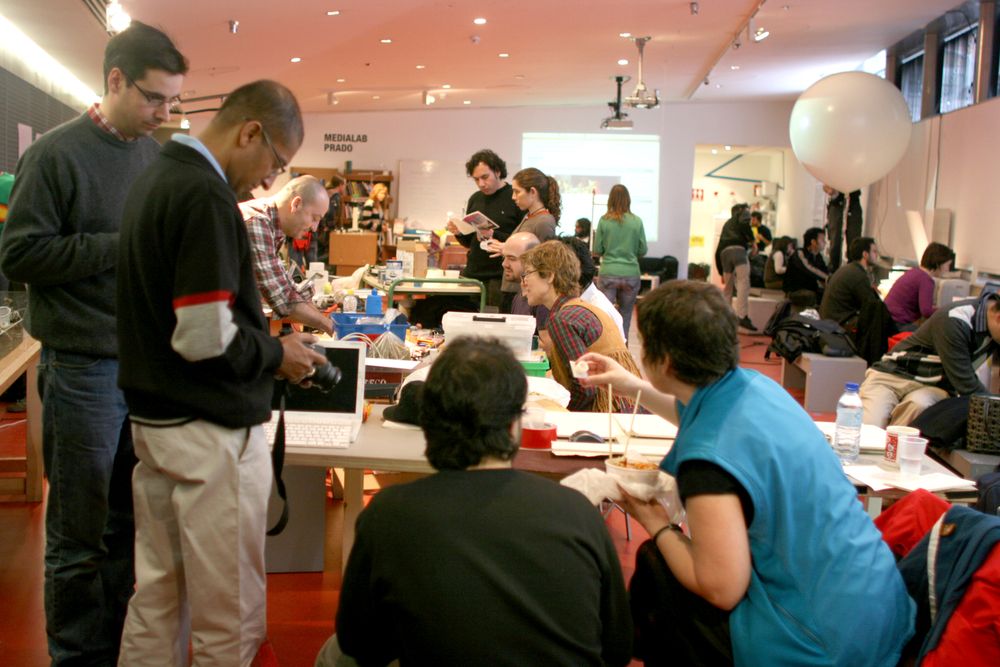 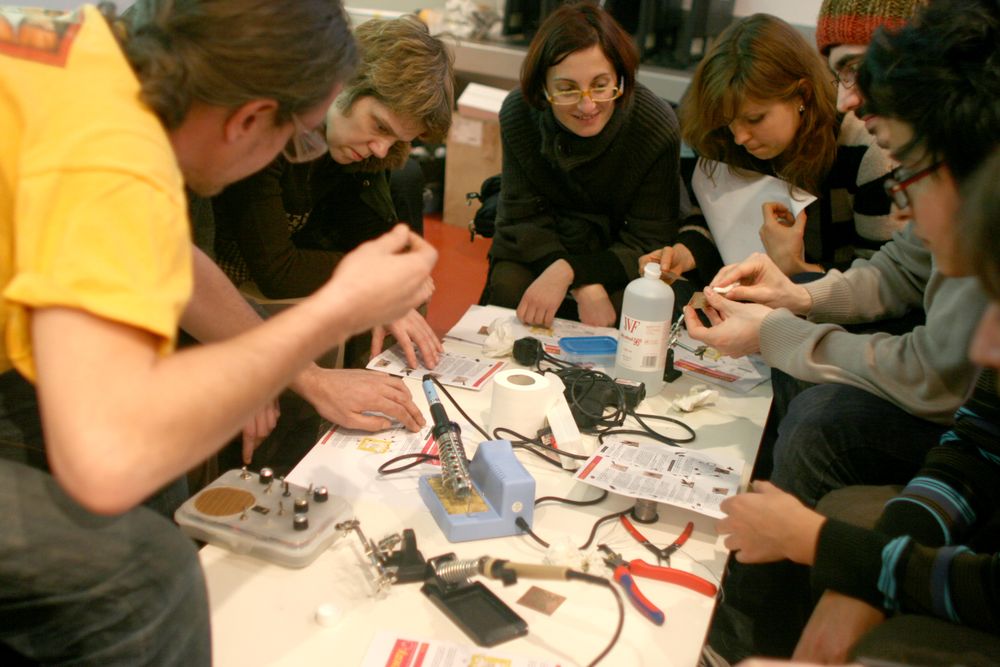 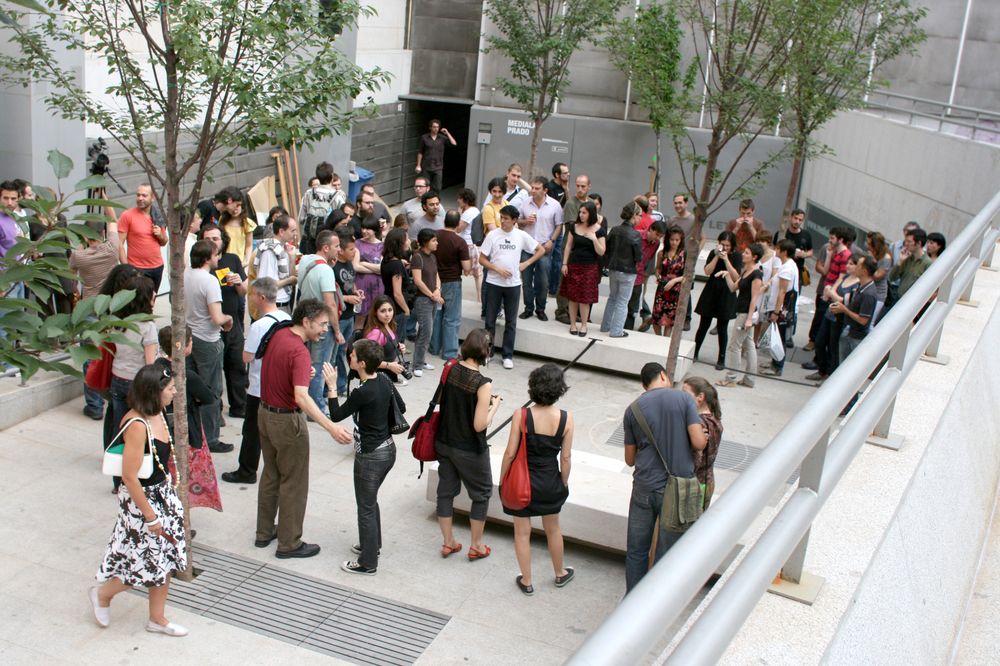 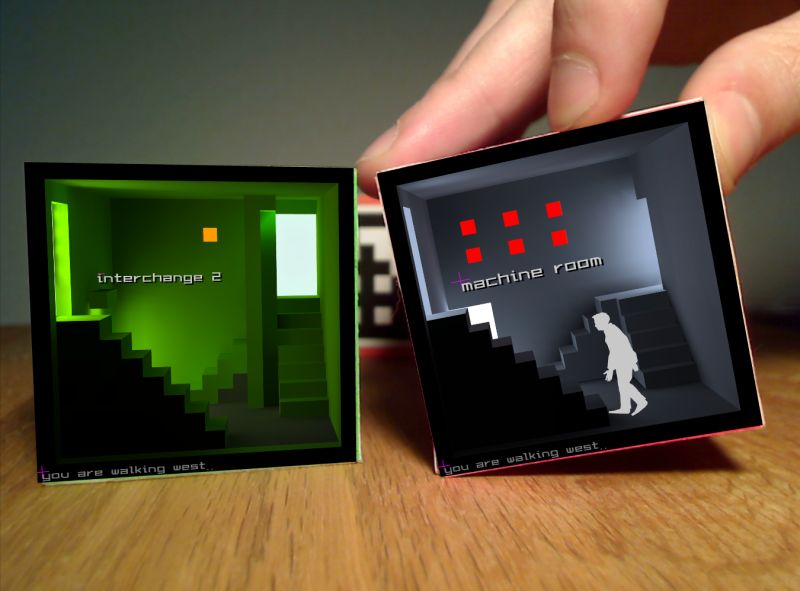 Original: level_head_julian_oliver.png | 800 * 591px | 412.3 KB
“Interactivos?” is an open research and production platform for the creative and educational uses of technology, focused on the collective creation using open hardware and open software tools. Its goal is to experiment with the use of electronics and software for artistic, design and educational projects, thus contributing to the development of an international network of interconnected local communities of cultural producers in this field.
“Interactivos?” events are a hybrid between a production workshop, a seminar and a showcase. A space for reflection, research and intensive collaborative work is created in which several projects previously selected by an international open call are developed in transdisciplinary work groups composed by the author of the proposal and the interested collaborators. Within two weeks, the works are completed and set up in an exhibition. The process is open to the public from beginning to end: visitors are introduced to projects and people can become collaborators at any time.
Inspired by the organizational models of free software development communities and open-space technology, in “Interactivos?” the physical space acts as an accelerator for the exchange of ideas and for the emergence of answers to complex problems within a short period of time.

The question mark in the title challenges the promise of interaction and participation in the so-called “interactive art”, where participation is often understood as a choice between a few given options. The “Interactivos?” methodology emphasizes the collaborative production processes, in an environment where participants get the opportunity both to learn and to teach different knowledge and skills, and the chance to “do it themselves” with the help of others.

Since the platform was formed in 2006, the “Interactivos?” model has been replicated in several locations all over the world and has served as a catalyst for an international network of collaborations and contacts among local and international agents.
MediaLabMadrid: Laura Fernández, Marcos Garcia
(1. Workshop entwickelt in Zusammenarbeit mit: David Cuartielles, Zachary Lieberman, Hans-Christoph Steiner)
Weiterentwicklung durch: Medialab-Prado
Interactivos? / MediaLabMadrid. The “Interactivos? ” project was started by Laura Fernández and Marcos García as an evolution of the activities developed within the educational program of MediaLabMadrid. The first workshop, in May 2006, was developed as a close collaboration with the artists and developers David Cuartielles, Zachary Lieberman and Hans-Christoph Steiner. Medialab-Prado has continued improving this model by celebrating new editions of “Interactivos? ” in Madrid and other places.