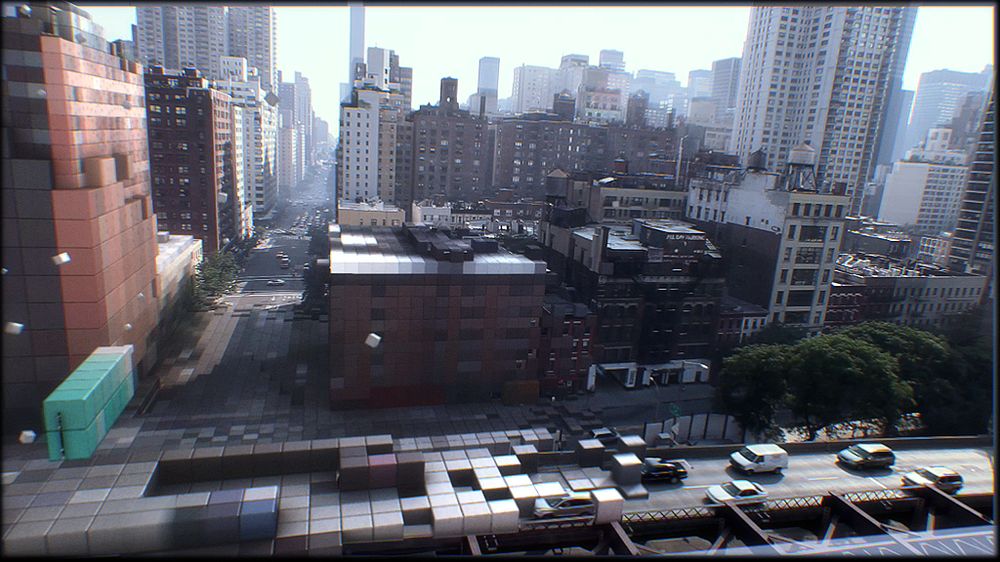 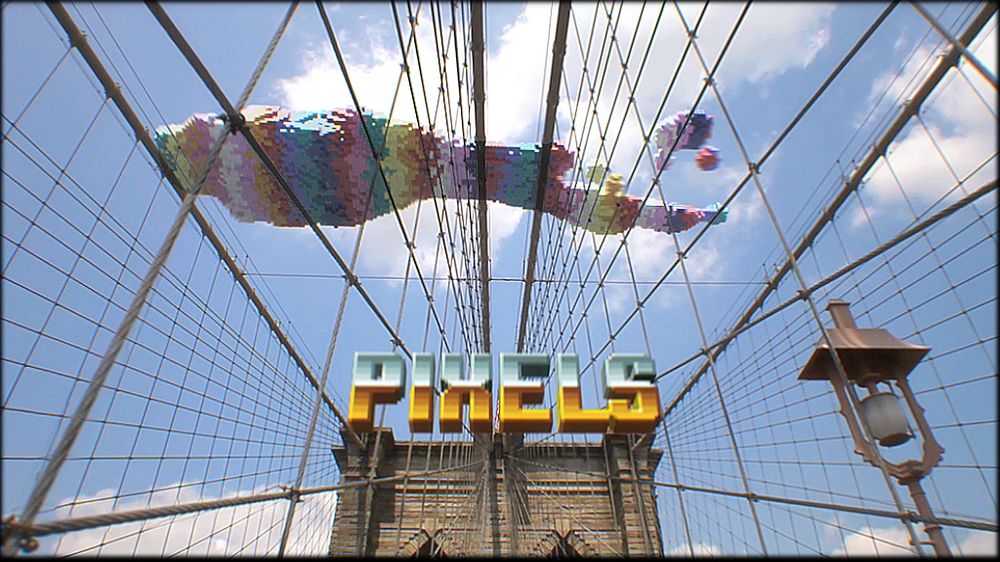 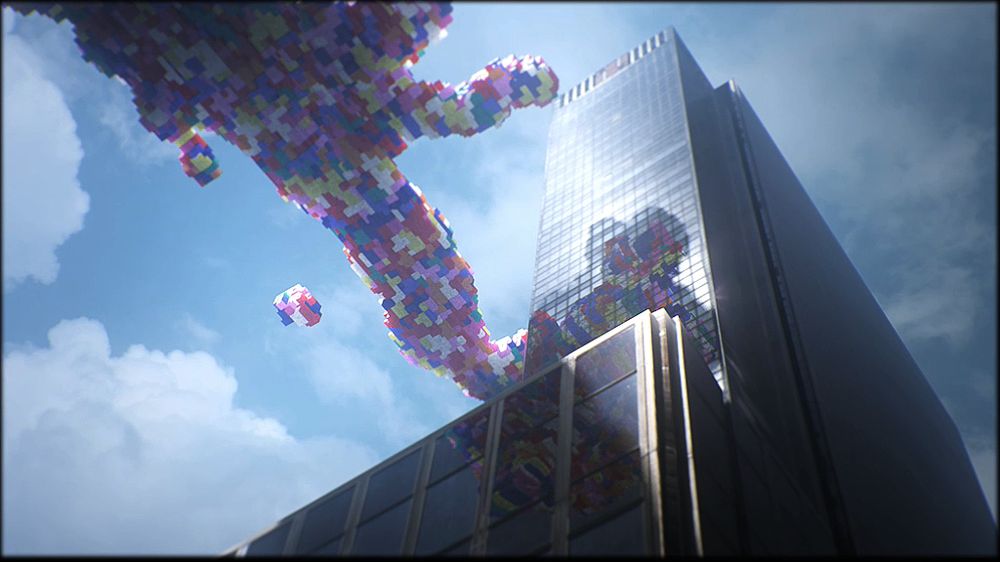 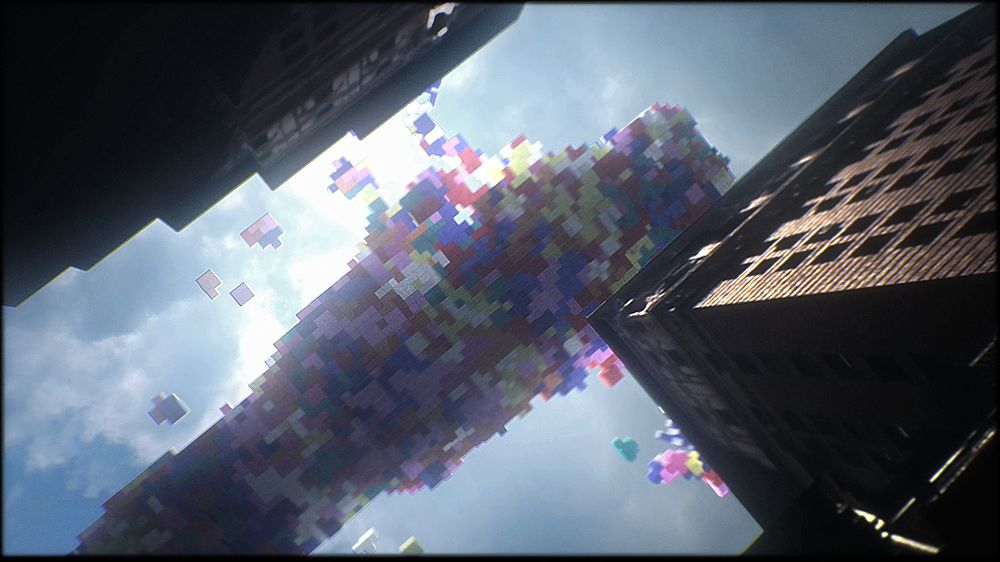 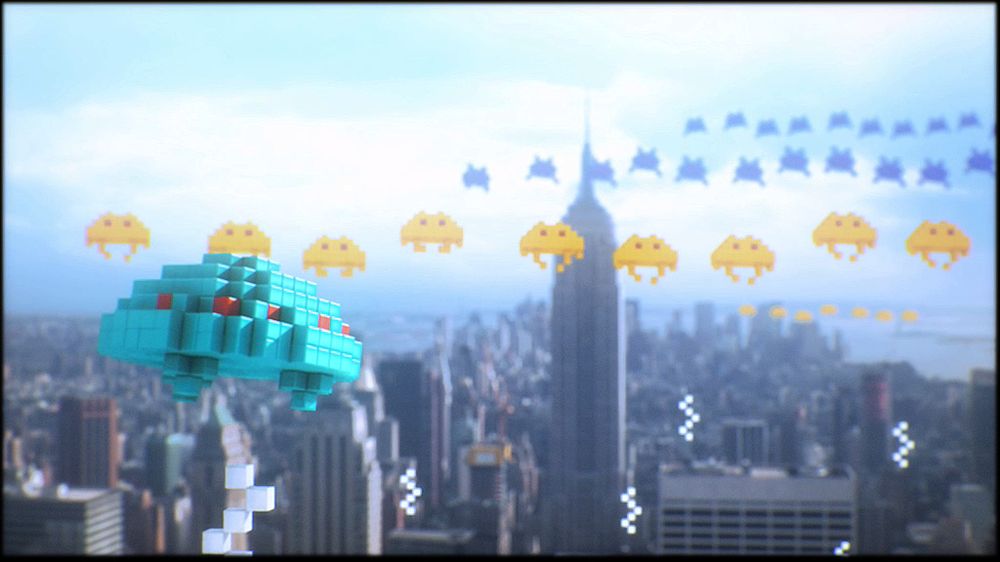 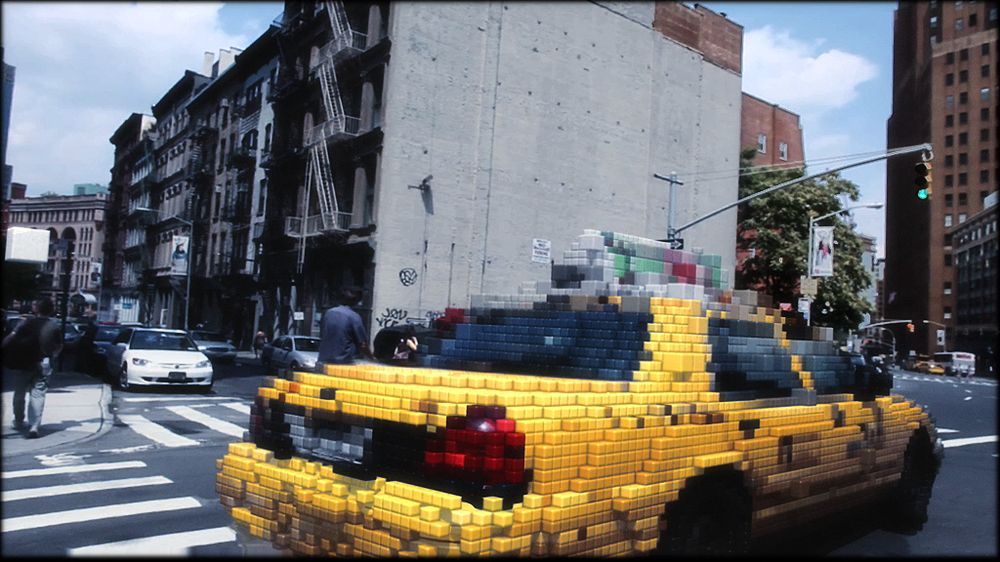 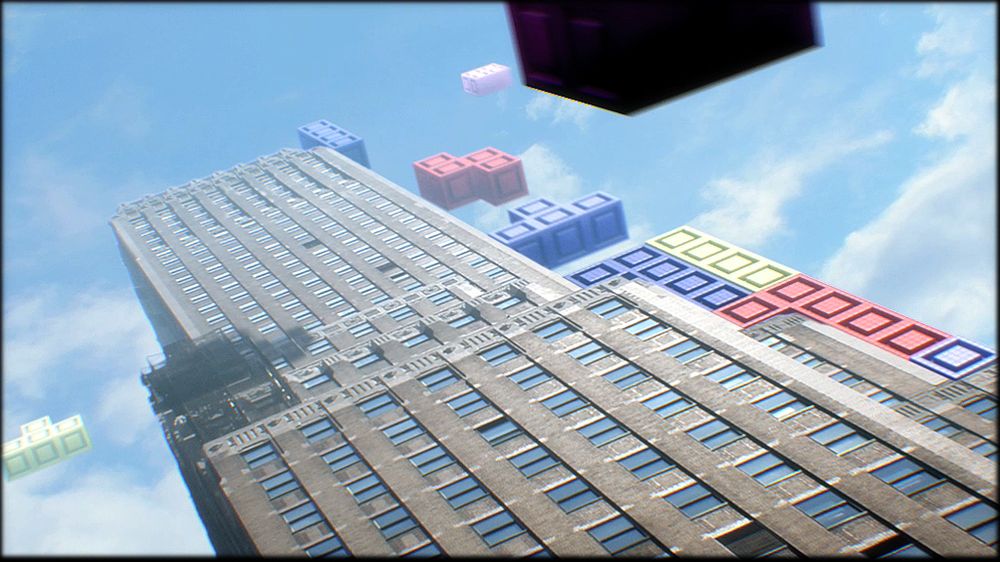 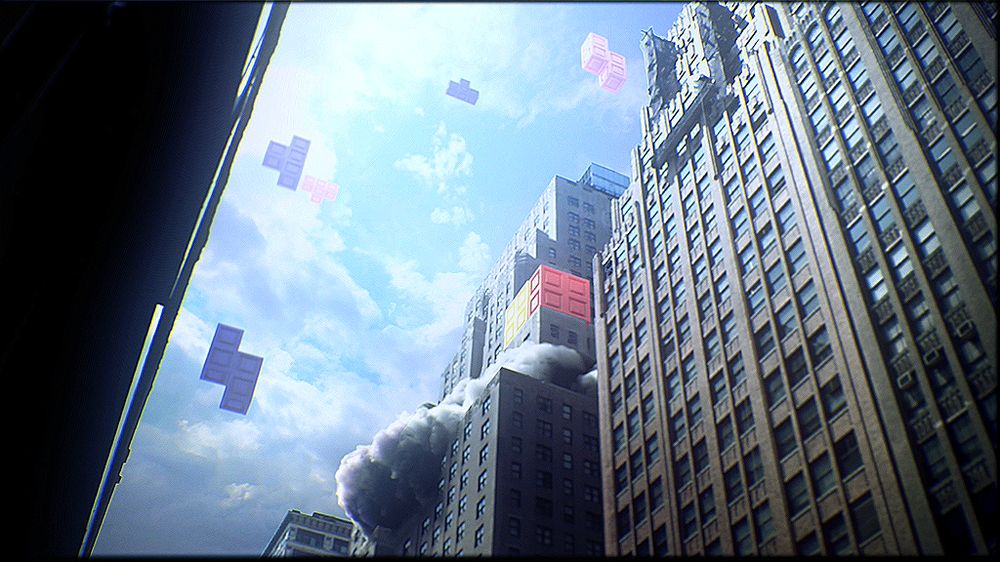 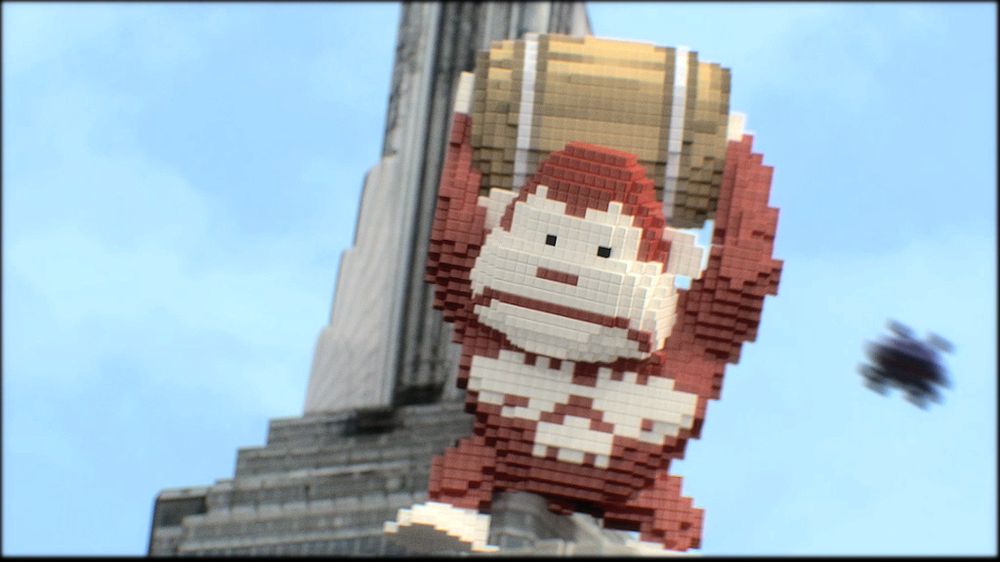 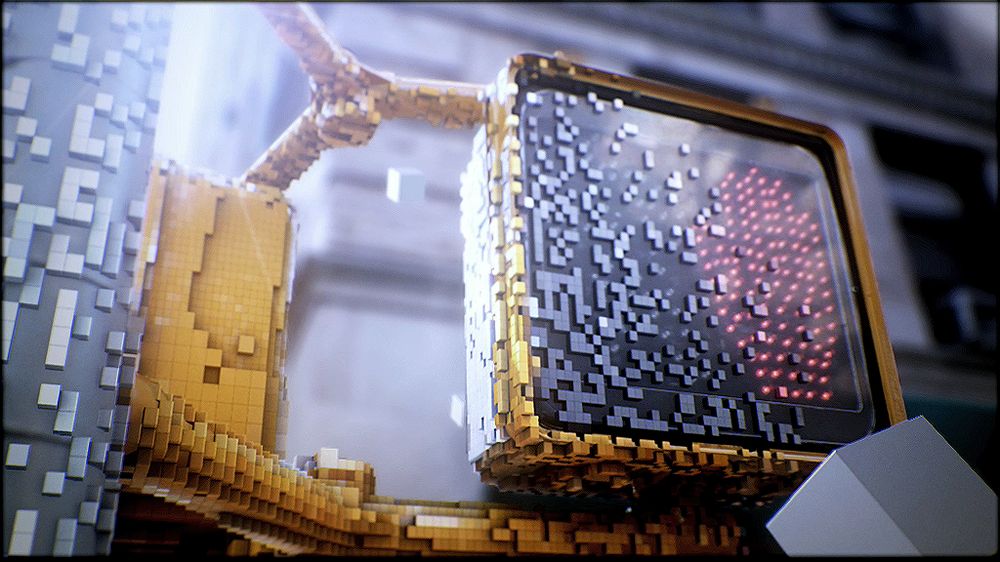 Original: AE_PRX_2010_CA_00410_Pixel_Still_9_1311554.tif | 1024 * 576px | 1.7 MB
New York City is invaded by rogue pixels! Here is what happens when you throw away your old TV.
“Pixels” was originally a self-initiated project but was produced by the French VFX company Onemoreprod. The concept was to mix two different graphic universes—pixel art and reality—and see what would happen: would one of them eat the other? The idea is in some way the same as in “Who framed Roger Rabbit?” Cartoon elements don’t act as real elements in the movie. It’s the same with pixels in the short (or, to be more precise, the voxels).
For instance, the Arkanoid ball does not react to gravity like real elements; it moves more like in the game. I had to develop a tool for Maya to generate and animate voxels. It’s a C++ written plugin and works fine after four months of testing and rewriting!
We shot in two days it with my friend and DOP Matias Boucard. We went to New York with a Canon Mark II and some lenses. After that I made the editing and post production in four to five months at the company I was working in, Onemoreprod.
We put the video online on April 8, and it quickly went viral! One day after the launch, we had one million views and a lot more after two days. A few weeks later, we are now around six or seven million views. And after the buzz it generated the film is now having a second life in festivals.
Submitted by Clemence Cornac, Onemoreprod
Director: Patrick Jean - Director Of Photography: Matias Boucard - Executive Producer: Benjamin Darras
Patrick Jean (FR). A 2002 graduate of Supinfocom, Patrick Jean first made his debut at Buf company, where he worked as a 2D and 3D graphic designer for advertising and feature films. He then went on to create various credit sequences for television shows, allowing him to further hone his skills in graphic design and
discover his penchant for direction. Drawn to striking, original concepts, it was only natural to see his directing style evolve into the creation of the short film “Theo” and then a few years later the movie video game “Pixel”, inspired by video games he used to play in his childhood.