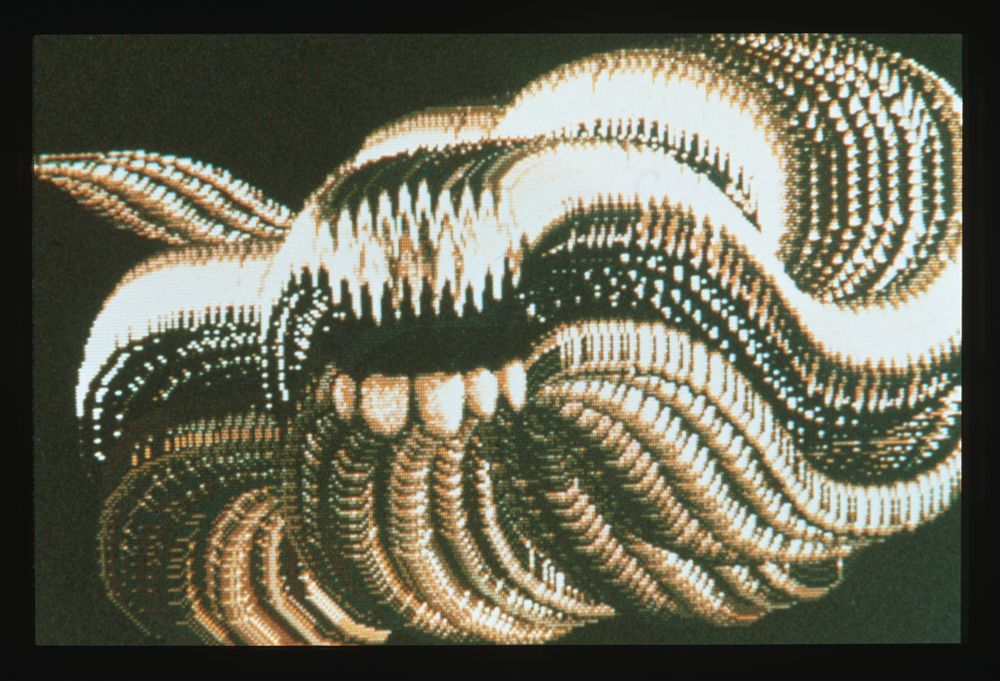 My basic interest lies in exploring the graphical space and dimensions which can only be reached by the computer media. Most of my experimentations are centered around this field; however, when working for commercial purposes, several other achievements and results have been made.

The tools I am using are not the professional kind, but considering that the state of the computer art in Hungary is embryotic, these experiments can be universally important. Computer artists in Hungary are a small bunch of people, and we share our achievements with each other to aim for further results. (L. Kiss)

All three graphics were realized on an ATARI 1040 ST with Art Director, Film Director, Degas, CAD 3D2, and Video-Digitizer Print Technique software.
Llászló Kiss, born 1959 in Budapest/Hungary. Graduated from high school in 1977. Joined a creative performance group. Took part in performances based on art and theatre, with psychological elements involved. During this time Llászló Kiss took various jobs for a living (he was a worker in a ceramics factory, then a projectionist at a suburban cinema, delivered newspapers, etc.) In the early eighties he founded an underground rock group which was experimental and innovative in many senses of the word. It was branded by the critic of New Musical Express as “the most exciting group in East Europe”. In 1987 Llászló Kiss started experimenting in computer graphics and in the same year, he had 4 works made on the IBM PC EGA exhibited in the Museum of Fine Arts in Budapest. After that, he established contact with the computer-graphic and -animation company Novotrade Grand Pix Studio. Working for Novotrade, Llászló Kiss created several title sequences, educational video recordings and commercials, some of which received considerable air time in Hungarian Television.