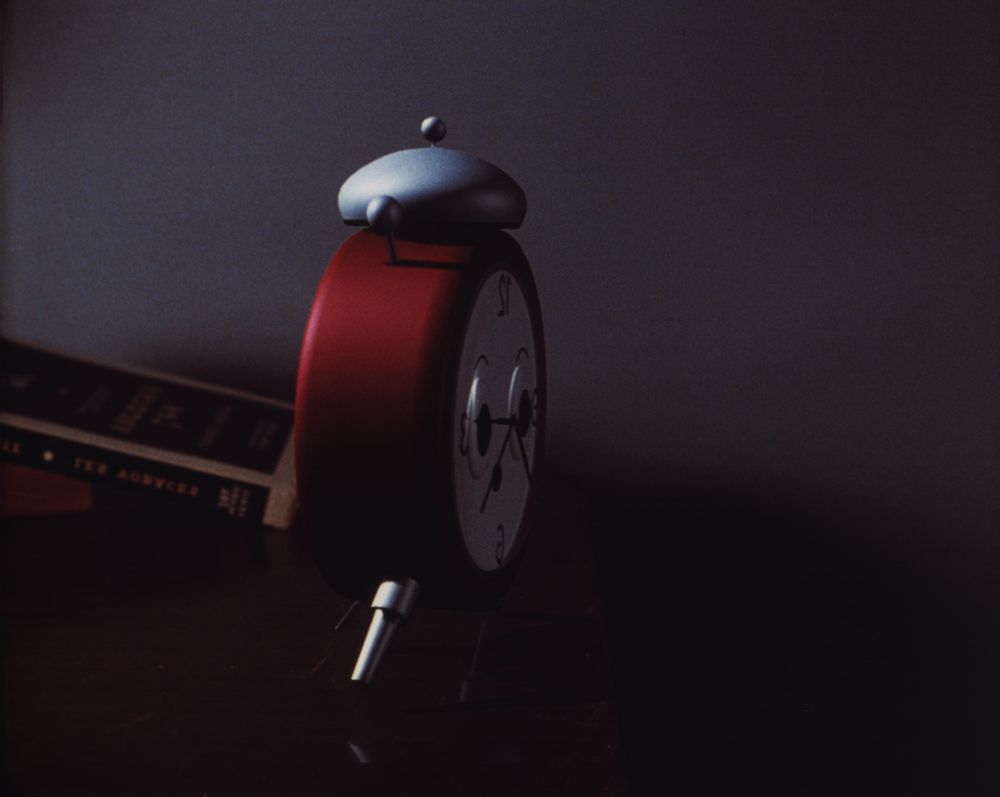 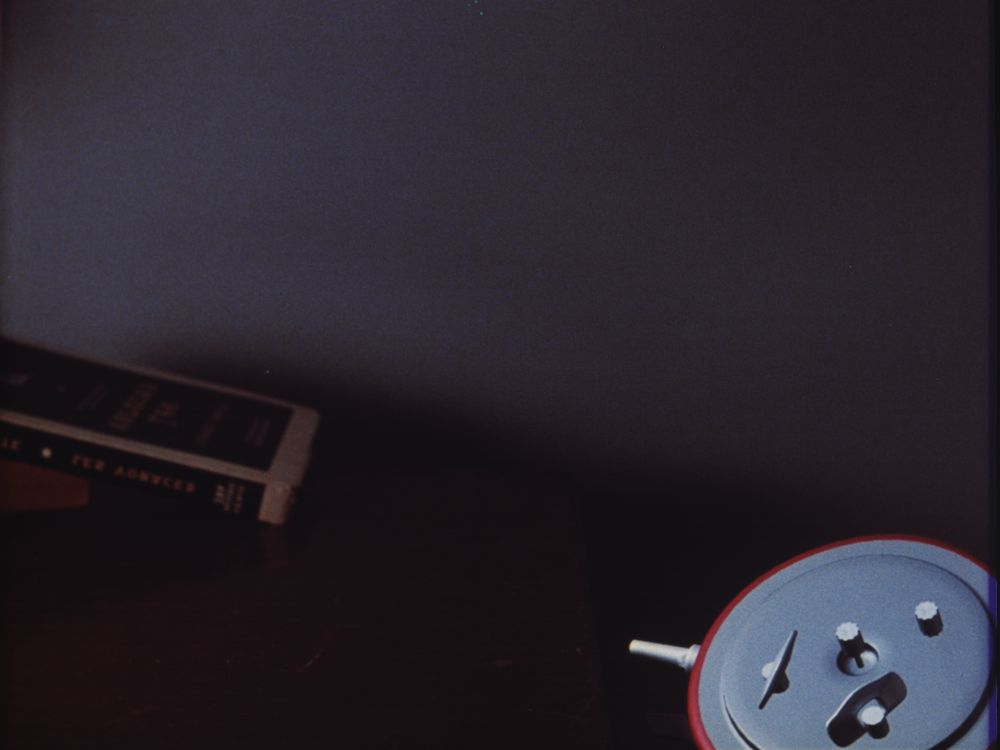 Original: ENT_9094_AEC_PRX_1990_Reveil_screenshot_1407591.tif | 4119 * 3043px | 35.9 MB
How comes I use computers? Well, I say this is kind of a strange question. I make animated films. This is my main activity. It happens that I am an illustrator, too, mostly for video products with more or less animated graphic images. But that is rather a job to earn my daily bread.
So much said, I have to point out that I never do work exclusively with cybernetic tools. Pencils, pens, paper, rulers and modelling clay are as important to me, especially in a preparing stage. The computer (or rather computers) do not interfere until at a later stage.
I happen to make animated cartoons without the use of computers. Which is an interesting task, too. So, why informatics? Risking to be considered an opportunist, I'd say that until now it was just a matter of circumstances. In the beginning of my career I was looking for tools. I met the computer at a specific point in time, and met 3D images. In 1983, together with Daniel Borenstein, I modelled the French actress Anemone in 3D. This got me no rewards, but opened a universe to me. It was a profound sensation, and I have not exploited all its implications yet. Some months later I realized a short video film “Tintin a Montpelher” with a minuscule 2D palette, the Graph 8 (Xcom). I really got hooked with the simplicity of these minimal colours (8 primary colours—that's it).
With the experience of “Stylo” in 3D (1988) and “Sans Tambour ni Trompette” in 2D (palette Getris 1989), I took the habit of pestering the feet of the informaticians to induce them to go beyond the limits of the tools I used. These collaborations—connected to closely defined productions—led me to thinking about a notion of computer tools that should really be apt for animation purposes. By the way, I don't care for (or about) animators. I love pastels quite a lot and water colours on celluloid.
And what's more, I find that the computer tools do have one fault: a tyrannical vanity. The computers induce us to think that it were possible to do everything with them. Which is—hear me—false. There are textures, lights, depths of field, vibrations in movements, for instance, that cannot be made thanks to computer graphics.

Worse, there are things you have the impression should be really easy to make on the computer—in fact it will take you days, weeks, months. Instead of utilizing another technique of the more traditional kind ten times faster. Or instead of devoting your time to much more interesting projects. These computers are nowadays integrated in the universe of imagery. They have an extraordinary capacity to create illusions. Without them, neither “Stylo” nor “Réveil” would have seen the light of day.
On the other hand, these tools have lost the novelty interest they had in the beginning. So, why informatics? Oh, well, informatics, because sometimes it helps. The problem is just not to be mistaken. In any case, making synthetic images in order to make synthetic images is of no interest to me. At least at the moment. l am waiting for the computer tools to allow for much more longer productions with much more ease, connected to other image production means. Real animated cartoons with synthetic animations, or real synthetic animations with real cellular animated cartoons. And other things, too... Got it? (Paul Coudsi)