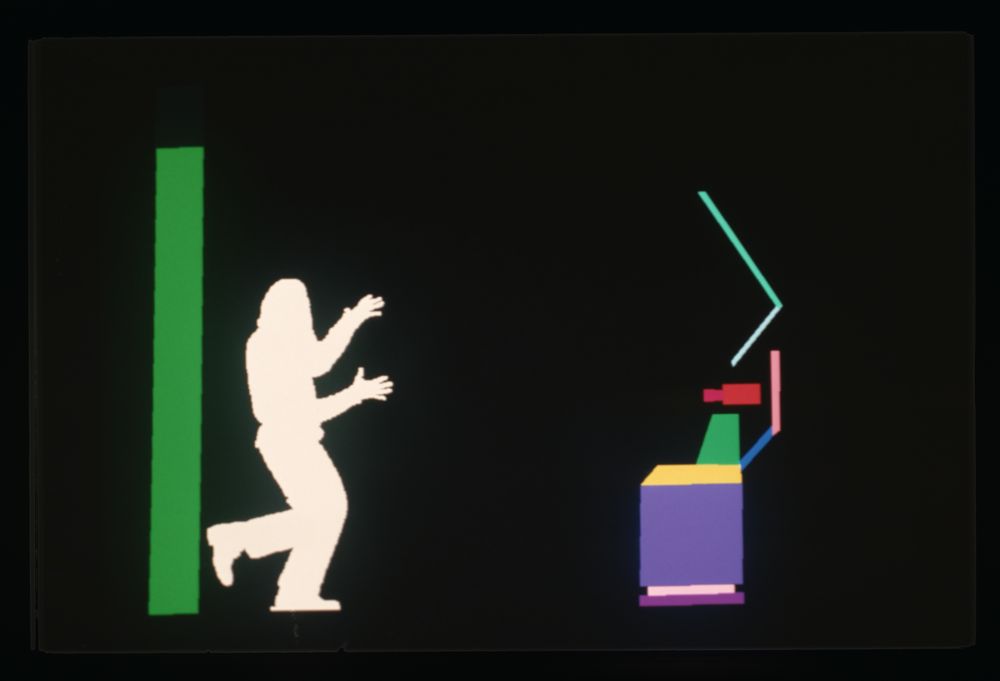 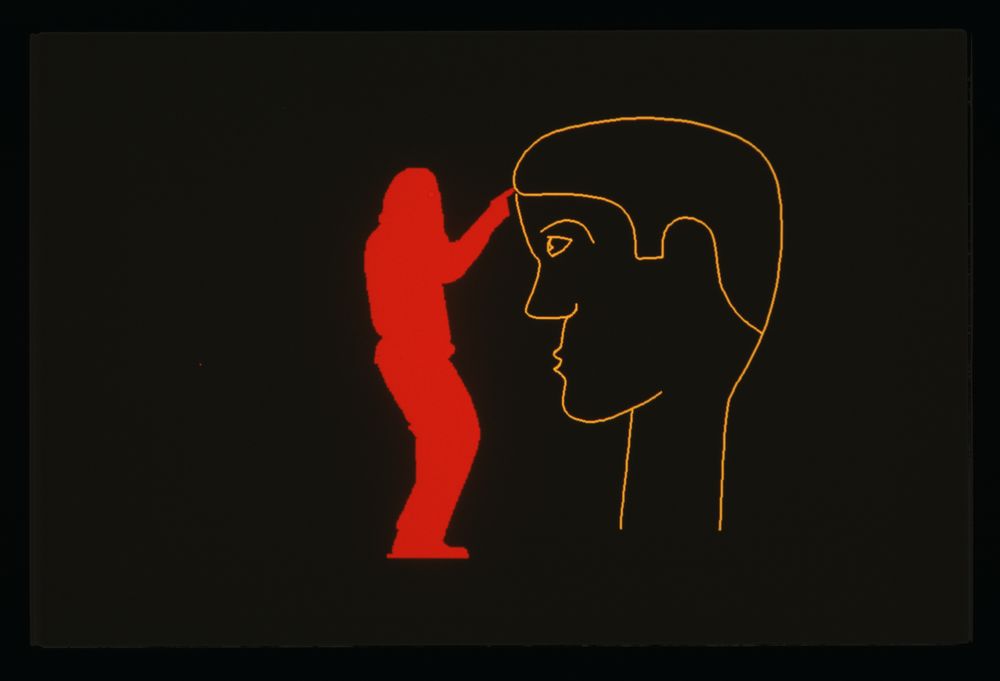 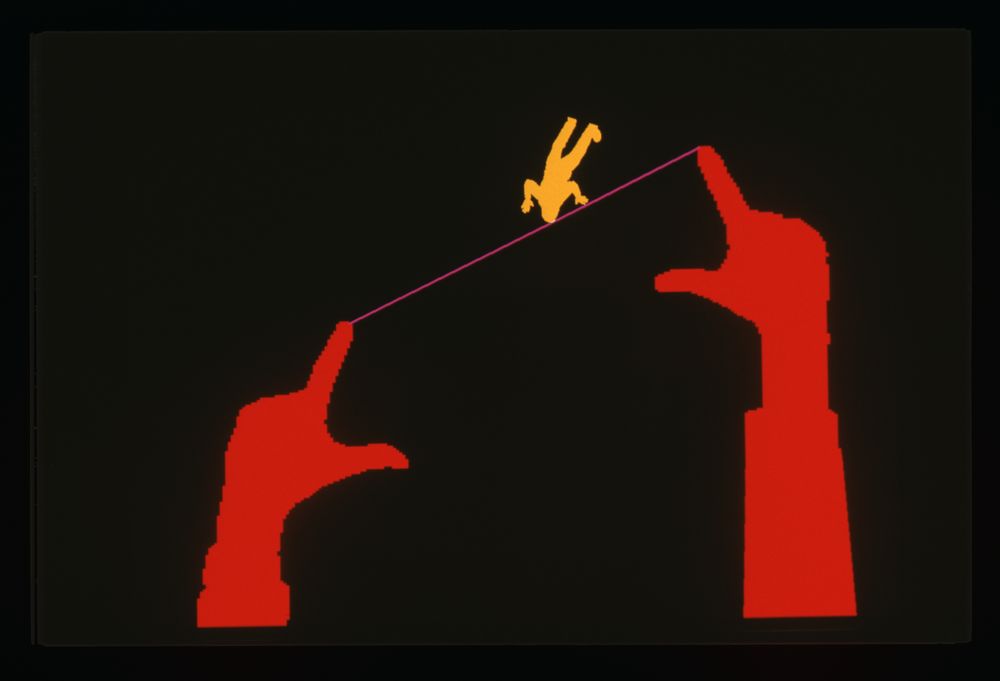 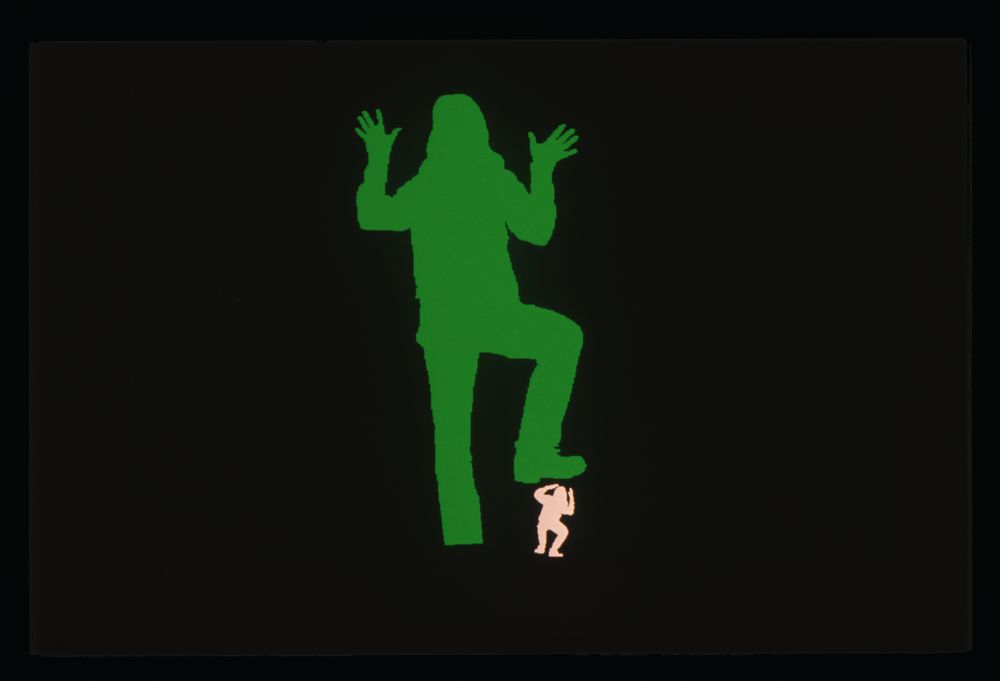 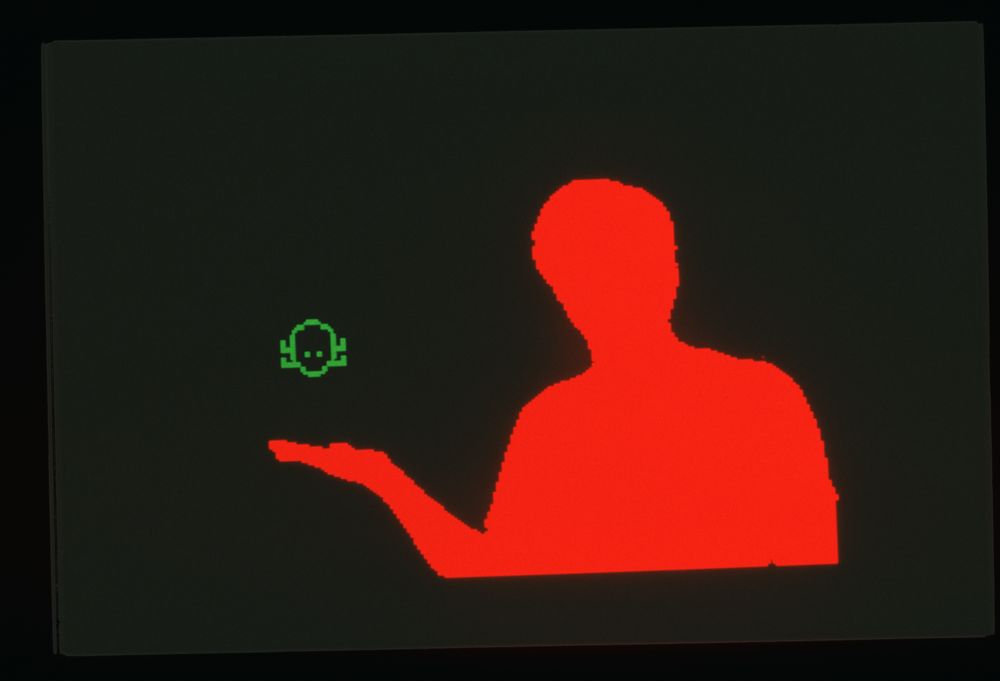 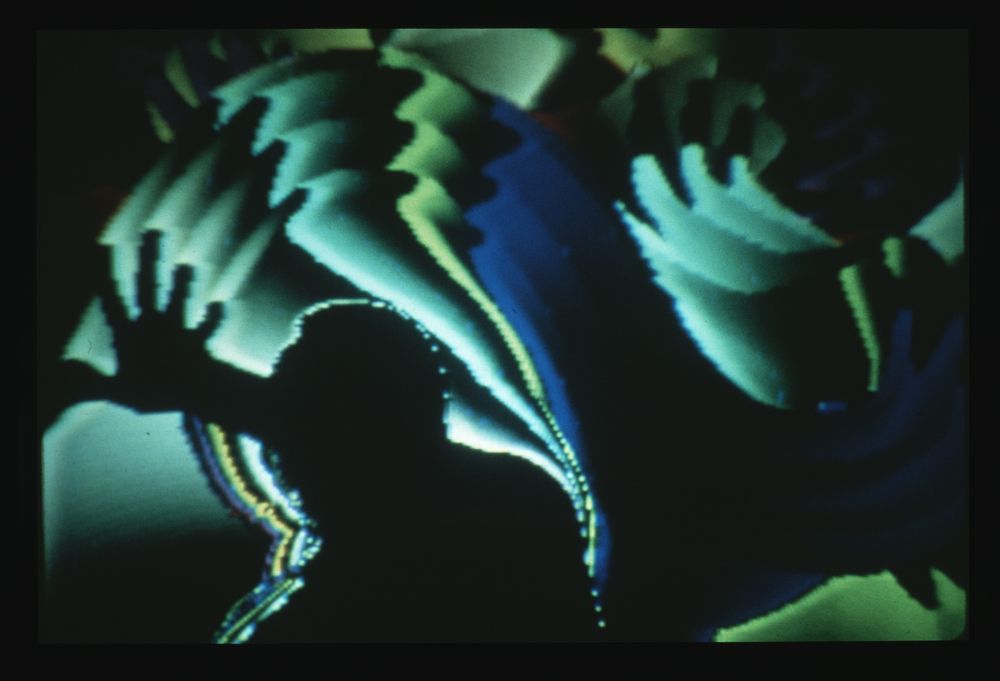 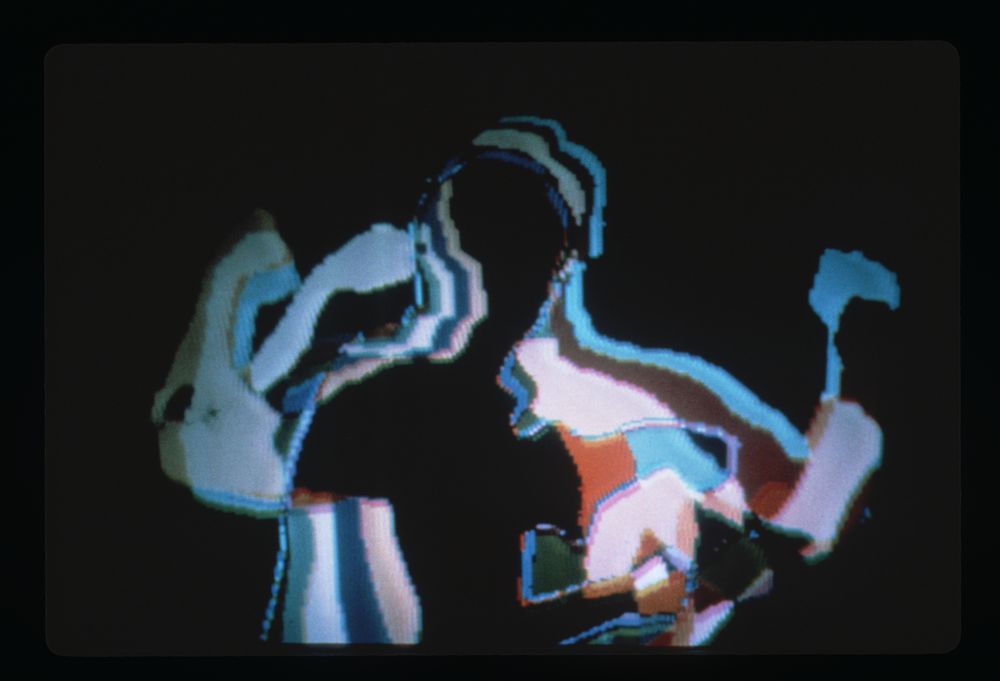 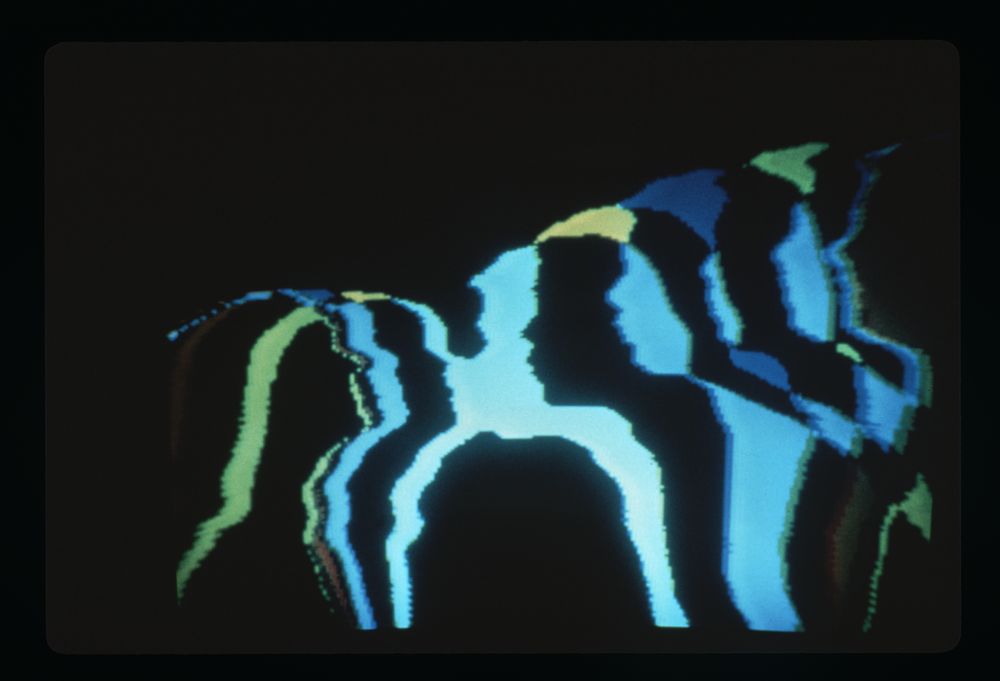 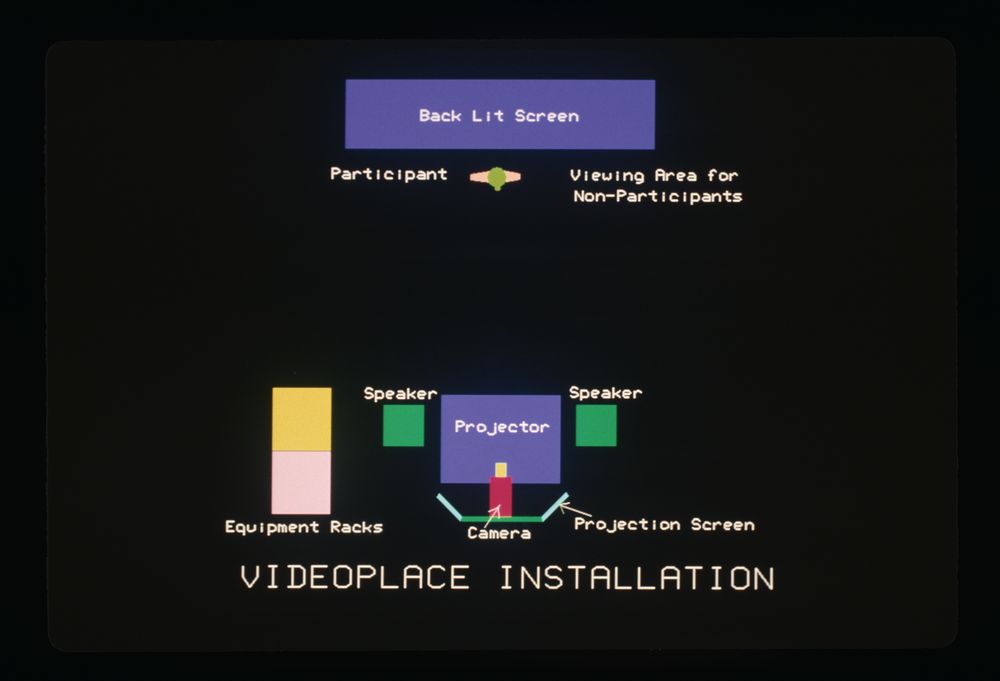 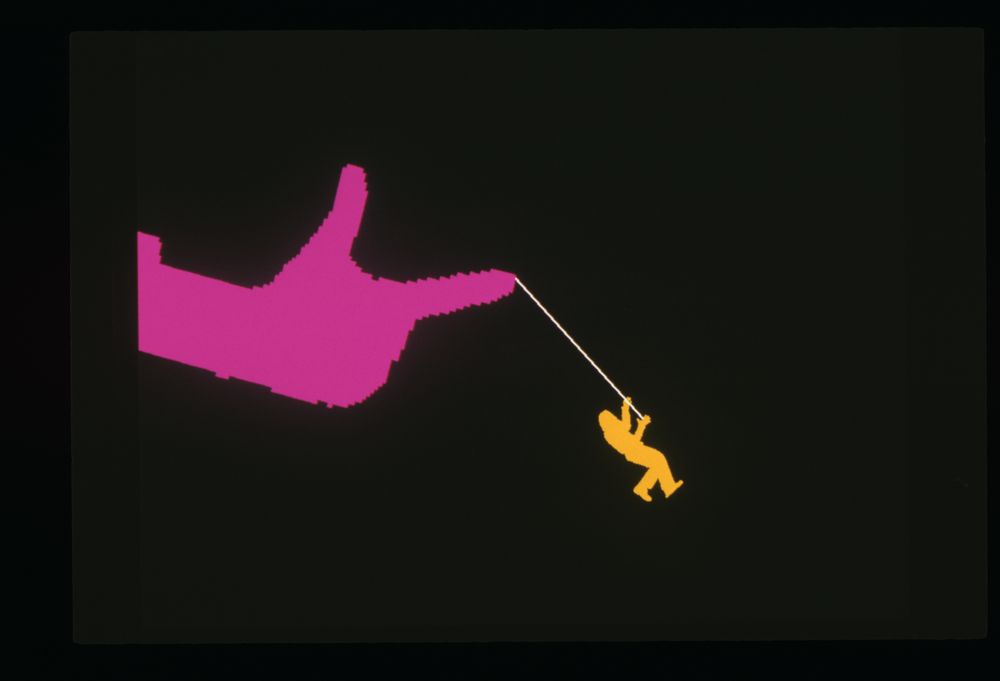 Original: ENT_IA9086_AEC_PRX_1990_videoplace_two_way_interaction_1395234.tif | 4425 * 3017px | 42.9 MB
Participants of the interactive “Videoplace” system by Myron Krueger are identified by a real-time video camera. The image is analized as a “shadow” on the graphic screen. Each participant (shadowpeople) can now interact with objects provided by the computer system and other shadow people.