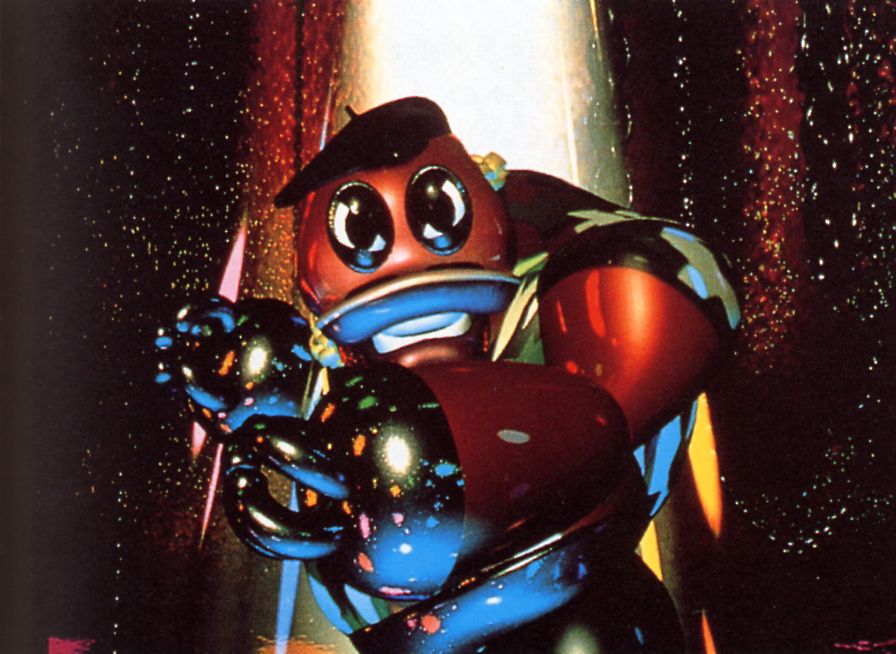 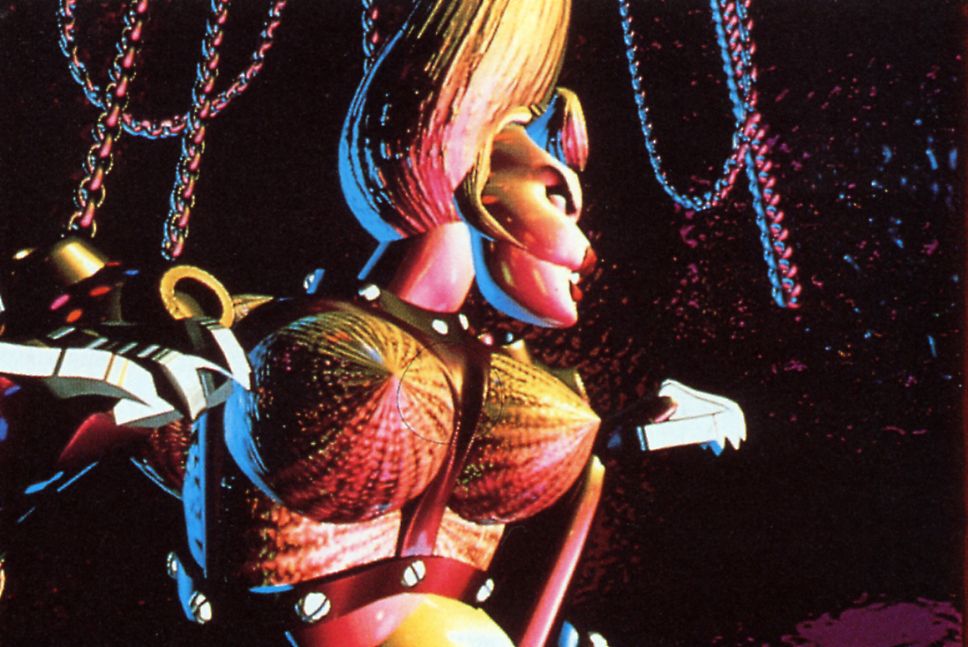 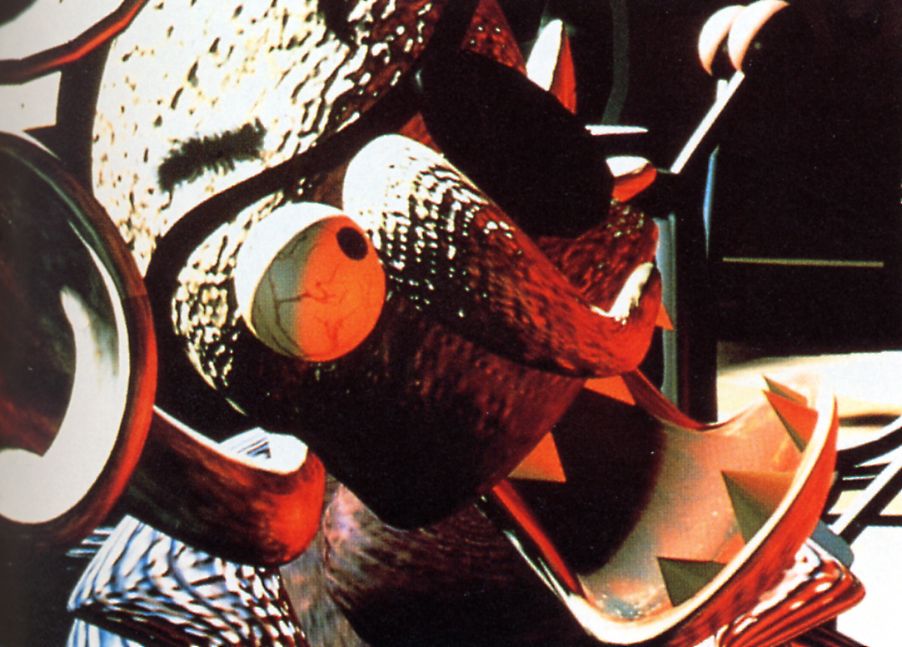 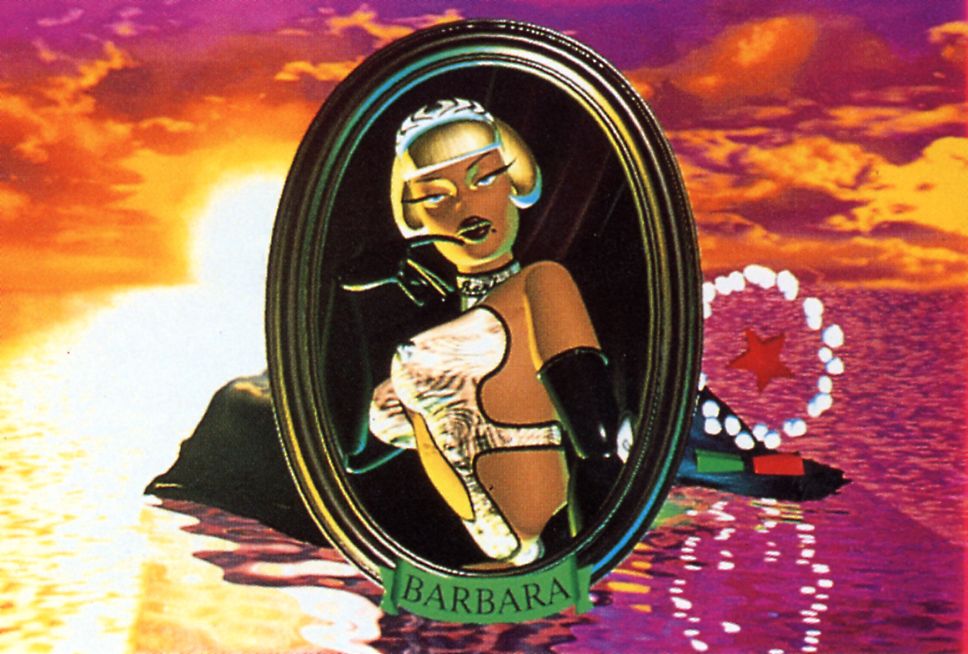 Original: PR_1992_XanaduCity_004_o.JPG | 968 * 654px | 614.1 KB
'Xanadu City' is a trailer to introduce a future computer graphics serial. The depicted universe gets its inspiration from Pigall's fantasies, peep-shows, sex-shops, video games, cartoons, moviedom and Jean-Paul Gaultier, who personally designed Barbara's fancy costume. The aim was to present, within two short minutes, the birth of a whole world reduced to a little island threatened by the roaring volcano which is dominating it.

A lively world swarming with the people who are bustling around trying not to think about anything other than present time and their own reality. A world where 4 characters will meet each other and whose destinies will cross one another in hate and love, naivety and cruelty, as in a soap opera. A true saga. The last avatar of a speedy and obsessed Walt Disney.
We were looking for a new freedom, and computer graphics was the only technique allowing flashy and extreme light games, crazy distortions, and tortured attitudes and expressions. The computer has unexpected organic, mental dimensions! It was our own travel through bytes, NFS demons, kill processes and other 'qs'! The screens of our silicon graphics were the mirrors of our own fantasies. Linked by the computer's network, our spirits could communicate together. (Jérôme Estienne/Xavier Duval)

Xavier Duval (F), graduated in fine arts, worked with ExMachina on “Paris 1789”, with Fantôme on “Les Fables Géometriques” and with vidéosystem on “Don Quichotte”.