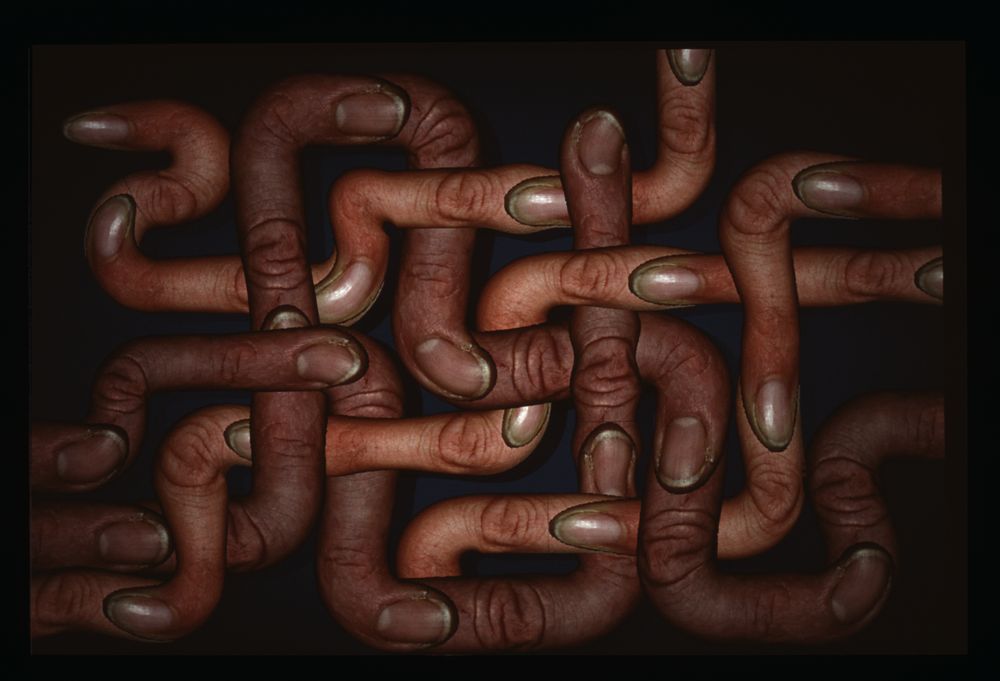 As Dr. Bériou puts it at the very start of his film, digitalin is a dangerous cardiotonic substance. Pharmacological studies indicate that it tends to settle in the myocardium and that its effects may last for several days...

The substance is extracted from digitalis, the common foxglove, a perennial plant which grows in sileceous soil. It owes its name to its fingerlike bloom. It is equally worth bearing in mind that electronic components which form the heart of computer technology once originated from silicon. A flash of insight might suggest that this is the reason why we have come to speak of digitalised images. It seems extremely likely that Bériou went down this same path, leaving the world of silica quarries for a new one of synthetic images.

"Digitaline" ought therefore to be understood as the journey which changed this mysterious quarry-worker into a radically innovative artist at a time when synthetic images were still in their infancy. Seen this way, "Digitaline" is both the opening and the key to the whole of Bériou's journey

Yet Bériou prefers to use the labyrinth as his journey's route. The labyrinth is the figurative symbol of the search for existence and the finger denotes the blind and groping interface, discovering, exploring and inventing the world. There can be little doubt that "Digitaline's" five phases evoke the five fingers of this exploring hand.

The first section illustrates the fundamental, discreetly hardening tension on the outset of jubilation.

The second phase records the feverish twists and turns of the band over the labyrinth's wall, the contact between which yields a complicity of their different natures.

The phase of spasmodic movements cannot help but conjure up the borer of a drill and the idea that it is symmetrically reflected in the form of the world we know. The double screw we see here refers us back to the double thread of human DNA structure.

The fourth part describes the dream of Icarus, the raising of the human mind towards immortality and the crazed vision of osmosis. Legend has it that he may well have seen the mythical serpent living in the meanderings of the labyrinth. At the end there remains merely a ringlike unravelment, the symbolic fall reminding us that Icarus' flight was only a sublime vision, a point of departure used by Bériou in order to take a complete hold of his future work.

From the tales of subterranean exploration to the engravings of imaginary insects, from corporeal labyrinths to powerfully nonconformist drawings. Bériou's work will continue to see-saw across the foreseeable hillsides of impossible metamorphoses, subliminal polaroids and multiform visions.

He is currently working on his next film, digging with the same determination as ever in the walls of his memory. (Bériou, pseudonyme)

HW: Apollo
SW: SV 4 (Synthetic Video)
Bériou? He was a mountain guy who used to live in a lost valley in the Alps. He spent part of his life with his friends digging for gold in a mine.One day be realised that the seam he was working on was just a mixture of copper and iron - "fools' gold'. So, crafty as he was, he sold the mine to someone from the flatlands. But, careful as he is, he keeps on digging himself. Ever since then Bériou has been digging at the labyrinths of images and building rockpiles in order to find himself. But there again he only encounters "fools' gold". It's a seam like any other.