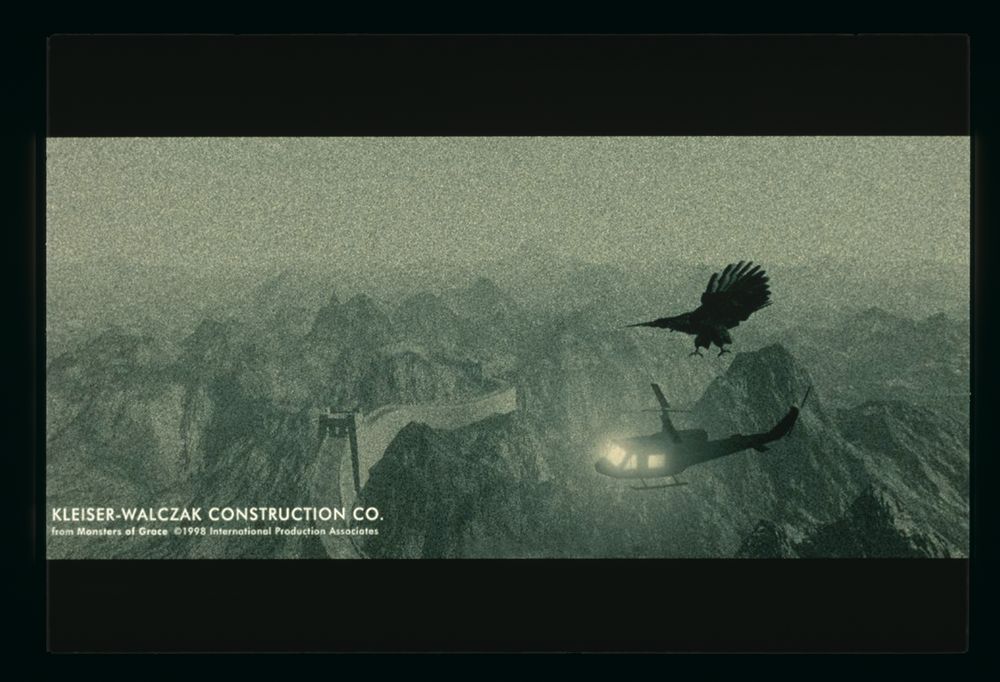 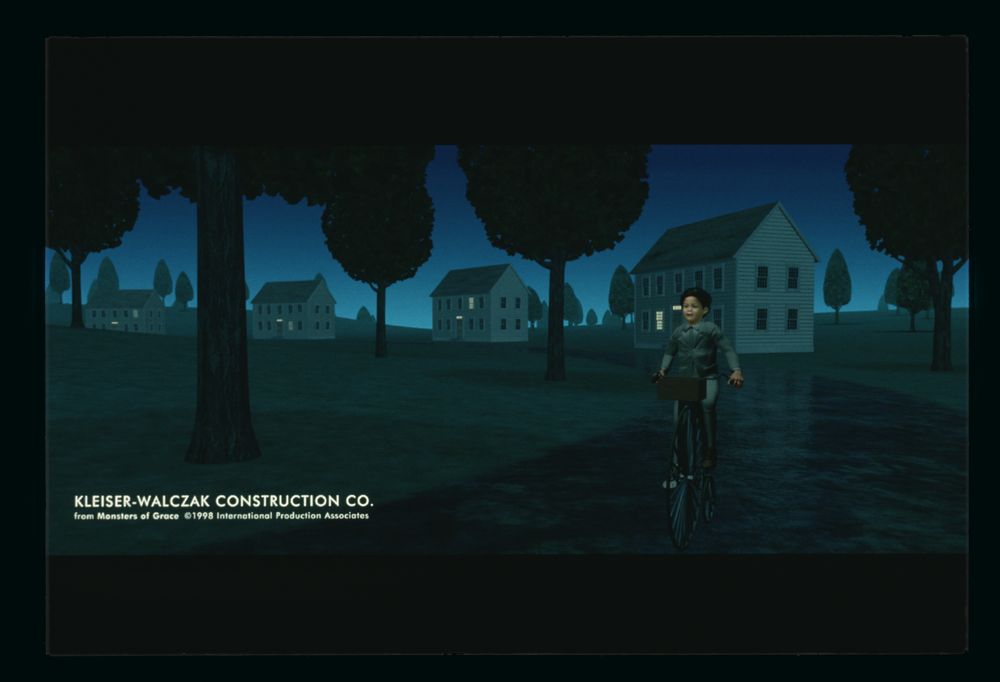 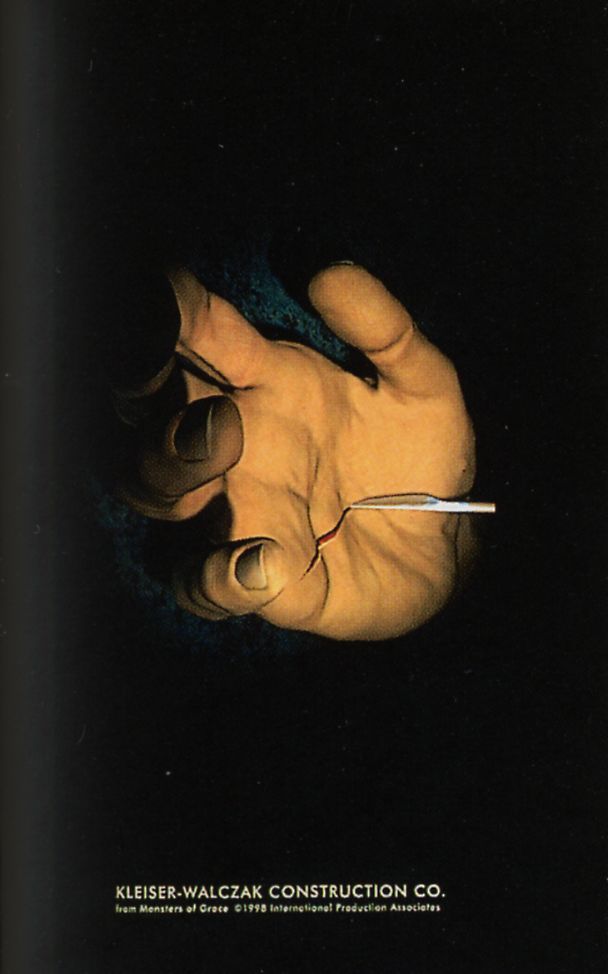 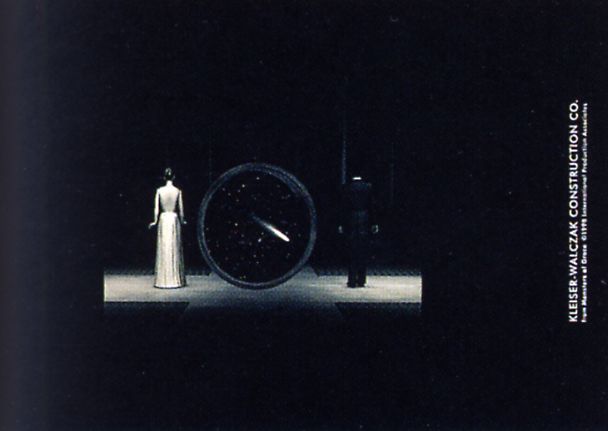 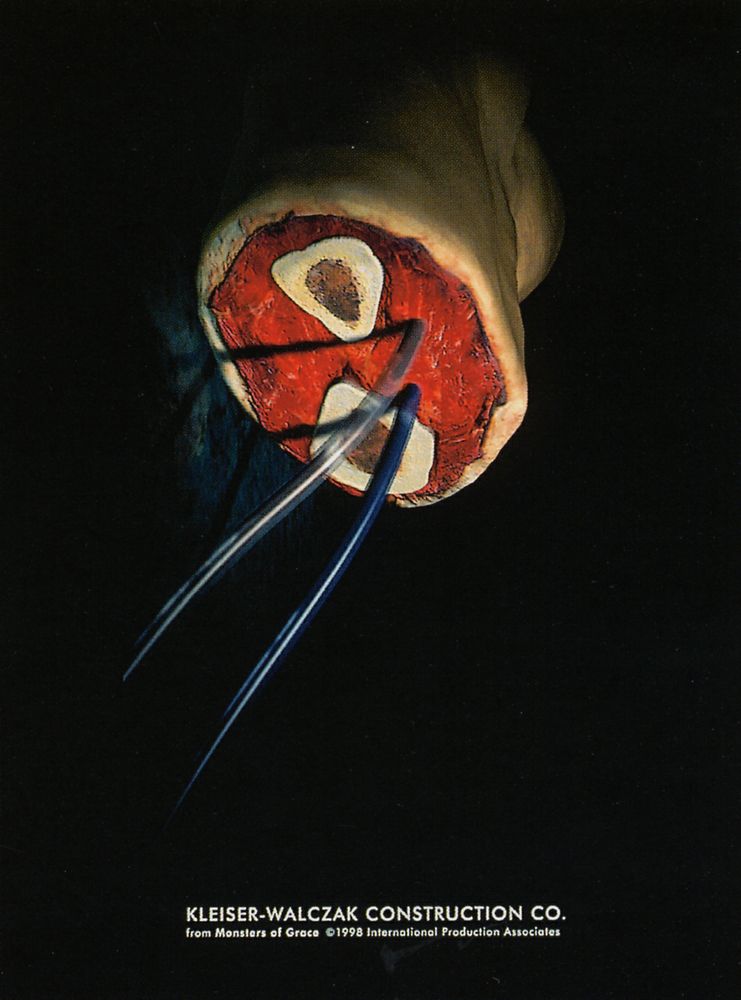 Original: PR_1998_monstersofgrace_003_o.jpg | 1085 * 1464px | 994.1 KB
Utilizing advanced digital technology developed by Silicon Graphics, Inc. Monsters of Grace melds high art and high technology to produce a multi-platform conceptual and aesthetic benchmark. Monsters of Grace unfolds in three-dimensional computer generated images created by Kleiser-Walczak Construction Company and projected onto a large screen in the 709 mm stereoscopic film format. The film is directed by Diana Walczak and Jeff Kleiser, who have pioneered the creation of Synthespians™, or computer-generated characters. Version 1.0 of Monsters of Grace highlights selected stereoscopic scenes as well as the full-length score performed live by Philip Class and the Philip Glass Ensemble with vocal soloists. Audience members view this Beta Version of Monsters of Grace through special polarized lenses with frames designed by Gai Gherardi and Barbara McReynolds of La. Eyeworks. Monsters of Grace is scored for live amplified voices, woodwinds, keyboards, Macintosh computers, MIDI interface and custom-designed sampled Persian and other Middle-Eastern string and percussion instruments. The libretto for Monsters of Grace is based on the 13th century poetry of Jalaluddin Rumi, one of the world's great poets and mystics, who is credited to be the original whirling dervish. "Over the last three years Bob Wilson and I have been meeting to develop this new theatre piece and addressing the challenge of a new technology and its impact on a developing artistic view," says composer Philip Glass, Oscar nominee for Best Original Score for Martin Scorsese's Kundun, who is known for his work with David Bowie, Brian Eno, Paul Simon and Jaron Lanier, among others. "It is fair to say that as an ongoing process, Monsters of Grace is still fluid, elusive and for us, full of surprise," he adds.
Monsters of Grace will change the way the audience experiences live performance, immersing them in a multi-sensory experience rooted in the enigmatic interplay of objects, light and sound. Director Robert Wilson, who has collaborated with David Byrne.Tom Waits and Lou Reed on numerous influential theatre productions worldwide, states, "We're not giving you puzzles to solve, only pictures to hear. You goto this opera like you go to a museum."