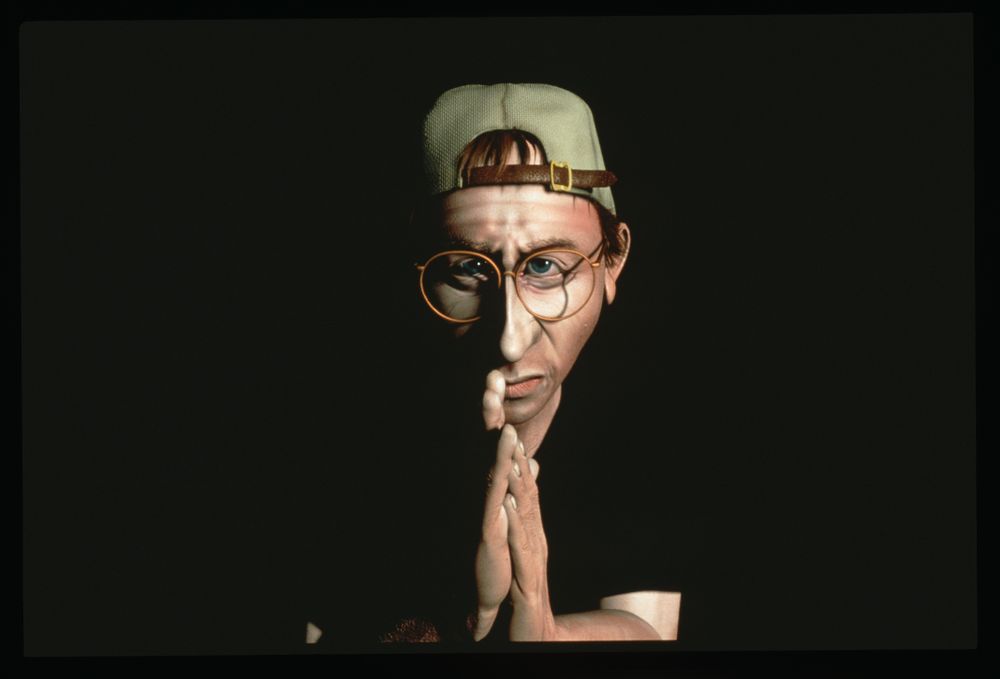 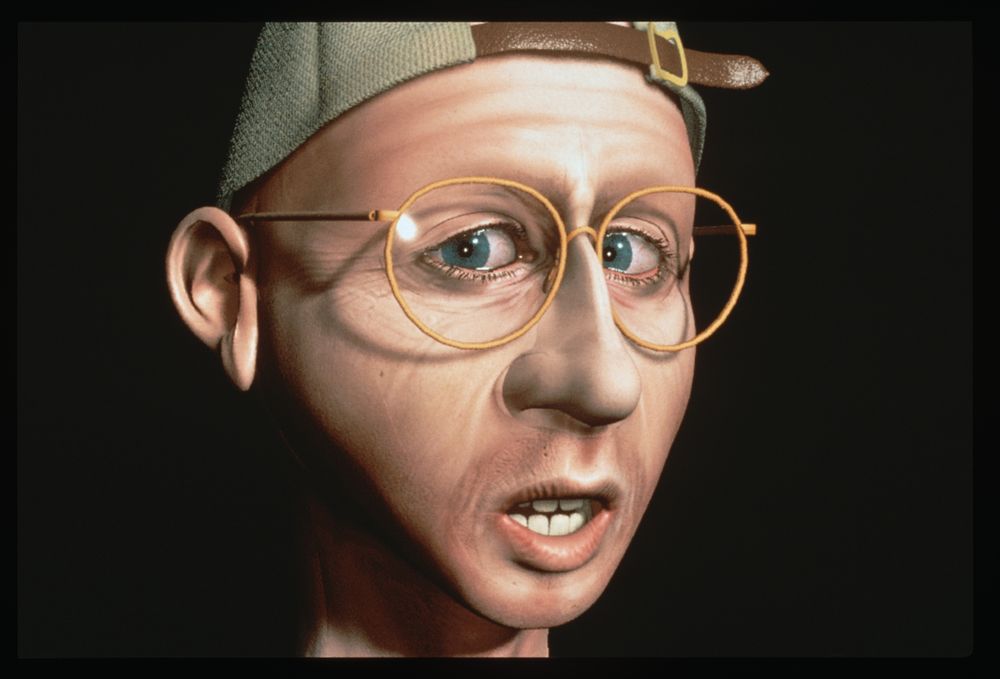 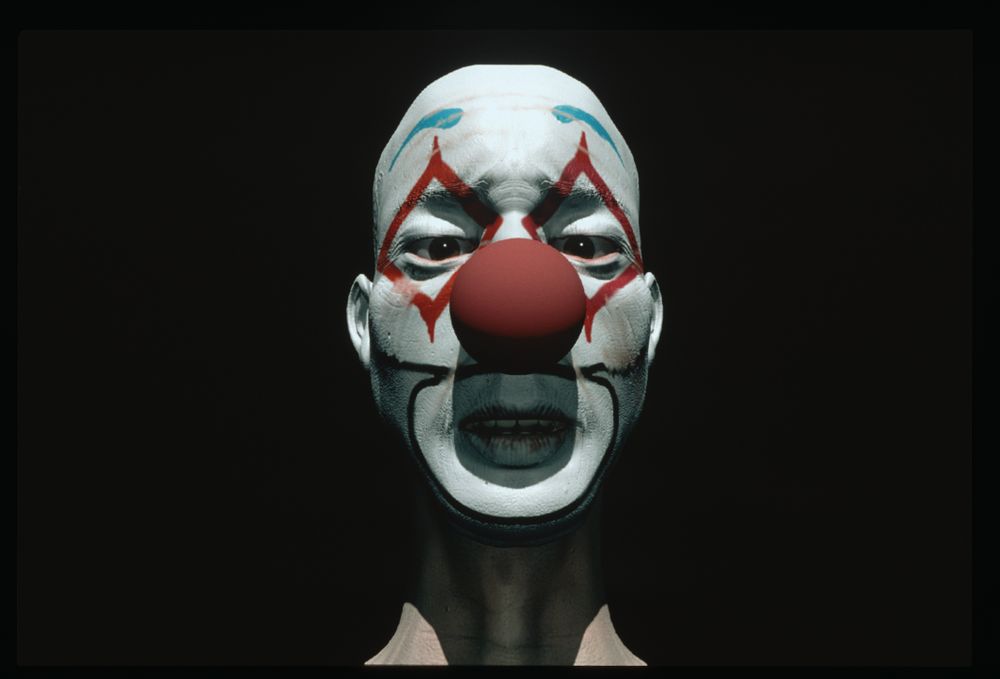 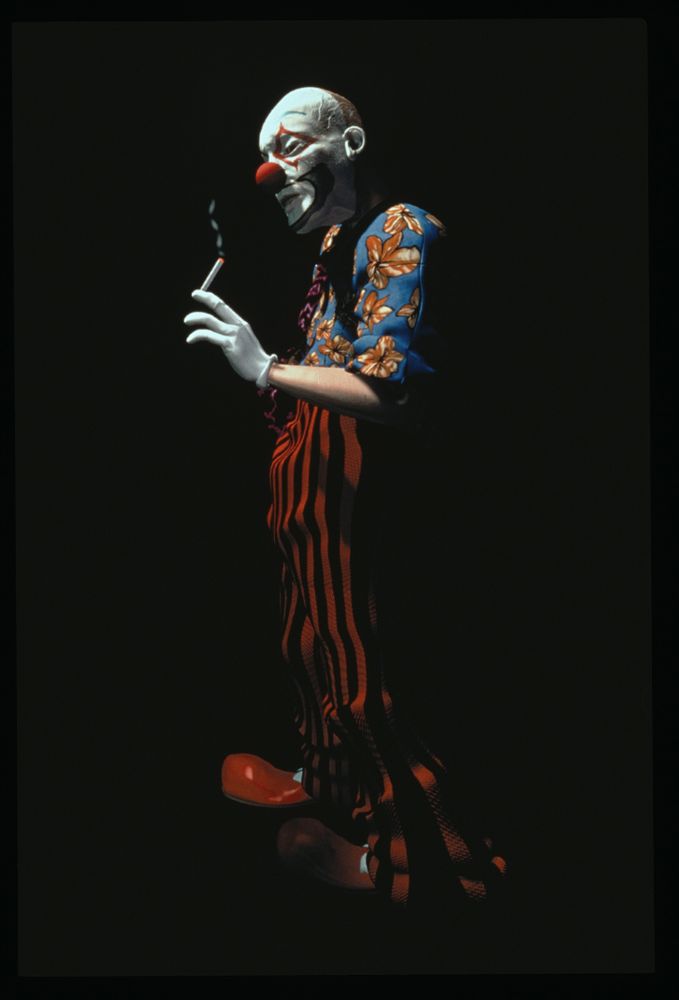 Original: ENT_CA99114_AEC_PRX_1999_bingo_dia_5_1404378.jpg | 2902 * 4271px | 1.6 MB
The making of the animated short film Bingo was a unique exercise in production, software development, and storytelling. The production team for Bingo needed to accomplish at least two simultaneous goals. First, we needed to help design, test and verify CG software while the latter was under development—software which would eventually become Alias|Wavefront’s animation program Maya. Second, we had a goal of experimenting with the storytelling and imagery that CG animation is uniquely capable of producing. For these reasons, Bingo is both highly refined as a piece of character animation and distinctly experimental in its narrative.
Bingo experiments with narrative form in at least one important way: it is, to my knowledge, the first animation which is entirely based on a theatrical short play, written for the stage. The play itself, entitled Disregard This Play, is an absurdist, surreal drama performed by a theatre company from Chicago, the Neo-Futurists. The dialogue soundtrack in Bingo was recorded directly from a performance of this play, and the animated imagery was created after this recording, completely based on this theatrical performance.

“By means of shrewd lies, unremittingly repeated, it is possible to make people believe that heaven is hell—and hell heaven. The greater the lie, the more readily it will be believed.”
Adolf Hitler, from Mein Kampf

I have talked about implementing software techniques and experimenting with narrative as “goals” in producing Bingo. But most importantly for me, my goal in creating Bingo was to tell a story largely driven by the statement above—one which has troubled me both for the evil it conveys, and for the stunning accuracy it expresses about human nature. When I saw the Neo-Futurists performing Disregrad This Play, I saw a crystallization of this statement which I felt could be given power through the art of computer animation. Bingo shows a consequence when one lacks self-empowerment. We see the absurd, darkly humourous but disturbing effect that a lie, “unremittingly repeated” has on an otherwise intelligent and mannered person, and that person’s self-perception. To me, the main character in Bingo has free will: he is free to walk away from that stage where he is confronted by the other characters. He is also free to tell these characters who he really is, if not “Bingo the Clown. ”That he does neither, and eventually accepts the absurd conclusion that he is a clown, is on a deep level infuriating to watch. It also mirrors an equally absurd, often inexplicable vulnerability that I have seen in people (including myself) to accept inaccuracies or “unremittingly-repeated lies” about our self-identities. I wanted to give voice to that perception in Bingo.

Chris Landreth has been an animator at Alias/Wavefront since January 1994. It's his job to define, test and abuse animation software, in-house, before it is released to the public. In addition to well-mannered software, this has resulted in the production of animated short films, including The Ende (1995) and Bingo (1998). Both films have won recognition and awards worldwide. The End was awarded for an Academy Award in 1996 for "Best Animated Short Film".