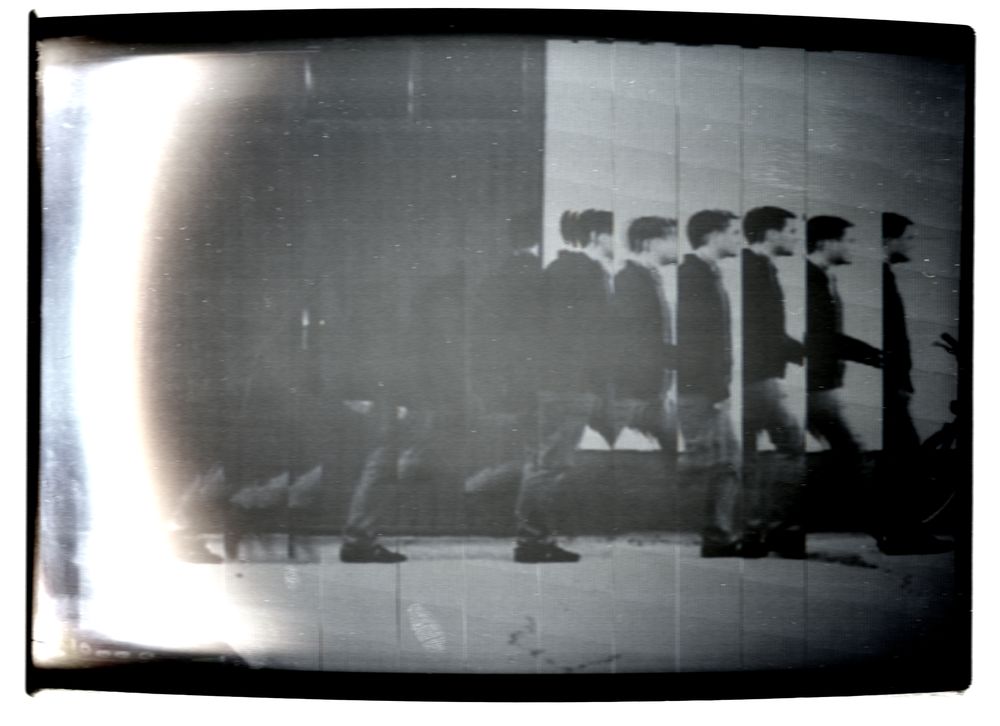 Original: 52 MRQZ WALKS.jpg | 3508 * 2547px | 3.0 MB
Rennacs Studies (= “scanner” written backwards) evolved as a semester project for a class at the University of Applied Arts in Vienna, where I presented it for the first time in March.

The idea first came to me in a dream. That the project would, however, actually develop so quickly from my first attempts to the end product Rennacs Studies was ultimately due to the fact that I was also under pressure at the university to get it done.

The basic principle is simple: a scanner is attached to a computer screen on which a film is running. The scanning application is started: it captures an image containing fragments from the film. For me it was important to explore the process of scanning and not just to content myself with the (first) results.

What happens with stills, simple computer-generated animations, panorama shots, music videos, short films or even entire feature films? Such were the questions that I set out to investigate. Each animation has its own rhythm, its own language, dramaturgy and colour composition. I wanted to study and analyse all these features.

Of course, the more I learned from my experiments, the more extensive the tests became. I had discovered a new field of art, overlooked till then, and this gave me the idea to work in other forms of art. Architectonic constructs emerged from the image fragments. It was my intention to bridge the gap between as many areas as possible. I wanted to make this method available to all fields of art.

After finishing the work, I had to figure out how to present it. Considering that an extreme amount of data had to be shown simultaneously, I decided to present the work first in book form, as Rennacs Studies, though I’m also now working on a prototype for an installation.

Markus Sucher, born 1985, lives in Klagenfurt. He has spent several longer periods abroad, including a stretch at a company in California. With friends, he founded the film collective “KOLA-Productions”, from which “One Dark Fin Filmcommunity” evolved, and received awards for several productions. After graduating from college preparatory school in Viktring in 2003, he is now majoring in visual media and digital art at the University of Applied Arts in Vienna.