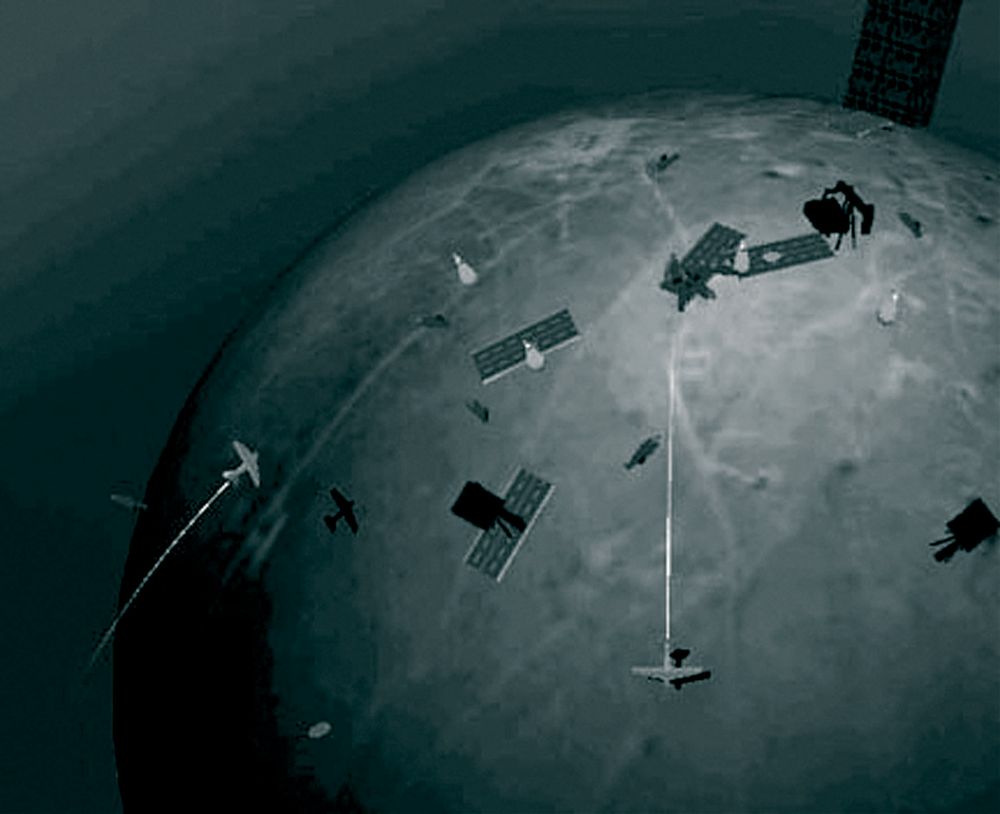 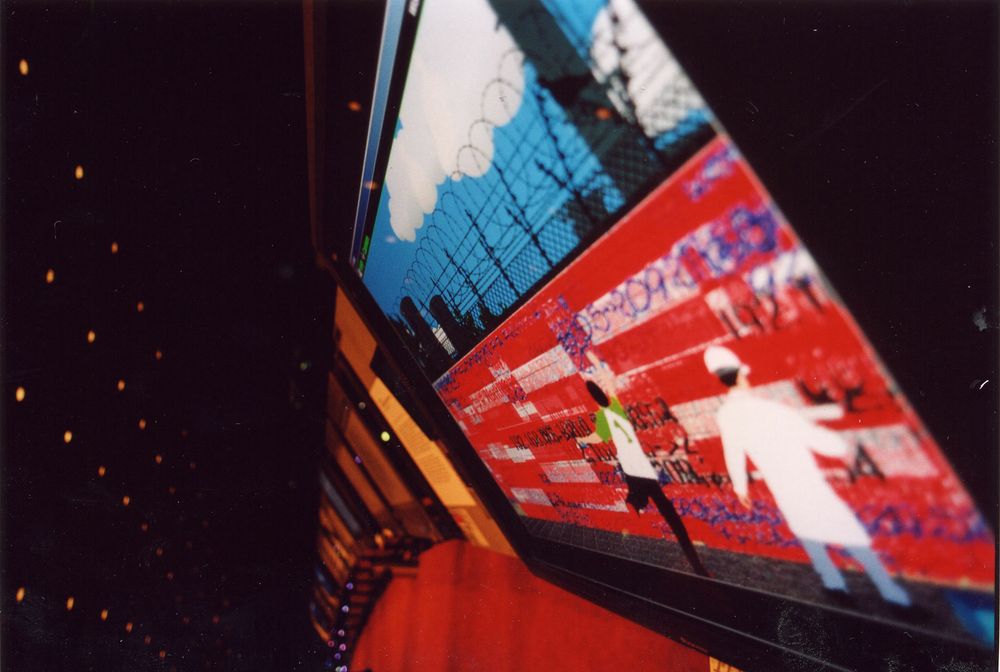 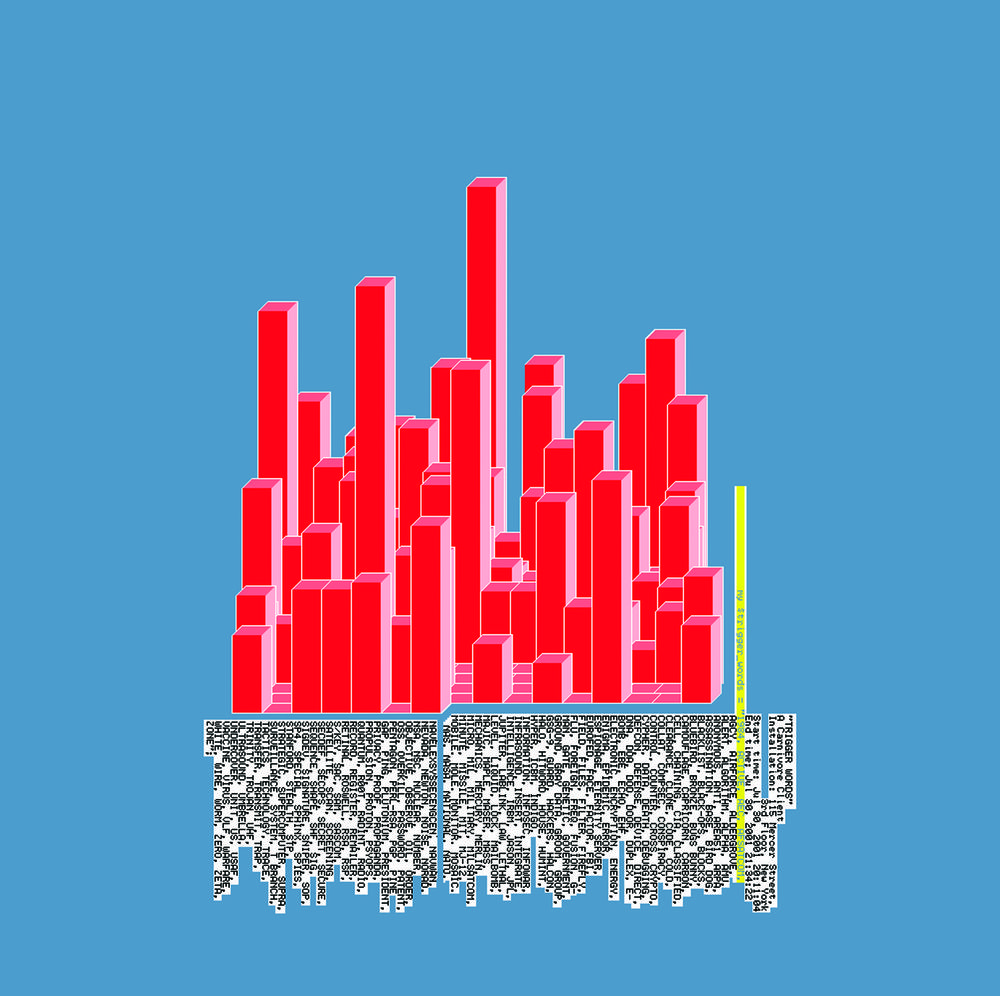 In today's high tech world, data saturates our daily life. While much of this data is ever present to our eyes and ears — from ringing cell phones to glowing video screens — the data itself is often hidden. Thus the question becomes more and more important: What does data look like? This is the central question answered by "Carnivore", a new installation artwork for data networks.

Inspired by the FBI software of the same name, "Carnivore" performs an electronic wiretap at its installation locale. The wiretap creates a steady cascade of raw data containing all the email, web, and other traffic being generated at that physical location. The resulting data is fed to a series of artist-made interfaces for visualization and animation.

Since no two data networks are alike, each installation of "Carnivore" takes on the personality of its site. In an office building, "Carnivore" responds like a living organism to the motions of each employee as they work; in a cybercafe, "Carnivore" follows the movements of each patron as they surf the web and check email.

Viewers experience "Carnivore" via video projections and computer kiosks. Each projection or kiosk features a different "window" into the data stream. Internet users may also follow along with the aid of special web-accessible Java applets and Flash movies.

Do hackers read your email? Are your personal demographics being bought and sold on the Net? "Carnivore" tackles these questions head-on, and tests our understanding of both the public and private spheres. More than a simple parody of its FBI predecessor, "Carnivore" breaks new ground by exposing data normally hidden to the public. "Carnivore" inverts the conventional wisdom on data privacy by taking the most dramatic step possible—full surveillance—creating a new form of public art for the Net

The Radical Software Group (RSG) forms the heart of the Carnivore production team. Founded in 2000 by Alexander Galloway, the RSG is an all-star collective of computer artists, hand-selected from cities around the world. Continually in flux, RSG membership expands and contracts to accommodate the task at hand. Collaborators are selected according to their unique area of expertise such that advanced production in several genres of contemporary computer art is possible, including network environments and interface design.