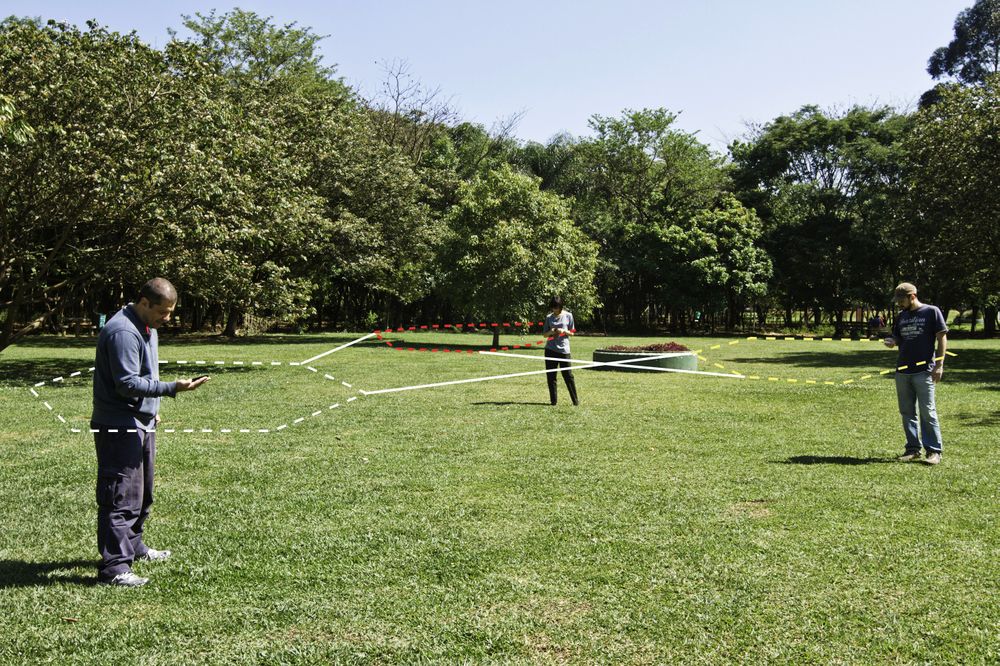 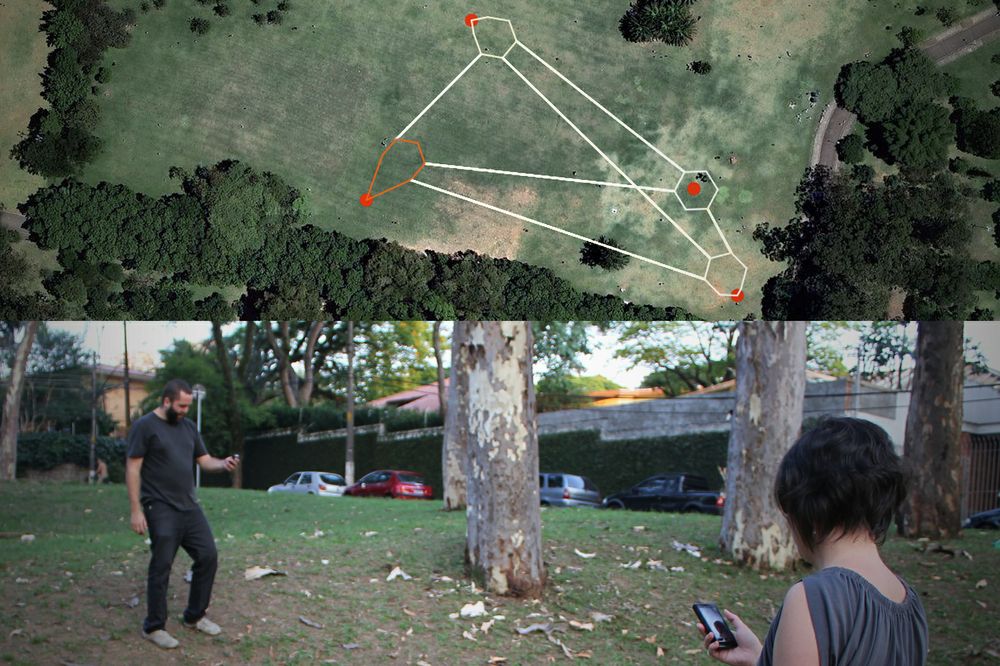 Original: wearablenets_claudiobueno.jpg | 1772 * 1181px | 1.5 MB | Image pertaining to the work - for publication
_Imagine the web of an elastic network ... Now put yourself under it with at least one friend (either in Linz, Sao Paulo, Moscow etc.).
Each friend will occupy a hole in the net. Now move, and don’t let your node break!
_

_Wearable Nets (Redes Vestíveis)_ is a collective performance based on a virtual elastic net. Through an online and geo-localized application installed on mobile phones, two or more people are connected to a virtual network graphically represented on the phone screen by an elastic net. With each new participant, a new node is added to the weft, tensioned by movements and physical displacements in nearby and distant places. The body that moves inside the virtual net stimulates the others to move too; if they don’t, the nodes in the network are shredded and break, disconnecting the participant from the work. The information takes over the body, moving it in a relational mode.

It is intended to suggest new experiences for this spatially located body, which performs against what it doesn’t see, but is nevertheless able to feel, somewhere between corporeal and incorporeal.

Finally, perhaps the work points to the resistance and the fragility of human and mediated networks.

The application is available for download at Apple Store (for iPhones) and Market (for Android phones) to be played in groups of up to ten people.
Whenever a group is full, a new one will be created automatically.


Programmer: Roger Sodré. Commissioned by Vivo Arte.Mov Festival 2010
Claudio Bueno (BR), artist, studying visual arts in a Ph.D. program at the University of Sao Paulo. Was resident at LabMIS (MediaLab from Museum of Image and Sound of Sao Paulo), winner of the Rumos prize for cyber art from the Itaú Cultural Institute, winner of the locative media prize from Arte.Mov Festival. With LAT-23 group, joined the Transitio_MX in Mexico, in the Connecting Urban Spaces exhibition in the Philippines and won the Rumos of Webdocumentary from the Itaú Cultural Institute.