I am thinking in a room, different from the one you are hearing in now 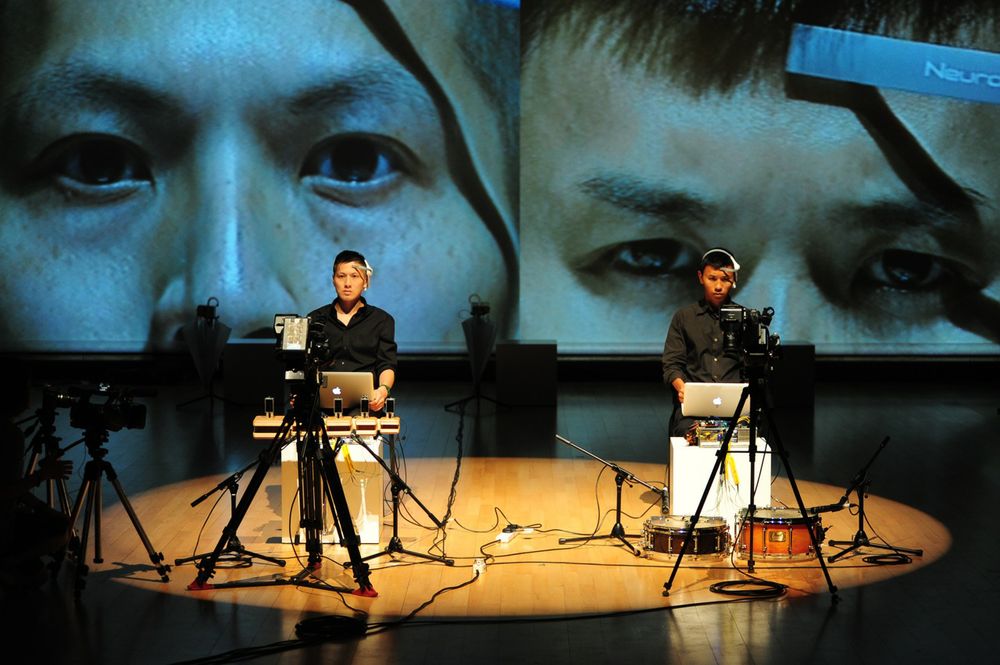 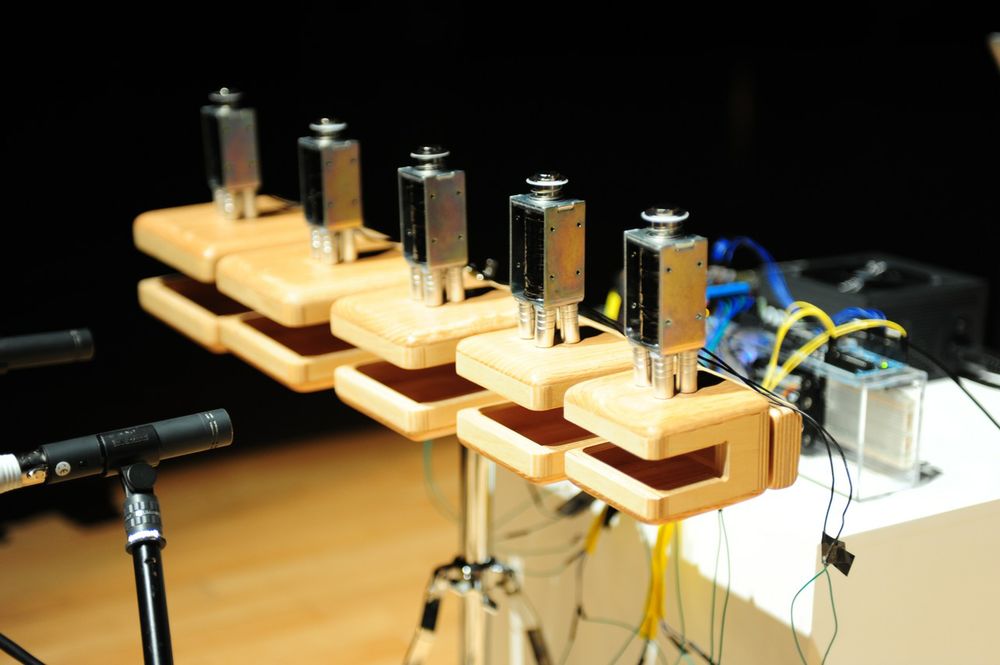 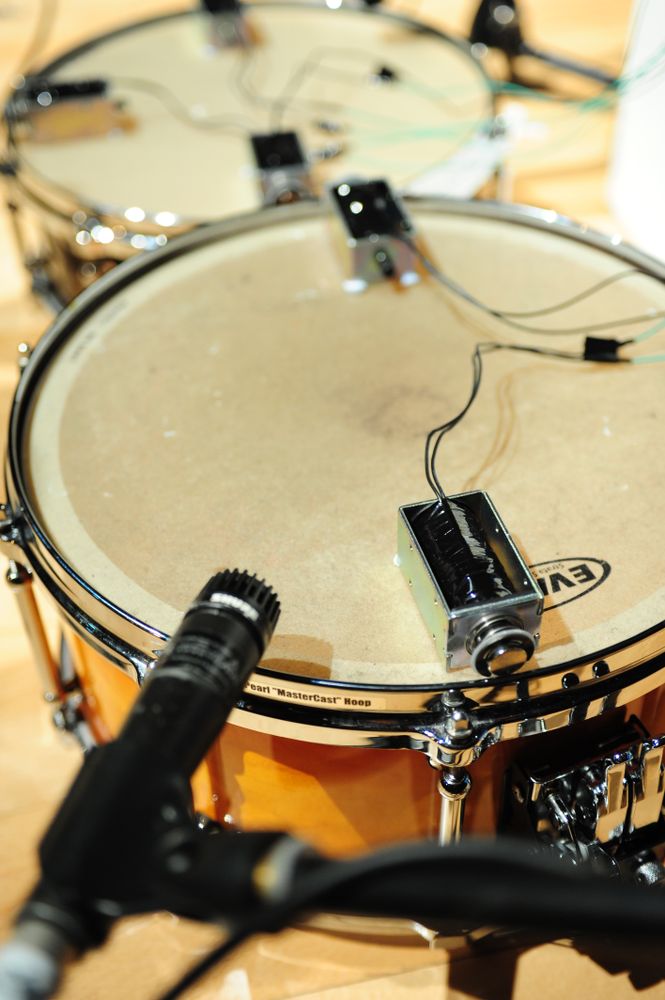 Original: DM_120610_194078_AEC_PRX_2012_I_am_thinking_in_a_room_perform4_1529991.JPG | 2832 * 4256px | 4.3 MB
_I am thinking in a room, different from the one you are hearing in now_ is a non-performance realized through sound.
The actors in this work are entirely immobile throughout the performance. While they sit still, brainwave sensors monitor their focus levels. Connected to the sensors are several solenoid motors, which are activated when the focus level is above a certain threshold. This level is pre-determined and scored into musical notation, which the actors attempt to “execute.” The actors carry out focus and distraction at various points. While focus is a state of becoming and less predictable, actors can reliably induce distracted state by moving their eyeballs quickly, thus overloading the brain with visual-stimulation distractions.

There is tension between the performative setting of this work and the conditions of a “successful performance,” which paradoxically relies on the actors’ ability to ignore both the setting and the presence of an audience. The constant struggle between focus and failure-to-focus, absence and presence, virtuosity and the loss of control is amplified through sound. Additionally, as soon as the actors become aware of the activation of the instruments they become distracted. This constitutes a mind-to-ear feedback loop and displays the actors’ failure.

**Samson Young** (HK), born 1979, is a composer, sound artist and new-media artist. His works are fundamentally informed by an engagement with new cultural-technological paradigms, yet deeply grounded in the classical musical tradition. Young’s creative output spans the widest possible range: from composition for orchestra and Game Boys, to amusement-ride-turned-sound-installation, to ensembles of iPads and iPhones, to multimedia music theatre. Young is currently a PhD fellow at Princeton University, and an assistant professor in critical intermedia art at the School of Creative Media, City University of Hong Kong. His mentors include Chan Hing-yan and the electronic-music pioneer Paul Lanksy.
http://www.thismusicisfalse.com/?portfolio=2011-i-am-thinking-in-a-room-different-from-the-
one-you-are-hearing-in-now-homage-to-alvin-lucier
Links: https://vimeo.com/37719784 http://www.thismusicisfalse.com/?portfolio=2011-i-am-thinking-in-a-room-different-from-the-one-you-are-hearing-in-now-homage-to-alvin-lucier https://vimeo.com/27901896