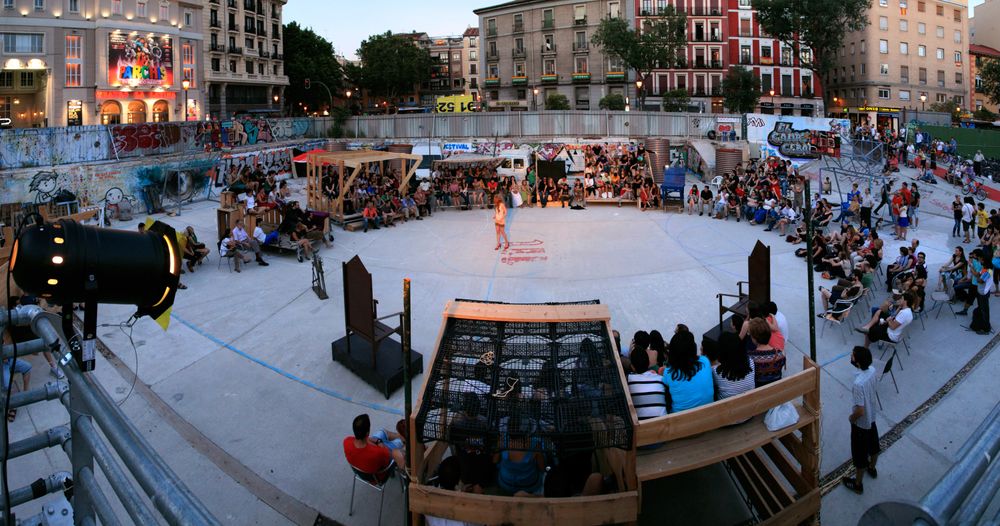 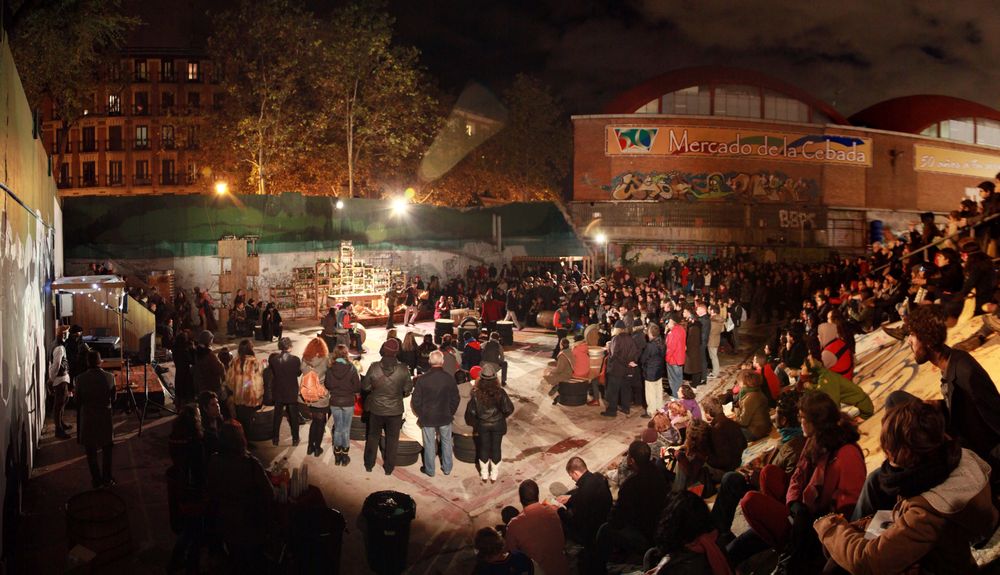 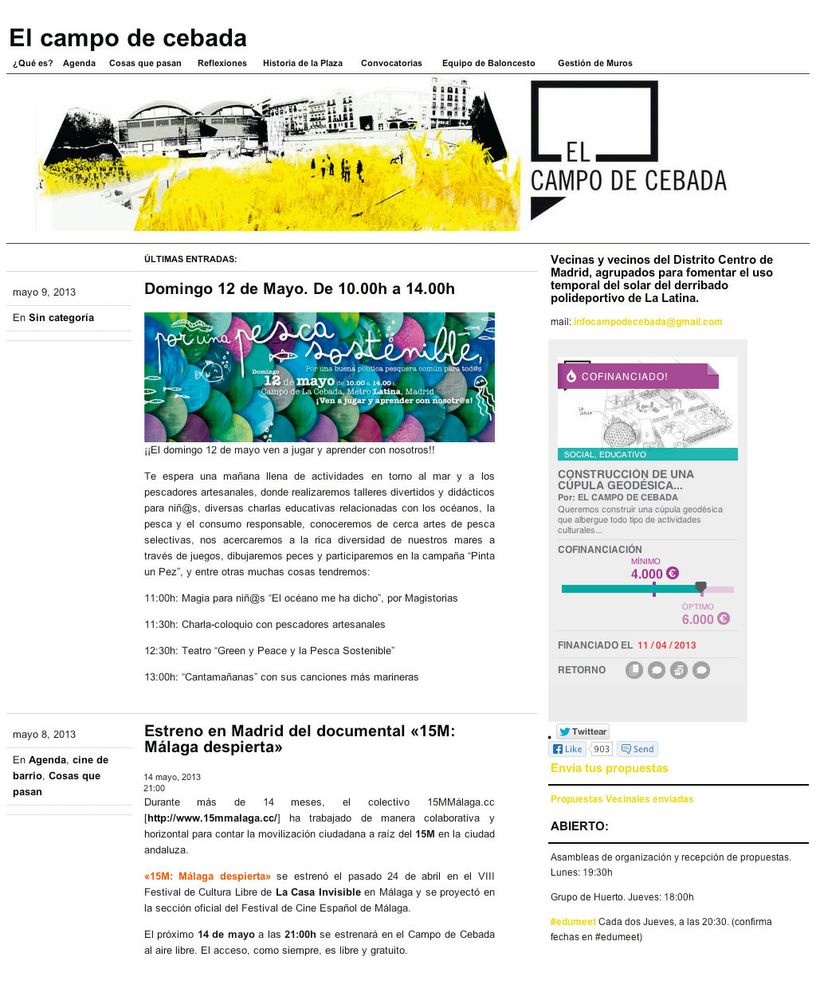 Two years ago it was only a void in the city, a hole where the local public swimming pool used to be. The city council demolished the pool to build modern new facilities, but then the economic crisis arrived and they found they had no money for the project. So the space was closed and fenced off. After a few months, and resulting from a conflict generated by a temporary activity held inside it during the celebration of Madrid’s White Night, the local residents realized that it was a shame to have 3,500 square meters of closed off land in the center of Madrid and thought it could be a chance for them to participate in their own neighborhood. So they came together with local associations and managed to talk to the government. It was agreed that the space should be managed by the local residents but in co-responsibility with the city council, combining the power of people willing to work for their city with that of the tools and experts that governments can deploy. This also works in the very important direction of legitimacy.

Now the space is co-managed by the residents and the local administration with dynamic and open tools to “save” the traditional understanding gap that often exists between them. It has a fully transparent open-data policy in both the virtual and real worlds, since all the meetings and assemblies are open to everyone, the resources management is published and can be always consulted. Everything is done through the effort of the individuals and collectives sharing their specific knowledge and all the designs are registered, uploaded and open for further improvement. It is a space to develop new ways of understanding and to construct an open-source urbanism based on ad-hoc solutions and common sense.

In all this, virtual space as important as the physical, with virtual players being related at the same level and creating this double support for a “community construction.” It uses web 2.0 space, a common mailing system and traditional social networks such as Facebook or Twitter (@campodecebada), creating network dynamics with other community projects in the city, programming an open-source urban square.

The aim is to bring together the largest possible number of players to reach agreement between traditional “enemies.” In this way _El Campo de Cebada_ works differently to other current self-managed spaces, which reject government involvement. We think the government and its experts must share responsibility with citizens in the construction of the 21st century city. By visualizing, mapping what we do and what we learn with this project, we can spread the idea of implementing new urban models in which the citizen is no longer a static agent with no decision-making power.

The new world context demands these new roles; urban planners and architects are now necessary experts, intermediaries between citizens and power, between administration and urban users. Our final aim is to implement strategies that can hybridize both physical and digital worlds. We understand that _El Campo de Cebada_ is constructed at the same time in both worlds and with the same importance; in the physical environment just as in the digital one there is no inauguration day, and it never finishes because it is always updating—a space that provides the opportunity to download but, even more importantly, to upload.

_El Campo de Cebada_ (ES) consists of a large number of individuals and collectives, citizens, experts, administrative assistants and technicians involved in the management and development of _Campo de Cebada_. They work voluntarily and for free for their neighbors, legitimated by their own work, hence increasingly feeling that they belong to a space that it is theirs because they look after it. They are curators of a city that they are helping to build through their own decisions. In this way everybody has authorship and yet nobody does.