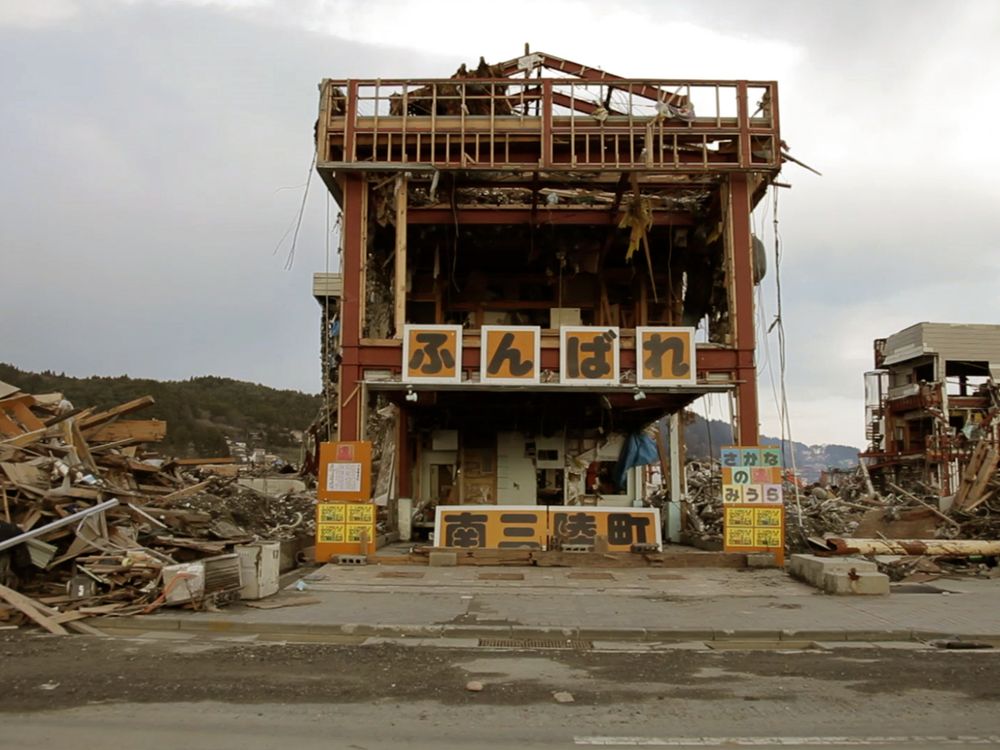 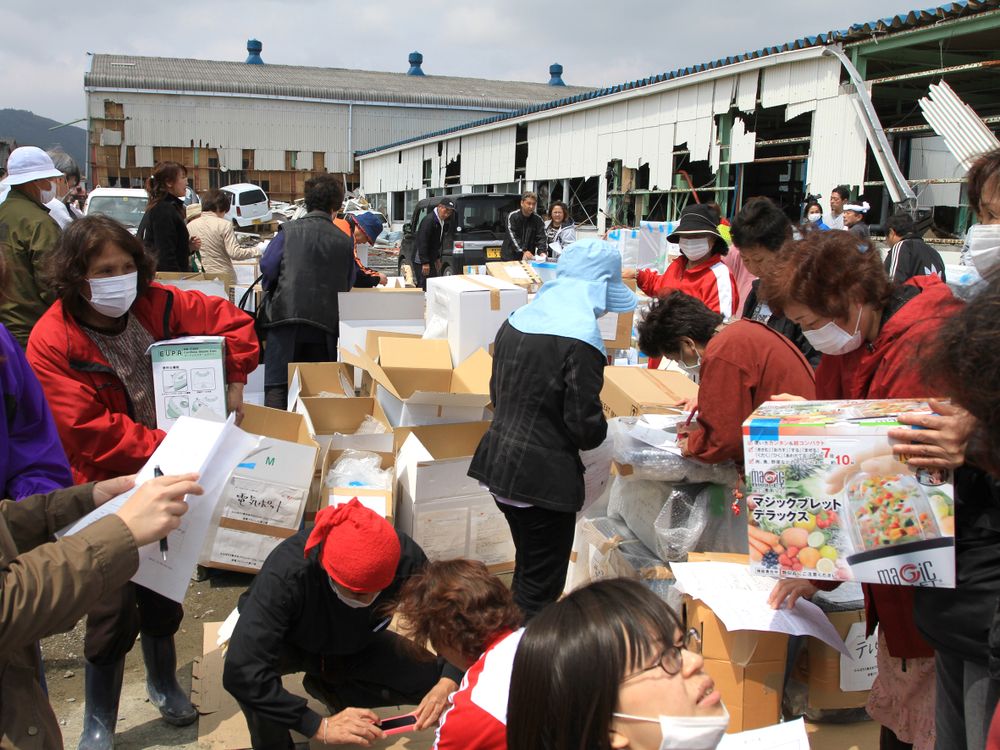 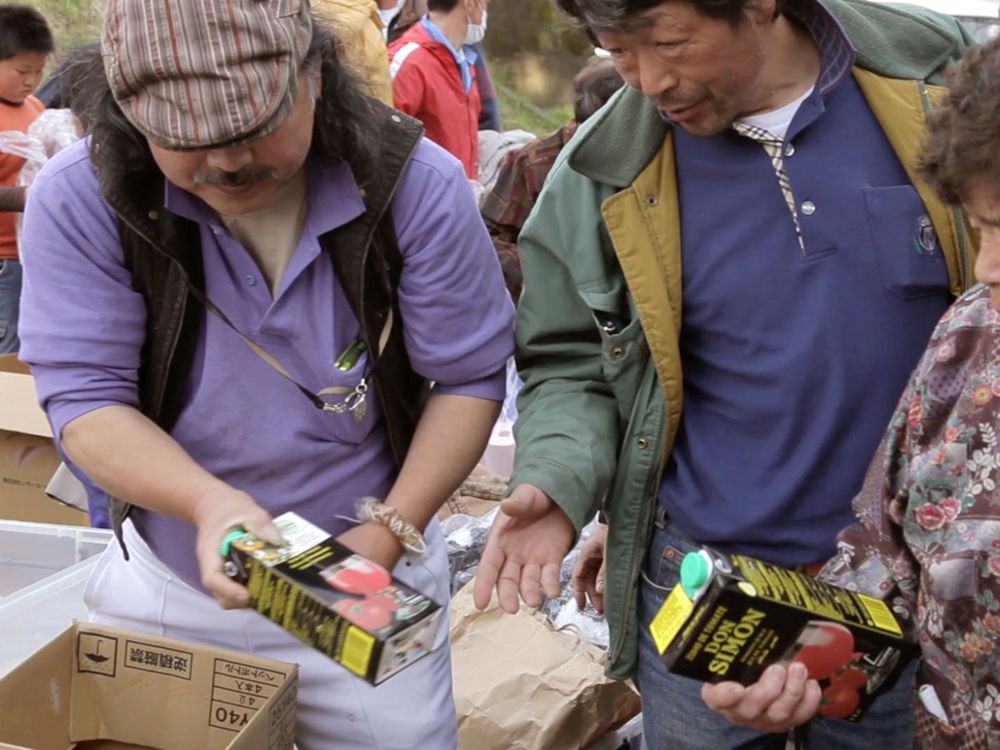 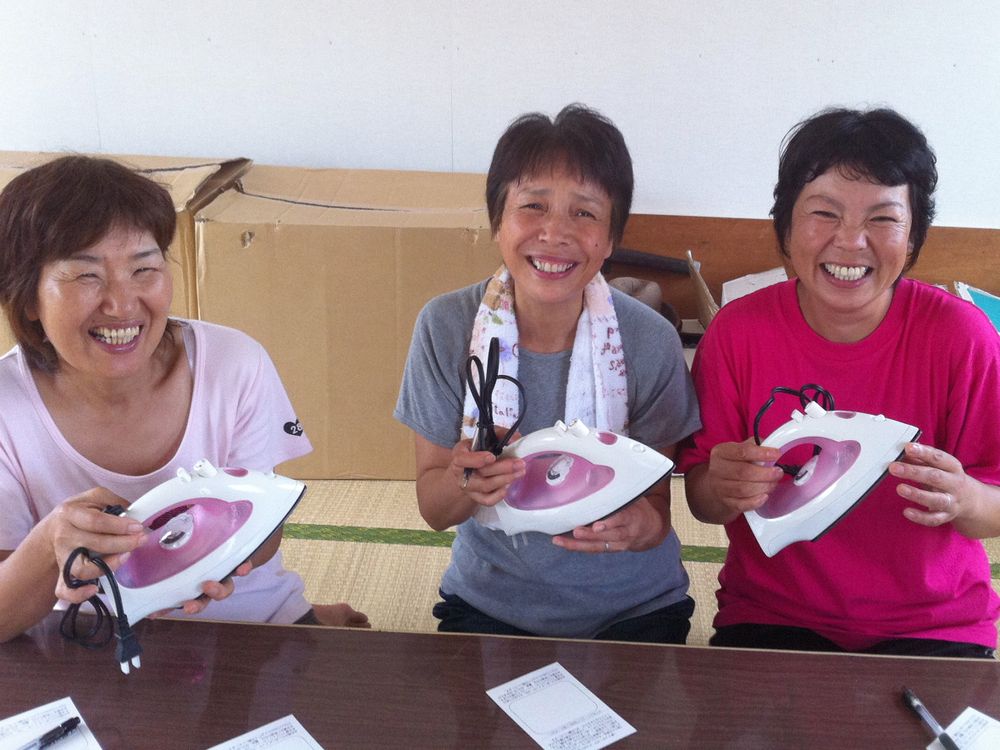 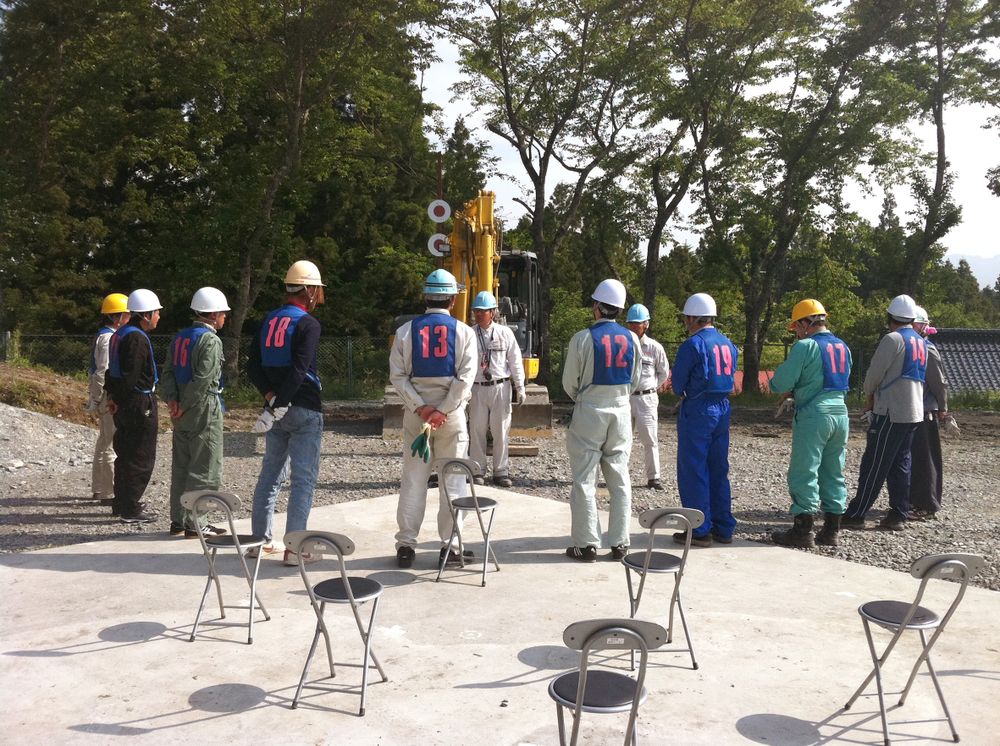 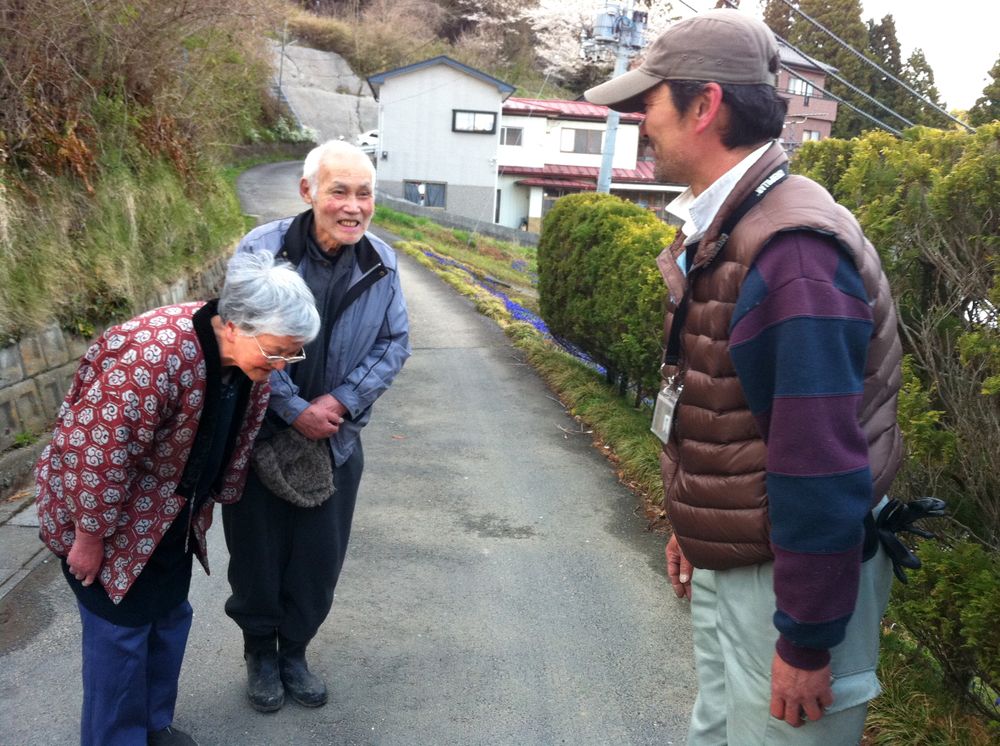 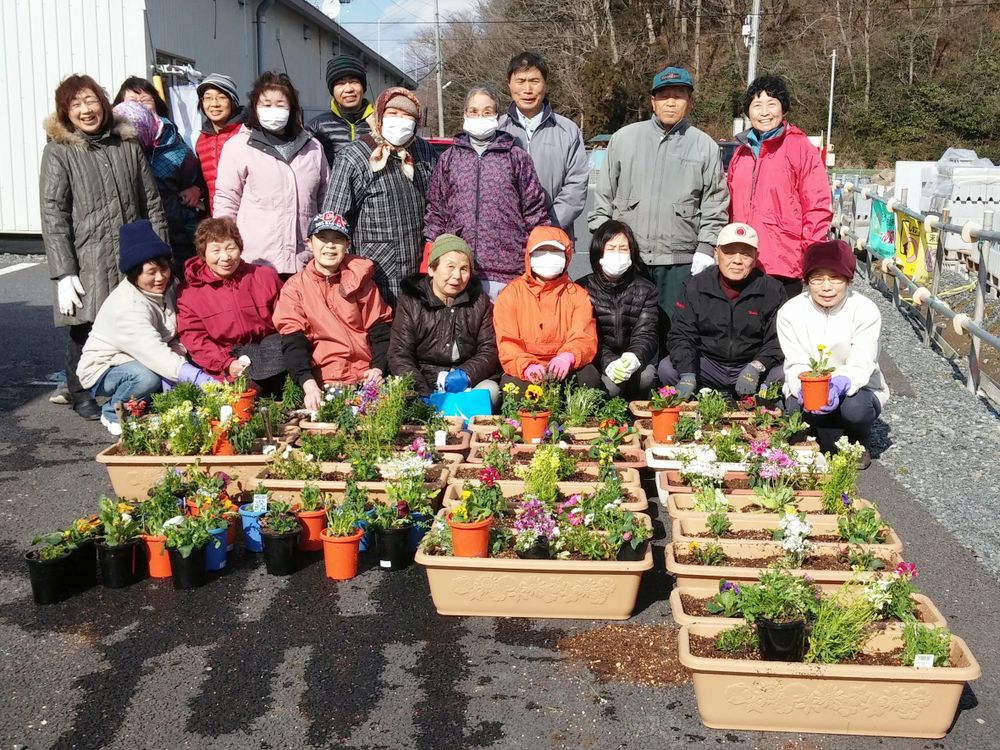 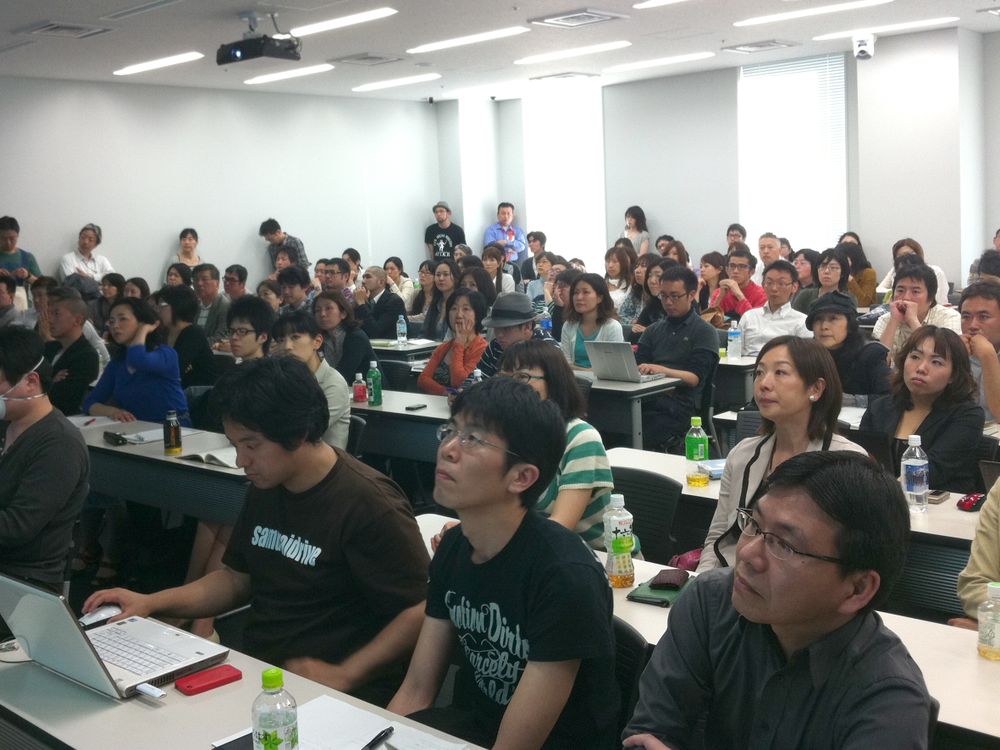 On March 11, 2011, Eastern Japan was hit by a massive earthquake. The great East Japan earthquake and the Fukushima No. 1 nuclear power plant accident plunged Japan into a national crisis. The numbers of missing and dead reached 18,800, and a further 2,916 died from the wider effects of the complex disaster. In all, 21,716 people lost their lives (as of June 2014).
*Project Fumbaro Eastern Japan* (PFEJ) is an autonomous crowd-sourced platform using social-network services (SNS) and the philosophy of structural constructivism systemized by Takeo Saijo PhD. It made it possible to cope with the critical situation by inviting people to connect autonomously and to set up various projects quickly.

*Fumbaro* is is made up of three prefecture chapters (Miyagi, Iwate, and Fukushima) several city chapters in Tohoku and other areas as well as project-based groups and an administrator group—over 50 groups in total. *Project Fumbaro Eastern Japan* became the largest volunteer community organization, with each group having a wide range of skills and cooperating on the Internet.

We would like to propagate this as a model system. Takeo Saijo therefore also called it “The Fumbaro Japan Model” (FJM). It has been used as a general-purpose method to cope with other disasters caused by heavy rain and landslides.

*Project Fumbaro Eastern Japan* began as an emergency supplies project. At first, the damage level of this massive and unprecedented earthquake varied so widely depending on the area that it was extremely difficult for the government and the existing framework to identify and determine every area and provide the necessary support. Thus large quantities of supplies sent by many citizens around the country did not reach small and medium-size shelters and people in houses hit by the tsunami. What victims really needed varied from situation to situation. A shelter in a village suffering from power failure did not need large quantities of clothes or picture books but a chainsaw to cut wood to keep themselves warm.Everything in the devastated areas had been washed away, and it was difficult for the survivors to move around or access the Internet, so their actions were extremely limited.
First, Saijo visited the devastated areas and started by listening to the individual requirements. With this information he set up a homepage (HP), where he published details of the individual and unofficial shelters’ needs as well as in his blog the next morning . He linked the URL of the HP to his Twitter account, publicized the fact that survivors living in small shelters and individual shelters could not receive supplies, and listed what was currently needed in the affected areas. Publishing these requirements on Twitter tended to cause an over-supply, on the other hand the HP could update the information in real time. So donors were requested to update information about their donations as soon as they had been sent, and the HP announced it as soon requirements were satisfied, thus avoiding continued unnecessary supply.

Based on all this information about survivors’ needs and effective means of delivery, he published a downloadable version of the *Fumbaro* brochure and asked volunteers to act as salespeople spreading the *Fumbaro* methodology when they were delivering the supplies, asking survivors about their needs and handing out the brochure. This enabled survivors to call *Fumbaro* directly, making it possible to rapidly cover hundreds of shelters scattered around a wide area and provide continuous support

Since supporters put their names and phone numbers on the delivery box, survivors knew who they were receiving the supplies from and could make a thank you call. Hearing the voices of the survivors, supporters understood how severe the situation was and how much their help was appreciated. This connection motivated supporters to further action. Some started direct support for *Fumbaro*, others visited the affected area with supplies personally. The structure thus directly connected supporters and survivors.

In an emergency, when conventional top-down administration systems did not function, we struggled to construct a structure that could establish an autonomous victim-support system connecting supporters’ wishes to victims’ needs.

There was the unreasonable situation that the survivors who returned to their own semi-destroyed houses or apartments could not receive the domestic appliances delivered by the Japanese Red Cross, while the survivors in temporary shelters could. Seeing this situation, we started the Domestic Appliance Project to bridge this support gap. First, we collected domestic appliances in each area, mainly in Tokyo, and sent them to the survivors in each affected area in Tohoku.

When summer came, many electric fans were needed. So we set up a special web site, and developed a new method to deliver appliances purchased by supporters to the survivors who needed them. When winter came, we proposed a new method to support survivors scattered in many different areas in Japan. We put an advertisement in the national newspapers and other media so that the survivors could send a copy of their disaster-victim certificate and let us know appliances they needed. Ultimately, the Domestic Appliance Project was successful, with 25,000 affected homes receiving appliances.

In an early phase after the disaster, many survivors who had lost their houses and workplaces were forced to spend their lives in shelters, surrounded by huge amounts of rubble. Aware of this, we started the Heavy-Vehicle License Project, aiming to help the unemployed survivors to get licenses to use heavy equipment so they could find jobs clearing rubble or in reconstruction. The project helped supported more than 1,000 local survivors to obtain a heavy-vehicle license.

These projects were started and managed autonomously, utilizing existing systems such as Facebook groups, Cybozu and Paypal. *Project Fumbaro Eastern Japan* has realized the support of disaster-affected areas as the next generation crowd-sourcing model, which functions autonomously for the citizens and by the citizens, and also as an autonomous network model for civil volunteers. According to its essential principle, the effectiveness of this method depends on the situation and the aim. *Project Fumbaro Eastern Japan* maintains the approach of not clinging strictly to one model, by promptly winding up a project team when it has completed its role, even changing the organizational structure according to the situation. In the face of a massive disaster, problems of organization immobilized by precedentalism tend to surface. We have learned a lot from these lessons in our creative approach.

Project Fumbaro Eastern Japan (PFEJ) is a new support model constructed by Takeo Saijo, PhD to cope with the unprecedented disaster after the massive earthquake hit Japan on March 11, 2011. “Fumbaro” means “hang in there”, especially used by local people in eastern Japan. Our basic purpose is supporting the earthquake/tsunami survivors. And our system using social networking services (SNS) serves to link supporters from all over Japan with the survivors. About 3,000 SNS members in the Facebook group maintain and assist our activities. There are various types of volunteer workers in PFEJ, such as businesspeople, full-time home workers, medical workers, artists and craftspeople, educators, scientists and technicians and people from the media, who use their respective skills to contribute to the maintenance, management and development of the project. In addition, over 1,000 supporters around the country donate to PFEJ regularly. Everybody works without pay and all donations go to the devastated region.
Links: http://fumbaro.org