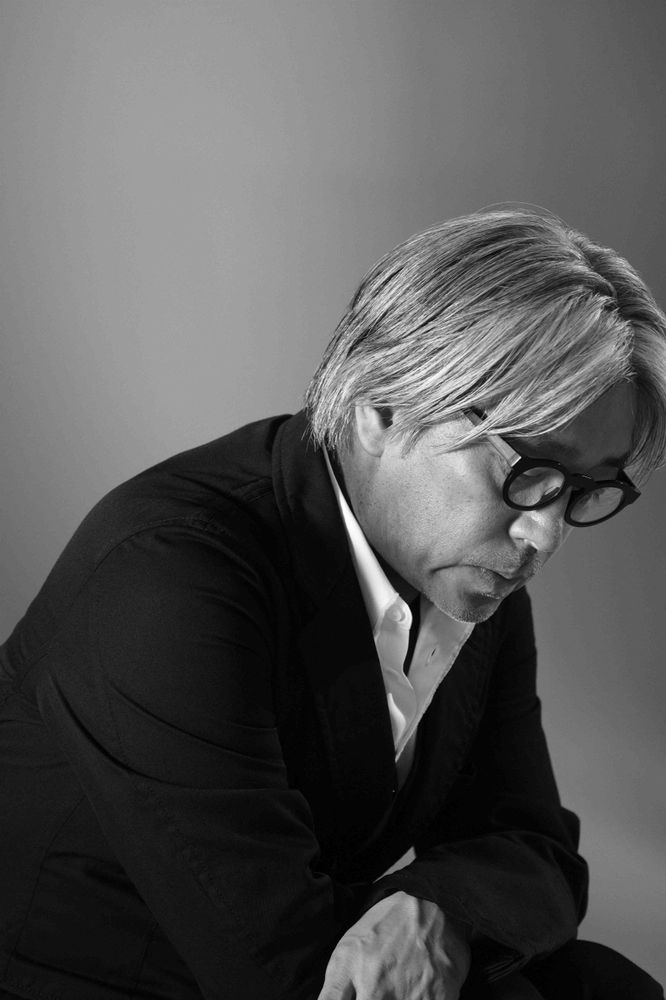 Original: sakamoto_2010_main-small.jpg | 3744 * 5616px | 696.9 KB | Ryuichi Sakamoto | © Kazunali Tajima
Ryuichi Sakamoto was born in 1952 in Tokyo, Japan.
He entered the Tokyo National University of Fine Arts and Music in 1970, earning a B.A. in music composition and an M.A. with special emphasis on both electronic and ethnic music. After working as a session musician with Haruomi Hosono and Yukihiro Takahashi in 1977, the trio formed the internationally successful electronic music band Yellow Magic Orchestra (YMO) in 1978.
Following the disbanding of Yellow Magic Orchestra in 1983, Sakamoto went on to release a large number of solo albums and over 30 film scores.