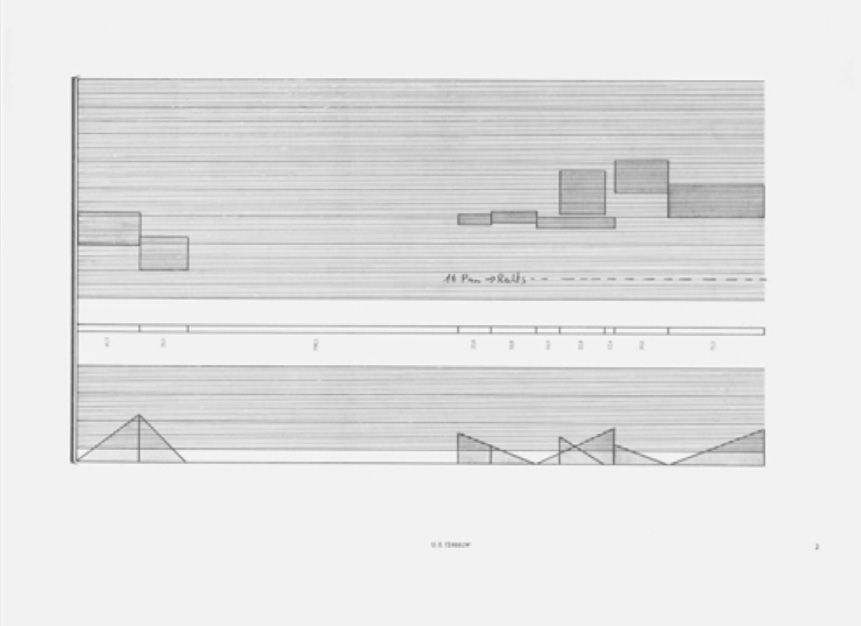 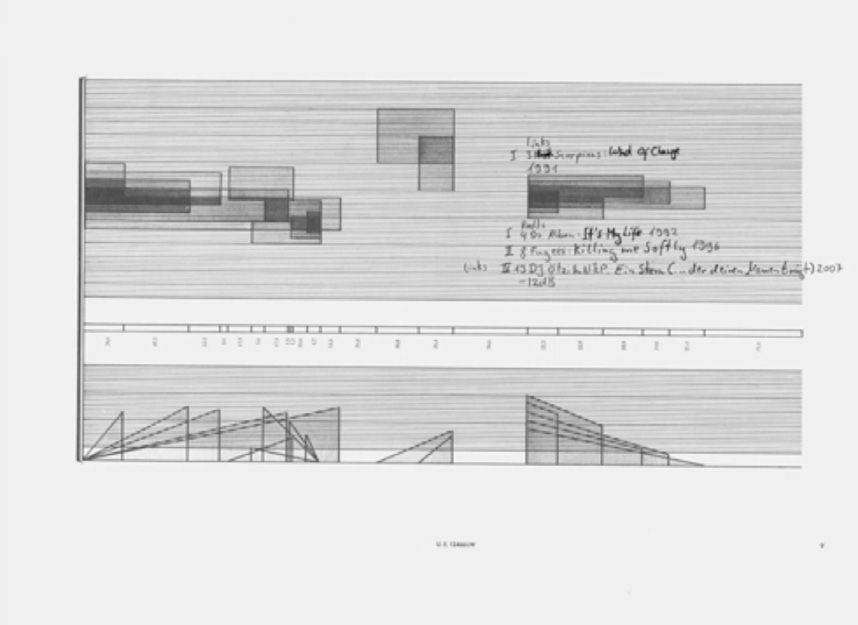 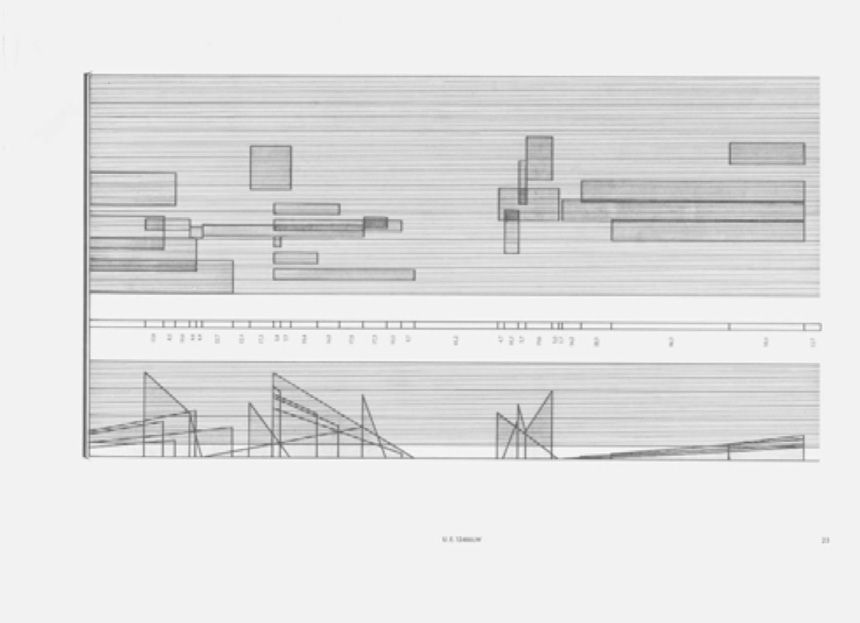 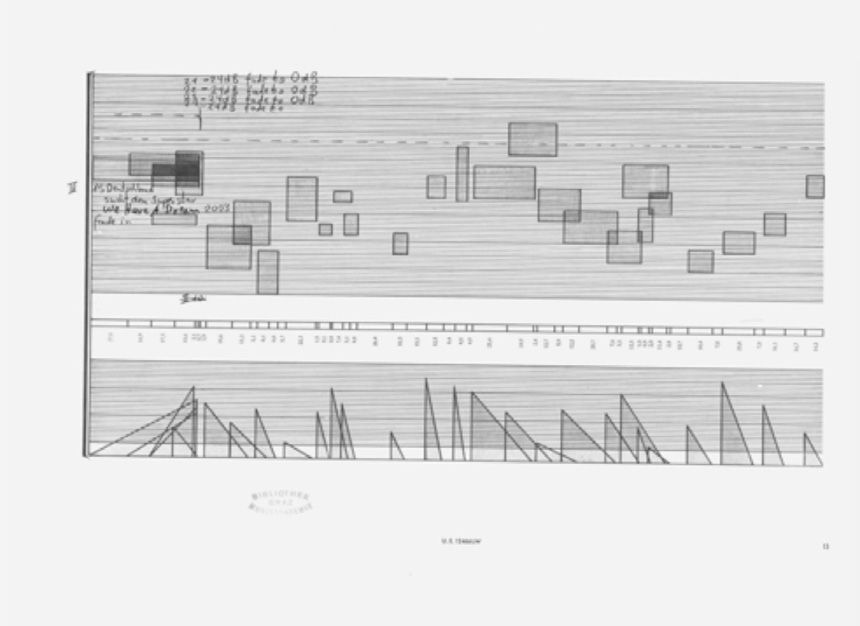 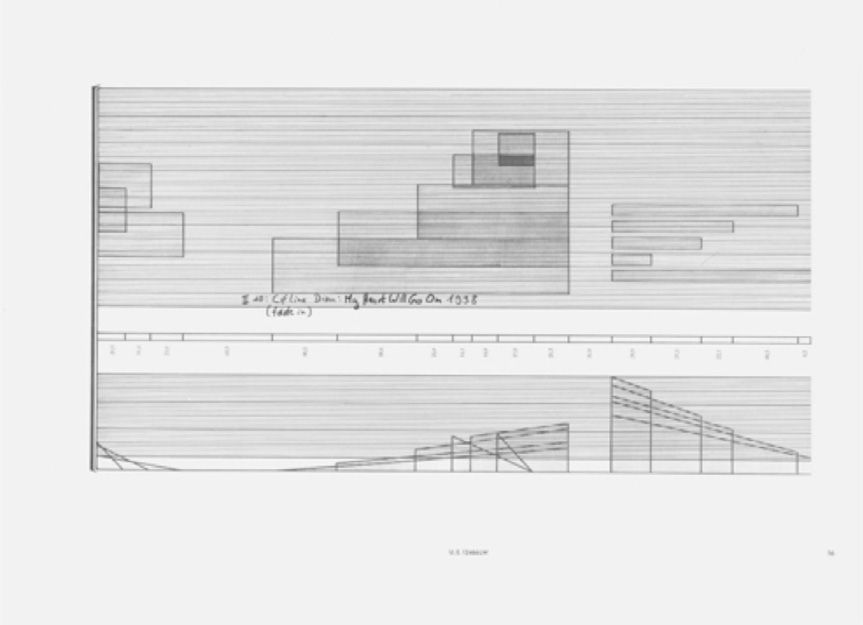 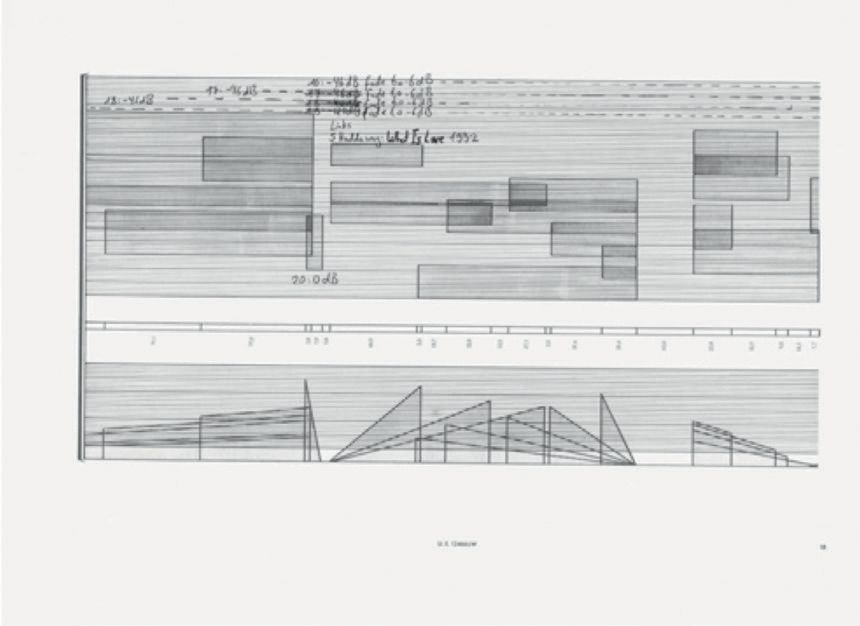 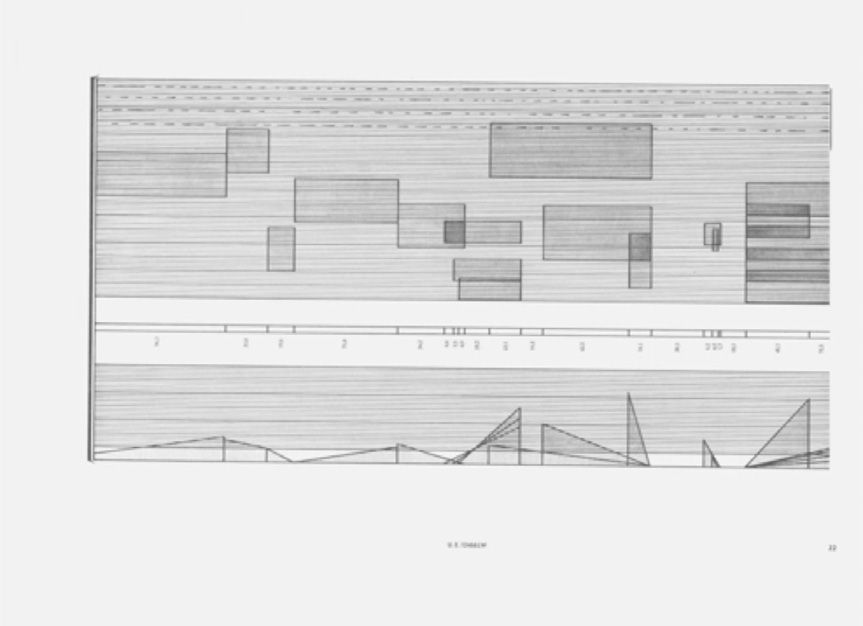 Original: DM_150022_211748_AEC_PRX_2015_dieletzten25jahre_8_1903697.tif | 863 * 626px | 550.8 KB
Original: Die_letzten_25_Jahre.mp3 | 0s | 35.6 MB
Though still little known to non-professionals, Karlheinz Stockhausen’s *Studie II* is one of the 20th century’s most influential pieces of early avant-garde electronic music. In *Die letzten 25 Jahre …* its idea of a musical restart by inventing everything from scratch—from musical instruments, scale, horizontal and vertical proportions to the formal and structural elements—is contrasted with late 20th-century recycling and sampling culture. *Studie II* is organized like an instrumental composition consisting of a score that defines musical values to be played by an instrument, in this case sine-tone generators. For *Die letzten 25 Jahre …* the score remains basically unchanged, while the sine-tone generators have been replaced by a sampler fed with 25 German number one hits from 1989 to 2013: The score reads through 25 years of pop history.

In this way two opposing ideas of music-making collide, each read through the other: the post-war avant-garde music from Germany on the one hand, strictly avoiding tonality, beat or loop patterns and strictly distancing itself from popular music. On the other hand music as an industrial product, valued by its sales volume. While the rapid tour of musical pop history reassembles the sound of a society, of its mainstream, *Studie II* seems to represent a radical approach to music as a utopian project. But Stockhausen’s *Studie II* has become a historical piece of music as well; it can be replayed and recycled itself and become a part of sampling aesthetics even though its approach was opposed to it.

To realize *Die letzten 25 Jahre ...* a slightly modified MAXMSP patch by Georg Hajdu was used to trigger the samples through a real-time version of Stockhausen’s score. The numbers five and two play a central role within Stockhausen’s work itself (five-part chords, a scale consisting of steps multiplied by the 25th root of two, sections of five). For *Die letzten 25 Jahre …* they are intensified: Stockhausen’s score is played five times in a five-part canon. Every run through represents five years of number-one hits. The occasion was also the 25th anniversary of the Mousonturm Frankfurt. This piece can be performed live or played back as a five-channel stereo version.
The realization is based on: Karlheinz Stockhausen’s: *Studie II*, Stockhausen Verlag 1954
It uses a modified version of the real-time MAX MSP patch by Georg Hajdu. Download: http://georghajdu.de/6-2/studie-ii/

Hannes Seidl (DE) is a German composer and sound artist. His works include sound installations, music theatre, short films and concert music. Born 1977, he studied composition with Nicolas A. Huber and Beat Furrer. He has received scholarships and prizes including the Darmstadt Summer Courses, Akademie der Künste Berlin and the DAAD and Best Experimental Film (together with Daniel Kötter) at the Bolzano Short Film Festival. His compositions have been performed at numerous festivals such as Maerzmusik Berlin, Ultima Oslo, Steirischer Herbst and Warshaw Autumn. Since 2008 he is has been working intensively with video artist Daniel Kötter. Hannes Seidl lives in Frankfurt/Main.