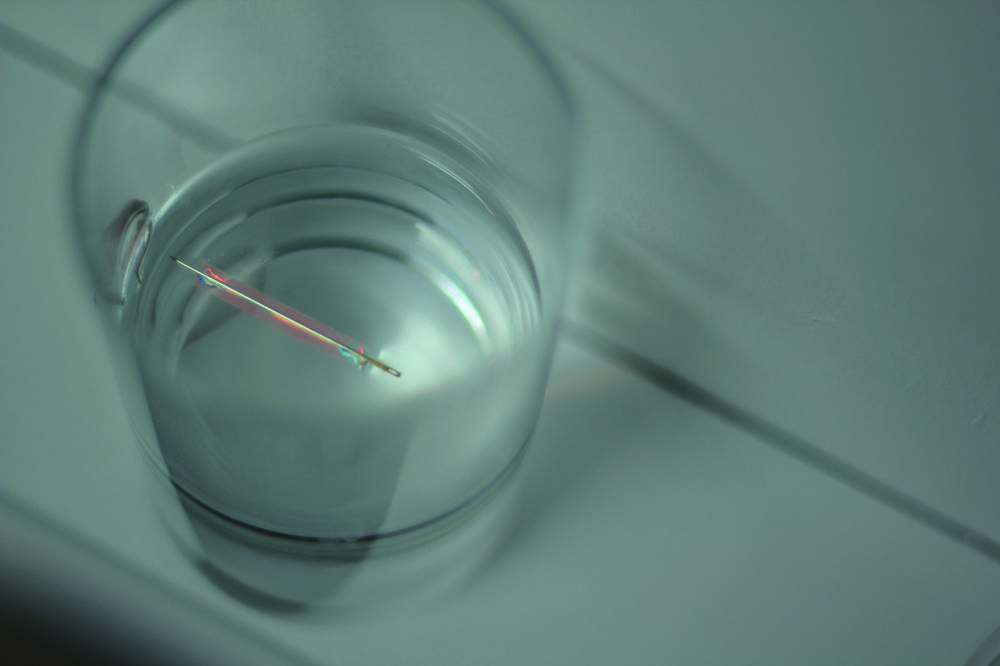 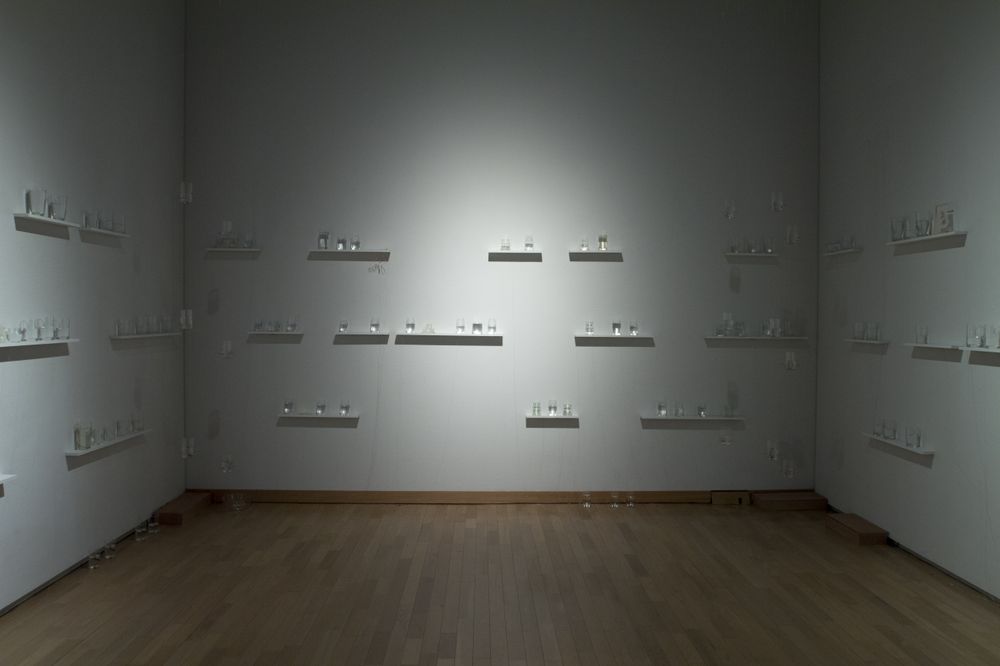 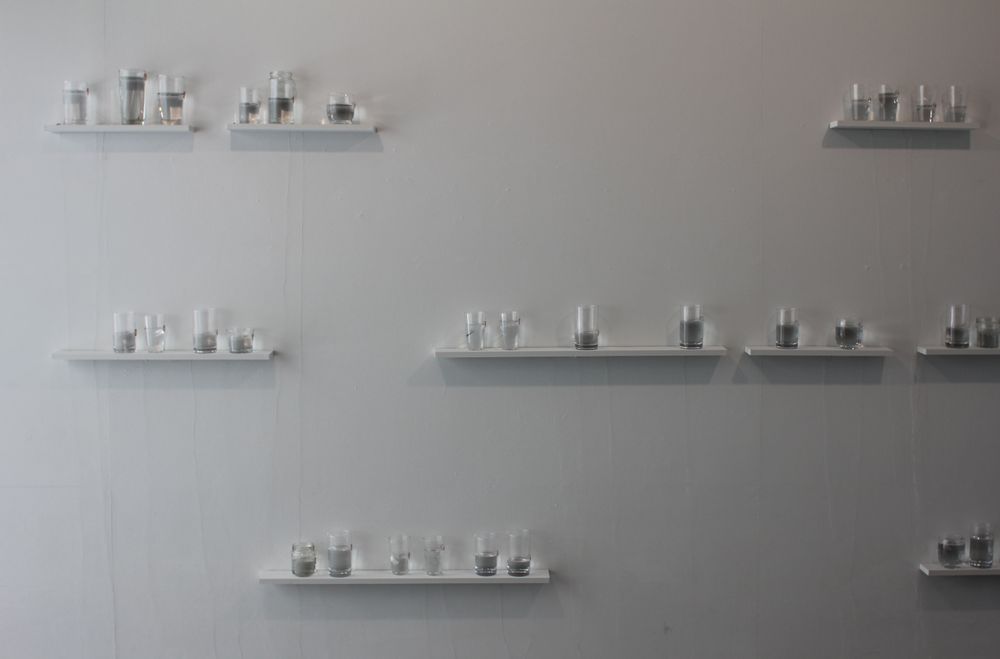 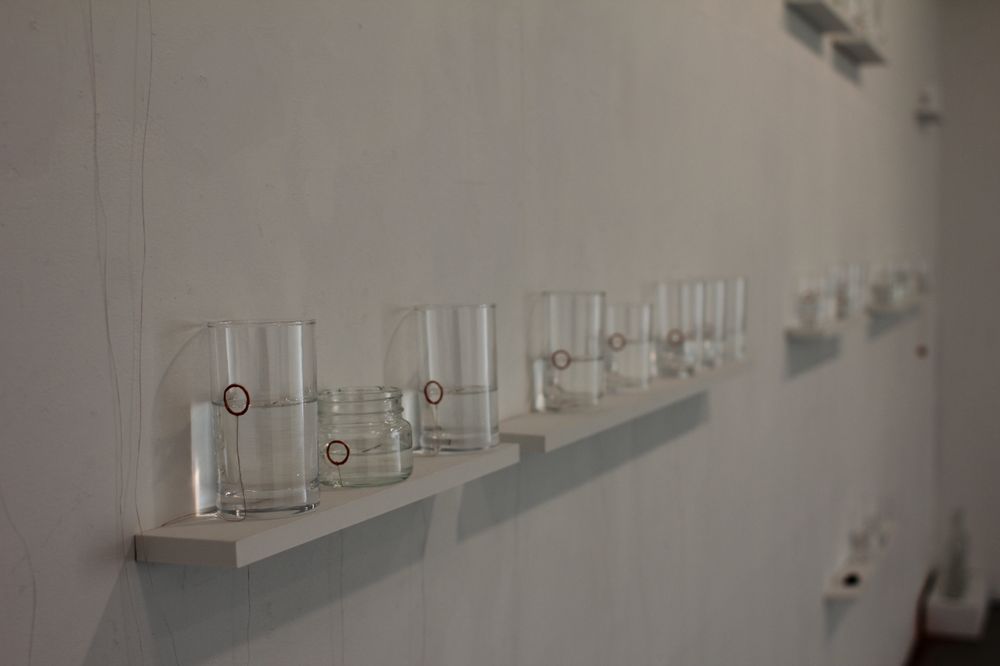 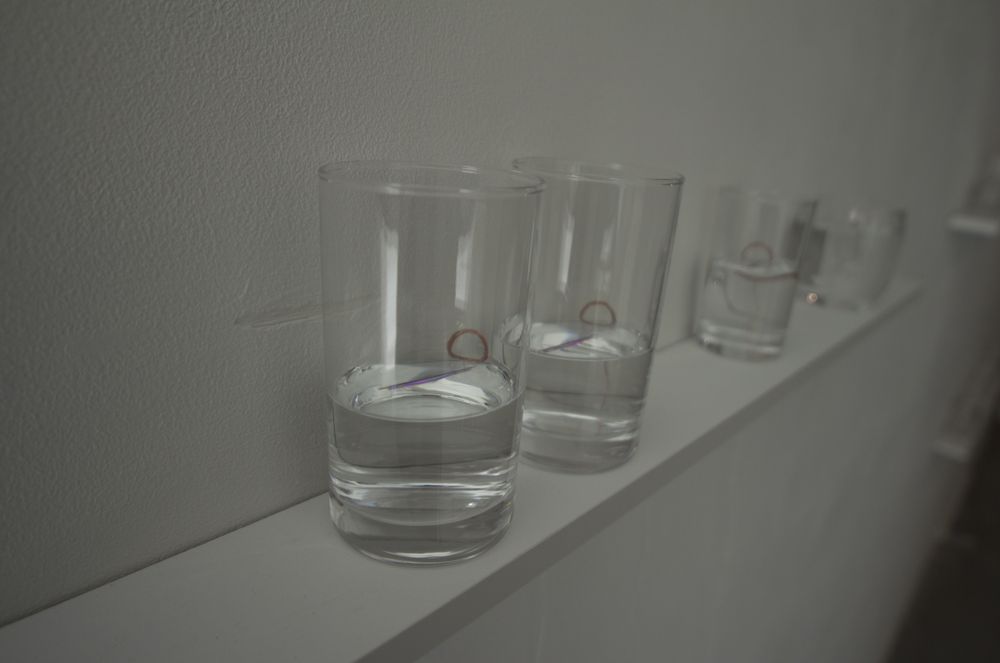 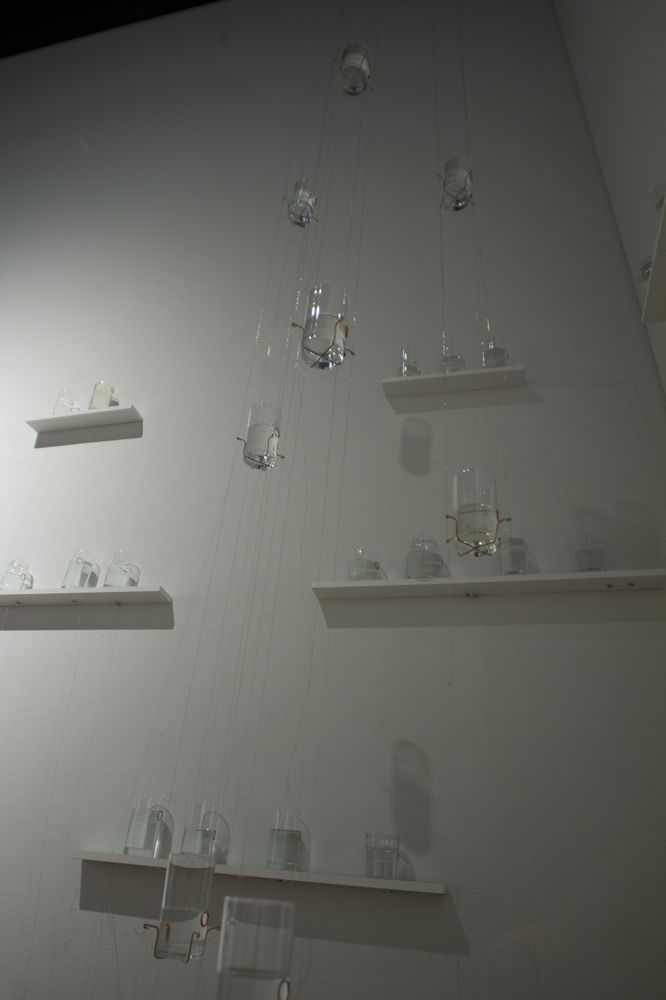 Chijiki means geomagnetism: terrestrial magnetic properties that have always existed and affect everything on earth, though it cannot be perceived by the human senses. Nevertheless, since long before age of discovery, people navigated with the help of compasses using geomagnetism. In recent years, various devices that utilize geomagnetism have even been incorporated in smartphones. On the other hand, some scientific research reports that the behavior of migratory birds, bees and some kinds of bacteria, as well as the cause of beautiful aurora, are all related to geomagnetism. The 16th-century English physicist William Gilbert even described geomagnetism as being like a life-form. However, modern physics has not yet completely unearthed what causes it.

A “suikinkutsu” is a sound installation for Japanese traditional gardens, invented in the Edo period. The sounds of drops of water falling through an inverted earthenware pot buried under a stone washbasin resonate through hollow bamboo tubes. Since ancient times, the Japanese have been sensitive to perceiving nature as it is, from the sound of the wind through pine trees or singing of insects. “Suikinkutsu was developed with this kind of delicate sense.

While I was working on this work, I happen”ed to visit my favorite temple, in the middle of a secluded mountain in Kyoto. The temple has an excellent garden with a big white pine tree spreading its branches in incredible shapes. In a small corner of this garden, was a “suikinkutsu”. And when I carefully listened to the profound sound from underground, I noticed that my work coincidentally sounded similar to the “suikinkutsu”. And afterwards, that awareness helped to polish the concept. The concept of the work *Chijikinkutsu* is not derived from the experimentalism of science and technology on which media arts rely, nor from architectonic theory of western music on which some sound arts are based. While utilizing the action of geomagnetism, which is normally treated as a subject of science, this sound installation expands the subtle sounds of “suikinkutsu” in the context of the Japanese perspective on nature.

*Chijikinkutsu* is made using water, sewing needles, glass tumblers and coils of copper wire. The needles floating on the water in the tumblers are magnetized in advance, so they are affected by geomagnetism and turn themselves in a north-south direction. When electricity is supplied to the coil attached to the outside of the tumblers it creates a temporary magnetic field that draws the needle to the coil. And the faint sound of the needle hitting the glass resonates in the space all around. A MIDI is used to control the system. A DTM sequencer app running on an iPAD sends MIDI data signals to the controllers which were especially designed for the work, and they distribute serial data to each port, switching the electric current to the coils.

I did not include many elements in the work, but aimed to create a minimalist expression like a painting with a large unpainted margin. I can use the example of the sense of taste to explain this. Until the late 20th century, it was thought there were only four tastes—sweet, sour, salty and bitter—that made up the complex of human tastes. However, there proved to be the fifth category, corresponding to the flavor of glutamates. This is the pleasant savory taste also known as umami, which is the most important element in Japanese cuisine. Instead of mixing many flavors to make a thick taste, the Japanese like to bring out the best of umami from the ingredients themselves by adding the minimum appropriate seasoning. In other words, their approach to taste is the pursuit of purity. Getting back to my work, I did not add unnecessary elements such as many colors, LED lights, amplified sound etc., so that the acoustic sounds would stand out and viewers could concentrate on listening to them. Then some of them might notice that geomagnetism is affecting the movement of the needles.

A round surface of water in the glass with a floating magnetized needle, reminds me somewhat of a tiny earth with its geomagnetism. The fainter the sounds of the glass, the more keenly viewers’ sensibility will be sharpened. In the meantime, they realize that the sounds are not coming from outside their bodies, but already exist inside their mind.
Concept, space design, hardware development, sound-sequence programming: Nelo Akamatsu
Nelo Akamatsu (JP) creates art works across several media such as installations with electric devices, event installations, video installations, sculptures, paintings and photos. He has an MFA from the Department of Intermedia Art of Tokyo National University of Fine Arts and Music in 2005. Main exhibitions: Taro Okamoto Award of Contemporary Art (prize 2004, 2014), joint exhibition at Bauhaus University in Weimar (2004), joint exhibition at Yokoham BankArt (2008), solo exhibition at the Italian Embassy in Tokyo (2009).