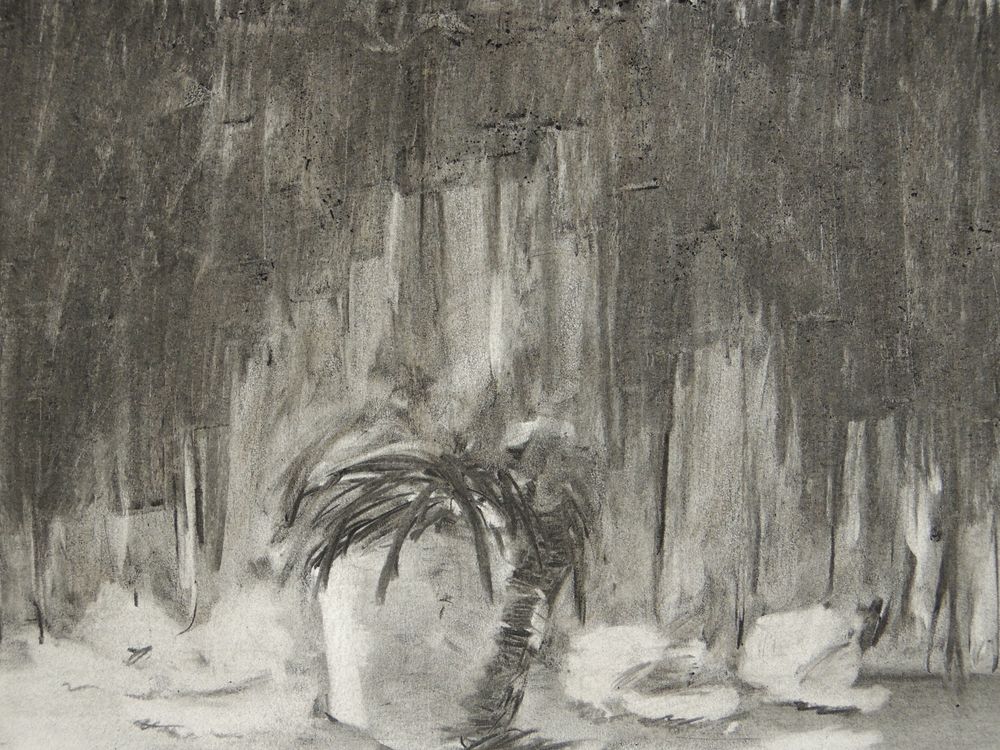 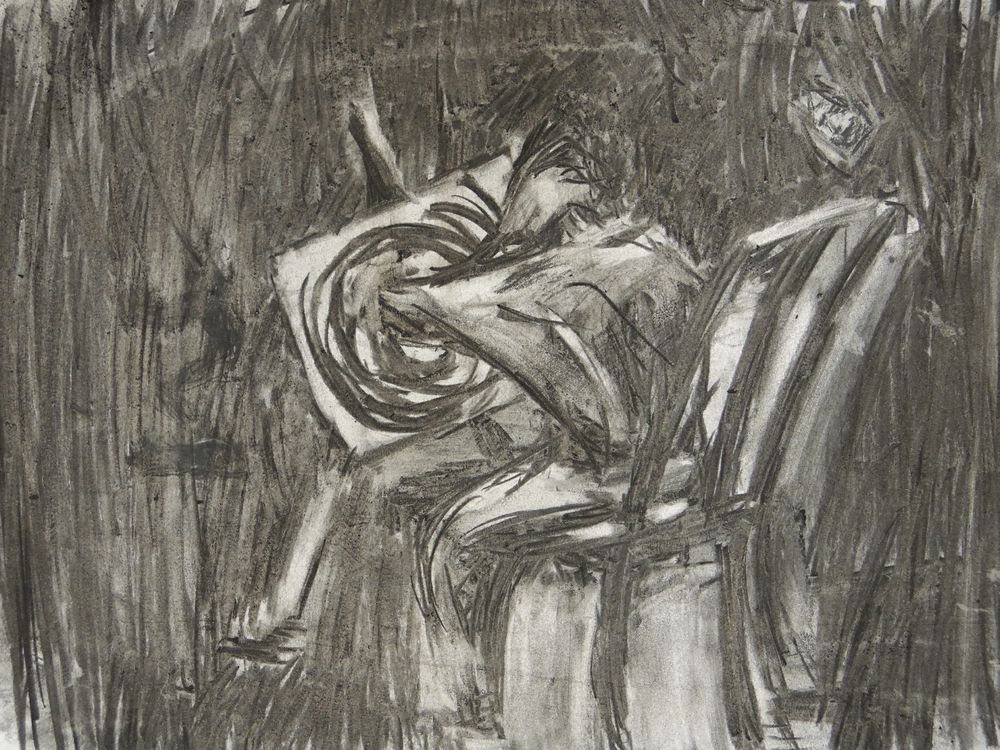 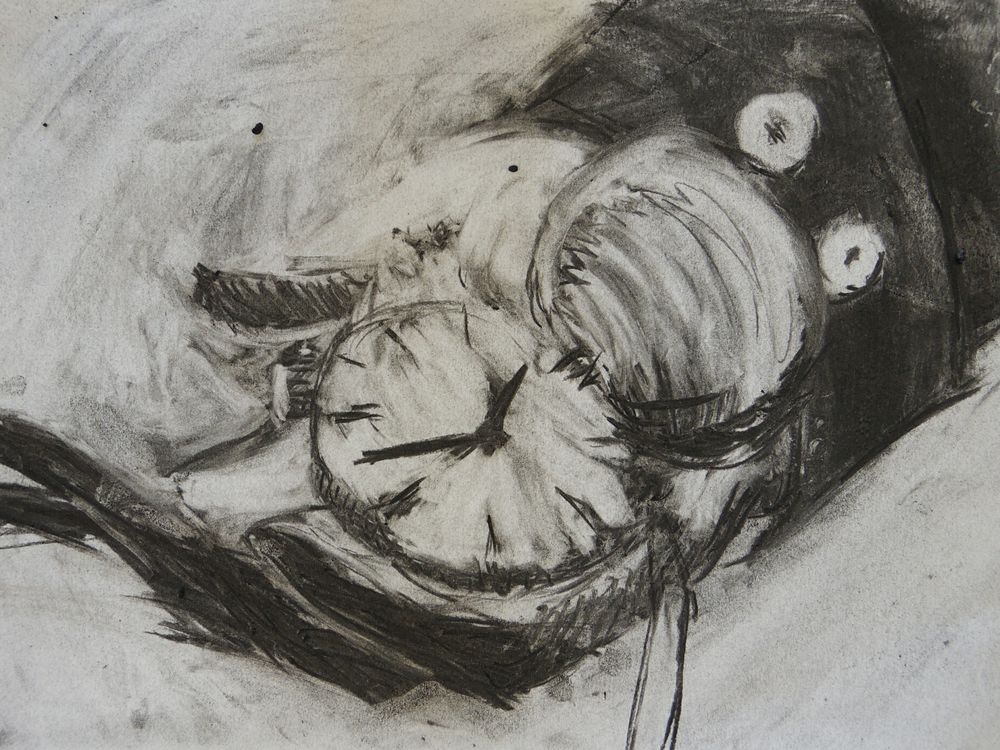 Original: U19_150031_212906_AEC_PRX_2015_insideandbetween_3_1903747.jpg | 1920 * 1440px | 2.2 MB
Now pay close attention: My film isn’t a copy! It has certain similarities to works by William Kentridge, I freely admit that. He’s shown many times that the combination of painting/drawing and film can produce a very special effect. Due to my love of motion pictures and the fact that I’m pretty good with charcoal pencils, I got the idea of shooting a stop-motion film. You have a lot of different possibilities when you have total control on paper over everything that’s supposed to happen. To produce the images, I made drawings on sheets of paper and then used an eraser to create the lighting effects. After each modification that was to appear on screen, I took a photograph with a camera mounted on a tripod. But in contrast to Kentridge, the point of my work isn’t to draw attention to social problems. Instead, it’s an attempt to stimulate the imagination that’s in all of us, and to get across my thought processes.

In a certain sense, my film’s content didn’t just materialize out of the blue. The idea for the plot came from (music and) lyrics by Roger Waters. As in the album *The Wall*, this is about a protagonist who gets lost in a self-created world in which he cuts himself off from the world outside. But in my film the artist isn’t surrounded by a wall, he’s shut up in the same room where everything started. So how did this come about? He just incessantly worked on painting his picture until I guess he just forgot about everything else—even time, which simply took leave of him. Who wouldn’t have done the same?

Gabriel Radwan, I was born and raised in Vienna, but most of what I learned came later. At the age of twelve, I moved to St. Georgen am Ybbsfelde in Lower Austria and attended a secondary school in Blindenmarkt with a strong music program. Music has always been an important part of my life, and maybe that comes across in my work. The same goes for art in general and the school I’ve attended—they’ve left their mark on me over the past five years.