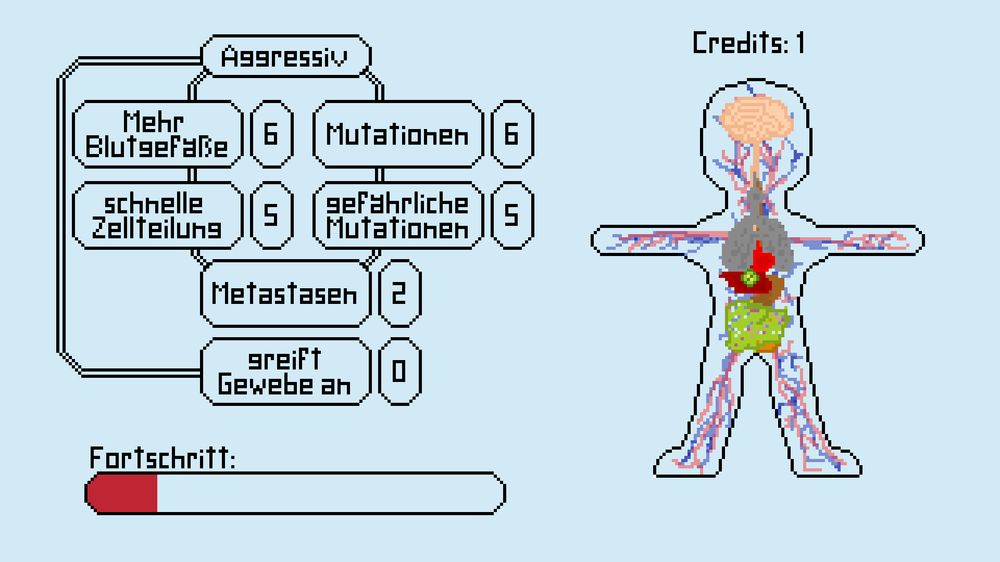 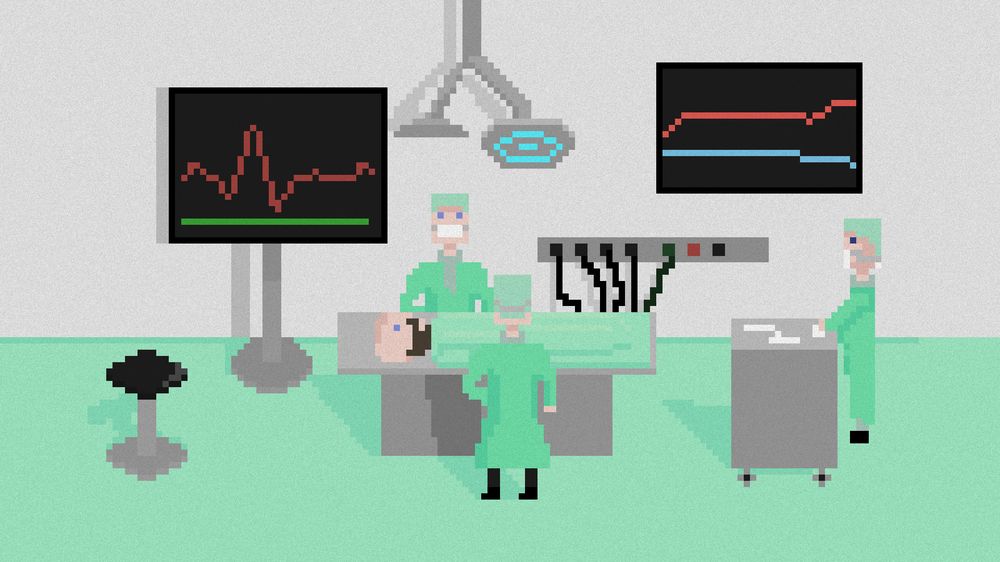 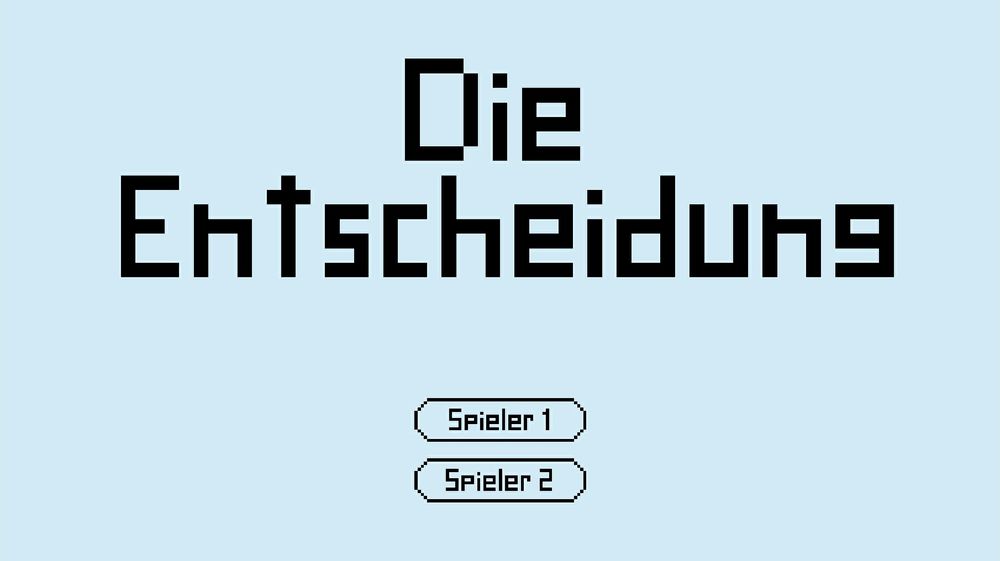 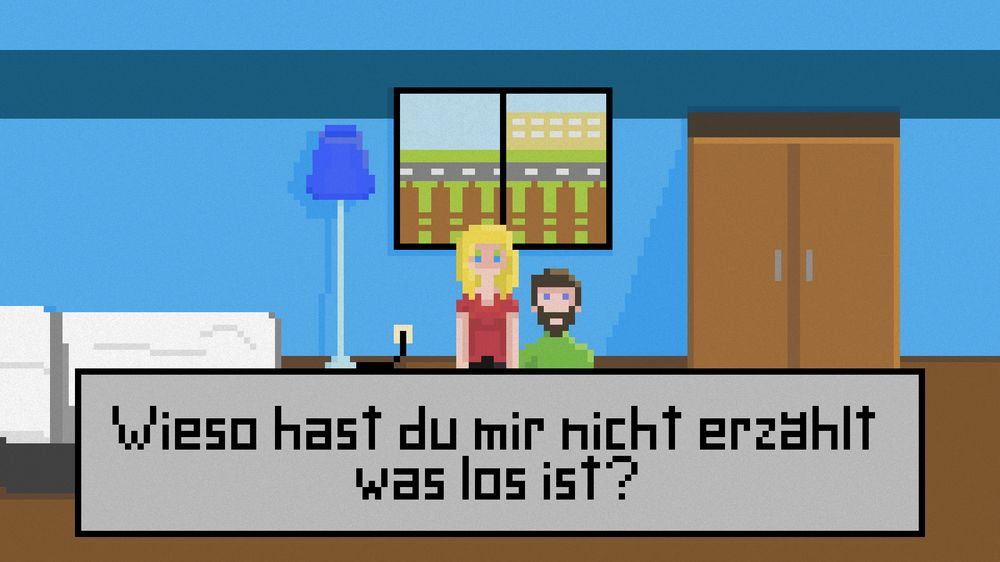 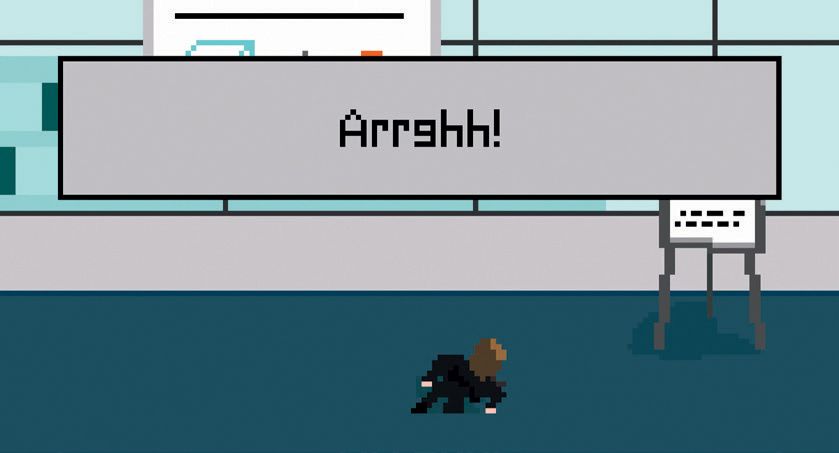 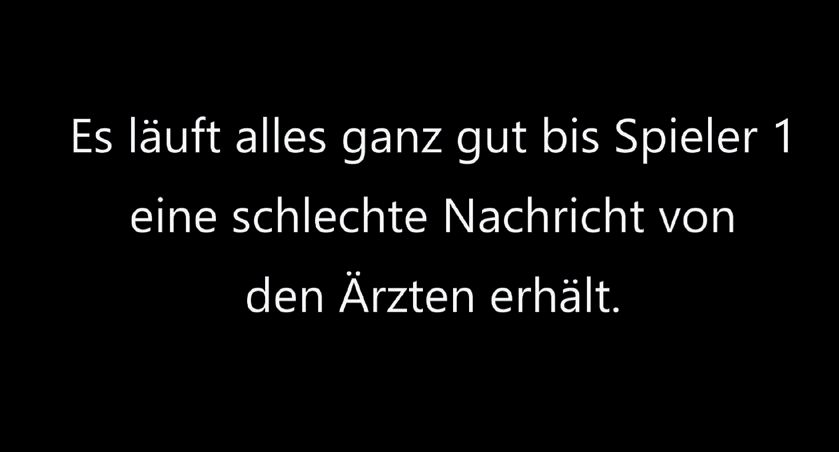 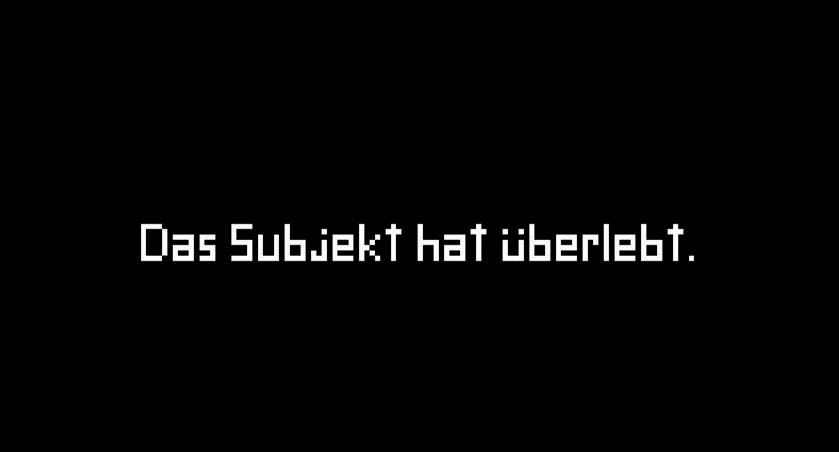 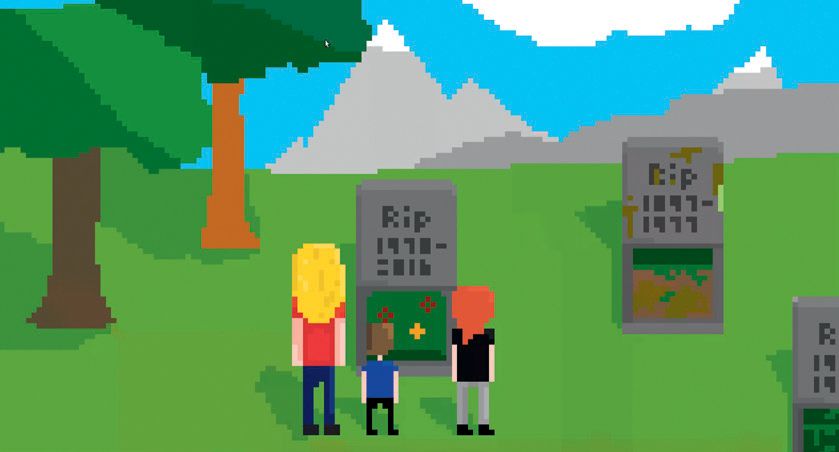 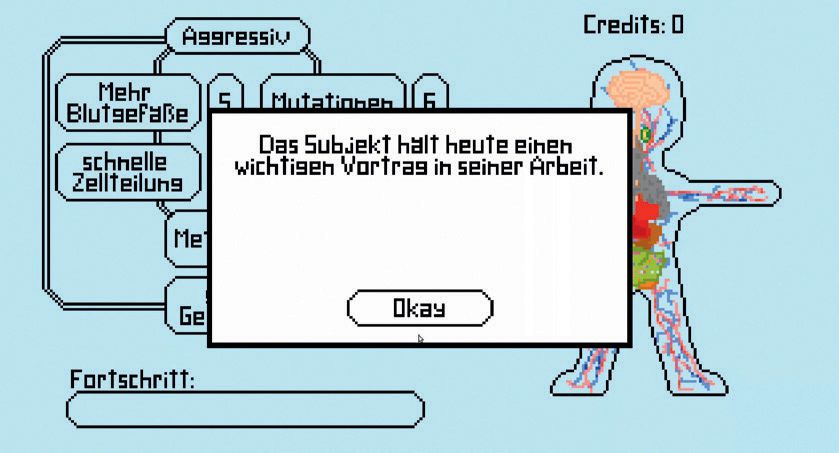 Player 1 acts out the life of a man who’s been diagnosed with cancer. The course of play offers numerous options as to what he can do during the remaining days of his life—for instance, the player can decide to spend time with his family, carry on with everyday life “as usual,” or fulfill his lifelong dreams.

Player 2 simulates the cancer itself in that he can determine the decisive characteristics of the cancer cells. At the outset, he’s assigned the task of killing the Subject (as Player 1 is referred to). But over the course of the game, he receives information about events in the life of the man afflicted with cancer. Thus, he is repeatedly made aware of the fact that, through his actions, he influences the life of a human being. At the game’s climax, he has to decide whether to kill the Subject or not.

The idea behind this game is based in part on the Milgram Experiment in which participants were called upon to carry out ethically dubious assignments. Although they were cognizant of the fact that they were causing a human being to suffer, they obeyed the instructions they received without considering the consequences.

In many computer games, players have to perform tasks without giving any further thought to them. At the end of this game, both players are prompted to reflect upon the decisions they made.

Here you can [download](http://jonasbodingbauer.jimdo.com/projekte/spiele/die-entscheidung "Download the Game "Die Entscheidung"") the game.
Jonas Bodingbauer was born in 1998. Since 2012, he has attended Leonding Technical College, where he’s studying electronics and technical computing. By way of recreation, he likes to work with electronics and do programming, and deploy his skills in projects of his own design. In his spare time, he enjoys making music and doing volunteer work. In 2014 he was honored with an Award of Distinction in the u19 – CREATE YOUR WORLD category for his [Smart Clock](http://archive.aec.at/prix/#49011 "Smart Clock (2014) Prix Ars Electronica Archive") that displays appointments in addition to telling the time. He also takes part in the annual Physics Olympiad and has twice qualified for the nationwide competition.