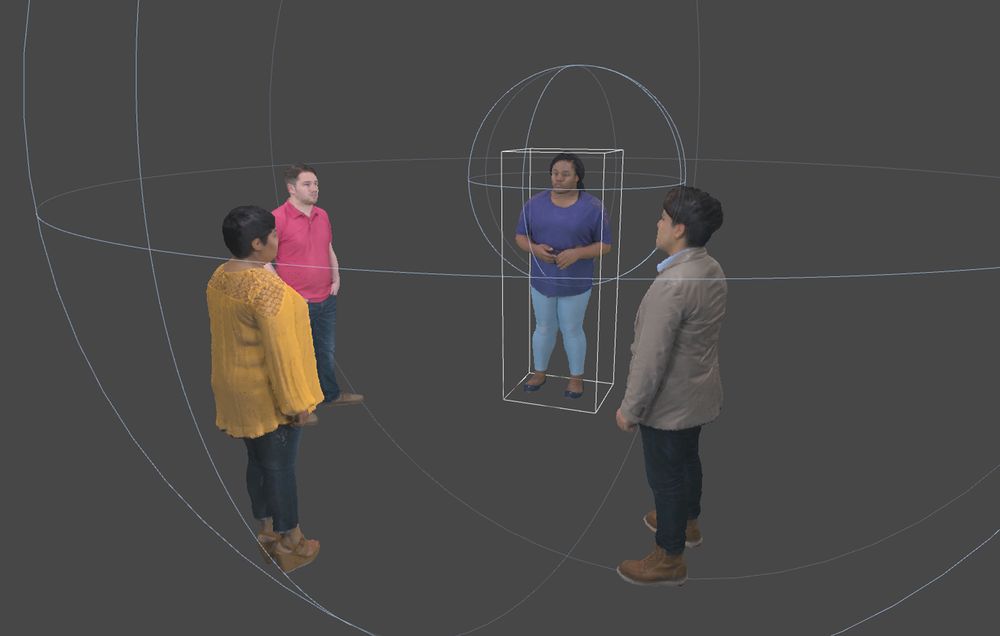 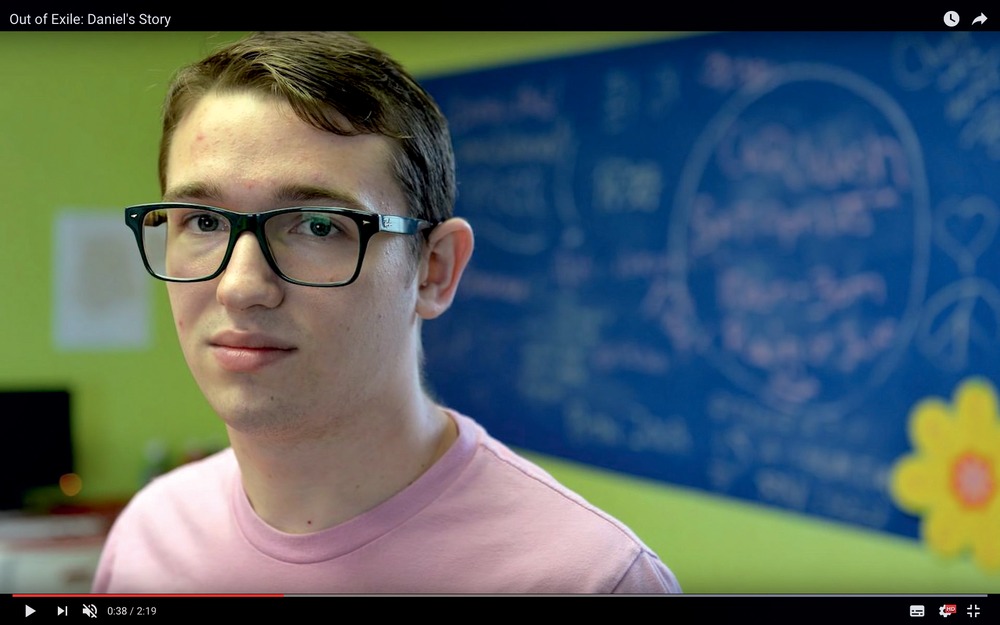 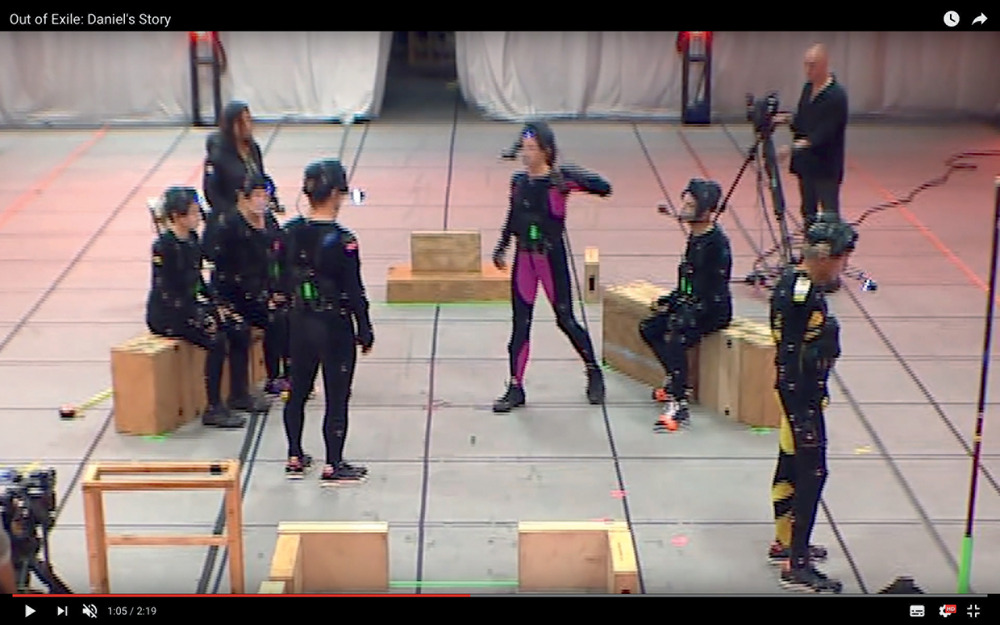 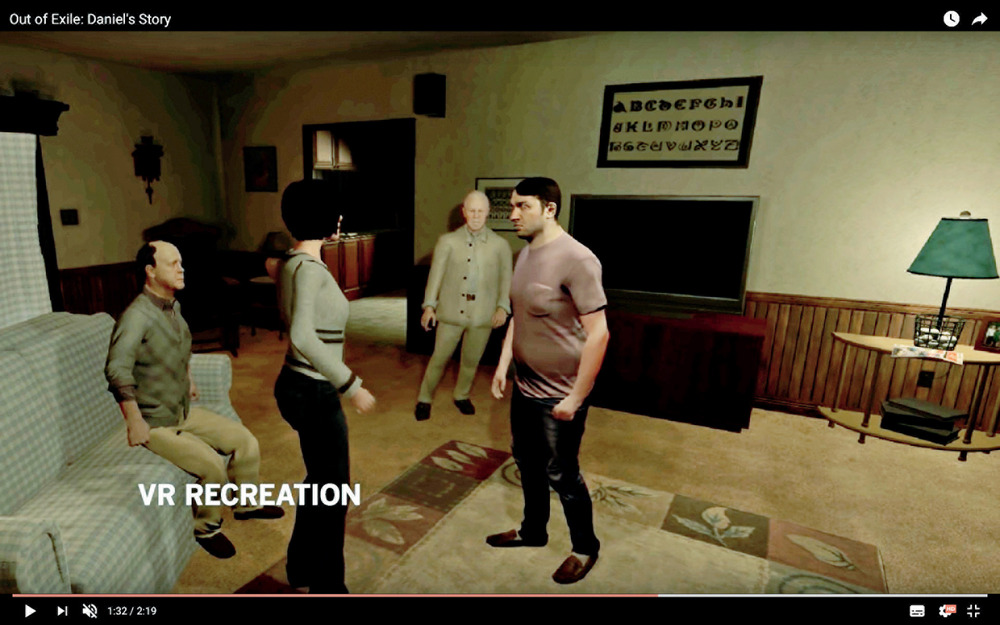 When Daniel Ashley Pierce is confronted about his sexual orientation by his family in a “religious intervention,” the scene turns startlingly dramatic and violent. Using real audio combined with walk around virtual reality that puts the audience inside the story, *Out of Exile* is a powerful parable of the kind of hostility faced by so many in the LGBTQ community. With 40% of homeless youth in America identifying LGBTQ, the piece shines light on this terrible statistic and further reveals that the majority of those facing homelessness come from communities of color. The audio that Daniel recorded was so powerful and is what made the piece compelling for a VR experience. Just listening to the audio puts you at the scene when everything is happening around you.

*Out of Exile* was first commissioned by Tony Award© winner, Sara Ramirez, who is best known as orthopedic surgeon Dr. Callie Torres on ABC’s top rated television drama Grey’s Anatomy. It was created in collaboration with Emblematic Group, True Colors Fund, and Atrevida Productions. The True Colors Fund is working to end homelessness among lesbian, gay, bisexual, and transgender youth, creating a world in which all young people can be their true selves.

A two-part series, *Out of Exile*, places the viewer immediately in Daniel’s living room right before the conflict unfolds. Surrounded by Daniel’s family, the user joins Daniel as a witness to the event. Designed for the HTC Vive, the user is given flexibility to survey their environment.

*Out of Exile* also used the radical new technique of videogrammetry to create holograms of the central character and his peers, which allowed the user to walk around a video hologram of a person. Emblematic Group’s partner, 8i, built a Unity Plug-in tool to bring human holograms into volumetric VR experiences. As we move beyond the flat screen, and increasingly consume content on immersive platforms like VR and AR, volumetric 3D holograms enable us to experience human content and each other in the most realistic way. The format presents the unrivaled quality standard for volumetric capture and holographic video of real humans - including accurate representation of skin, hair, hands, facial movement, and color. Holograms eliminate the uncanny valley effect of CG humans, giving you unprecedented sense of presence like you’re in the same room with the person you’re watching.

The animated characters were brought to life by first placing actors in motion capture suits. These suits recorded actions and movements that were used by animators to create 3D characters.

The source material for this experience was taken from Daniel who secretly recorded the altercation. Following the incident he posted the recording on YouTube, and within two days, the video garnered nearly 850,000 views.

*Out of Exile* is a 13-minute room scale experience that is viewable on the HTC Vive. It accommodates one viewer at a time. Space must be assigned in the installation set-up to allow viewers to walk through and interact with the experience for maximum impact.

Nonny de la Peña (US), founder of Emblematic Group, uses digital reality technologies to tell important stories both fictional and news-based that create intense, empathic engagement on the part of viewers. Called The Godmother of Virtual Reality by Engadget and The Guardian, she was also named by Fast Company “One of the People Who Made the World More Creative."