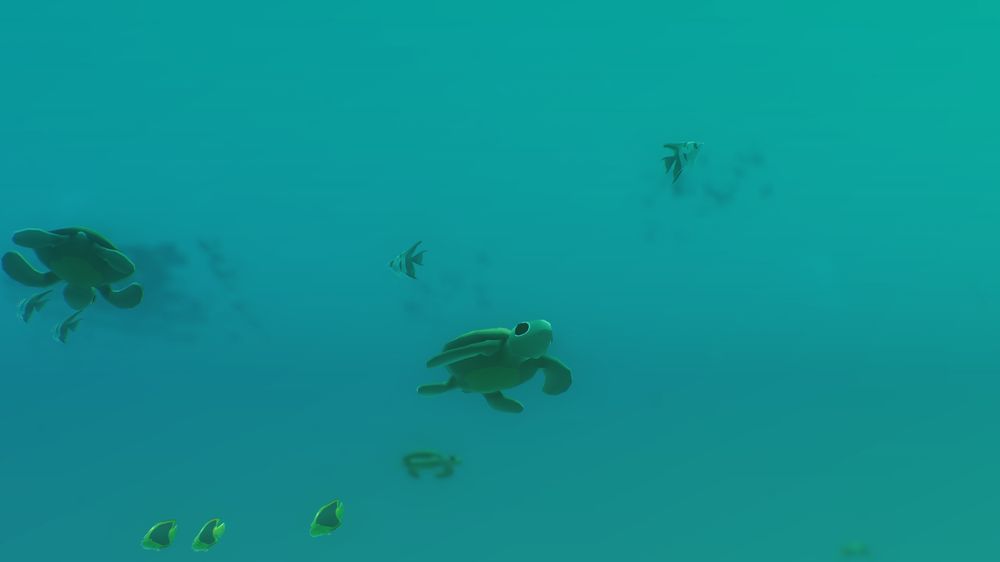 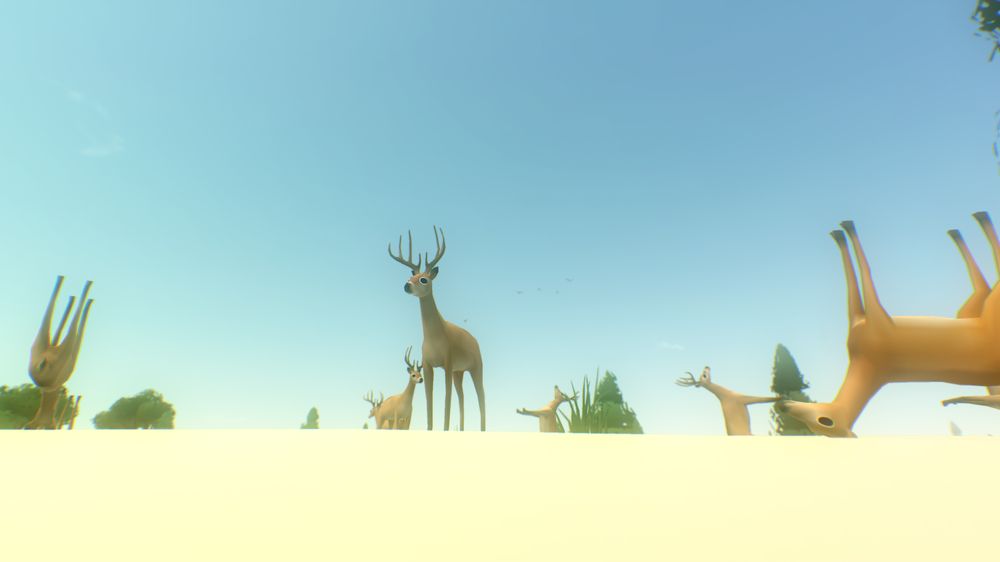 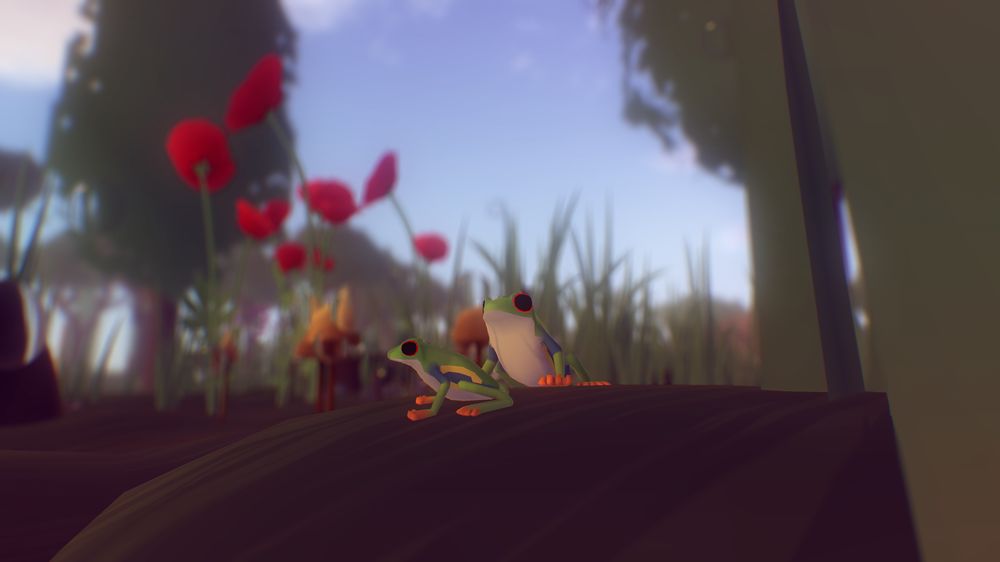 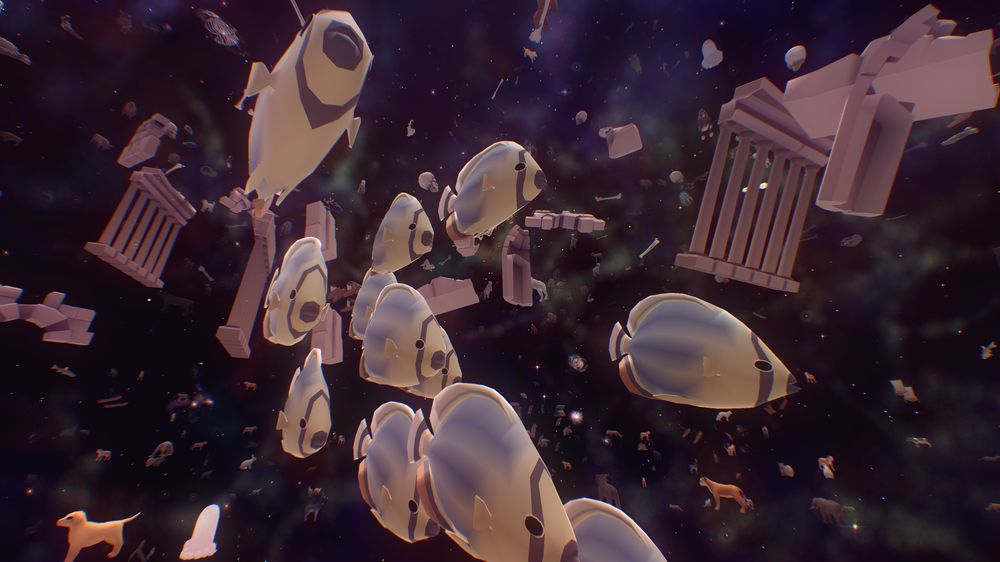 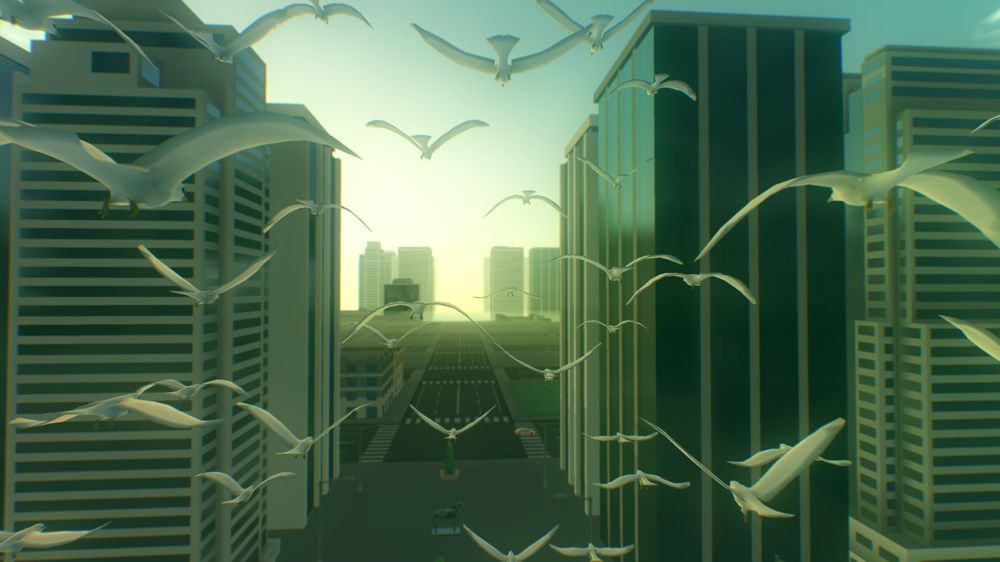 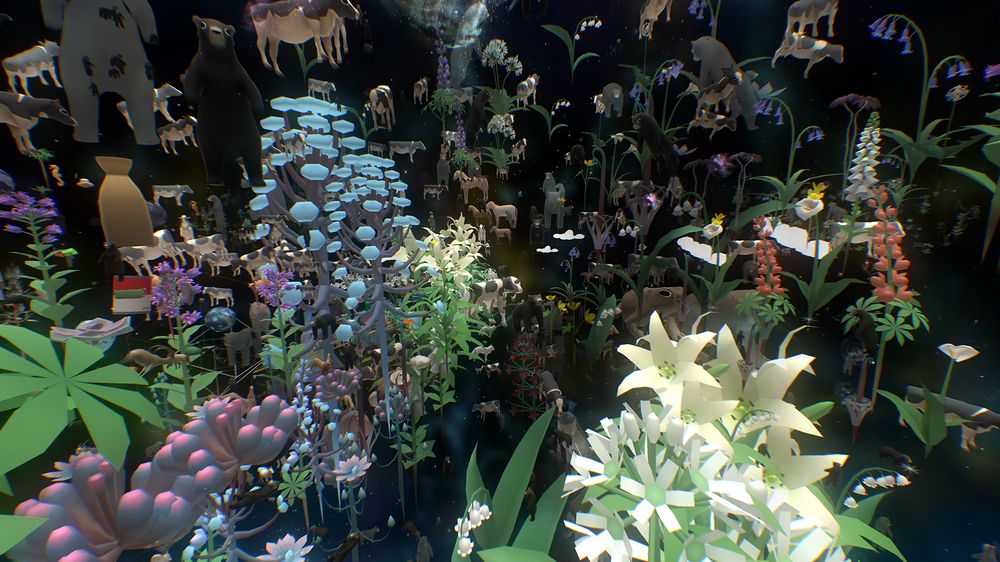 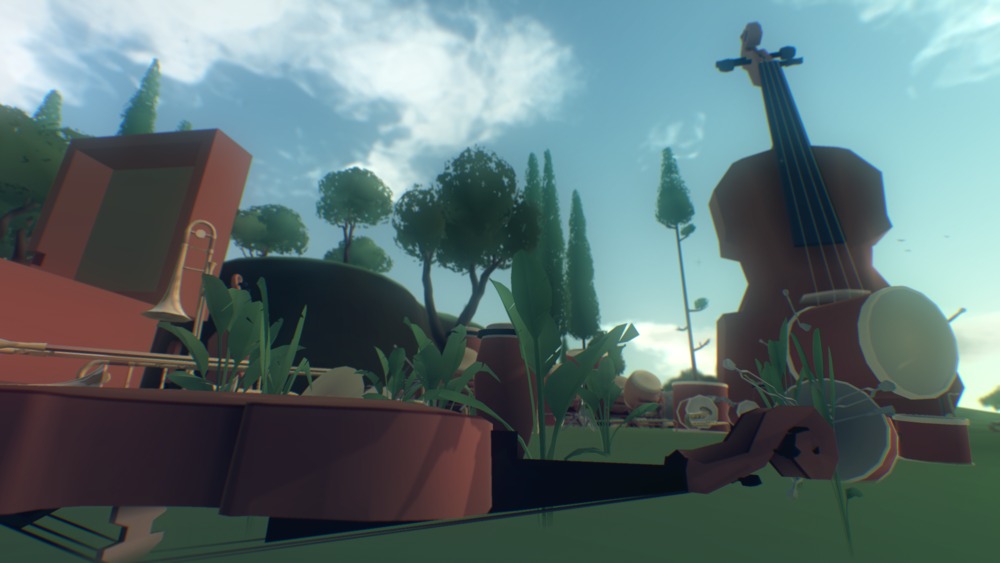 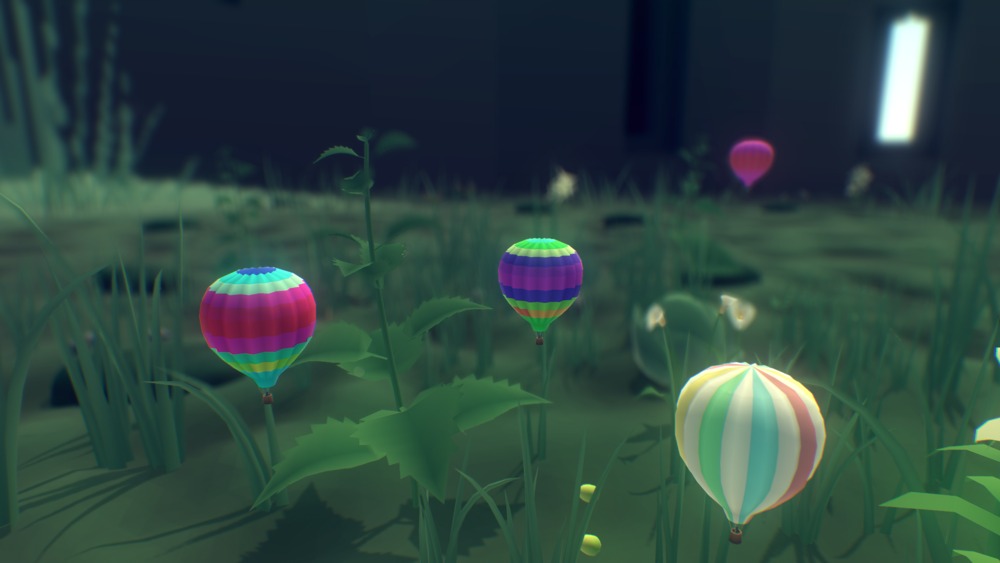 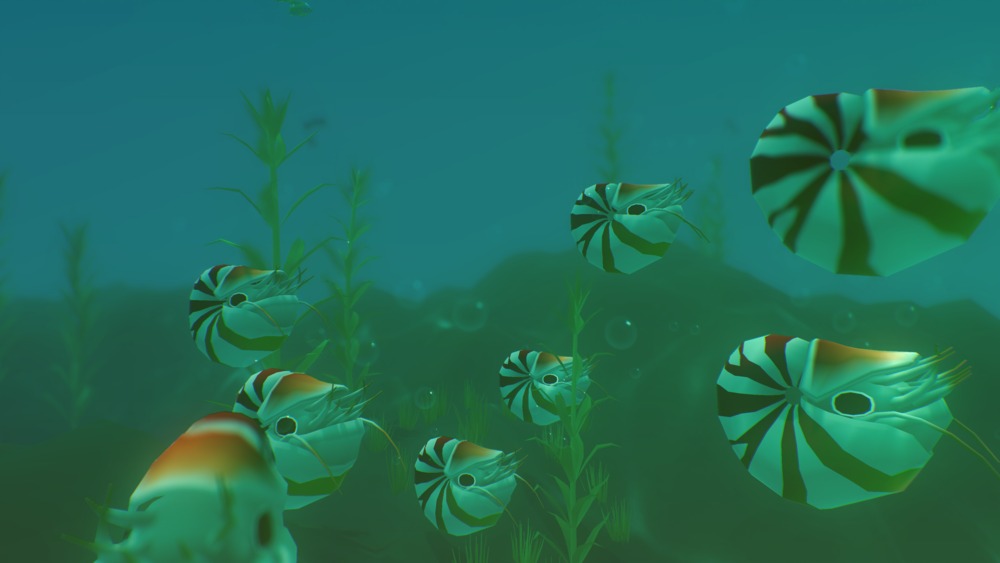 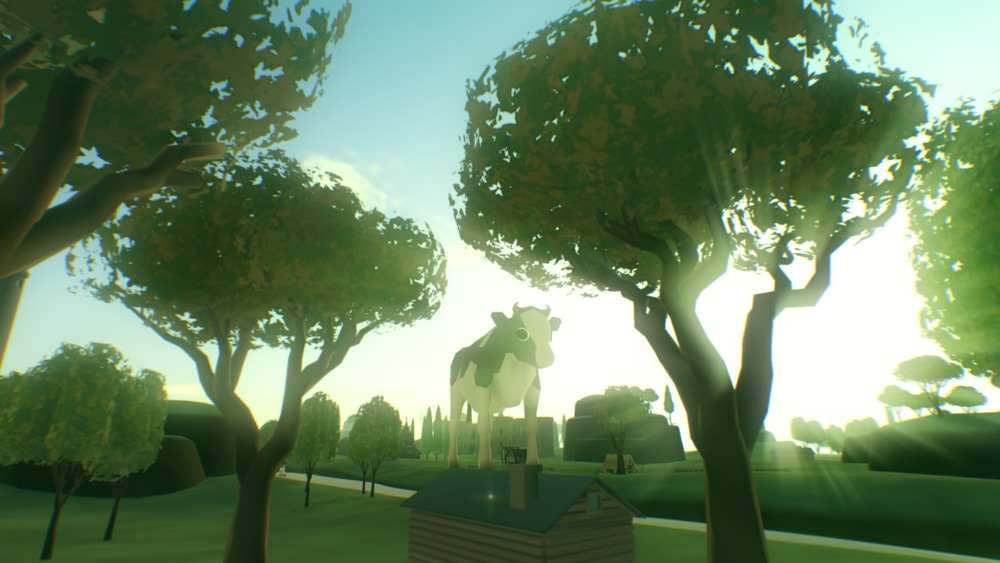 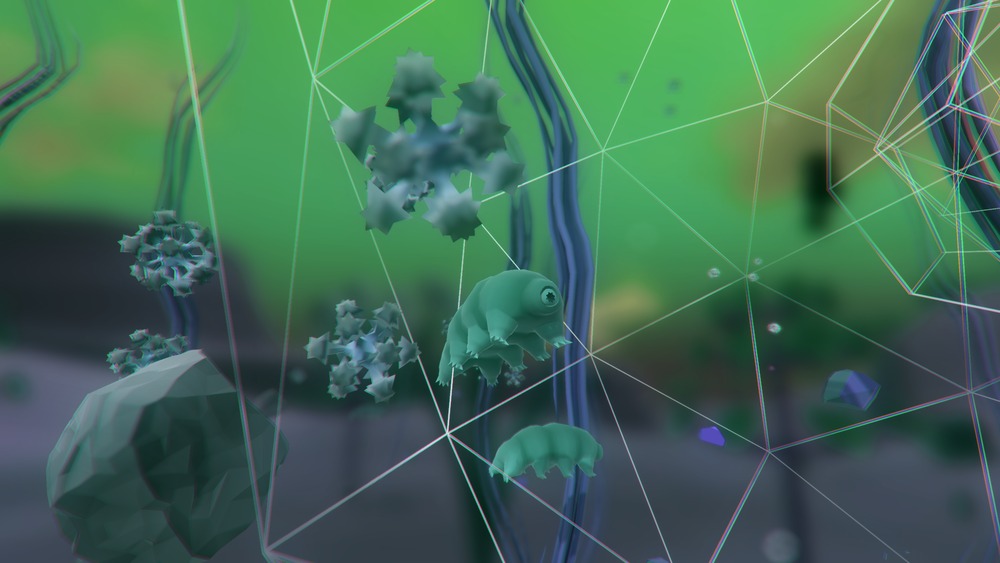 *Everything* is an interactive experience where everything you see is a thing you can be - from animals to planets to galaxies and beyond. The player can travel between outer and inner space, and explore a vast, interconnected universe of things without enforced goals, scores, or tasks to complete. Playing *Everything* involves traveling through the Universe and seeing it from different points of view - it has elements of role playing games, sandbox & simulation. The systems connecting the game are designed to create moments of peace, beauty, sadness, and joy - and allow the player to do whatever they want. There is no right or wrong way to play, and each person's game will be different. Things are the basic unit of *Everything*, and the entirety of the game is designed to be playable. Levels can be characters and vice versa. The game's universe is designed to let you travel freely in any direction, and intuitively find things when and where you'd expect them to be. Continued exploration will lead you to unseen environments, containing new sights, sounds, things, thoughts, and abilities.

*Everything* requires no player input - it will play automatically if left unattended. This “Autoplay” function can be tweaked by the player to produce particular results over time. The game also acts as a kind of 3D, living encyclopedia - where thousands of things are discovered - and each has an associated data entry. The player/user will discover hundreds of existing species and objects in a play-through. The persistent universe featured in*Everything* can be both explored and used as a creative canvas. The game is fundamentally changed by player input, meaning you can create and design levels when you're inside them. Each part of the world allows complete freedom to create your own images, worlds, scenes, and experiences using things instead of pixels or polygons.

*Everything* presents a philosophy about life which takes several forms - in its mechanics, narration, content, structure, and design. *Everything’s* philosophy is designed to be experienced in all of its parts rather than read linearly, it is created to reflect life and not impose a singular framework on it, and above all to be playful, entertaining, and helpful. The philosophy of *Everything* is not easy to categorize as it does not satisfy any existing school or canon. It is not based on any one source and is not advocating any particular way of thinking. It is both serious and funny, silly and sincere, rational and absurd. It intentionally contradicts itself and criticizes itself for it.

*Everything* contains narration in the form of recordings of the late philosopher Alan Watts. These recordings are an optional part of the experience and offer a verbal framework for interpreting the game and life itself. There are hours of material - dealing with subjects such as perception, how our brains interpret the world, the structure of the universe, physics, biology, ideas of self vs. other, and more. Many written thoughts in the game are taken from continental philosophers, such as Schopenhauer or the Roman stoics, Marcus Aurelius and Seneca. There are hundreds of these thoughts embedded into the game, rewritten and edited for length, and integrated into the game's thought system. Everything seeks to revive these ideas, liberate them from their texts, and bring them to a new audience.

*Everything* features a beautiful score by composer Ben Lukas Boysen and world-class cellist Sebastian Plano. Over 3 hours of original music were composed - with each track corresponding to a particular kind of ecosystem observed at a particular scale. *Everything* was produced and self-funded by David OReilly, who is Irish and currently based in Los Angeles. The entirety of the game’s production was distributed worldwide, with contributors based in Texas, New York, Brighton, and Berlin.

David OReilly (IE), born in 1985, is a filmmaker and artist working in the fields of animation and interactive experiences. Creator of the influential short films *Please Say Something* and *The External World*, his animation work has won numerous awards and been the subject of several international retrospectives. He has lectured at Pixar, Harvard, Yale, USC, and CalArts and at many other conferences and festivals around the world. He has written for *Adventure Time* and *South Park*, and created fictional video games in Spike Jonze’s Academy Award winning film *Her*.