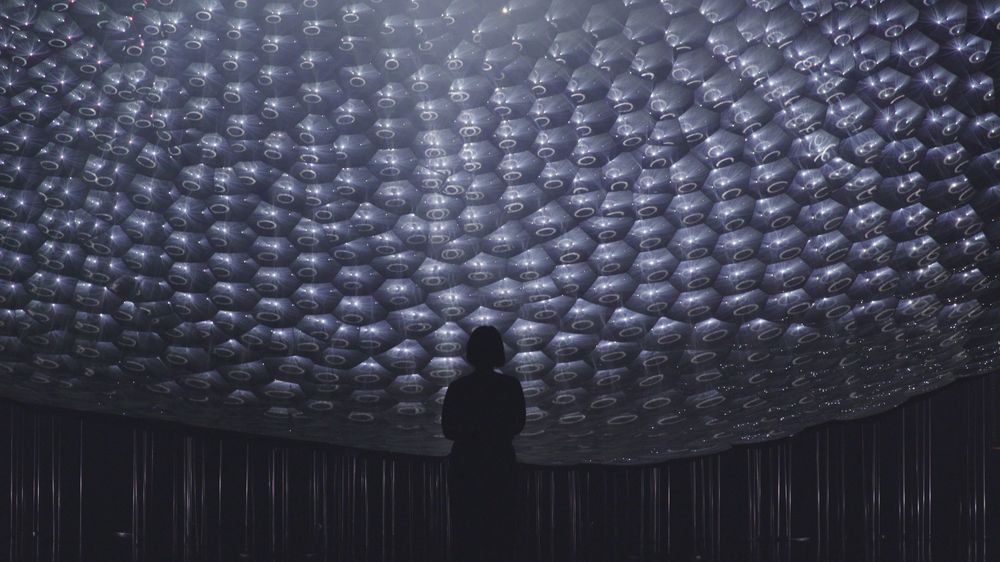 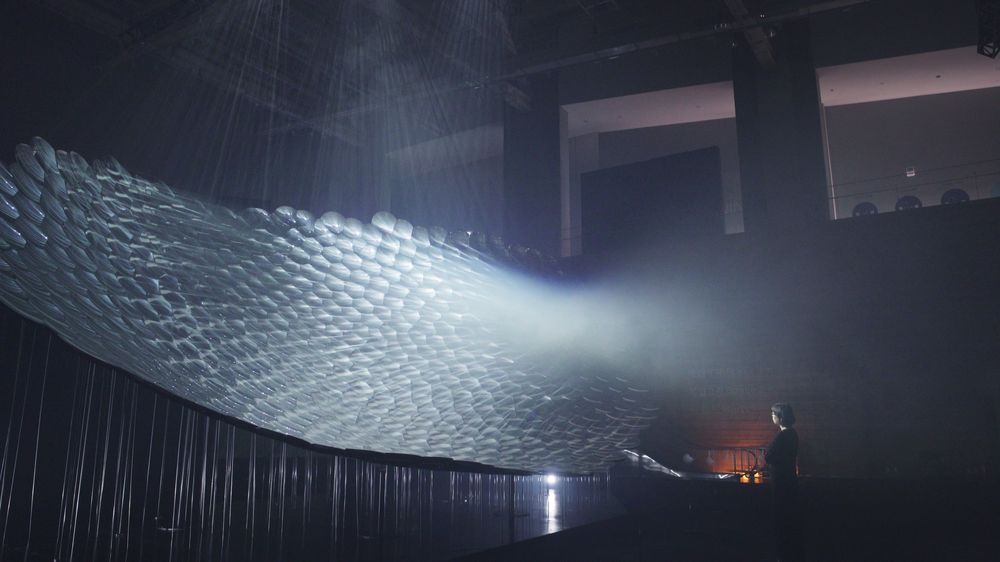 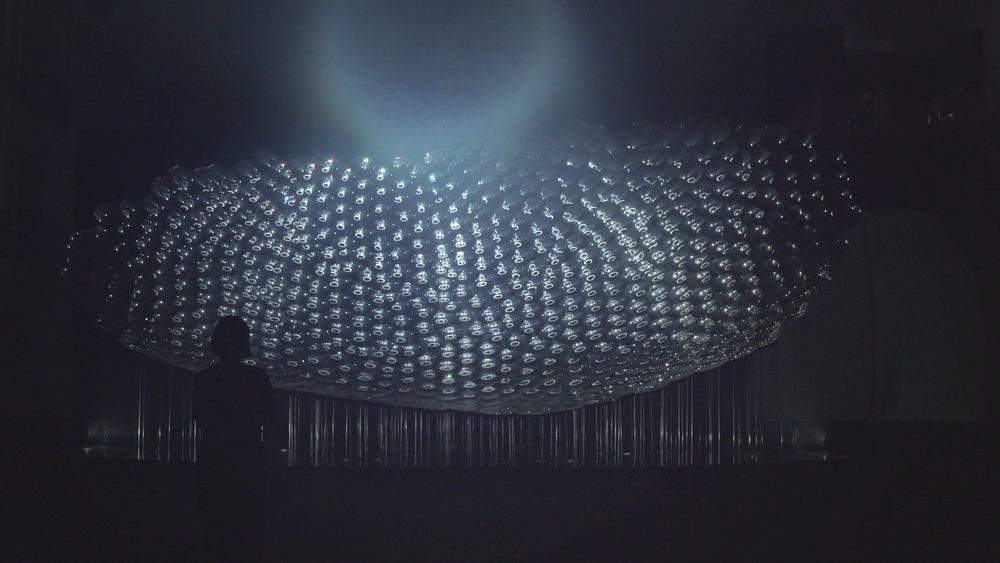 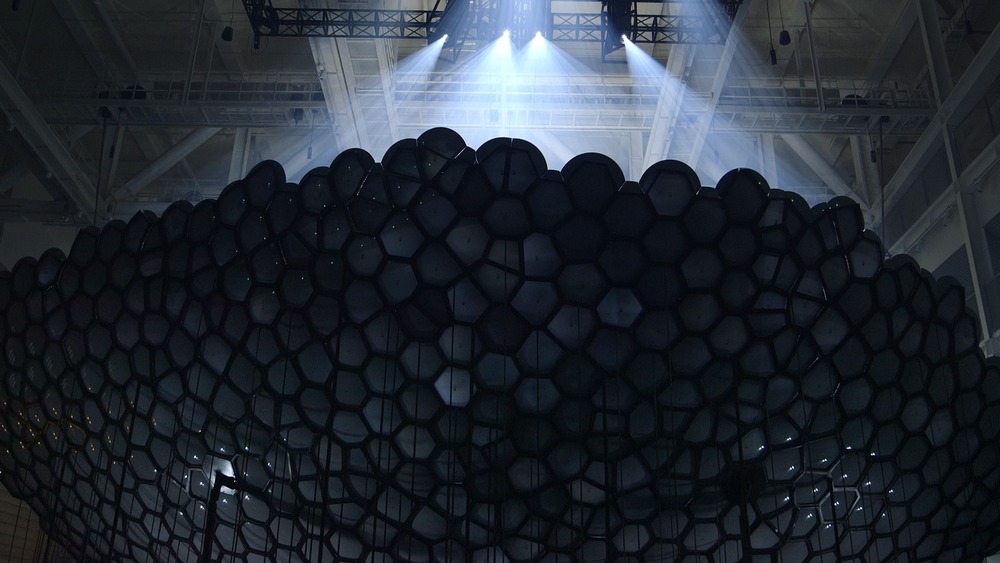 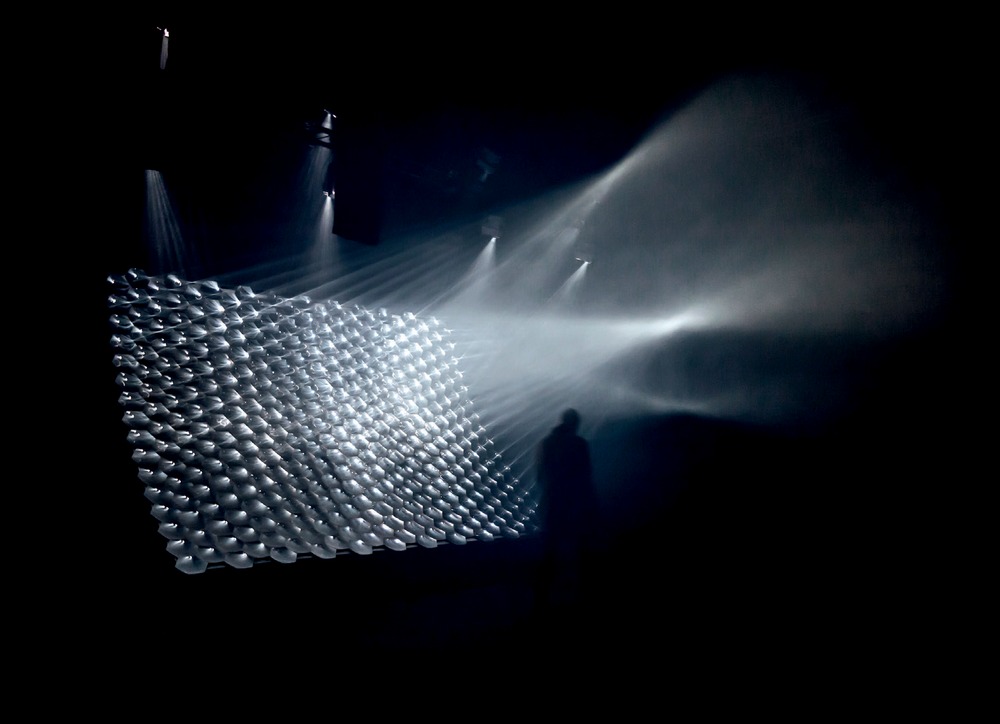 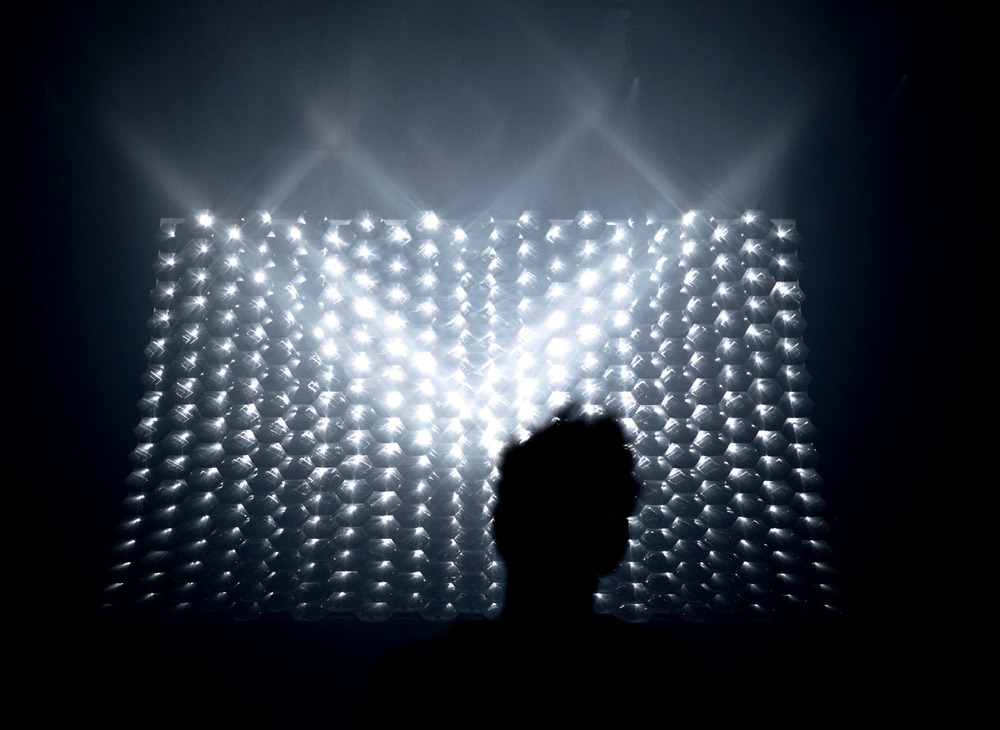 Original: CA_171158_226533_AEC_PRX_2017_lightbarrier_K2_2389827.tif | 1660 * 1211px | 5.8 MB | Photos by Hanneke Wetzer (C) 2015
The Light Barrier series by studio Kimchi and Chips creates volumetric drawings in the air using hundreds of calibrated video projections. These light projections merge in a field of fog to create graphic objects that animate through physical space as they do in time.

The installations present a semi-material mode of existence, materializing objects from light. The third edition continues to exploit the confusion and non-conformities at the boundary between materials and non-materials, reality and illusion, and existence and absence. The viewer is presented with a surreal vision that advances the human instinct of duration and space. The name refers to the light barrier in relativistic physics, which separates things that are material from things that are light, and since 1983 has been used to specify the exact meaning of the metric system of spatial measure.

The 6-minute sequence employs the motif of the circle to travel through themes of birth, death, and rebirth, helping shift the audience into the new mode of existence. The artists use the circle often in their works to evoke the fundamentals of materials and the external connection between life and death.

The artists are interested in how impressionist painters were inspired by the introduction of photography to create 'viewer-less images'. The installation allows images to arise from the canvas, creating painting outside of perspective. It is a direct approach to the artists’ theme of ‘drawing in the air’.

In this third edition, 8 architectural video projectors are split into 630 sub-projectors using an apparatus of concave mirrors designed by artificial nature. Each mirror and its backing structure are computationally generated to create a group that collaborates to form the single image in the air. By measuring the path of each of the 16,000,000 pixel beams individually, light beams can be calibrated to merge in the haze to draw in the air. 40 channels of audio are then used to build a field of sound that solidifies the projected phenomena in the audience's senses.
The third edition of Light Barrier was commissioned by the Asia Culture Center in Gwangju. The technology is enabled by Rulr, an open source graphical toolkit for calibrating spatial devices, created by Kimchi and Chips.

Artist: Kimchi and Chips (Mimi Son and Elliot Woods)
Engineering: Chung Youngjae, Studio Sungshin
Sound Design: Pi Junghun
In collaboration with Arts & Creative Technology Center: https://www.acc.go.kr/ac_c/Creation/intro
Commissioned by Asia Culture Center: https://www.acc.go.kr/index.jsp
Mimi Son (KR) was born and works in Seoul. In her childhood she was fascinated by her father’s painting and music that led her into experimenting with materials and drawing. An obsession with geometry and Buddhist philosophy inspires her to articulate space and time from alternative perspectives. These continuous experiments aim to depict an intersection of material and immaterial, real and virtual, presence and absence.

Elliot Woods (UK) is a digital media artist from Manchester. He tests possible futures between humans and visual design technologies (e.g. cameras, projectors, computation). Towards this goal, Elliot co-founded Kimchi and Chips, an experimental art studio based in Seoul with Mimi Son. He applies his academic studies in physics to produce sense-able phenomena from abstract systems.