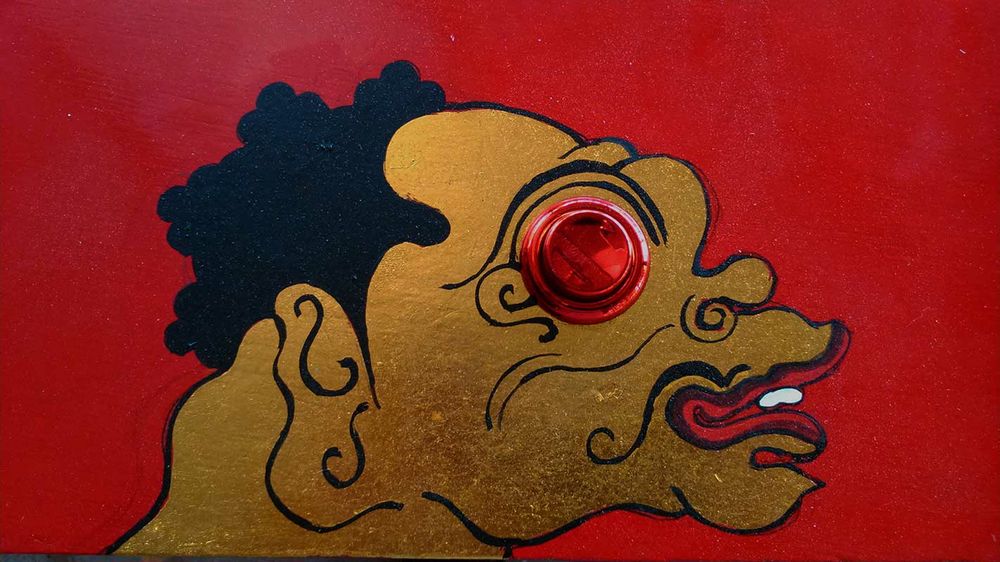 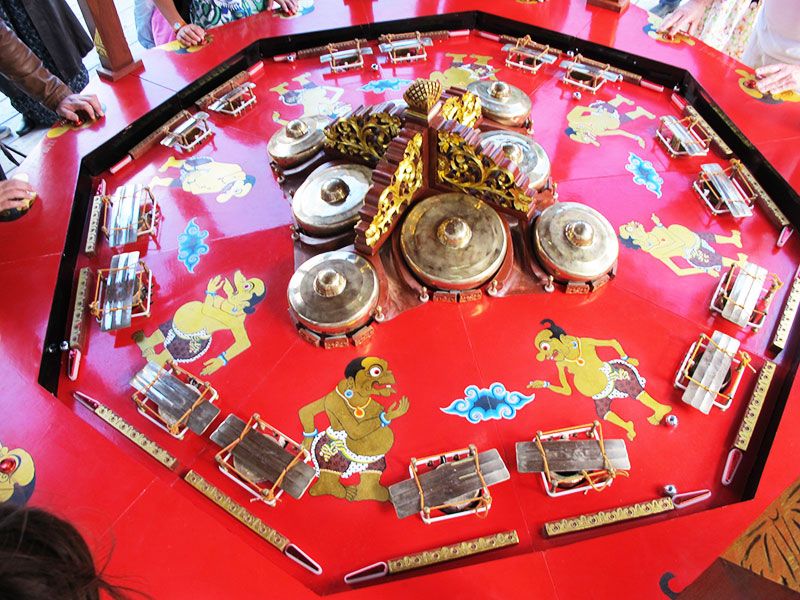 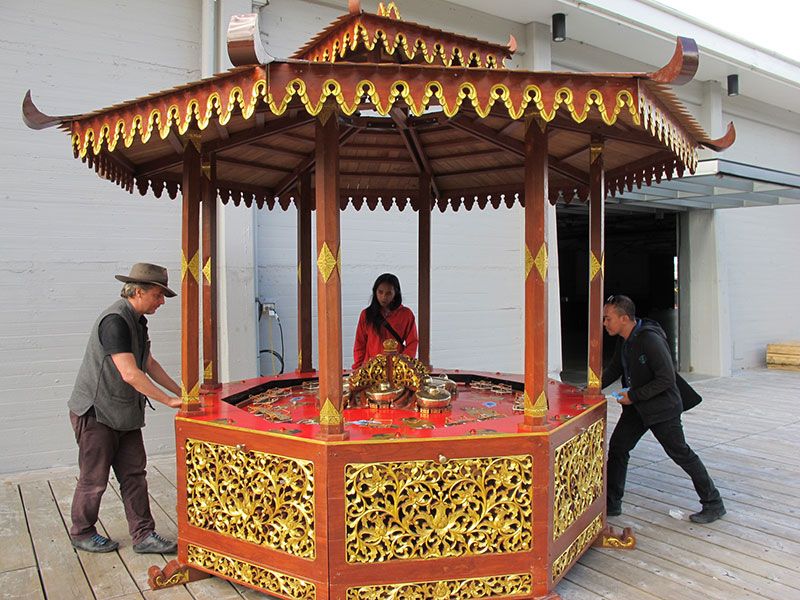 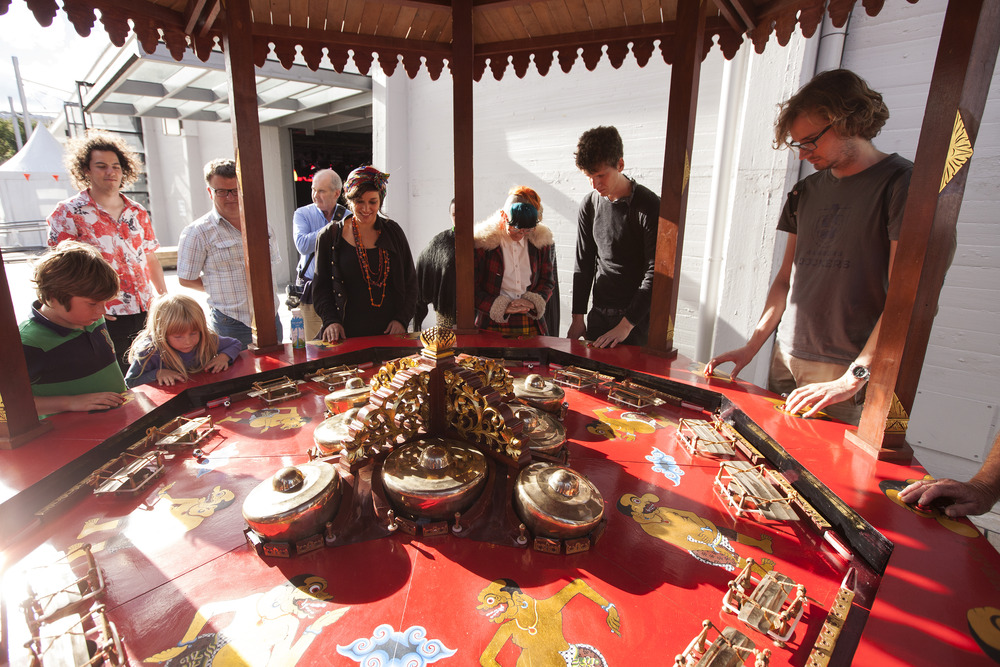 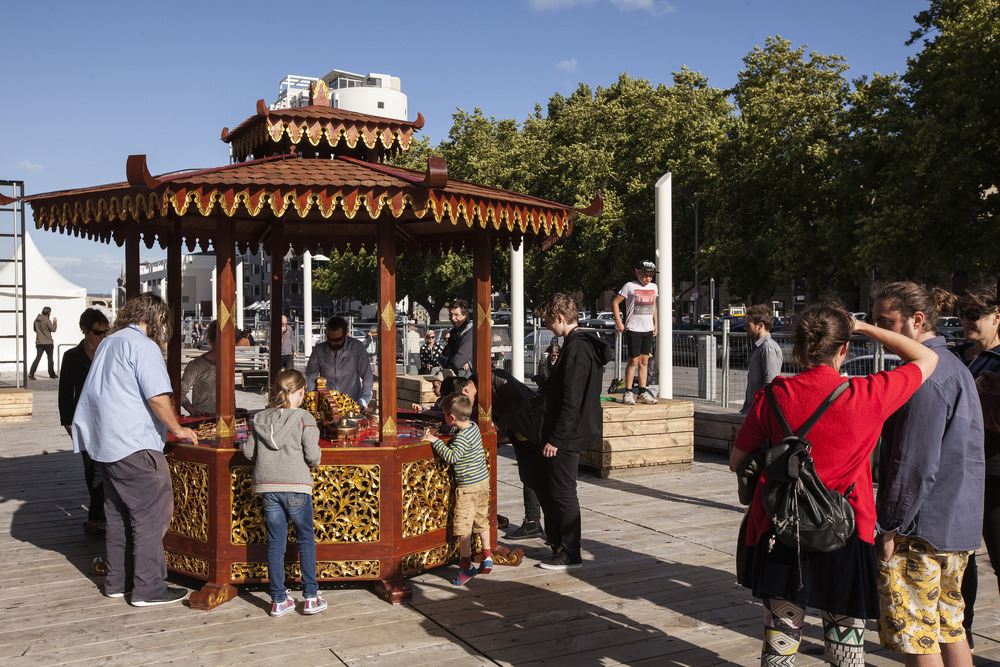 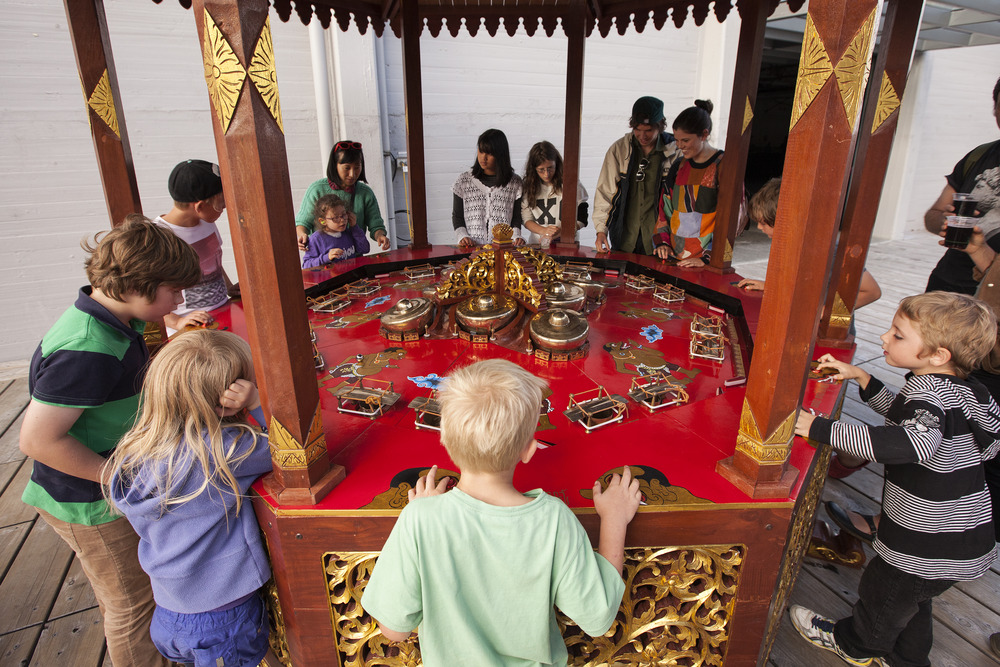 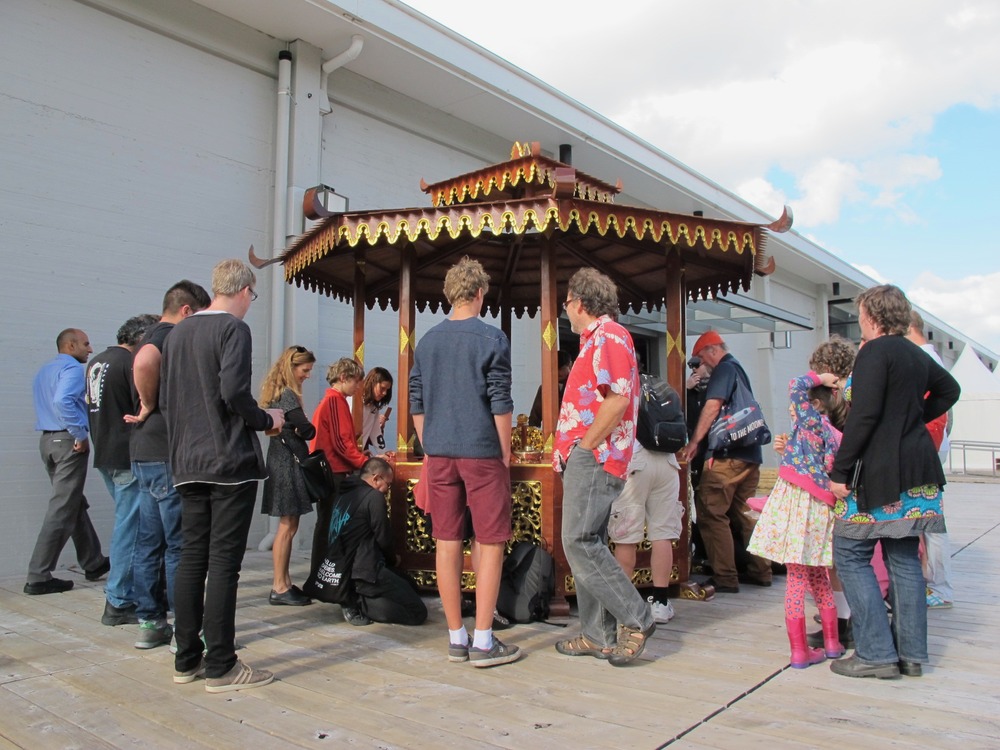 Original: DM_170013_226546_AEC_PRX_2017_GamelanWizard_07_2400809.tiff | 1600 * 1200px | 5.5 MB
Resembling an ancient proto-pinball machine crafted eons ago and found centuries later in a Javanese burial chamber, *Gamelan Wizard* is an eight player pinball game housed in an intricately carved octagon pendopo that incorporates Gamelan instrumentation into its playfield so that as you play it plays. Unlike Lucas Abela’s previous musical instrument/pinball hybrids, this new machine is totally acoustic, taking advantage of the naturally loud Gamelan instrumentation resonating within the body of the game. To create *GamelanWizard* Abela teamed up with two of Yogyakarta's most celebrated musicians, Wukir Suryadi and Rully Shabara, in addition to working with famed Gamelan master Wibowo who, along with his skilled craftspeople, handcrafted the cabinet and forged the Gamelan. By pitting together our two disparate icons, Pinball and Gamelan, we created a unique participatory installation that meshes together our respective cultural identities.

Tactically Abela uses the pinball experience to lure people to play what are in fact instruments disguised as pinball machines. Essentially this is the fundamental motivation behind the work, to create experiential situations that inadvertently place audiences in a performing role. When idle, the machines are typically quiet or droning depending on the effects settings at any given time. Only when the audience engages do the machines come alive aurally, designed for hands-on, up close and personal experiences. By appropriating pinball for these participatory installations, Abela has managed to tap into an affinity people have with these much-loved amusements. Once at the controls, audiences seem to possess an innate understanding of the language of the game, the tactile format containing a certain level of intuitiveness that provides audiences with a palpability that sparks instant immediacy.

Wukir Suryadi and Rully Shabara (ID) together form Yogyakarta’s Senyawa, a unique band that embodies the aural elements of traditional Indonesian music whilst exploring the framework of experimental music practice, pushing the boundaries of both traditions. Their music strikes a perfect balance between their avant-garde influences and cultural heritage to create truly contemporary Indonesian new music. Their sound is comprised of Shabara’s deft extended vocal techniques punctuating the frenetic sounds of instrument builder Suryadi’s modern-primitive instrumentation.