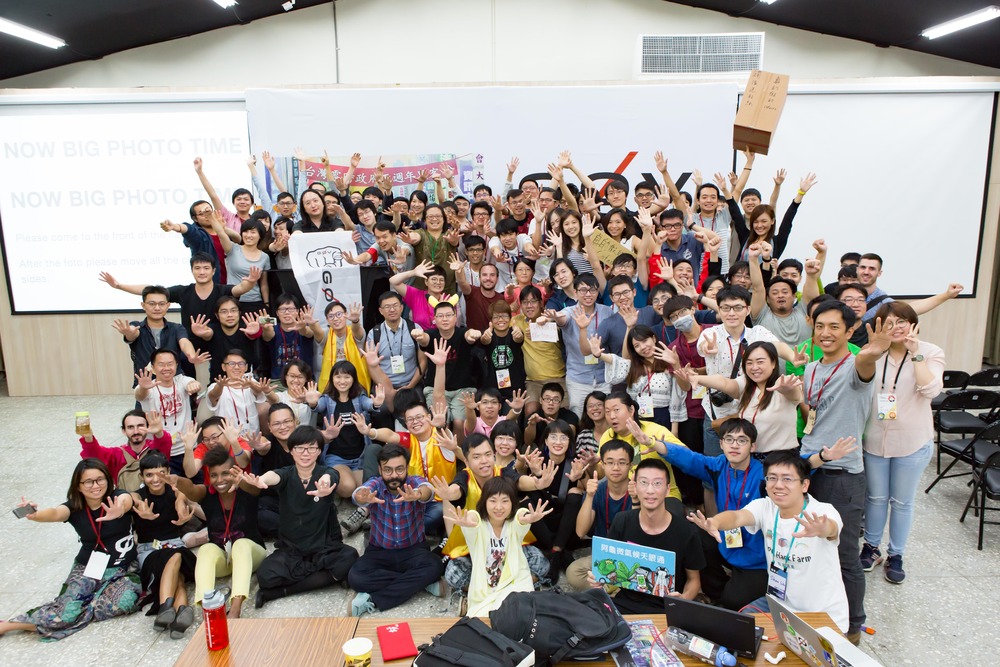 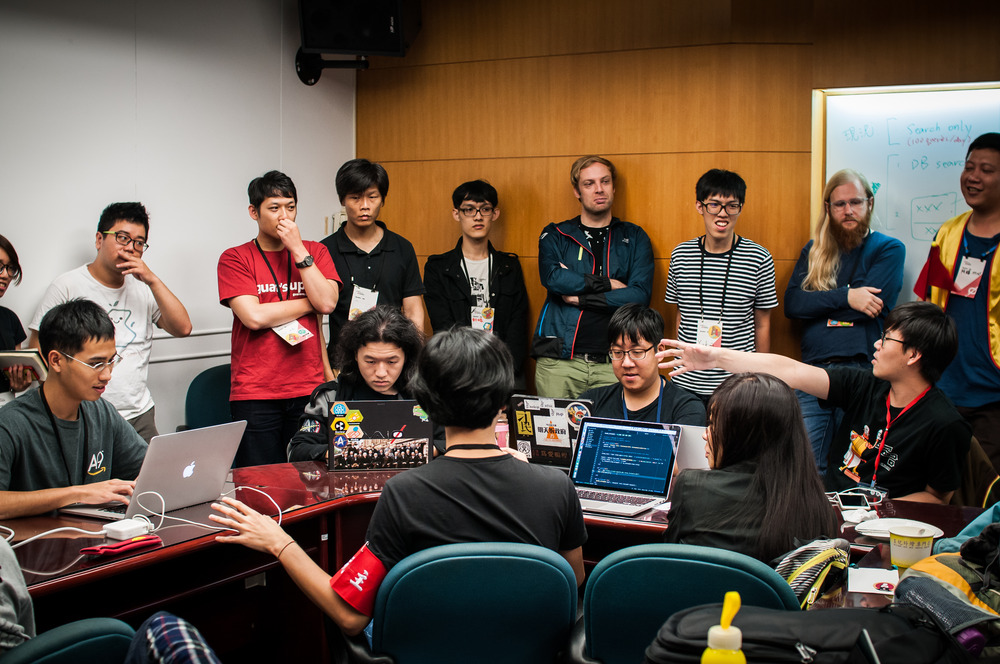 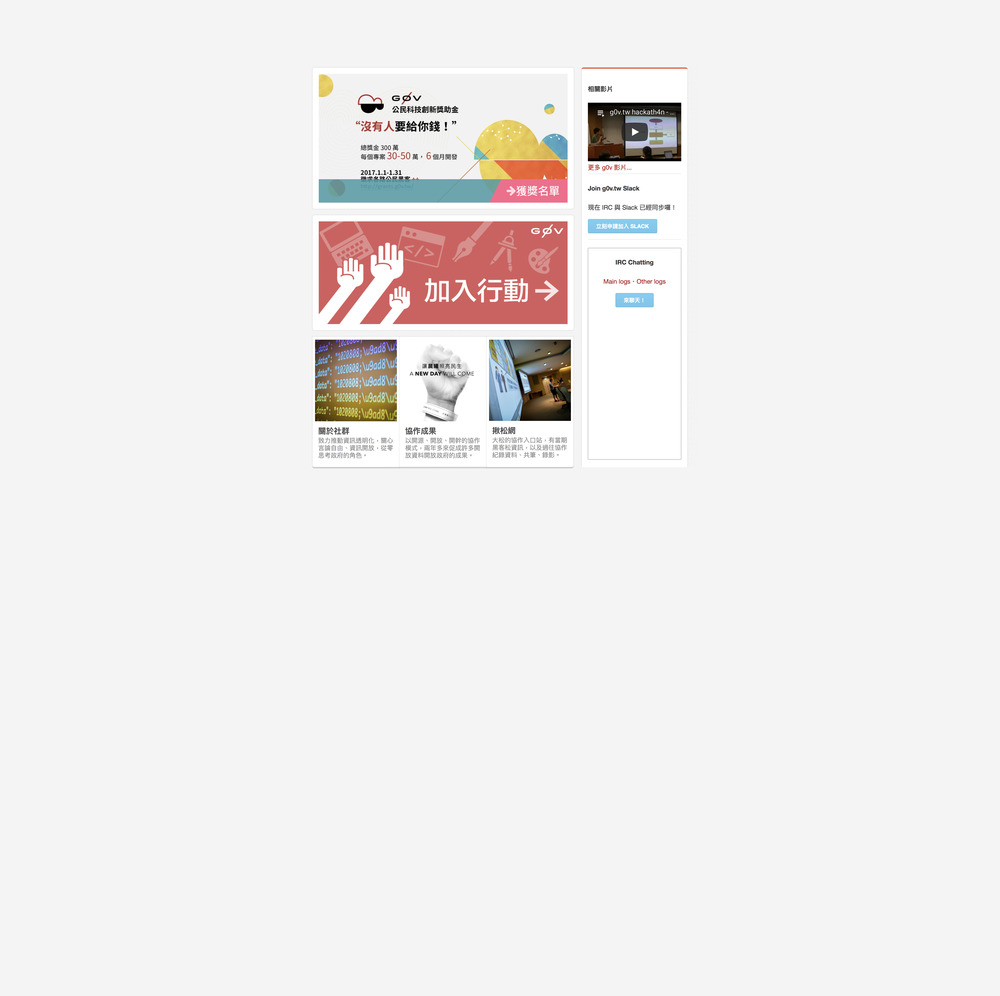 Original: DC_180119_237520_AEC_PRX_2018_g0vtw_2567492.jpg | 5120 * 5102px | 2.8 MB
*g0v* (pronounced “gov zero”) is a polycentric civic tech community based in Taiwan. Established on the spirit of free speech, open source, and grassroots activism, *g0v* uses technology in the interest of the public good, eliminating information asymmetry while always facilitating independent thinking and collaboration. *g0v* is about trust in the power of the People. Substituting the “o” in “government” with “0”, *g0v* reimagines politics with the worldview of the digital natives and builds new mechanisms for all to govern together.

Out of discontent with the disconnect between a bureaucratic government and the People, *g0v* was born in Taiwan in 2012. Since then, a sense of openness has gathered people from all walks of life, generating ideas that are poetic, progressive, useful, and radical. Engineers and designers, coders and artists, activists and professors, students and teachers, *g0v* is an open platform and its hackathons are safe spaces for ideas and values to be shared and debated, for old relations to be renewed and new connections to be made.

The name “g0v” entered the public consciousness during the “318” occupy movement (a.k.a. Sunflower Movement) in 2014. *g0v* contributors brought with them hardware like power cables and WiFi stations, as well as software like Hackpad and Hackfoldr to keep everyone connected, so that speech transcript, research material, or disaster relief information can be co-created, gathered, and shared. As public demand for openness and transparency from the government grows, *g0v* grows with it. Projects like “Taiwan Environmental Dashboard” raise awareness about air quality, “Amis Moe Dict” fights to revitalize one of Taiwan’s most used native language, and “Open Political Contribution” and “Voting Guide” inform people before they vote. Because of the work done by *g0v* contributors, more people have become active citizens, making open government and civic participation fundamental values of progressivism in Taiwanese politics.
We are “nobody”. We were born at the first utterance of the words “Ask not why nobody is doing it. You are nobody”. That’s g0v’s motto. We are g0v and g0v are us. We came into this world in 2012, when the founders joined together to have a rough consensus on our shared values of free speech, open source, and an everlasting pursuit for the public good. We are now everywhere and connected, in companies, governments, and local communities. We are doers. We have hosted 31 bi-monthly hackathons and co-created many impactful projects. We are open by default. We have built a civic tech news platform and made many international exchanges. We are about to host our third biennial summit to continue reaching out to the world, and reaching in to reexamine our values and strengthen our bonds. We are “nobody”. We are you. We will never stop collaborating, developing new tools, exploring new models of organization, experimenting on new forms of media, and creating new, meaningful relations.