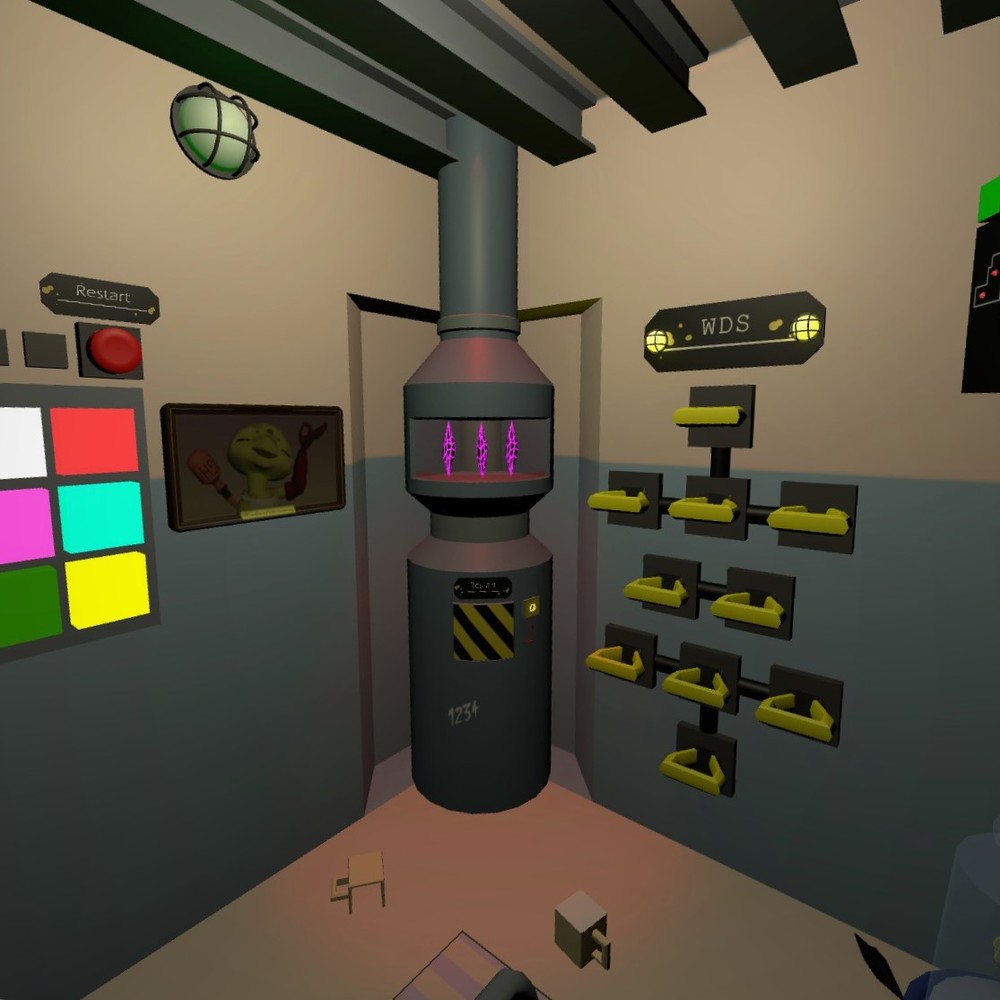 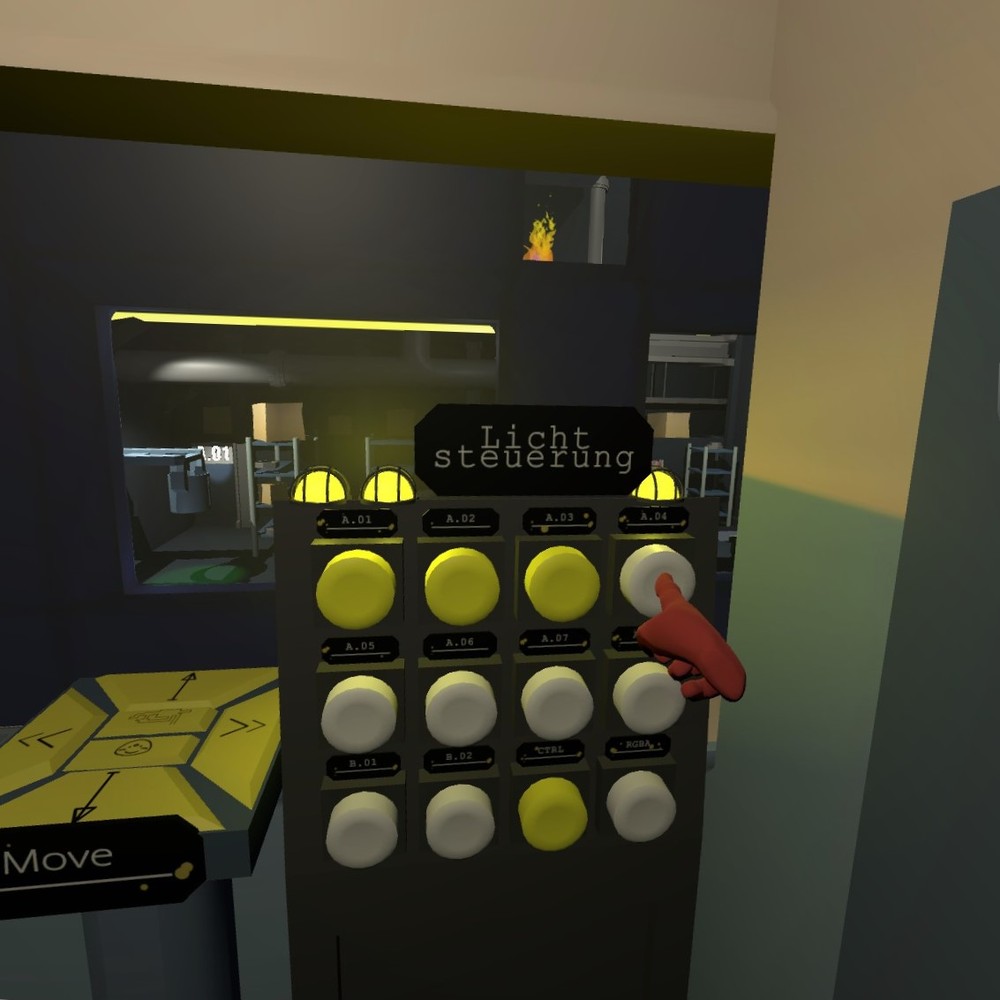 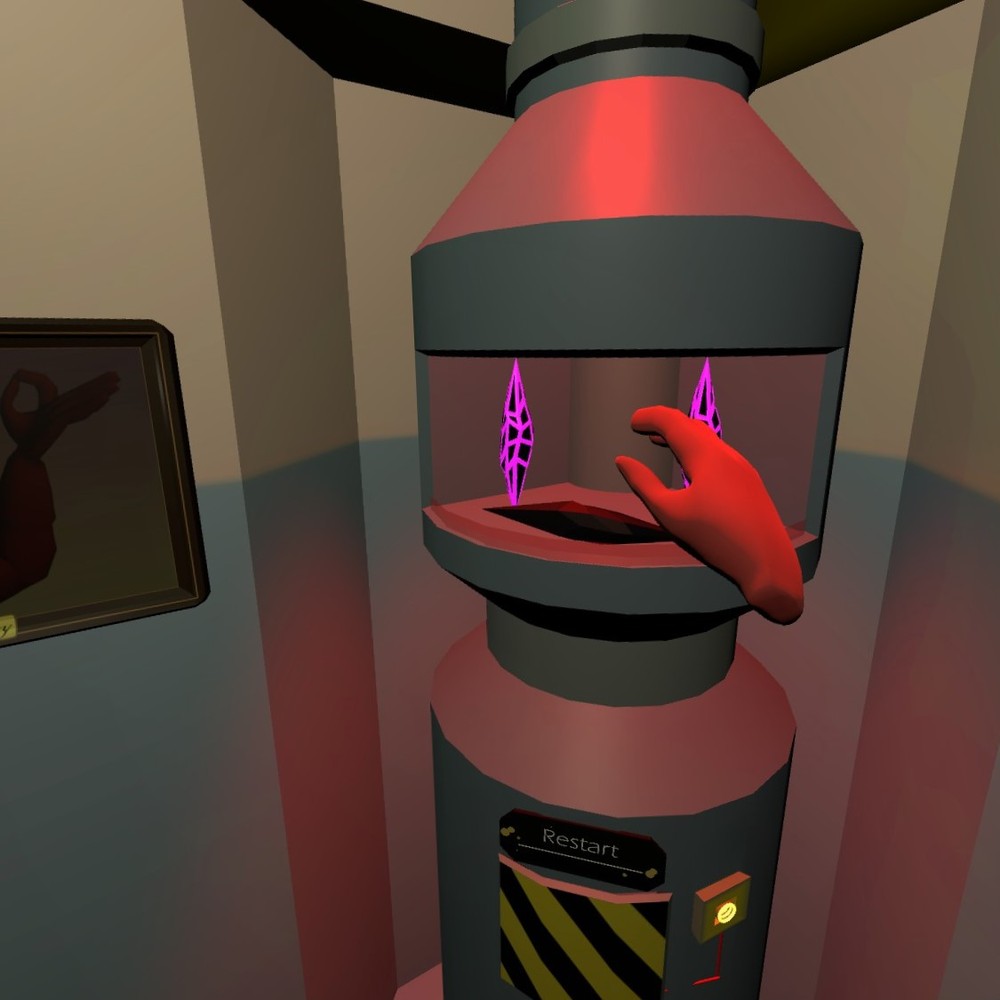 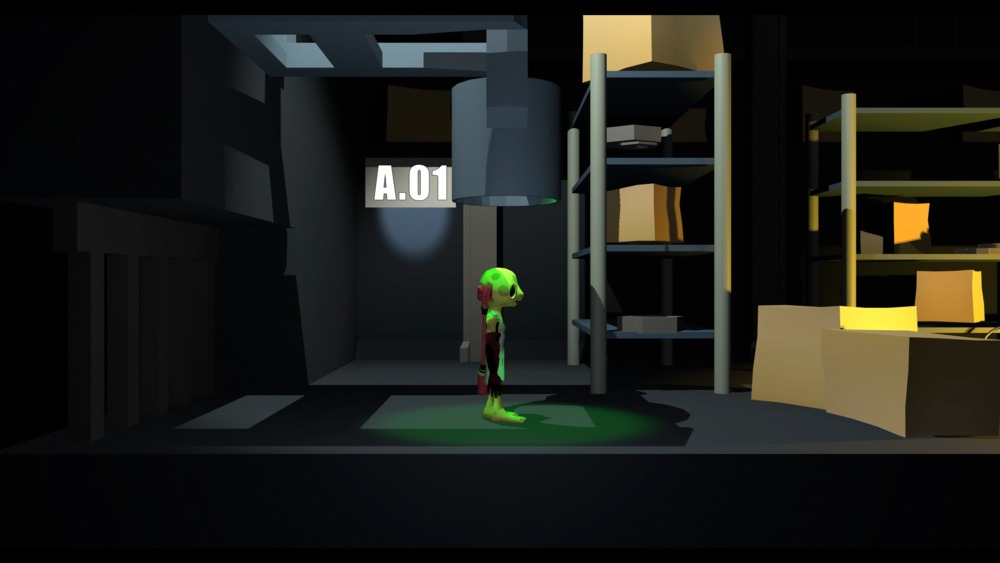 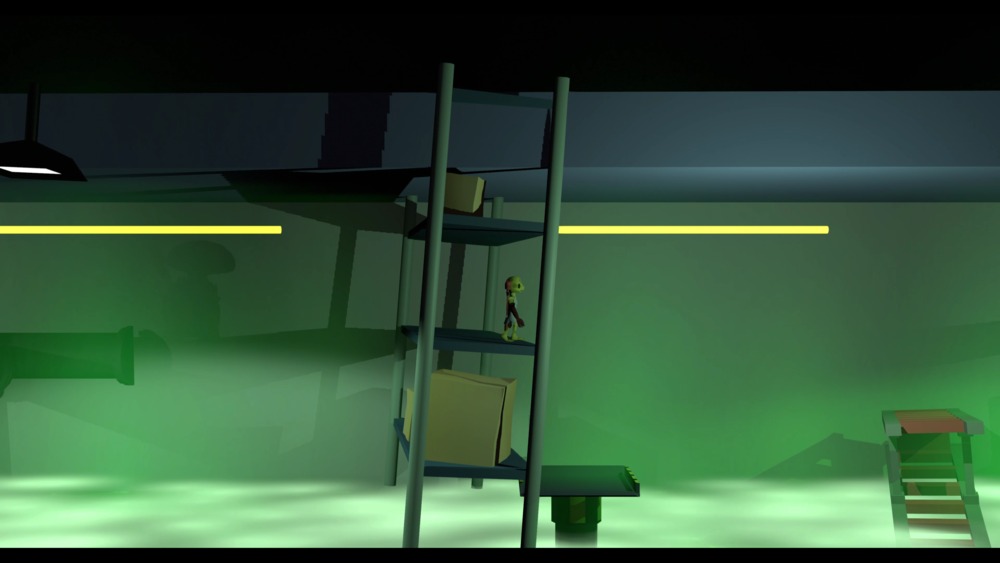 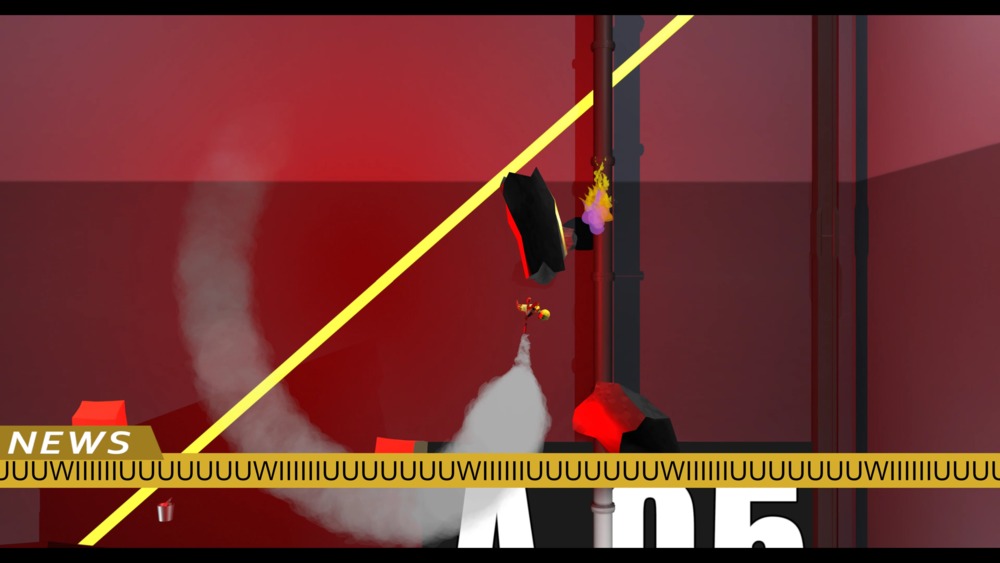 Original: 7.PNG | 3840 * 2160px | 2.7 MB | 7.PNG
You are one of a kind. At least, that is what they tell you. In reality you are a clone of a certain alien species that is particularly good at cleaning. That is your destiny. Cleaning the spaceship you are assigned to, with the help of your partner who is sitting in a control room, pulling levers and pressing buttons... But this time it’s different! The ship has caught fire, which must be extinguished immediately to save the passengers! That shouldn’t be a problem for such a rehearsed team as you, right? Use your cooperative skills to become heroes among the other clones!

*Levers and Buttons* is a two-player asymmetrical cooperation puzzle videogame. One of the players controls a character in two-dimensional space, while the other is operating in virtual reality. Both are stationed on a spaceship which has caught fire, they must keep it from burning down. The player who is acting in virtual reality has to solve puzzles with the help of his partner to extinguish the fire. The focus of the game is the communication between the players, because they can only see very little of the other’s perspective. Therefore, they must talk to each other to convey information. *Levers and Buttons* is a game suited for all unexperienced and experienced VR users.
The team Five Hours of Sleep (Lorenz Gonsa, b. 1998; Martin Hatler, b. 1999; Samuel Stallybrass, b. 1999; Vincent Thierry, b. 1999) developed *Levers & Buttons* as part of their final school project at HTL Spengergasse, Vienna. The team was formed around Vincent and Martin, who have been friends for 13 years and have long dreamt of developing a game together. The realization of their dream began as a school project, but it was their passion and their joy in developing that led to the development of the game on this scale.