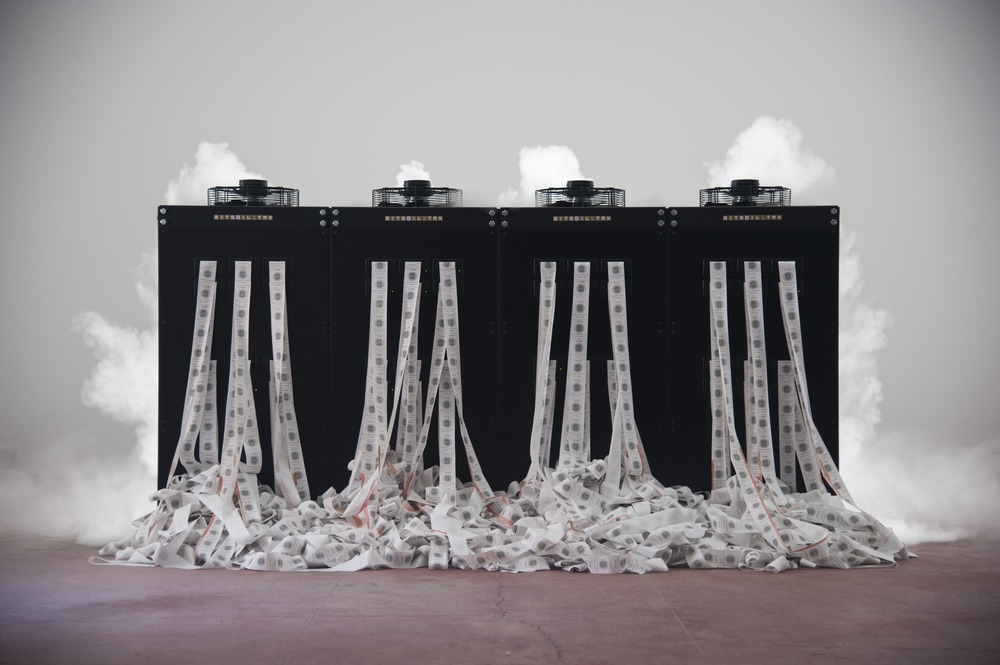 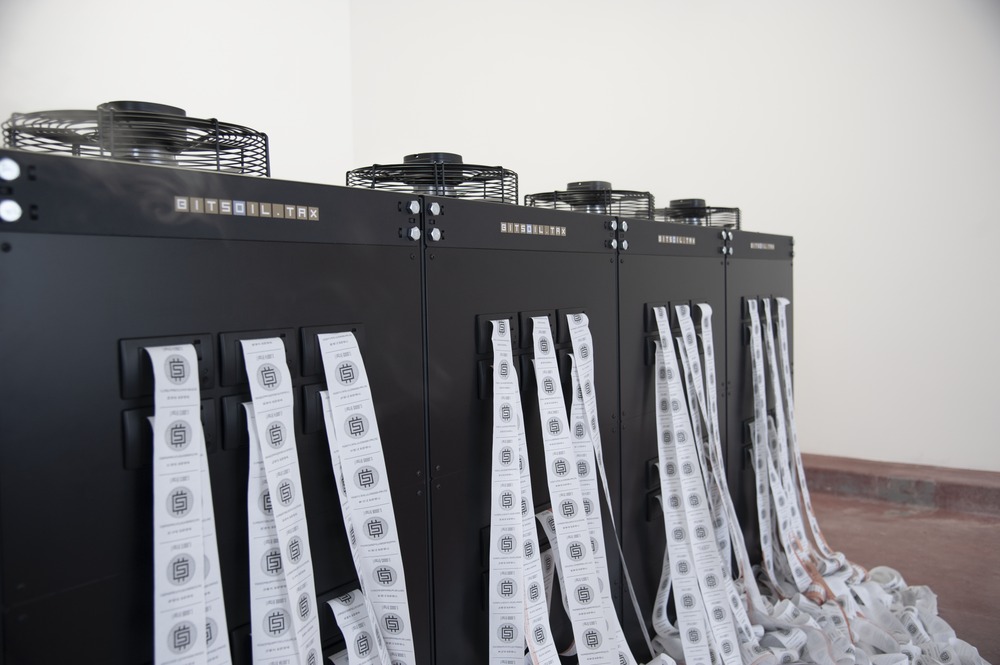 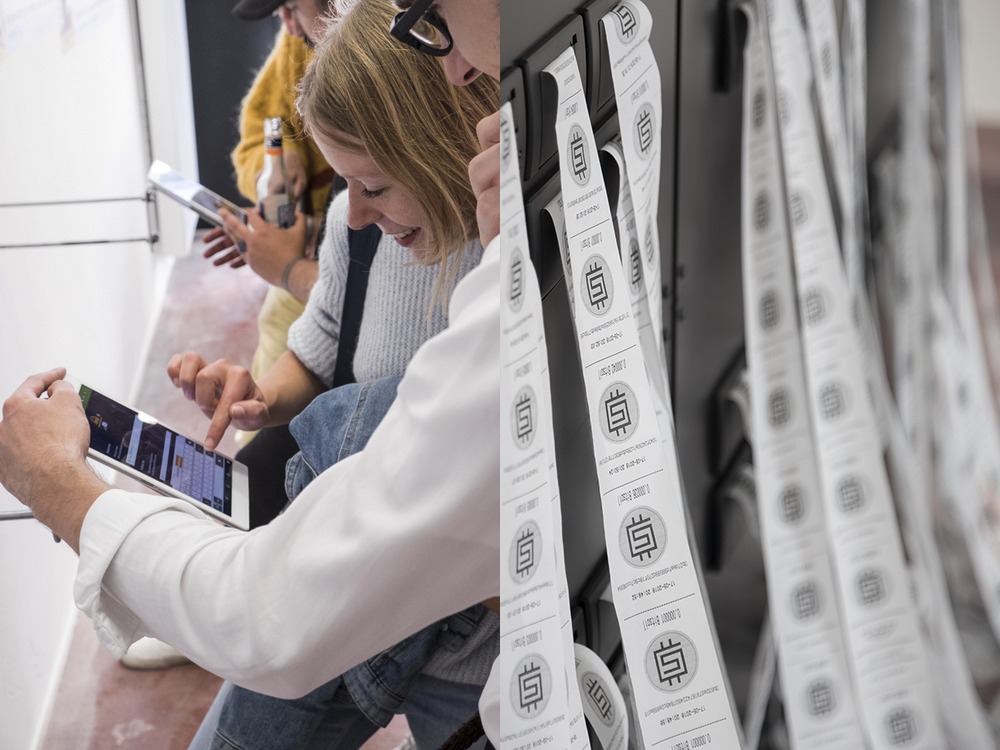 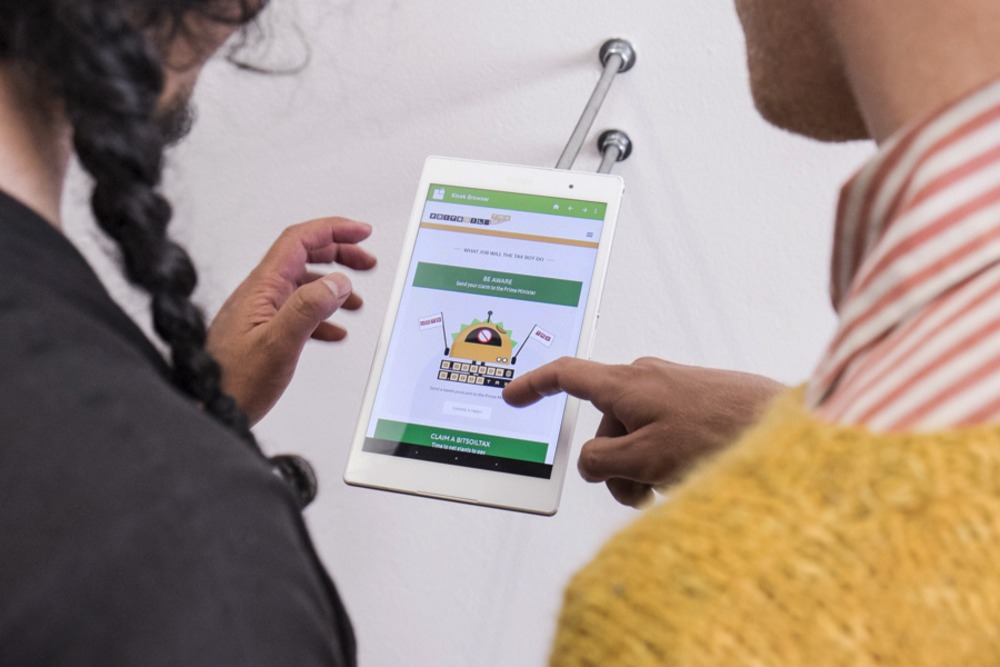 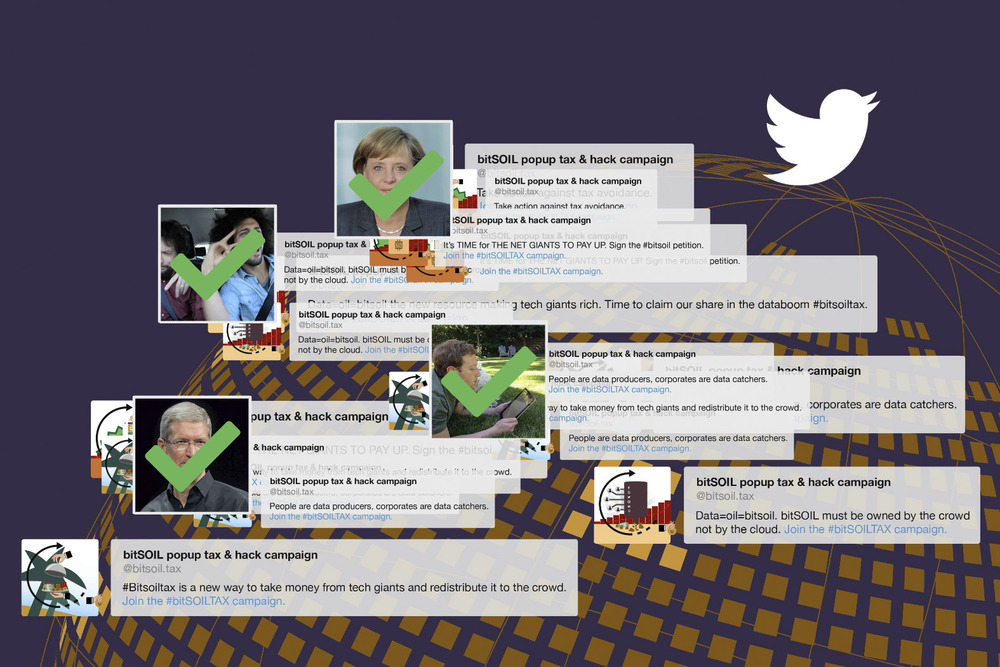 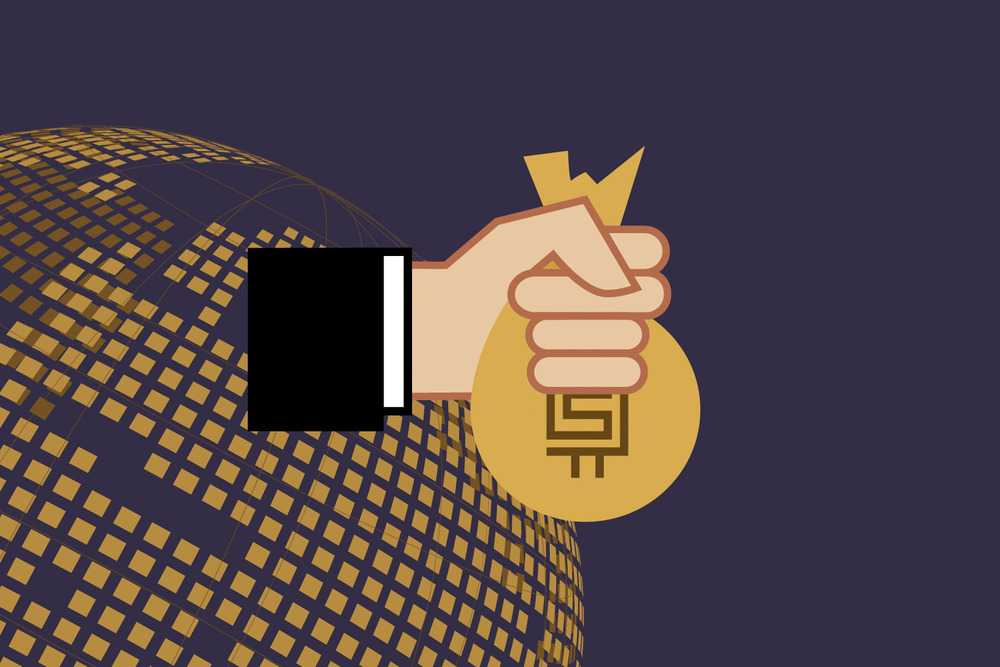 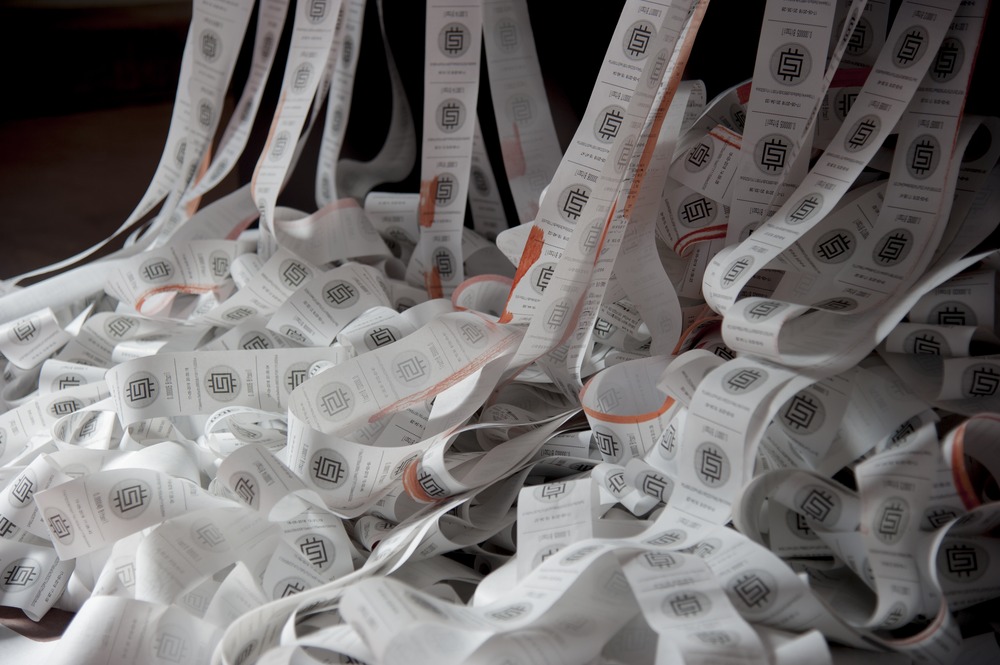 Original: bitsoil_tax_103a_larbitslab.tif | 4256 * 2832px | 34.5 MB | bitsoil_tax_103a_credits_larbitslab.tif
*The BitSoil Popup Tax & Hack Campaign* presents an alternative taxation system for a fairer digital economy that includes those that fall outside of the social-economic structures provided by traditional nation states. At the heart of the project is the bitsoil hypothesis; data are the new ‘black gold’ of the internet economy and up until now not enough thought has been given to questions regarding the distribution of this wealth that is currently concentrated in the hands of big tech companies such as Facebook and Google. *Bitsoil Popup Tax & Hack Campaign* encourages the anonymous masses to join the resistance and contribute to a more equal society.

The project combines online and offline spaces that flow into each other to create the BitREPUBLIC, an environment where bitsoil is redistributed across its citizens, the participants in the campaign. An online army of happily strolling bots detects tweets related to the topic of the campaign and subsequently asks the user to participate. The offline installation consists of a series of block-modules that serve as a data center processing and redistributing bitsoil that was mined by Twitter bots.

LarbitsSisters created a virtual private network and used IBM’s AI-Watson Natural Language Classifier Service to train social media bots to carry out their tasks. There are two types of bots: prospector bots and tax-collector bots. When prospector bots detect actions related to the campaign, a pop-up tweet appears on the account of the user who is then guided to the campaign’s website and is asked to participate. Different options are available to the participant; from gathering information on the project to creating his own bots and sending digital postcards to CEOs of the ten big tech companies or a Minister of Finance of their choice.

The online actions carried out as part of the campaign are the raw material on which the virtual currency bitsoil is based. Every click, or other occurrence on the *BitSoil Popup Tax & Hack Campaign* platform, sets a redistribution mechanism in motion. Bitsoil is consequently distributed across the ‘wallets’ of the BitREPUBLIC’s citizens. The visitor watching the installation can follow this process of creation and distribution of bitsoil as printers equipped with Raspberry-pi microcomputers create a continuous flow of tickets showing the number of bitsoils entering the ‘wallets’. When online actions trigger the bitsoil redistribution system smoke appears and rises from the installation. The ticket printers represent wallets and every wallet represents a citizen of the BitREPUBLIC.

Blockchain technology—the technology behind the bitcoin—in this project is applied in a critical and strategic way to explore and create possibilities for an alternative and inclusive social-economic system. Traditional structures of nation states are surpassed to restore to a certain extent basic rights, such as the right to work and move freely, for those who find themselves in deprived positions—notably migrants and refugees. The project strives for more equality, a society in which gender, origin, and other characteristics don’t define one’s prospects.
Concept: Artist Duo LarbitsSisters
Executive production: Larbitslab
Software development: Vincent Evrard, Arnaud Crucifix, Jenny Mainframe.
Co-production: Gluon, Fundamental Research, iMAL.
Supported by: Research & Development Grant Flemish Community, Production Grant Flemish Community Commission.
The work of the Brussels-based artist duo LarbitsSisters (BE) is situated at the crossroads of art, technology, political, and societal issues and grew out of a shared fascination on new media, merging research and artistic practice onto projects in which concepts such as traceability, network analysis, algorithms, automation, and data processing are explored. LarbitsSisters’ work focuses on the creative drives and patterns in digital media. Central is the friction between public and private, online and offline; between the unbridled faith in technological progress and everyday life. Their work has been presented in several national and international exhibitions and symposia. In 2011 LarbitsSisters founded the Research lab on Digital Visualizations, Larbitslab. Larbitslab brings together artists and scientists around societal issue of networked societies. The specificity of Larbitslab lies in the methodological approach, which combines observing practices, media analysis, and research on technical and societal implications.