The Other in You 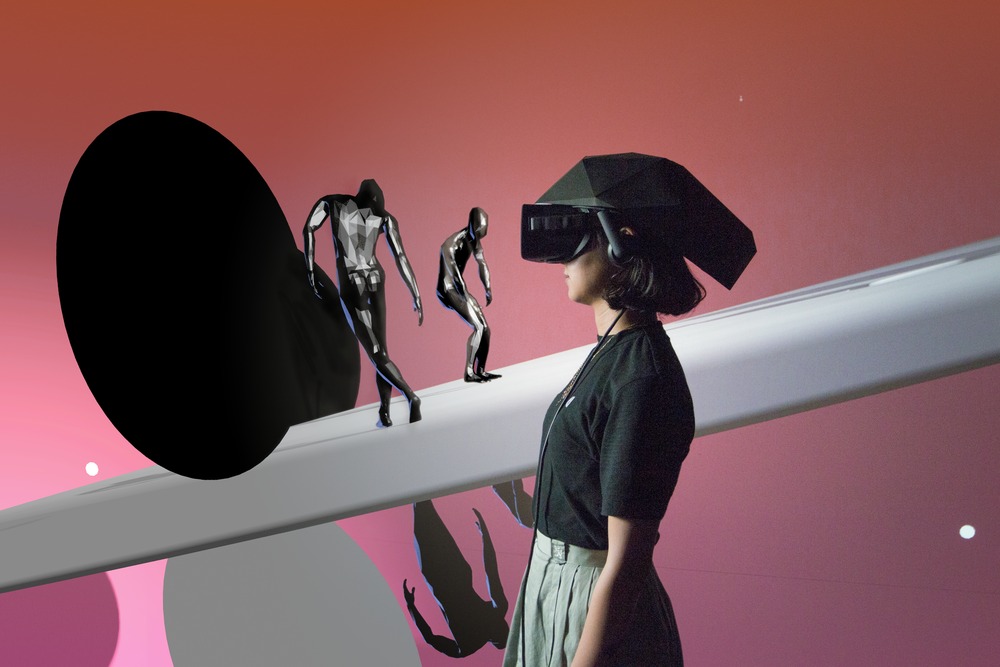 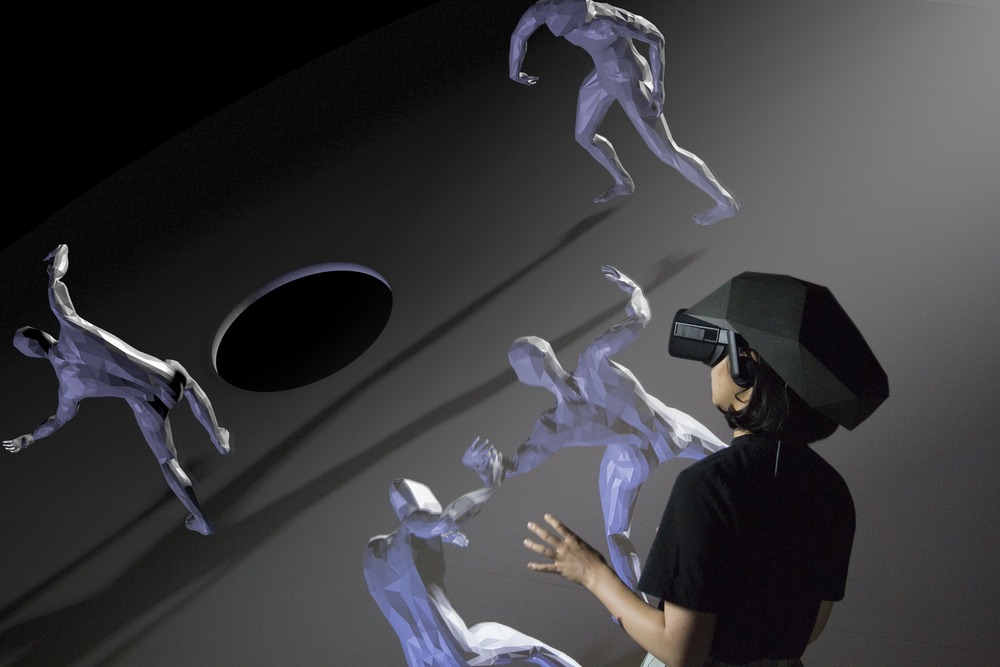 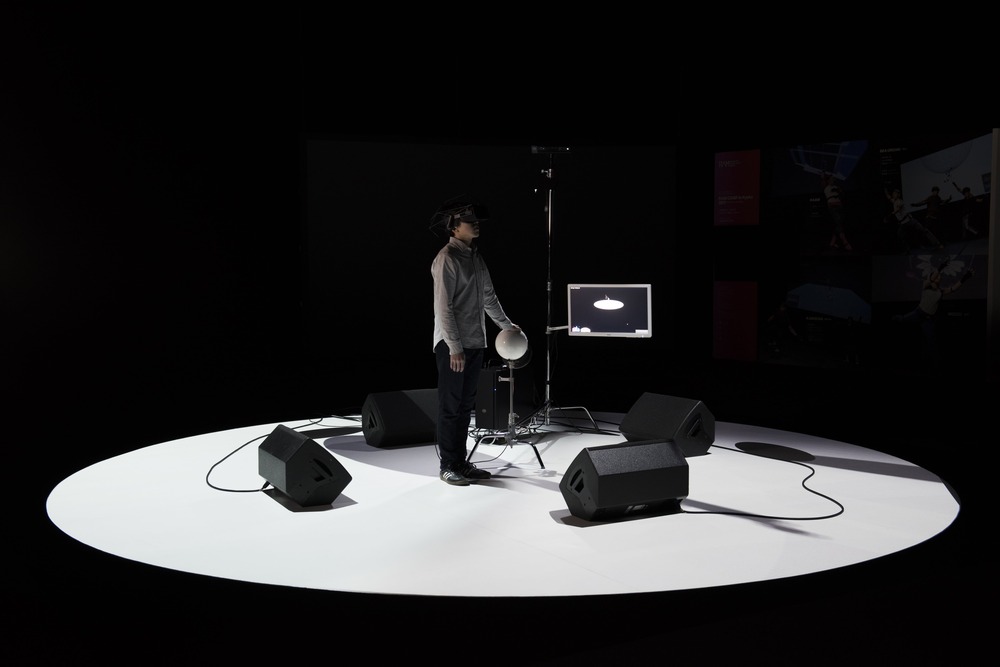 Original: The_Other_in_You_Kazuomi_Furuya.jpg | 4896 * 3268px | 425.4 KB | The_Other_in_You_Kazuomi_Furuya.jpg, Installation View. Photo by Kazuomi Furuya Courtesy of Yamaguchi Center for Arts and Media [YCAM]
*The Other in You*, developed as a new way to experience dance, has realized a novel dance audience experience. We assembled the cutting-edge Computer Graphics, haptic feedback device which directly express the dance to the body, 16 stereophony channels sound and research on Virtual Reality techniques to realize this work.

How can we relate to others, who are supposed to be distant from us? Do we really know what it is to "see”? *The Other in You* is an attempt to revive the notion of our body in relation to an object, a notion, which had been forgotten in the act of watching.

The movement of the dancer, Tomohiko Tsujimoto is captured with a motion capture system. The data is converted into 3DCG to create virtual dancers covered with black skin. Using VR technology, the views of the audience move freely during the performance and the dancers get very close to the audience—an unlikely situation with ordinary dance theater. In addition, screened by 3D sensor cameras, the audience members themselves virtually come to appear in the VR images.

The work is based on Richi Owaki’s meditations on the dance theater audience. Often, audiences are required to stay in fixed seats in the dark and quietly watch the stage. However, this is a recent phenomenon. It became the norm only after the modern theater system was established.

*The Other in You* sheds light on the physicality of the audience which we, including the audience themselves, have forgotten along the way. At some point during the performance, the point of sight of the viewer leaves their own body and they see themselves from above. This out-of-body sensation is a unique experience VR offers.

Playing with this phenomenon, Richi Owaki challenges the idea of “selfness.” The body we are seeing moves the same way as we move behind the helmet, but there is a sense that that body isn’t really our body. For Richi Owaki, watching dance is an act of “seeking others in oneself” or “oneself in others.” The title suggests we are not divided from each other, but rather an extension of one another.
Concept/directed by Richi Owaki (YCAM InterLab)
Co-developed with YCAM InterLab

Yamaguchi Center for Arts and Media, commonly known as YCAM which is an art center located in Yamaguchi City, Japan. YCAM owns YCAM InterLab which is internal research and development team. Made up of about 20 resident staff members with various skills in the fields of curation, education, engineering and design, the team plays a leading role in various YCAM programs, from the conception and production of works to the development of workshop contents, in collaboration with local citizens, artists, researchers and engineers. The team have been collaborating with many international artists including Ryuichi Sakamoto, Carsten Nicolai, Zach Lieberman and others since 2003.