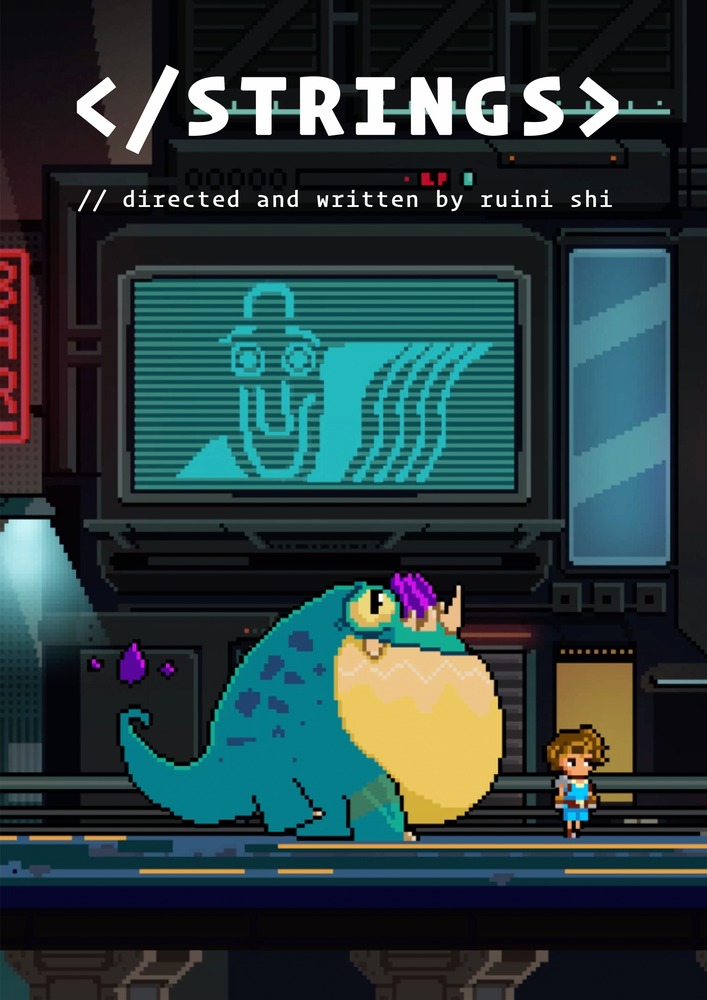 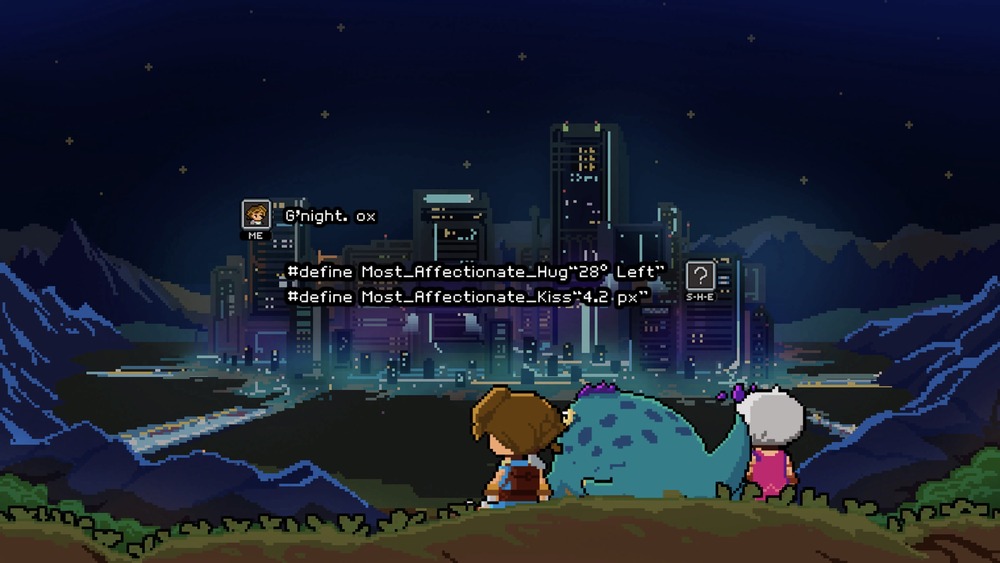 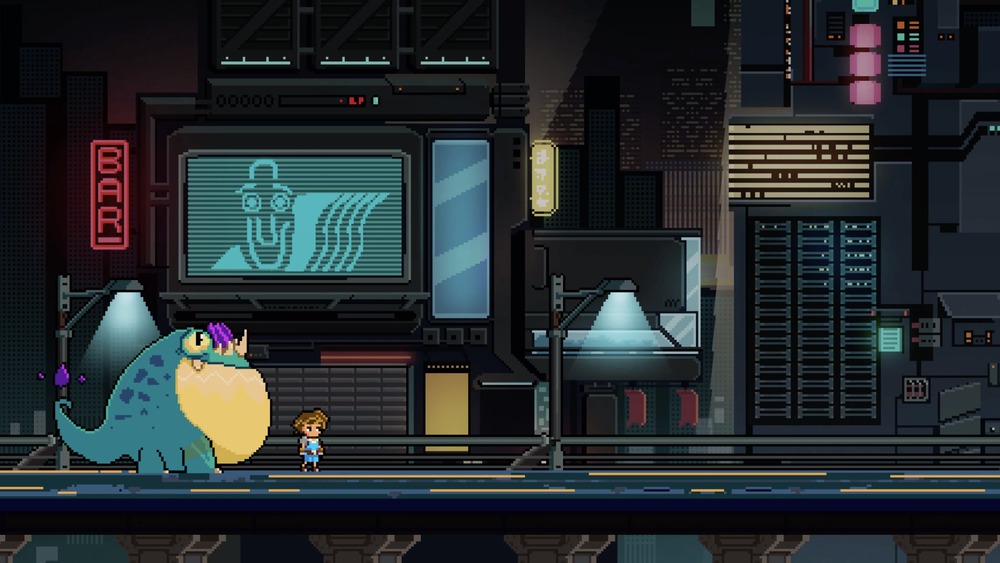 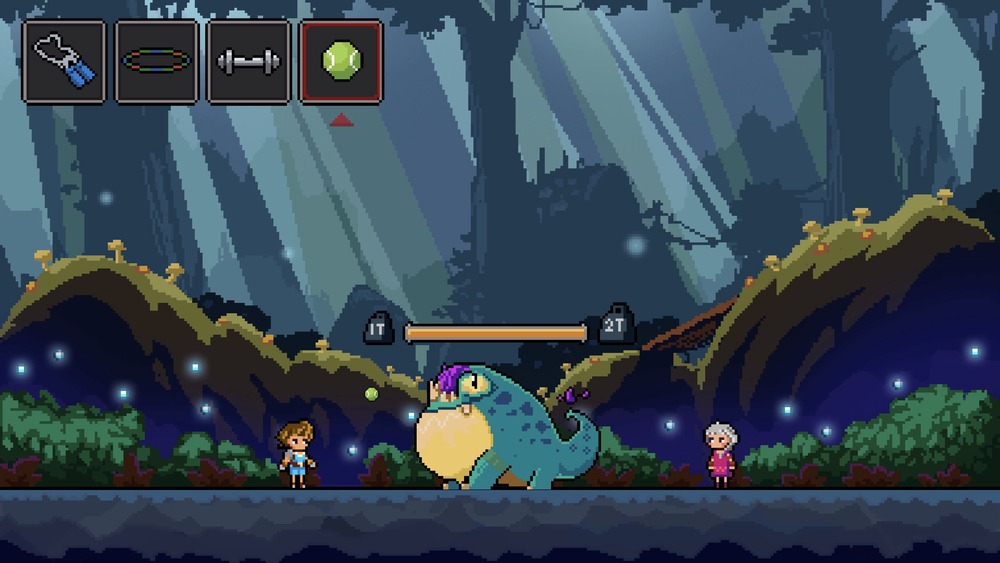 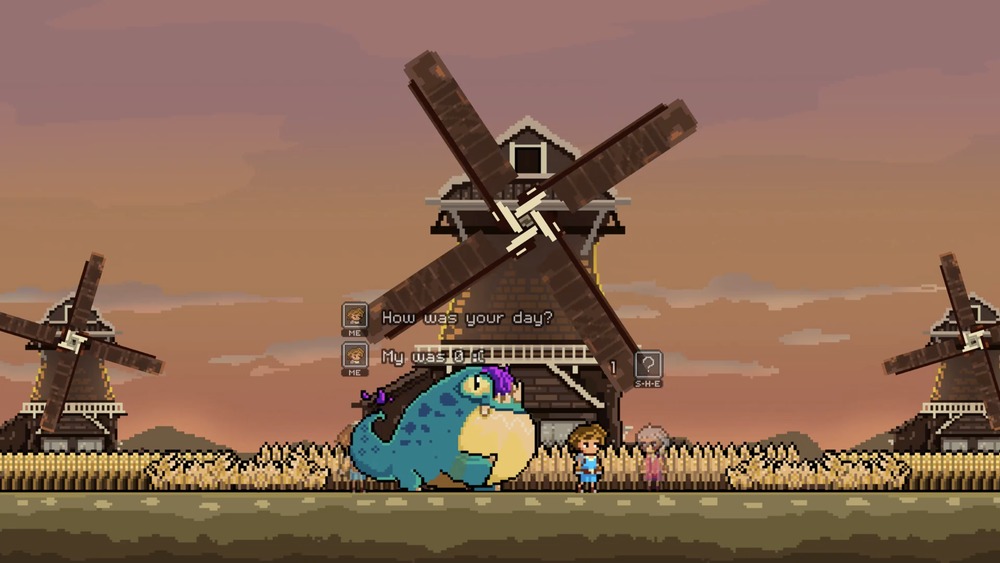 Original: Strings_RuiniShi_4.png | 7000 * 3941px | 6.3 MB | Strings_RuiniShi_4.png
*Strings* depicts a story in a near future, in which the only player of an obsolete online game wanders around by himself day and night, and seamlessly replaces himself with another personality. However, his isolated emotions begin to open up when one day another ‘player’ arrives in this ‘Cyber Chernobyl’.

This film tells a story about mediated intimacy by depicting a range of virtualized spaces or realms in a game, aiming to open up new opportunities for thinking through digitally mediated relationships.

*Strings* raises questions about the tools and methods which can be employed to refactor the interactions between humans and machines in order to enable new, diverse kinds of intimacy in the digital age.

This film combines 3D animation from game engineering software with 2D pixel art.
Director: Ruini Shi,
Voice-actor: Gary Pillai
Sound designer: Ankar Arken
Sound mixer: Sean McGarrity
Ruini Shi (CN) is an artist and designer currently based in London. She explores virtual intimacy by combining film language and technological aesthetics, creating narratives that interrogate the compatibility between humanity and emerging technologies. She holds a BA in Interaction and Moving Images from London College of Communication and an MA in Animation from the Royal College of Art in 2018. *Strings* is the first in a series of stories exploring digitally mediated sites and events as a locus to develop relationship diversity. Her previous film, *Desire Line*, was her MA project and took a different perspective on human-AI relationships through a murder mystery. Recently, she has investigated queering blockchain as an emotional-interactional autonomous region.