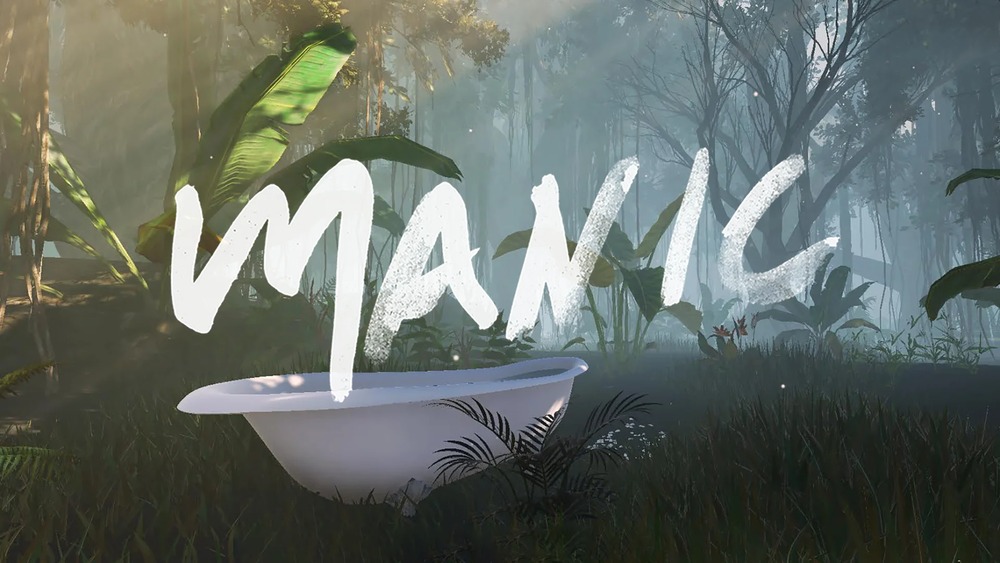 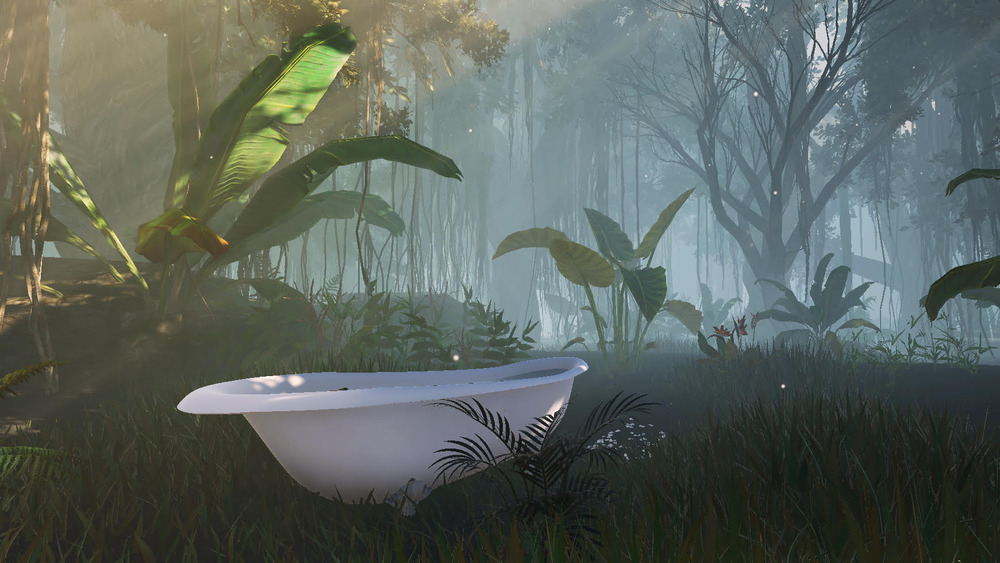 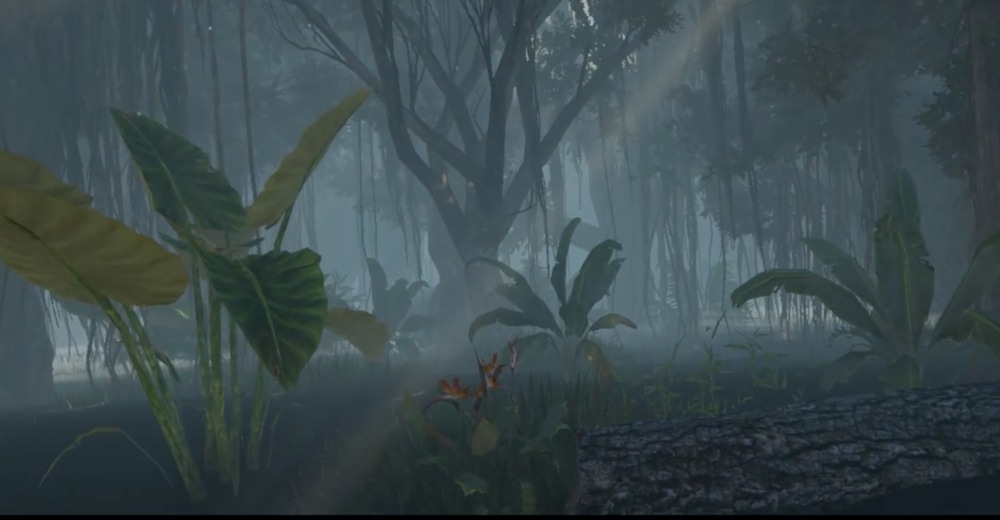 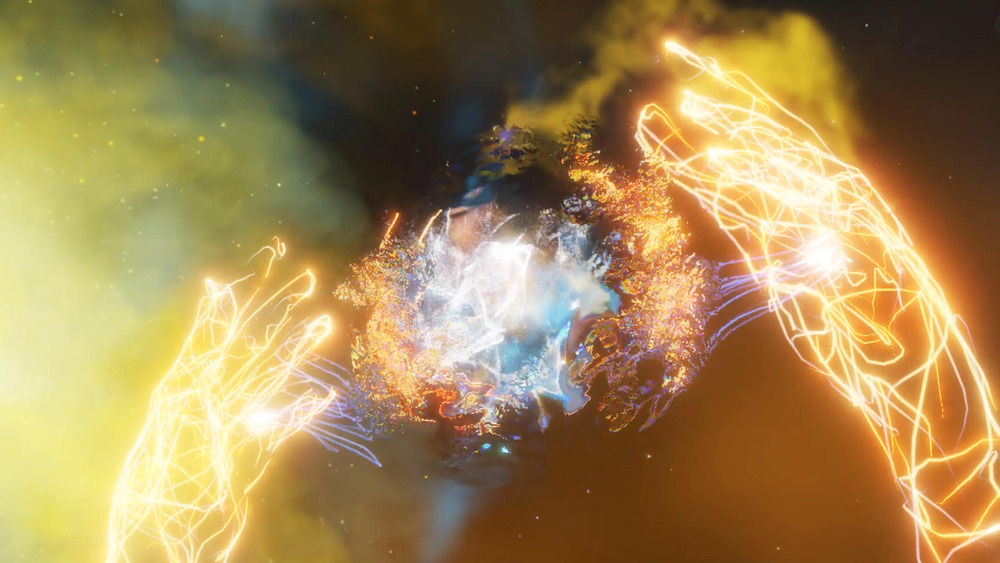 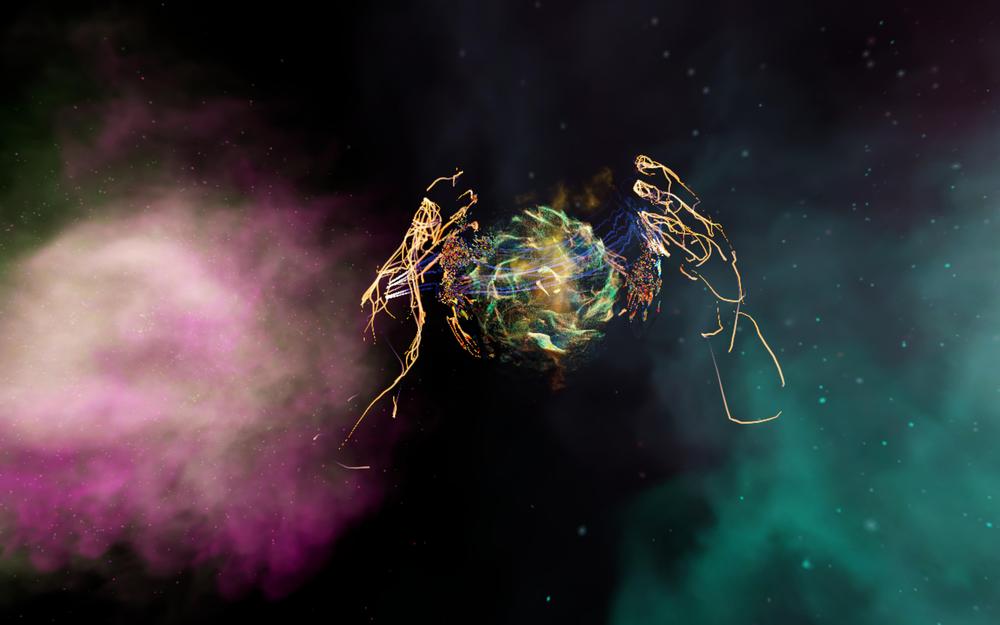 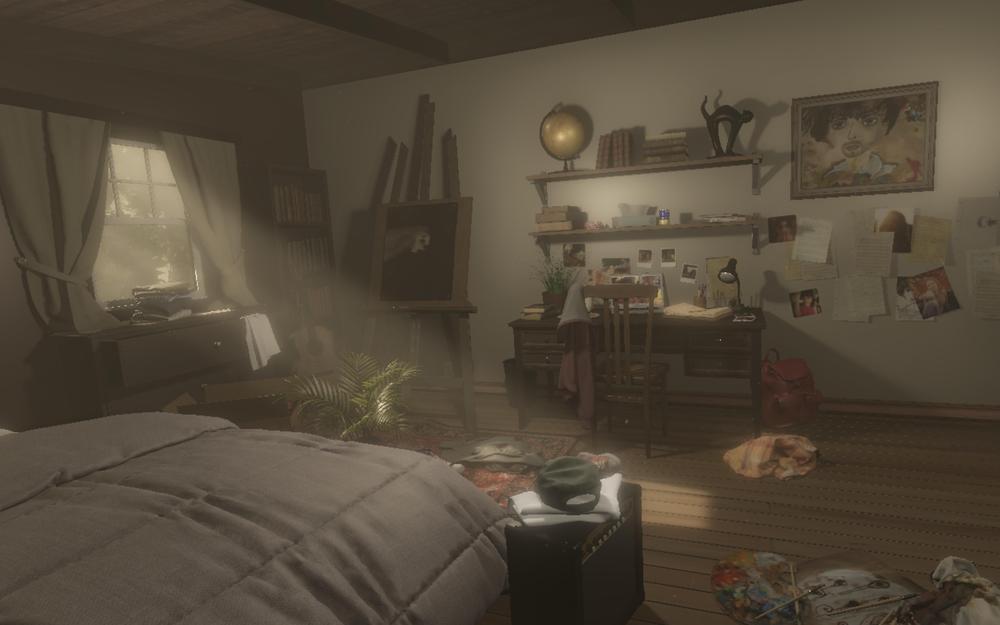 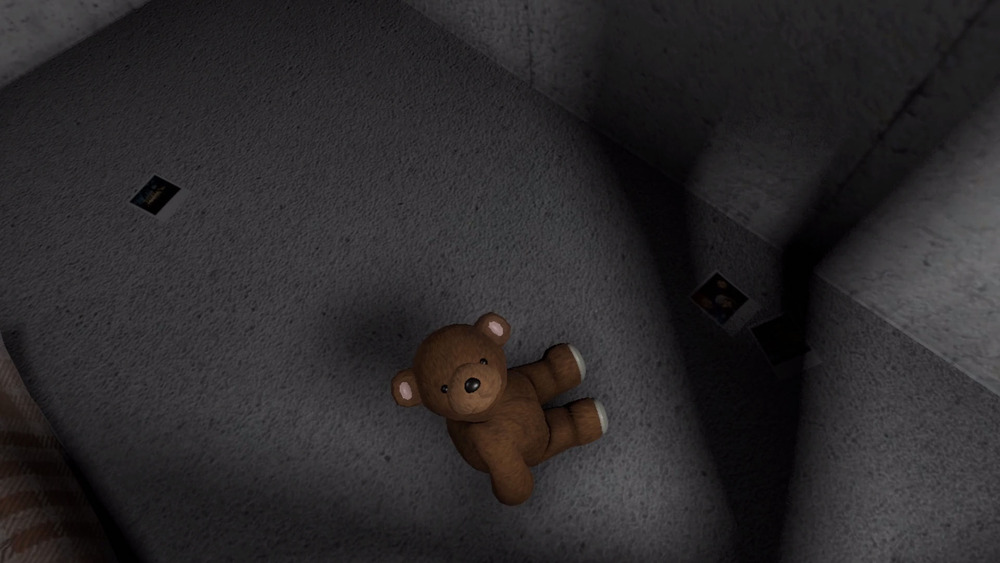 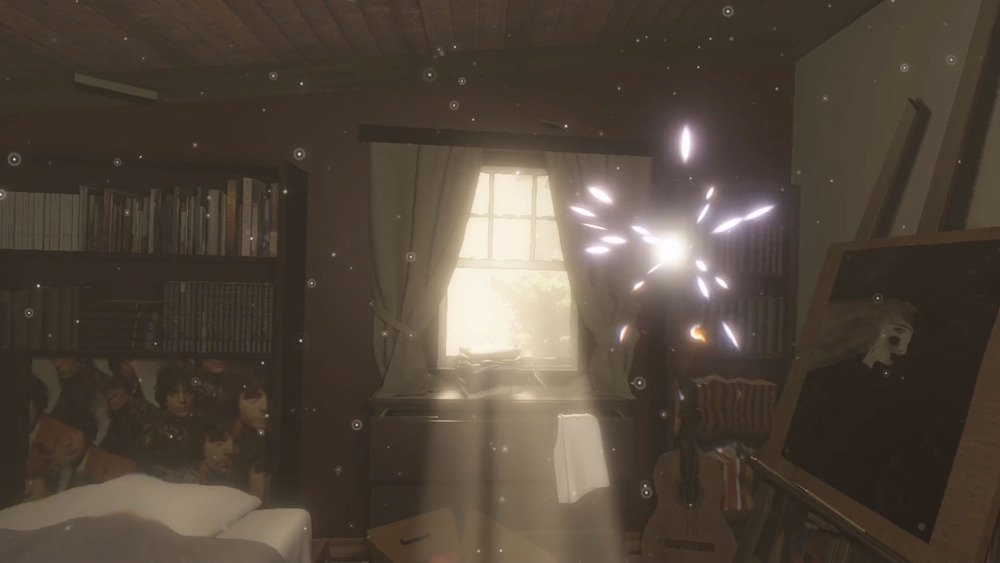 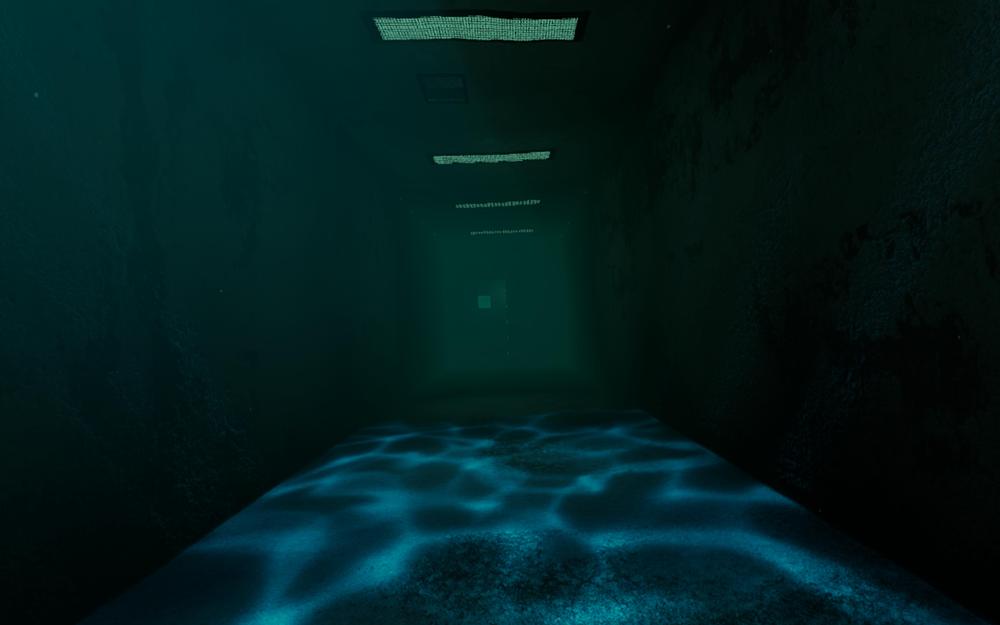 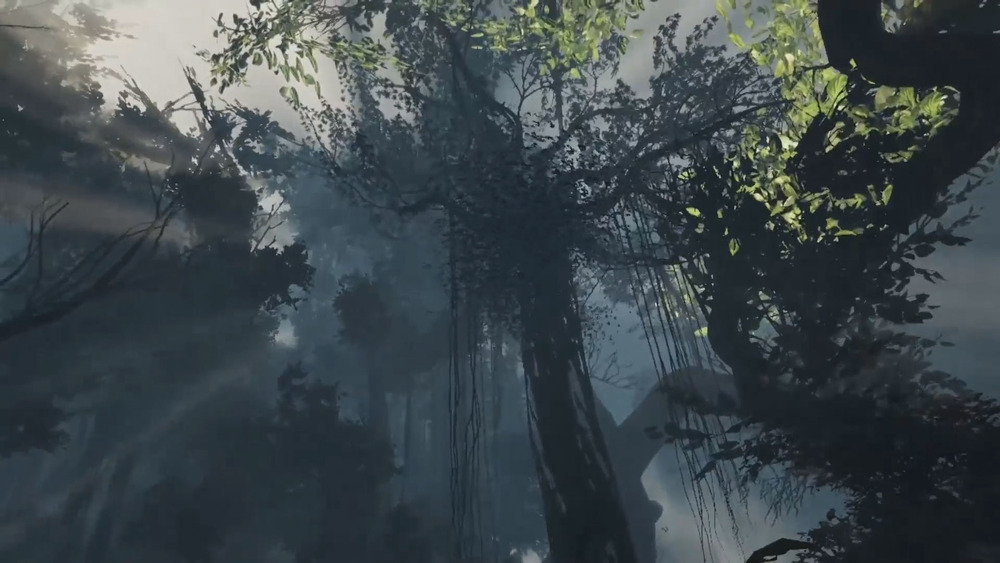 Original: ManicVR-still_8_EyeSteelfilm_and_Dpt..jpg | 1920 * 1080px | 215.7 KB | ManicVR-still_8_EyeSteelfilm_and_Dpt..jpg
*ManicVR* is a virtual reality documentary that introduces users to the complex world of bipolar disorder. Guided by the voices of Felicia and François Bertin who, for the past 3 years, have used their sister Kalina Bertin’s voicemail as their personal diary, the user embarks on a journey to decipher the cycling whirlwind of mania, psychosis, and depression. Through room-scale, real-time interaction and 3D worlds, we discover the destabilizing effects of bipolarity—the heightening of senses and the untamed imagination that accompanies this complex and mysterious condition. Bipolarity is a serious mood disorder characterized by manic and depressive mood swings. Those affected by this disorder can go for years before realizing and accepting they have this mental illness. Generally, it is not just the people with this disorder whose lives are affected, but also their families and their social environment. Many relatives, friends, and colleagues do not comprehend the experiential world of a person living with bipolar disorder and don’t know how best to deal with it. And yet it is this very knowledge that helps maintain the relationship throughout all of the disorder’s phases. *ManicVR* humbly seeks to bridge this gap by offering a journey into the destabilizing and mesmerizing world of bipolarity, by enabling visitors to see and experience the highs and lows which characterize manic depression. This immersive experience aims to raise awareness and build empathy around the real, lived conditions of bipolar disorder.

In collaboration with Kalina’s siblings, psychiatrists, and scientists from the Douglas Mental University Institute, the MIT McGovern Institute for Brain Research in Cambridge and the Stanley Center for Psychiatric Research at Broad Institute, Kalina Bertin, Sandra Rodriguez, Fred Casia and Nicolas Roy have created a virtual reality experience that enables viewers to experience the unique world of manic depression from within.

The whole architecture of *ManicVR* is inspired by the natural, built in narrative arc of bipolar disorder type 1 (the type that Felicia and François have been diagnosed with). Six immersive environments were created to act as milestones of the experience. These environments were all based on the same fundamental blueprint—the structure of Felicia and François’s bedroom—anchoring them in a reality that builds, transforms, and collapses around the user.


*ManicVR* had its world premiere at the prestigious Sheffield Doc/Fest in England in June 2018 before heading to the World VR Forum in Switzerland. It won the Dok Neuland Award at Dok Leipzig and was nominated for a Canadian Screen Award for Best Immersive Experience. *ManicVR* has been exhibited at the visionary Phi Center in Montreal and the Schering Stiftung in Berlin. In June 2019 it will be exhibited at Kleisthaus in Berlin.
*ManicVR* was produced by EyeSteelFilm__CreativeReality and Dpt.co, both based in Montreal.
Director: Kalina Bertin
Creative direction: Kalina Bertin, Sandra Rodriguez, Fred Casia, Nicolas S. Roy
Producer: Sandra Rodriguez, EyeSteelFilm__CreativeReality, Nicolas S. Roy, Dpt.co.
Creative coders: Josquin Zabka, Alexandre Bordereau, Paul Georges
3D artist: Hugo Forget
Original music and sound design: David Drury
Production manager: Stéphanie Emond
Kalina Bertin (CA) is an award-winning filmmaker based in Montreal, Canada. She is best known for her award-winning documentary film *Manic* and her virtual reality experience *ManicVR* which explores the world of bipolar disorder from within.

Sandra Rodriguez (CA) is a creative director, UX consultant and producer of interactive content. A leading voice in emergent media and storytelling, she was founder of EyeSteelFilm__CreativeReality, and currently explores work in VR, AR and AI.

Nicolas S. Roy (CA) is the founder and creative director at Dpt.co, an award-winning Montreal studio specializing interactive storytelling. He has been producing and directing award winning interactive projects for over 15 years.

Fred Casia (CA) is a graphic designer, animator and visual artist from Montréal. He is a founding member of the free-form collective Astroplastique and has exhibited art installations for Montreal Museum of Fine Arts and Osheaga Music and Arts festival.