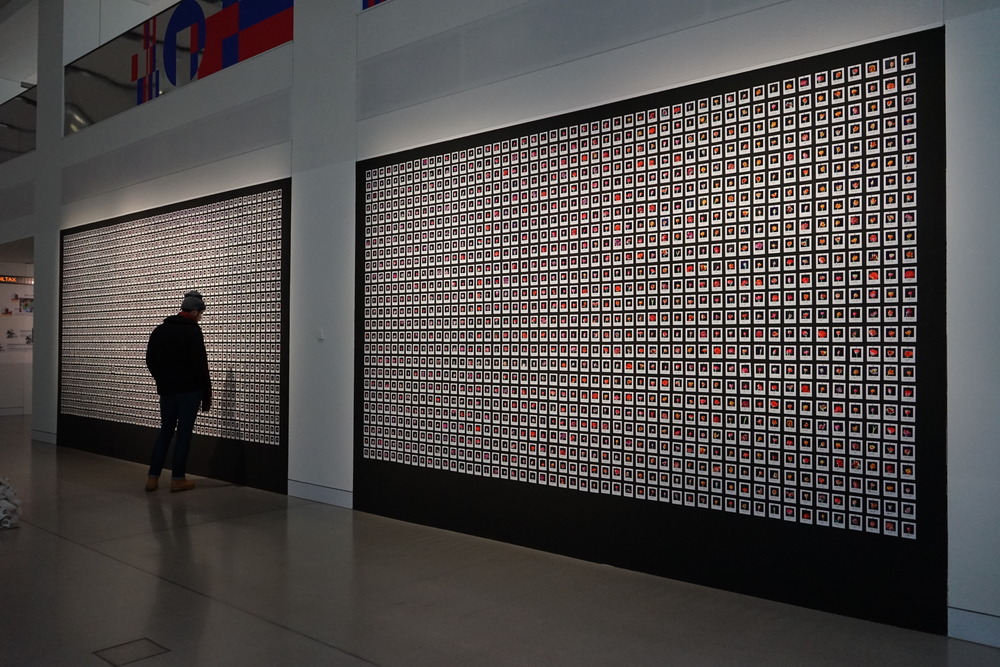 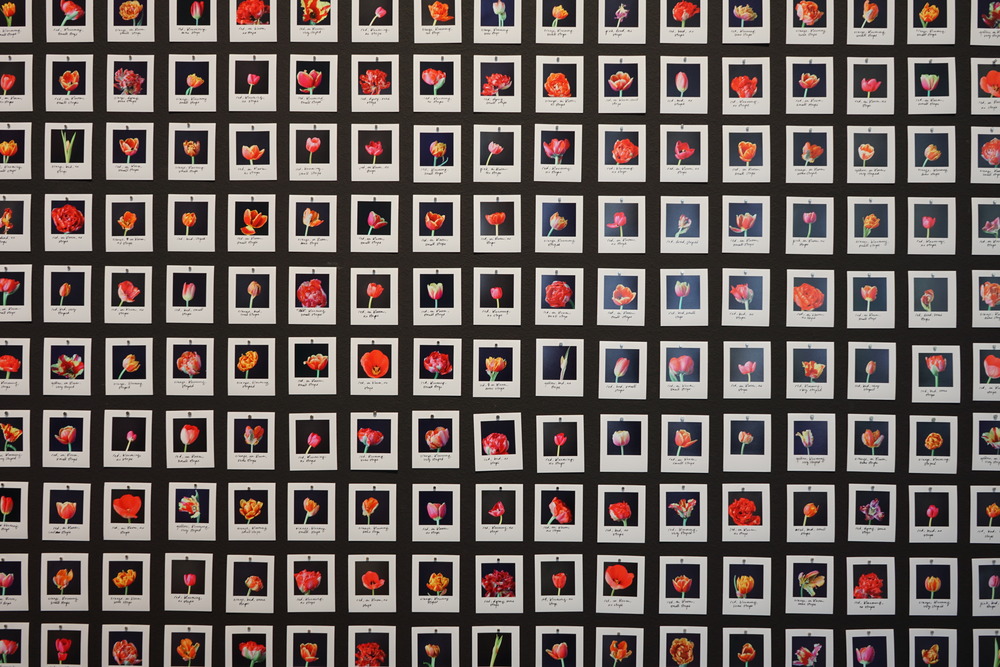 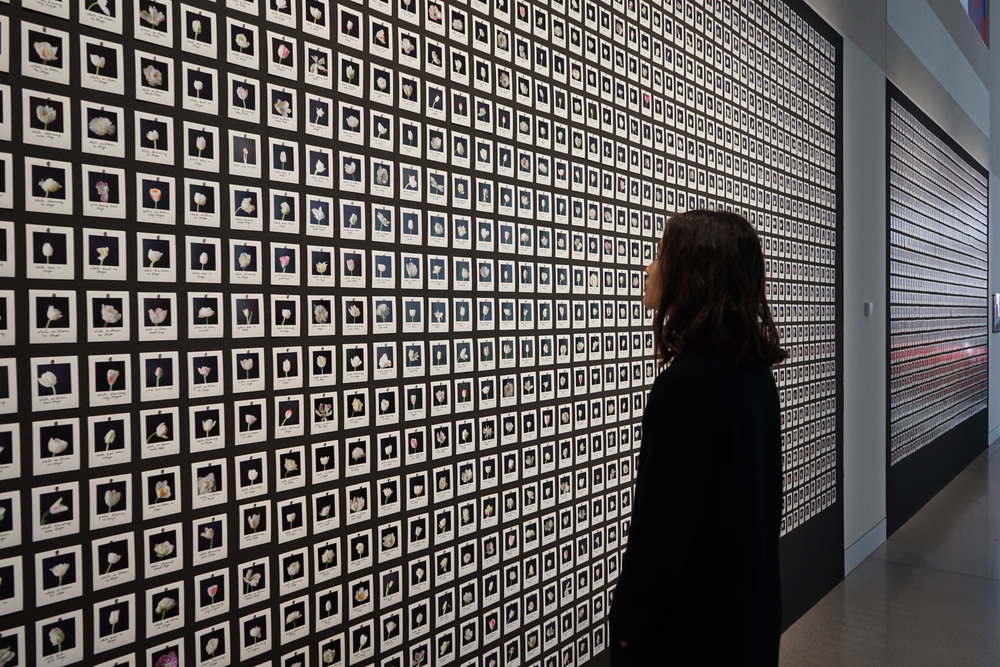 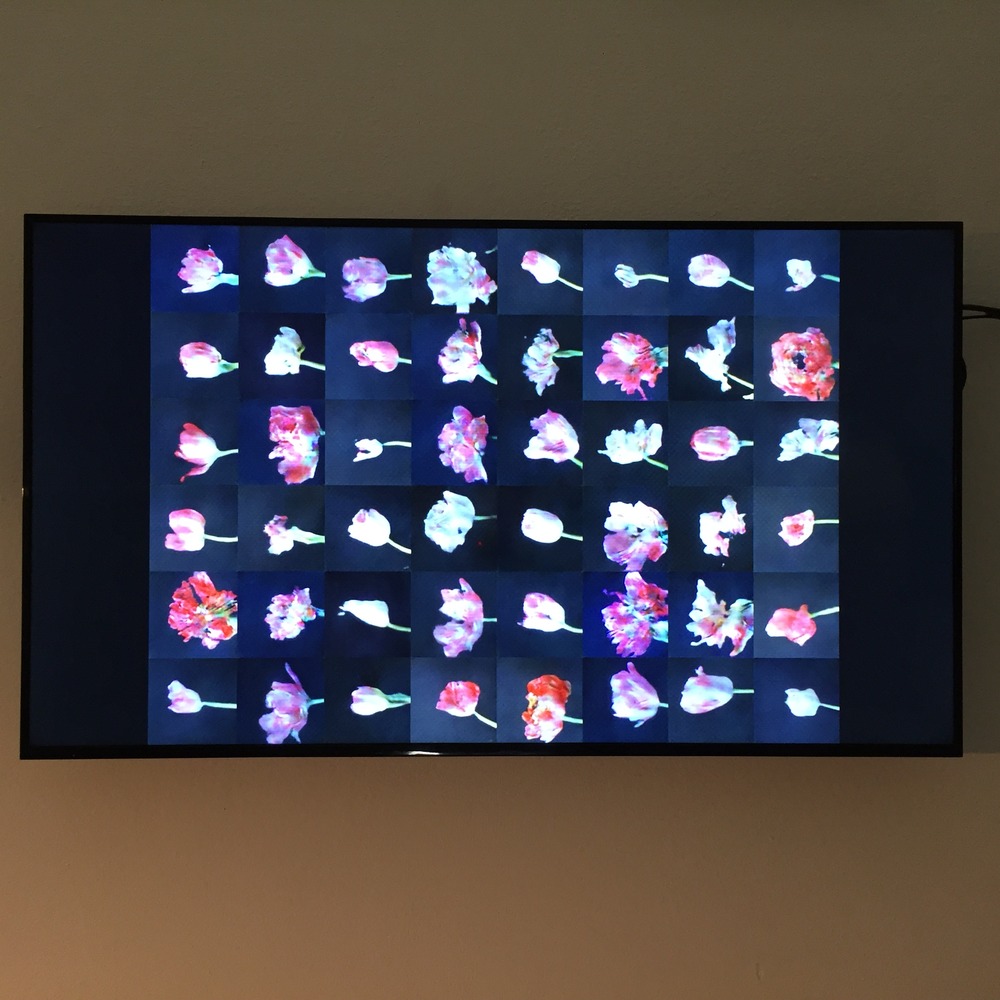 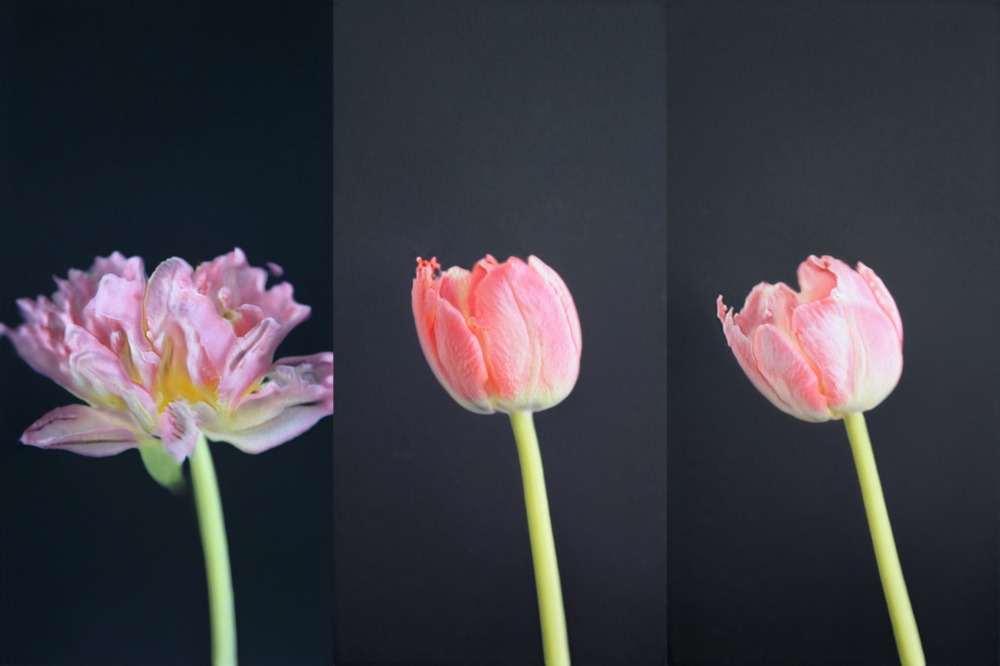 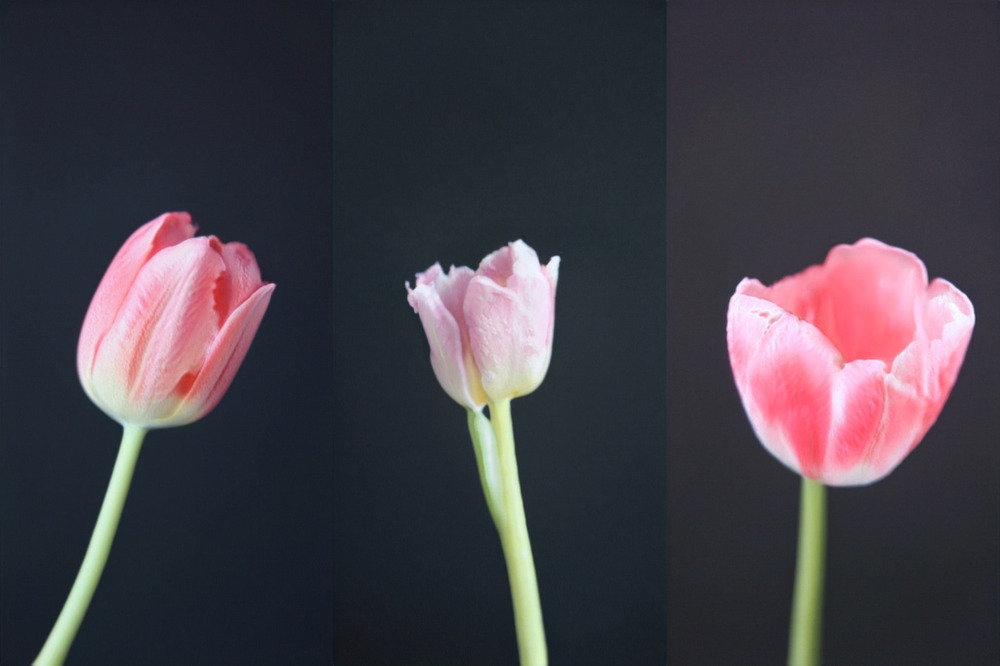 Bitcoin has been described as "worse than the tulip mania,” the Dutch craze for buying tulip bulbs in the 1630s. Now, crypto currencies are still seen as a potential speculative bubble with prices fluctuating wildly. Drawing together ideas around capitalism, value, and the tangible and intangible nature of speculation and collapse, my work brings together these two very different, yet surprisingly similar moments in history. This is accentuated by the use of AI as a material, which is going through its own cycle of hype and speculation.

As the tulips bloom, some reveal a striped appearance. In nature, the mosaic virus causes stripes in a tulip petal, which increased their desirability and helped cause the speculative prices during the period of “tulip mania.” However, in this piece, the stripes seen on each tulip are dependent on the value of bitcoin—changing over time to show how the market fluctuates.

In order to create it I had to construct my own training set. I took ten thousand photos and categorized them by hand—a counterbalance to the way most datasets are constructed. In the careful process of selection, arrangement, and repetition, I tried to mirror both horticultural craftsmanship and the process of still-life painting so characteristic of the Dutch Golden Age. Using AI to "imagine" or "dream" tulips echoes the way that the painters would not paint from life, but rather from all of the fragments of flowers that they have ever seen; similarly, the model is not just repeating flowers that are in its dataset, but creating new flowers from the knowledge that it has.

The result is a video work that shows some flowers appearing deceptively realistic, whilst others split and overproduce, morphing into unrecognizable floral forms. The result is a critique of value, human control, and the tenuous line between nature and artifice.
This project was commissioned by IMPAKT within the framework of the EMAP/EMARE program with support of the Creative Europe Programme of the European Union.
Anna Ridler (UK) (b. 1985) is an artist and researcher. She has exhibited at institutions such as the V&A Museum, Ars Electronica, HeK Basel, Impakt, and the Barbican Centre and has degrees from the Royal College of Art, Oxford University, and University of the Arts London. She was a 2018 EMAP fellow and was listed by Artnet as one of nine “pioneering artists” exploring AI’s creative potential. She is interested in working with self-generated data sets to create new and unusual narratives in a variety of mediums, and what happens when things cannot fit into discrete categories.