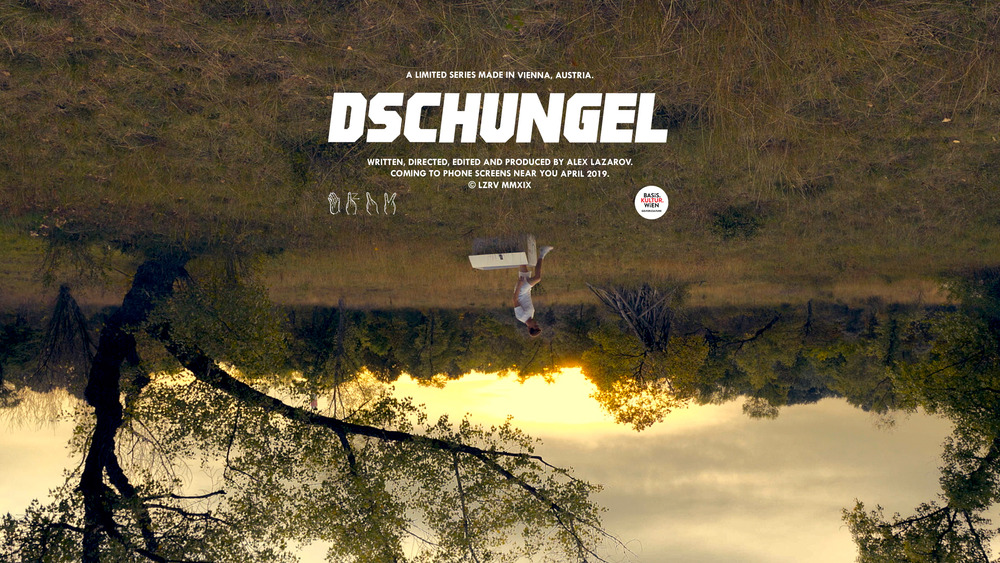 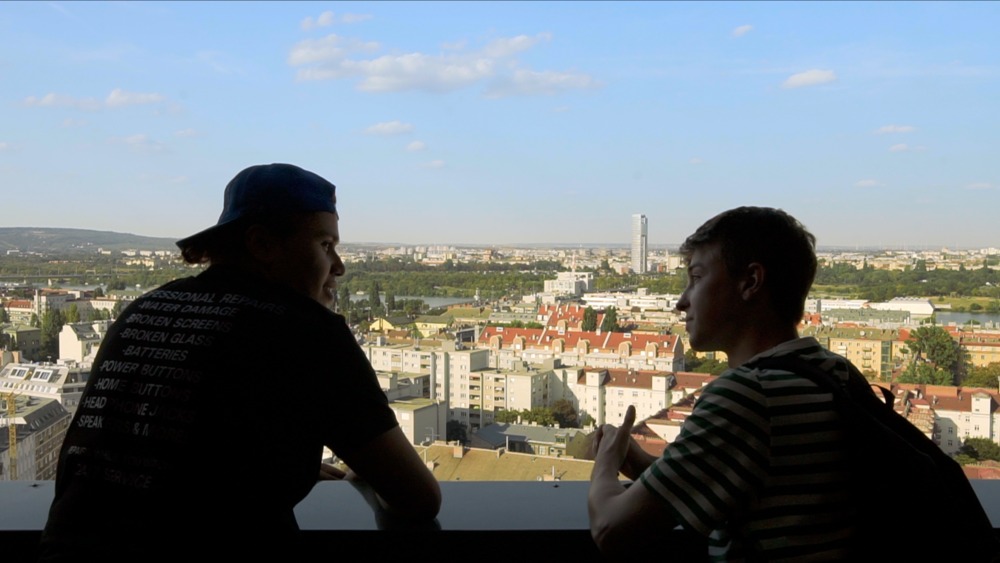 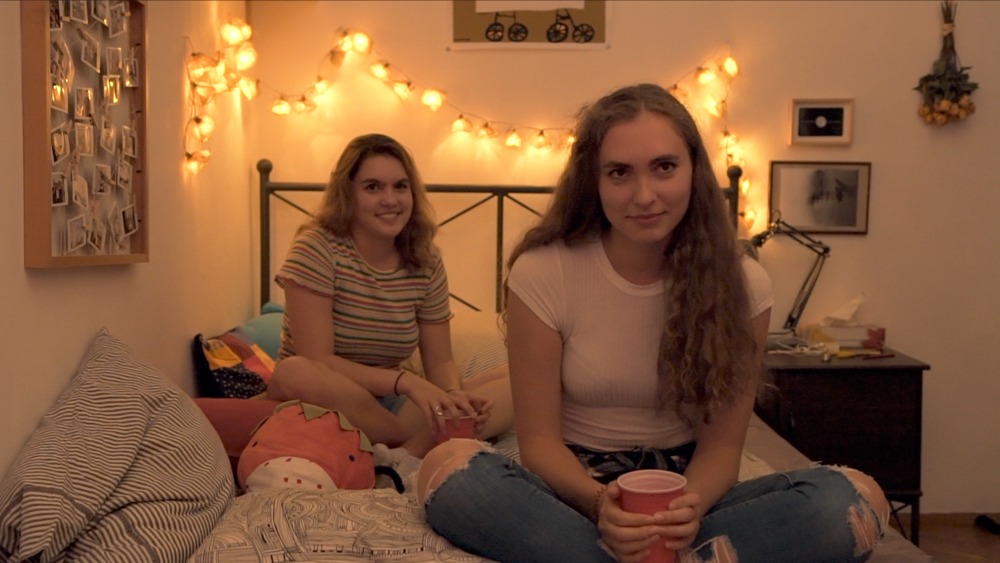 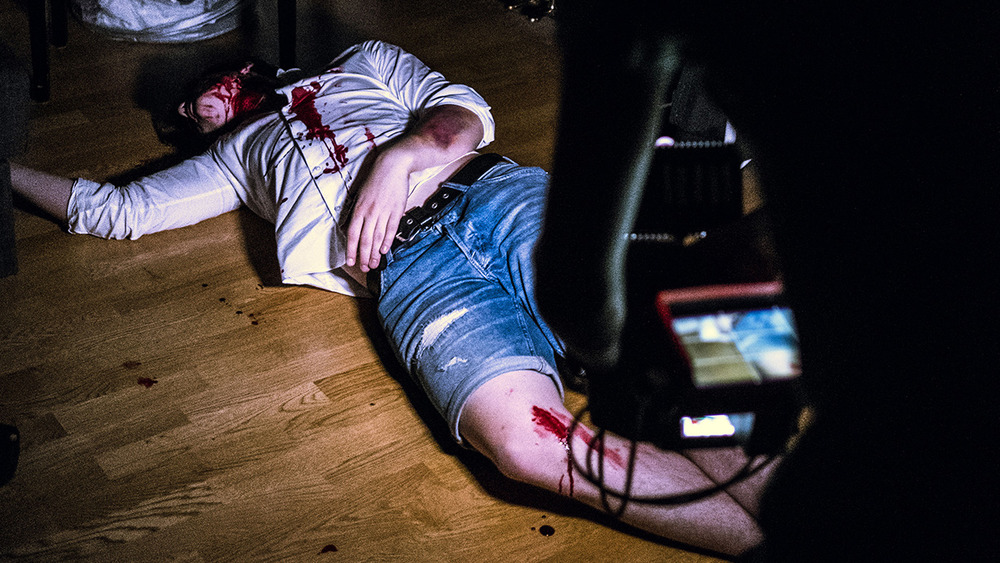 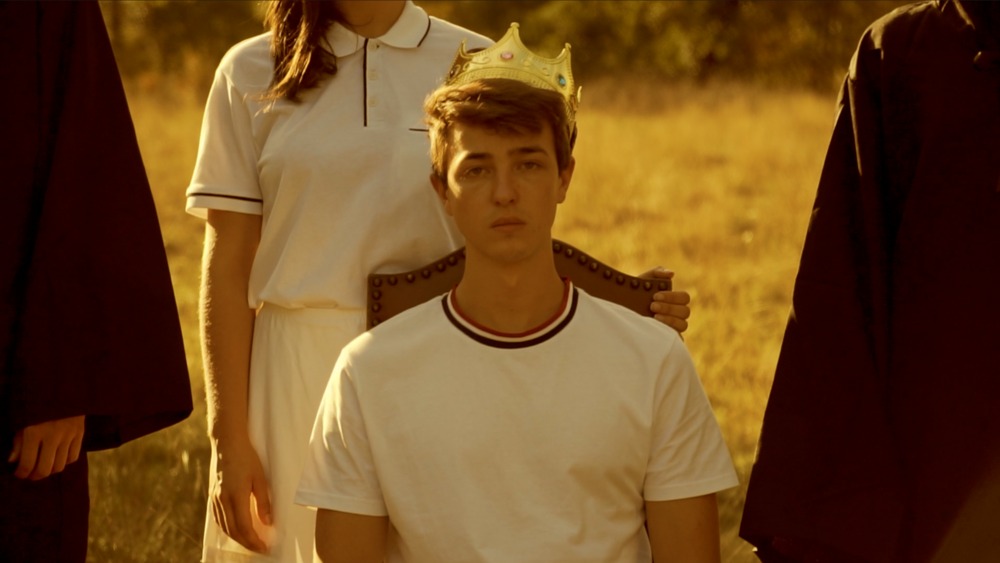 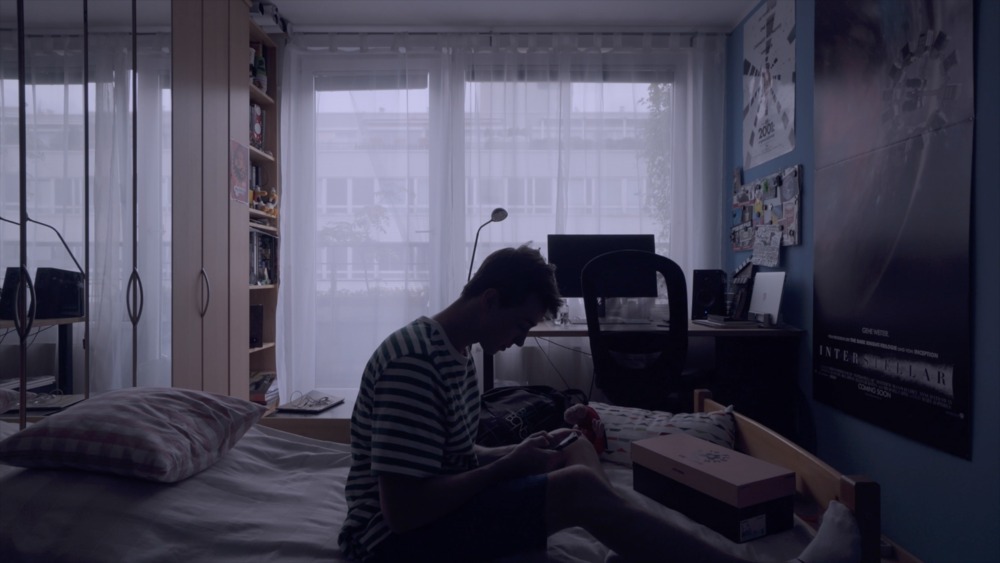 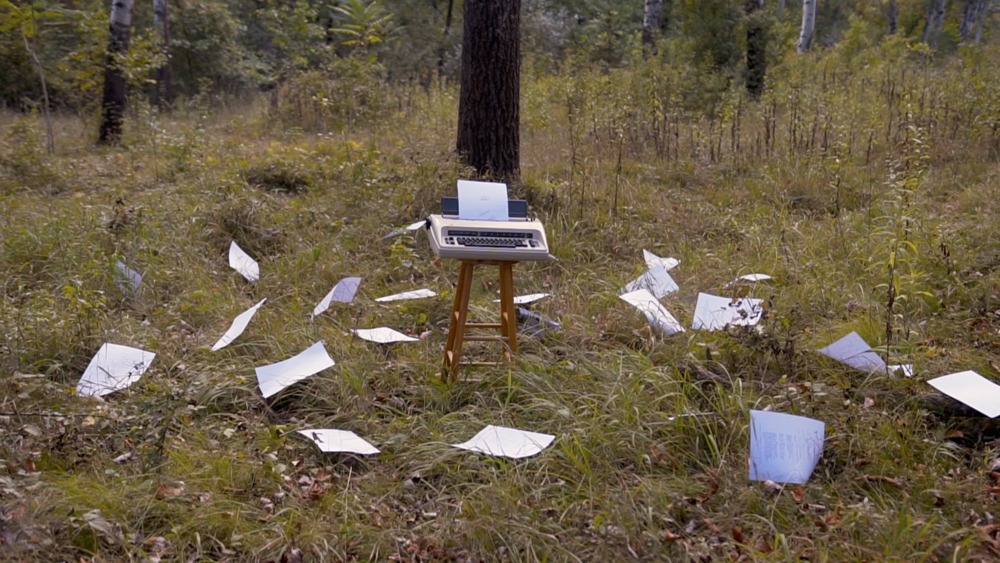 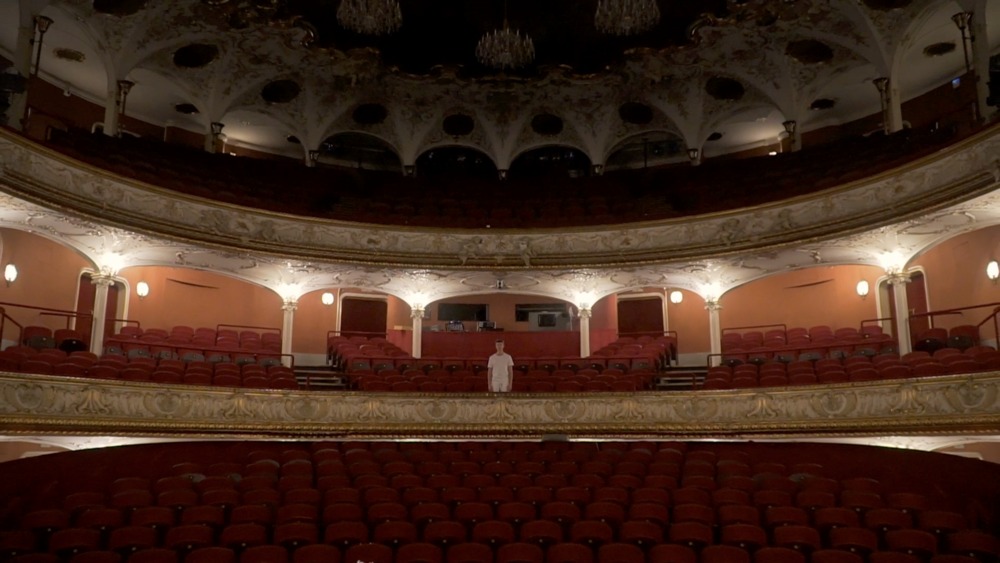 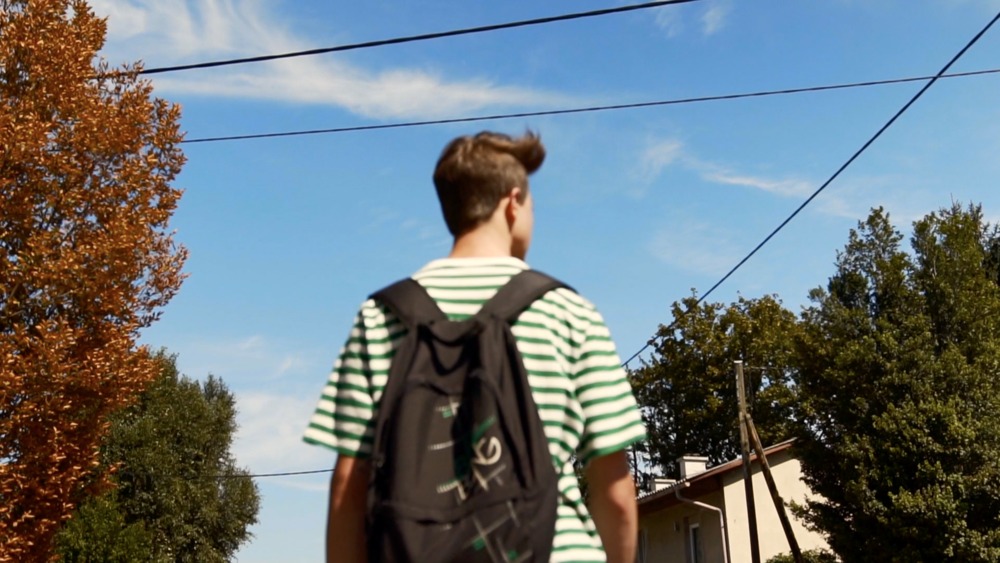 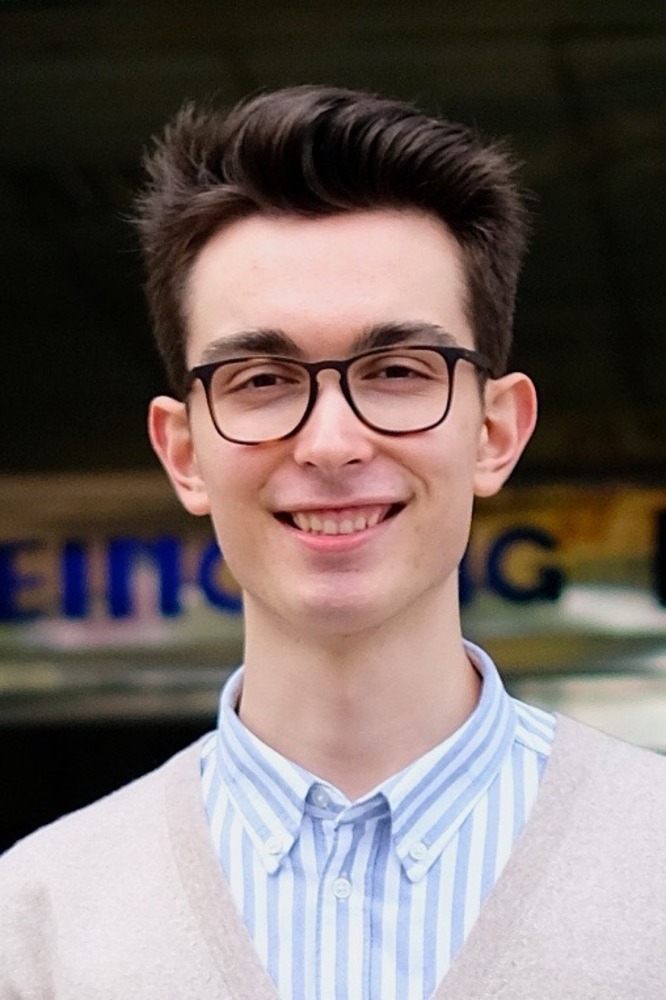 Original: kuenstlerportrait_alex_lazarov.jpg | 508 * 763px | 127.2 KB | kuenstlerportrait_alex_lazarov.jpg
*DSCHUNGEL* (“Jungle”) is a web series of five episodes (each about ten minutes long) that describes the last day of summer in the life of various teenagers in Vienna.
There are no boundaries between genres and stylistic influences. Sequences that look like rap music videos; surreal dream scenes underlaid with Orthodox choir music; elements of found-footage thrillers and coming-of-age films like those from the 1980s: all this and more is merged in the web series to create an overall work in which my team and I saw an opportunity to try out as many new things as possible without striving for perfection. The project is a portrait of the Internet generation, a declaration of love to the youth of the twenty-first century and to all the opportunities open to them.
The basic idea behind *DSCHUNGEL* was to create something that would depict my inner way of thinking and the real world in which I live in a unique and honest way. A film can create a space in which these two aspects blend together, and where one can no longer precisely say what is autobiographical and what is invented.
The balance between various perspectives and the specificity of “unspecificity” that results from this were aspects that I very much wanted to incorporate into my film project. The major goal of the undertaking was to try out as many new things as possible, to put together a large team of young people, and to combine different artistic and cultural influences.
I wanted to create a film project that only I could accomplish in order to capture a particular moment in my life—conscious of the fact that one will perhaps never again have the perspective of the world that one has at the very moment as a young person.
Drehbuch, Regie, Schnitt, Produzent/Screenwriter, director, editor, producer: Alex Lazarov
Kameramann/Camera: Stefan Krenn
Produktionsdesign, Kostüme und Maske/Production design, costumes, and masks: Lucy Li, Catherine Hu
Casting- und Produktions-Manager, Regieassistenz/Casting and production manager, assistant director: Daniel Prem
Ton/Sound: Roman Lichtenegger
Musik/Music: Istvan J. Balazs, Jakob Lippert,
Kameraassistenz/Camera assistant: Simon Ulrich
Farbbearbeitung und Produktionsassistenz/Color editing and production assistant: Marin Lazarov
DarstellerInnen/Cast: Alduin Gazquez, Paul Basonga, Gabriel Holzer, Patricia Avram, Emil De Cilia, Isabella Campestrini, Toni Steger, Elena Platon, Florian Mayer, David Dopeheide, Karoline Sachslehner, Lea Stern, Evelyn Preiss, Akeem Julien, Adrian Anton Kaminitschek, Manfred Fuchs, Boris Lazarov

Alex Lazarov (b. 2000) is a young creative artist from Vienna who has been a film enthusiast since his childhood. While still in school, he began shooting his first short films and releasing them on the Internet. In recent years he has produced not only numerous film projects (short films as well as music and advertising videos) but also YouTube videos that describe his creative process and are available on his “Alex Lazarov” channel. He is currently active as a director, screenwriter, editor, producer, photographer, and graphic designer.