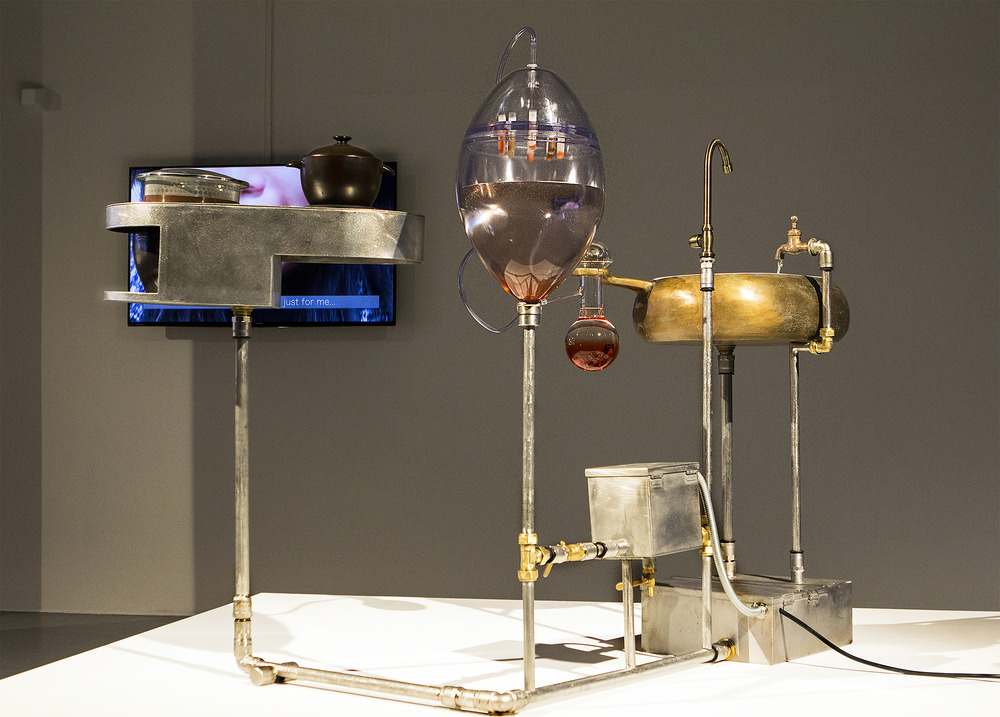 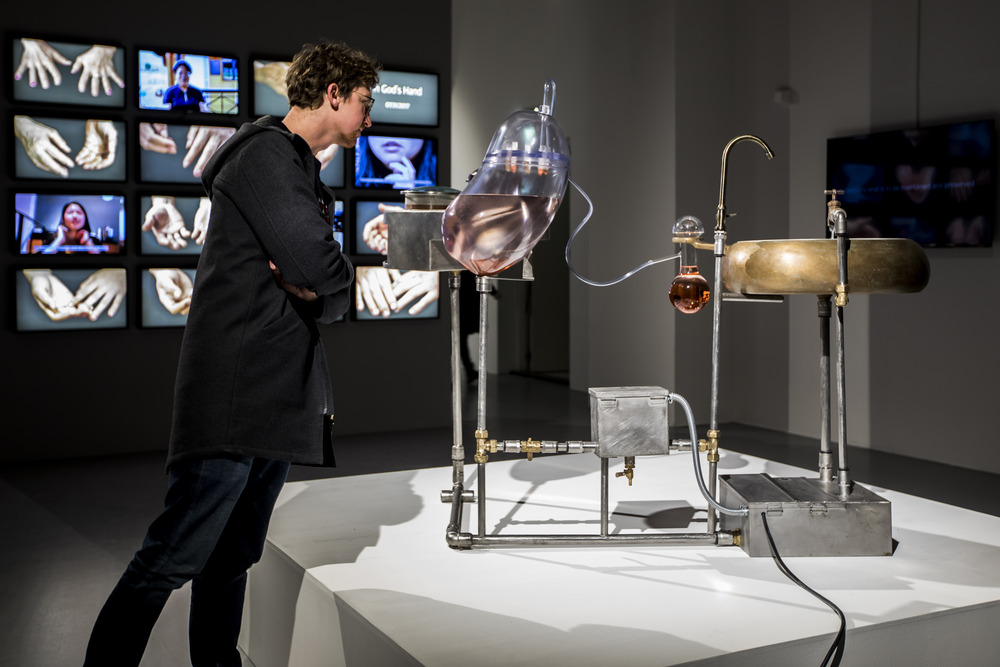 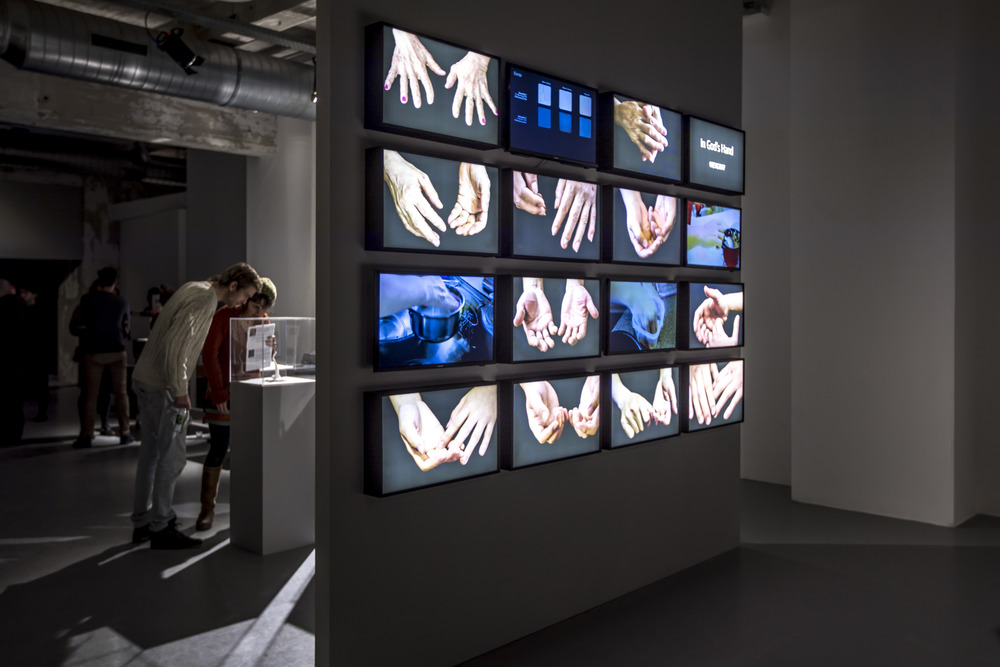 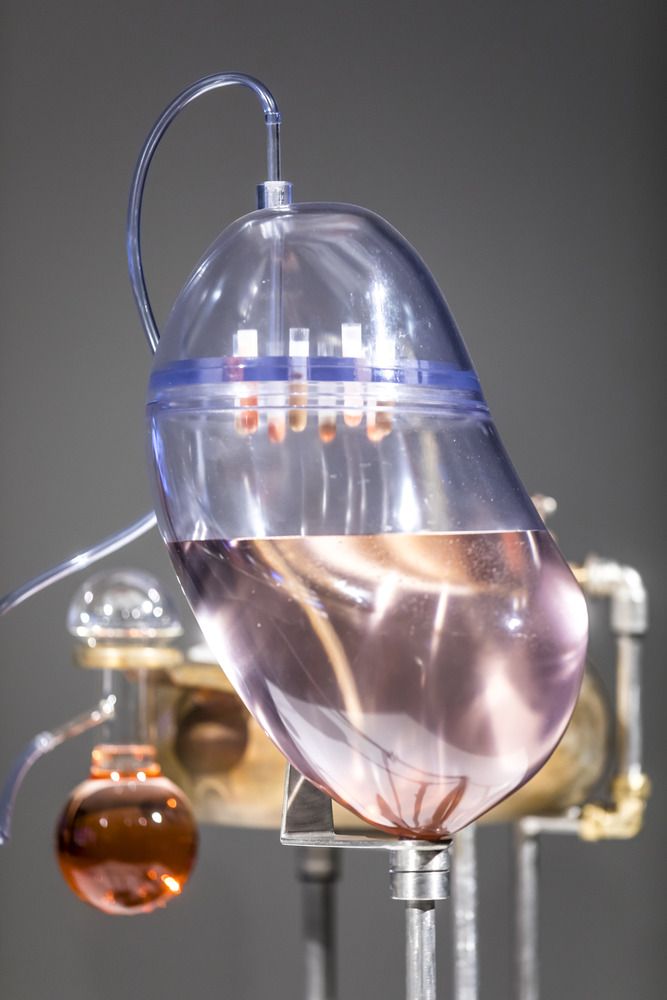 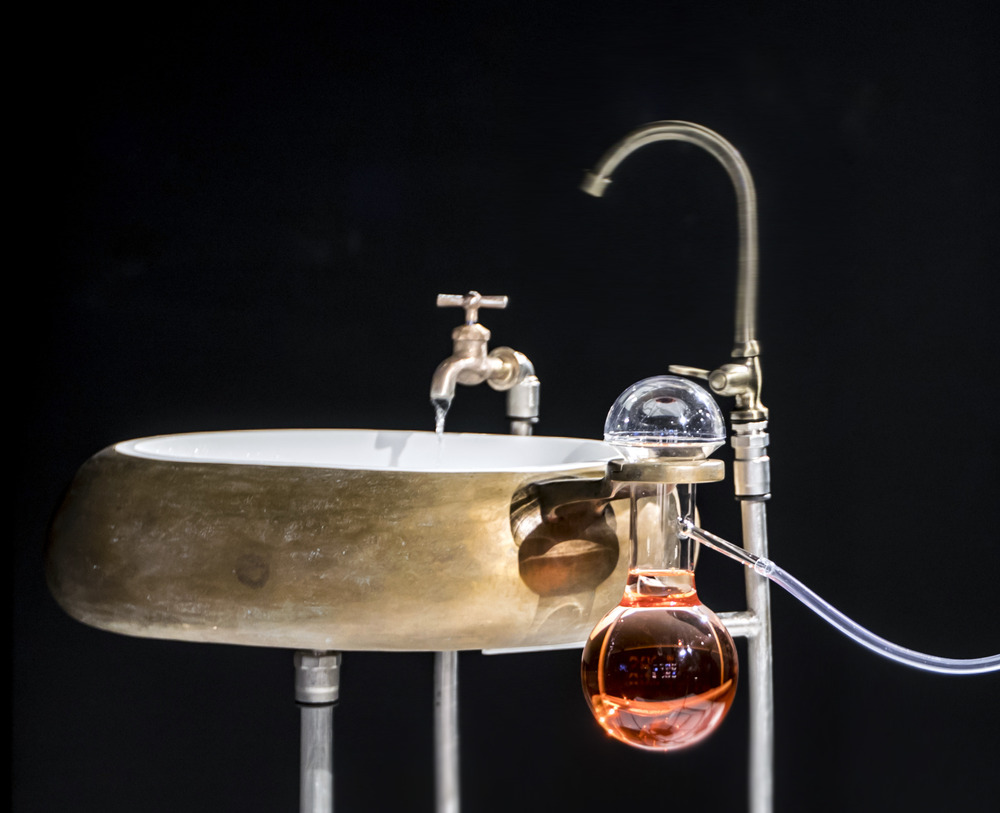 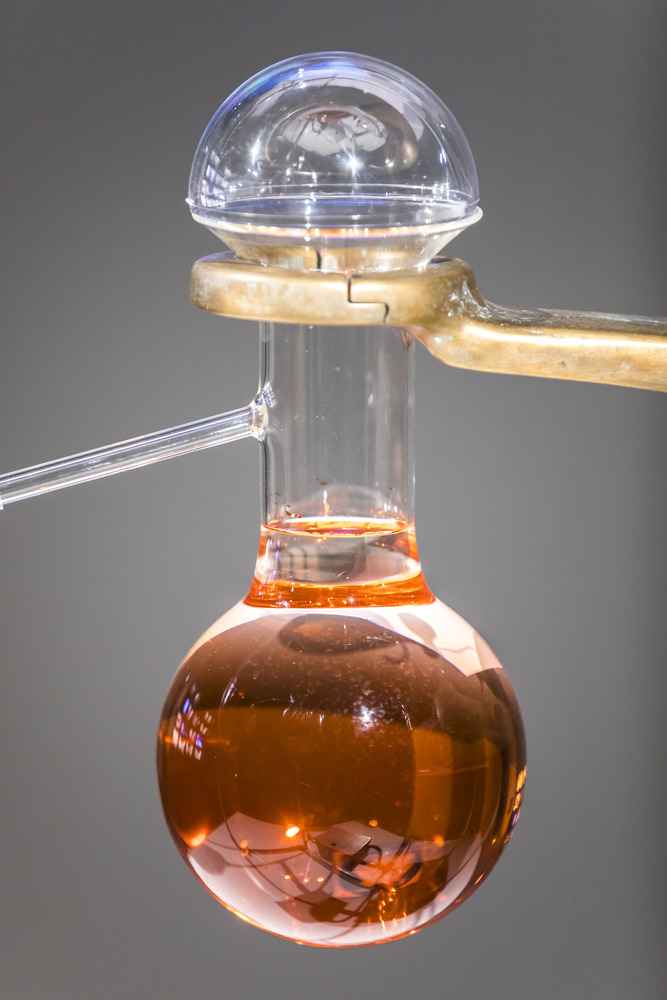 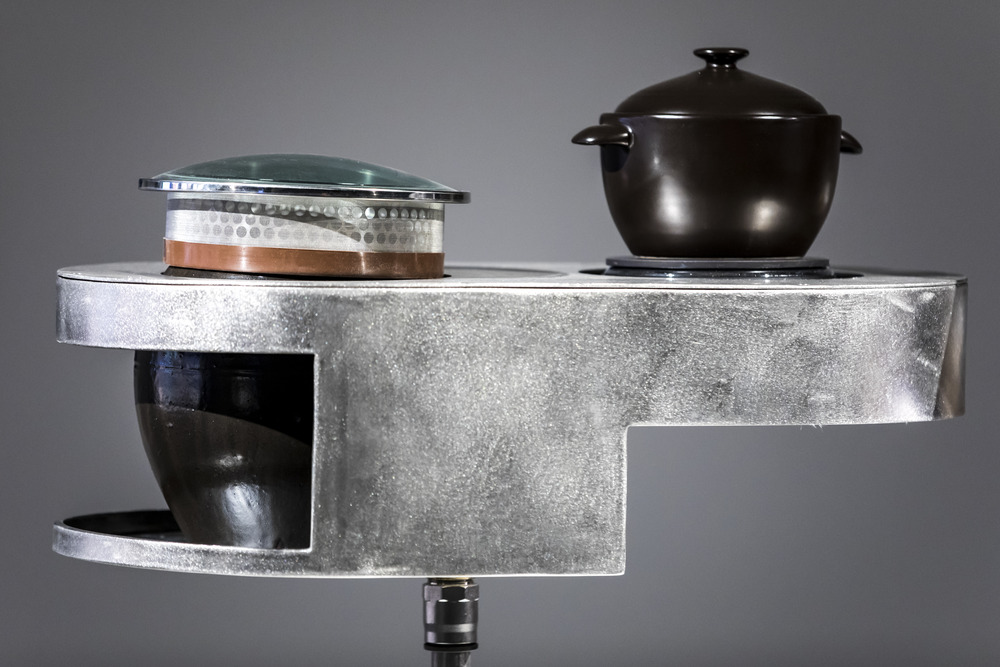 Original: MothersHandTaste7_HennekeWetzer.jpg | 6369 * 4246px | 14.3 MB | MothersHandTaste7_HennekeWetzer.jpg
*Mother’s Hand Taste* (Son-mat) explores the complex relationships between the inheritance of culinary culture, genealogical heritage, microbiology, immigration, and notions of a ‘transient self.’ Through *Mother’s Hand Taste* (Son-mat) Woo questions that various yeasts living on our hand skin must influence the process of fermentation and the taste of food. The project emphasizes the notion of inheritance, not only to psychological and cultural core, but also to the microbes that inhabit our bodies.

*Mother’s Hand Taste* (Son-mat) involved social research, laboratory work, computational design, and additive manufacturing technology. Its main outcome is the creation of a conceptual and mechanical object aimed at capturing, storing, and growing one’s own Son-mat–specifically, to be used in the brewing of the traditional Korean fermented rice wine, *makgeolli*.

The Korean term Son-mat, literally translates into “hand taste” and it is often used in relation to our “mother’s” dish. Son-mat complements mother’s dish, implies that the dish has a genealogy and that mothers have a special, invisible power on their hands that makes the dish so tasty. Woo asks “What is really on our mother’s hands that makes her dish so tasty and unforgettable?”

Woo experiments with the control and development of generational inheritance by visualizing and then bio-fabricating the hand yeast of multi-generational Korean family members across 4 historically related locations (Korea, Japan, United States, and the Netherlands), living in 8 different households, a total of 12 participants, whose hand yeast was expressed on more than 300 Petri dishes. By investigating “hand taste” through artistic and scientific means, the project reflects critically on the origins, authenticity, and preservation of cultural heritage. The project not only points to the significance of cultural identity, heritage, and the passing down of experiences, but also emphasizes the importance of science in the context of sociology and culture.
Copyright of whole project: Jiwon Woo
Support received from: Utrecht University, Department of Microbiology, Professor Han Wösten
Jiwon Woo (KR) is a multidisciplinary artist, designer, and researcher. Woo investigates new biologically designed materials and fabrication methods derived from nature and the human body. Woo holds an MFA from the University of Pennsylvania with a focus on Bio Art and Design and an MBA from Yonsei University (Seoul, Korea) with a focus on International Management. She earned her BA from Wellesley College in Media Arts and Computer Sciences. Woo’s work has been exhibited at the Victoria and Albert Museum, the London Design Festival 2018, and more. She is the winner of the 2017 Bio Art and Design Award in the Netherlands. In 2018 she worked as a biodesigner at the MIT Design Lab.