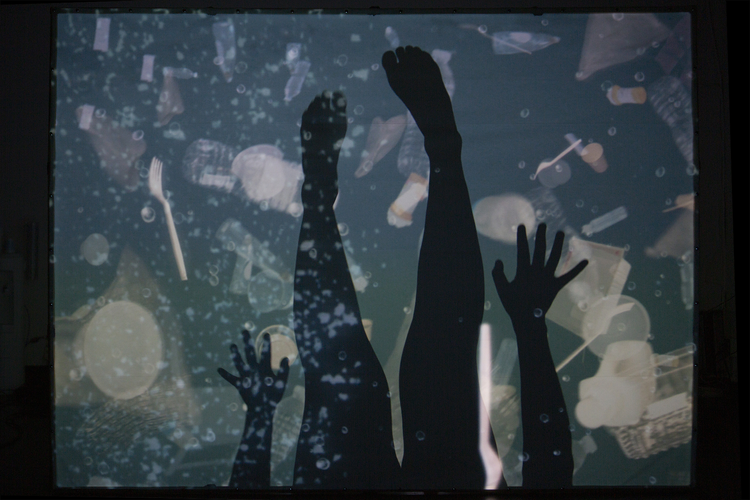 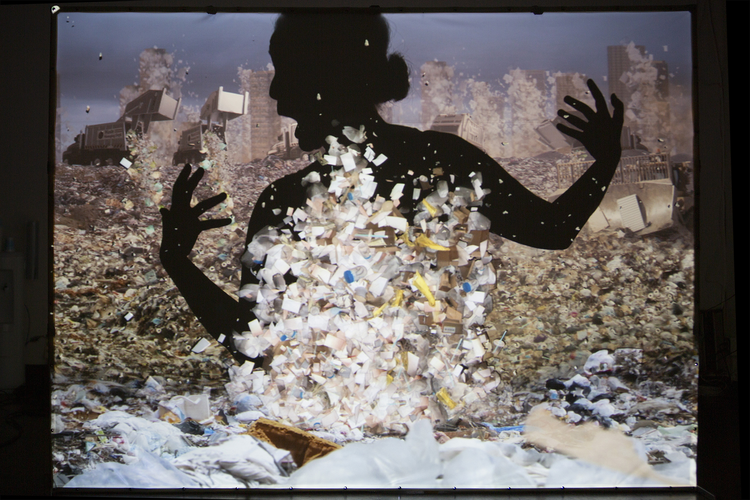 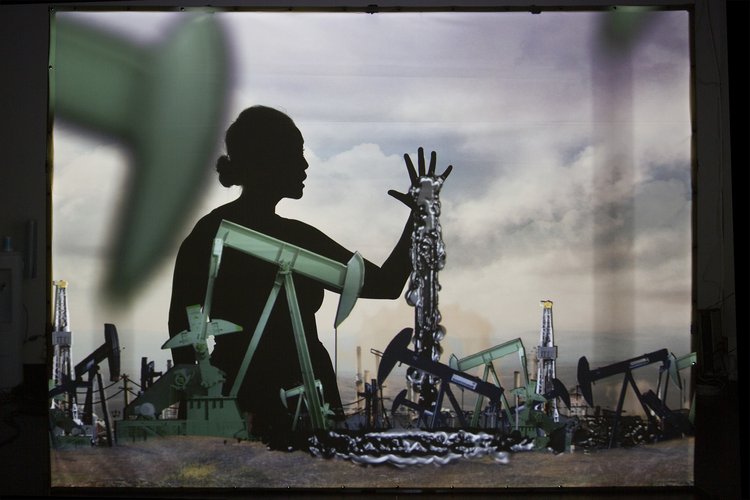 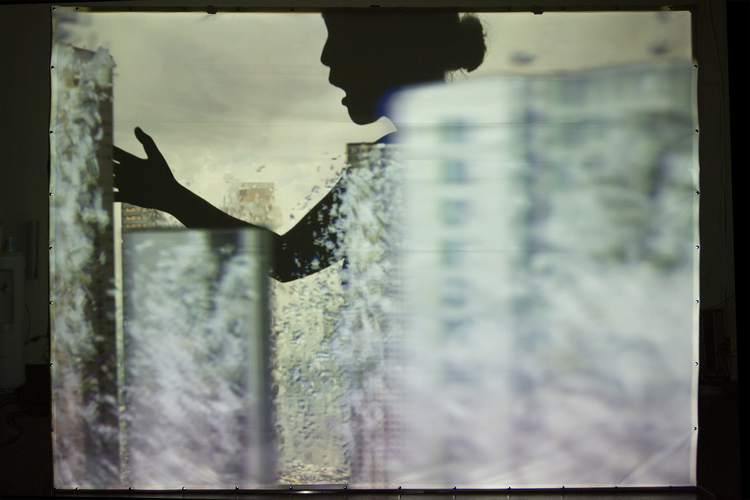 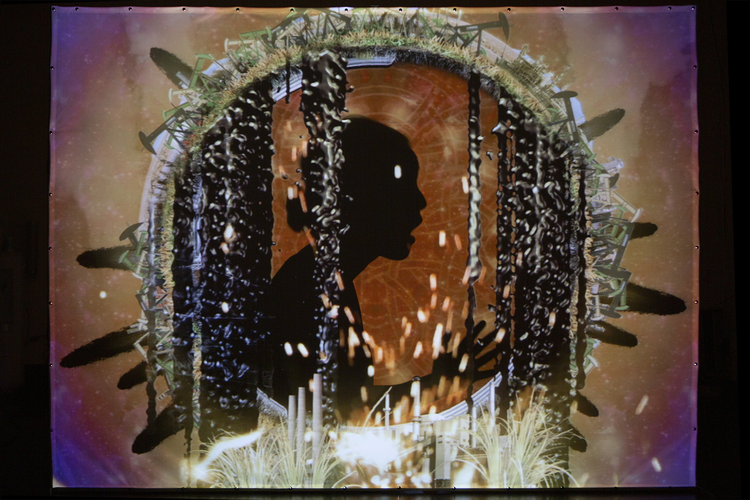 Original: sm_InfinitelyYours_MiwaMatreyek_photocredit_KeidaMascaro_trashearth01.jpg | 2000 * 2000px | 2.2 MB | Keida Mascaro
I tell stories about the world of humanity and nature through performed metaphorical experiences. I want my work to be a catalyst for conversation, addressing current events and challenging the viewer to see the world differently and emotionally through symbolic images.

Infinitely Yours is the fourth in my series of solo work that mixes animation and live performance, involving a screen, layered projected animation, and a live performer (myself) as a shadow silhouette from behind the screen. The piece is 25 minutes long and falls into the interdisciplinary realms of animation and theater. It is a staged live performance at the intersection of tech and hand-made, the fantastical and physical, in a form of storytelling that feels uncanny and visceral.

Infinitely Yours is a kaleidoscopic interpretation of the increasingly alarming headlines from the last 4-5 years: destructive weather, floods and droughts, extraction and pollution, and our worry about an uncertain future. How can I show the invisible systems that hold up our globalized world, and peel back the layers of what a planet with 8 billion people feels like? My work attempts to dig at our collective complicity with the larger destruction happening by proxy of our everyday comforts… and the complex nature of that in our contemporary society.

The piece features a single silhouette figure in shadow who morphs through scales and points of view--from one individual, to all of humanity, to the earth itself, switching at a turn from scene to scene. These levels of consciousness are at odds, creating and destroying each other and the worlds around them, as I take the audience on an emotional journey to see
perspectives beyond their own. The Shadow is an interesting medium. As a live performer, I am physically there but obscured, uniquely myself but also reduced to a symbol of a person, and as the show unfolds, my silhouette becomes a vessel for the audience to consider the nightmarish world I present. I wanted the moments and experiences of climate change to look like they directly affect my body, as I drown in an ocean full of plastics, rise and fall with the city, and choke on smog. As humans continue to push the world toward the tipping point of climate change, my work attempts to navigate the shifting realities of the Anthropocene through embodied imagery. The average American produces about 2 kg of trash a day, or 940 kg of trash a year: what does that look like and feel like, if it all were to literally pour out of a body in one moment?

I come from a background in collage and animation. I use photoshop and aftereffects to build visually rich collaged and composited worlds. A good portion of the images in this piece came from my life. The pouring and floating trash in the animation is built out of footage of garbage pulled from the recycling bin of my apartment building. The oil field is built from footage of one I saw while on a road trip through central California.

It has been interesting that in the process of making this piece and after, there are scenes that continue to feel relevant to unfolding world events. The opening scene with the forest fire I first imagined after the wildfires in California, but it felt relevant again and again with the Amazon Rainforest fires, then the fires in Australia.
Creation and performance: Miwa Matreyek
All music tracks: Morgan Sorne
Documentation stills: Keida Mascaro
This project is supported by a 2019 Princess Grace Foundation Special Projects Grant
Miwa Matreyek (US) is an animator, designer, and performer based in Los Angeles. Coming from a background in animation, Matreyek creates live, staged performances where she interacts with her kaleidoscopic moving images as a shadow silhouette, in a dreamlike visual space that makes invisible worlds visible. Her work often weaves surreal and poetic narratives of conflict between humanity and nature. She performs her interdisciplinary shadow performances all around the world, including animation/film festivals, theater/performance festivals, art museums, science museums, universities, and tech conferences. A few past presentations include TEDGlobal, New Frontier at Sundance Film Festival (2011, 2014, 2020), MOMA, SFMoMA, Future of Storytelling conference, ISEA conference, and many more.
Links: http://www.semihemisphere.com/#/infinitelyyours/