Be Water by Hong Kongers 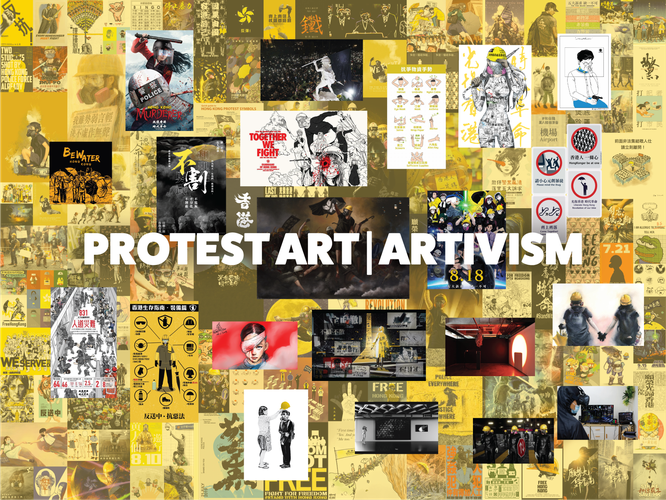 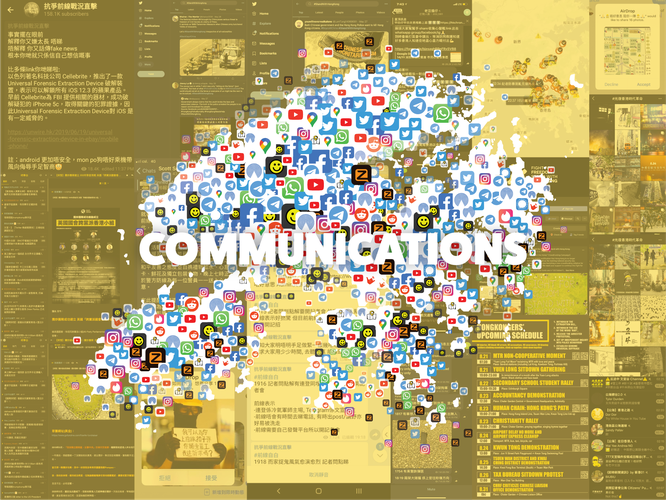 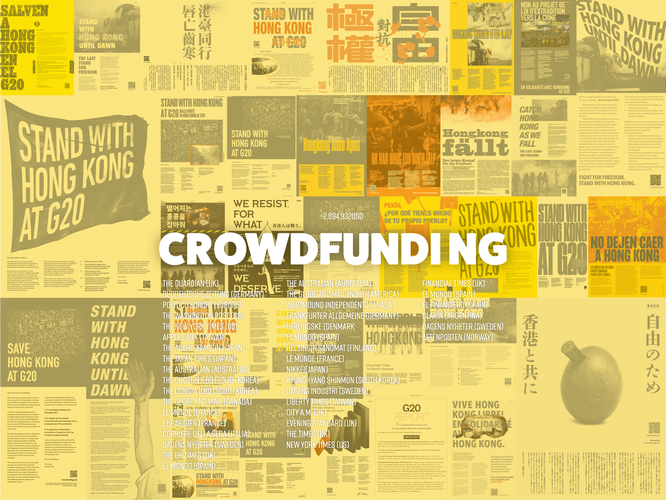 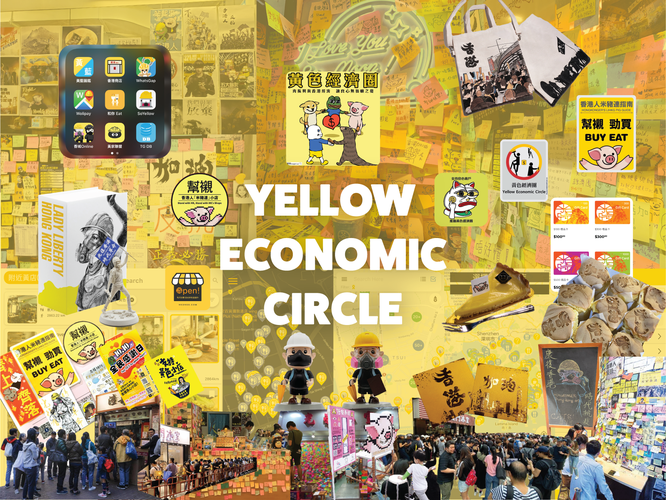 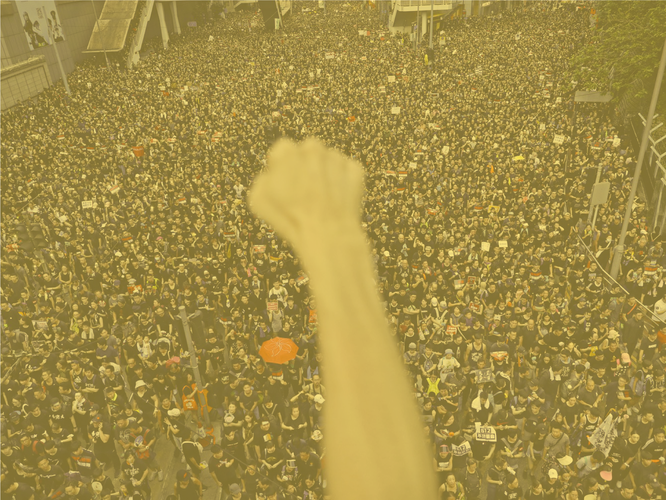 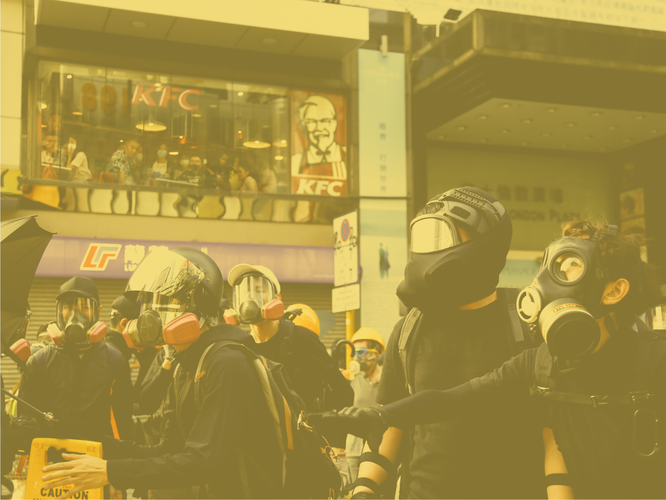 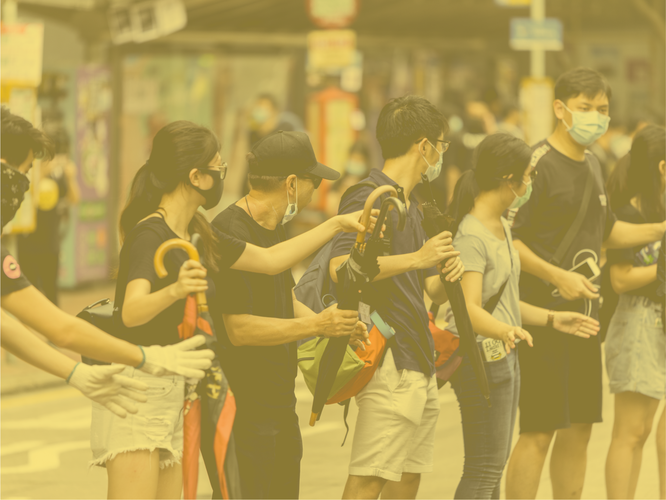 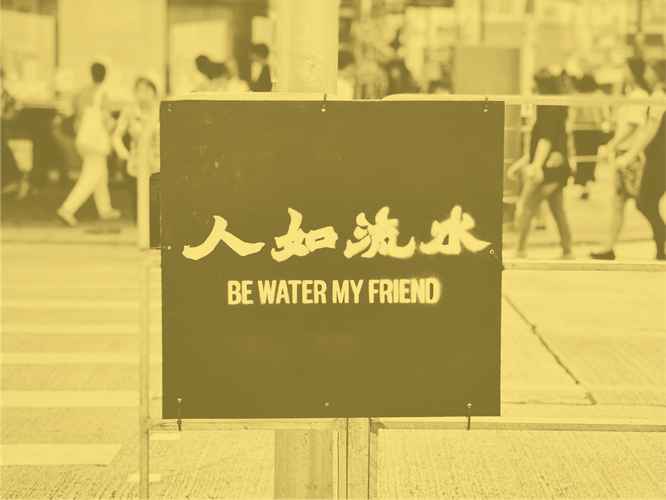 "Be Water" is a famous saying of martial arts star Bruce Lee: to be shapeless, formless, and able to adapt to any situation. This philosophy has recently been embraced by the protest movement in Hong Kong. The latest wave of protests began in 2019 in response to an extradition bill that threatened the territory's judicial independence. The protests have now become a case study in the use of digital activism to safeguard democratic freedoms.

Hong Kong, a former British colony, was returned to mainland China in 1997. Since then, Hong Kong has been governed by the constitutional principle of "One Country, Two Systems." Under this principle, Hong Kong continued to have its own governmental systems and legal, economic, and financial affairs, including trade relations with other countries, all of which are independent from those of mainland China. However, the interpretation of this principle has occasionally caused tensions to erupt.

In the summer of 2019, 22 years after the handover, a tremendous political movement emerged to protest an extradition bill that would allow criminal suspects to be extradited to mainland China under certain circumstances. Dissenting voices claimed this would risk exposing citizens to unfair trials and treatment, further eroding political freedoms in Hong Kong. Hundreds of thousands of Hong Kongers (as they now refer to themselves) took to the streets, and weeks of protests and civil disobedience followed, which helped to bring the movement to global attention. While the controversial bill was withdrawn in September 2019, the movement doesn't stop but continues with a broader set of demands, including a full inquiry into alleged police brutality.

Digital technology plays a key role in the whole movement, and the use of technology is creative, innovative, and pervasive. Digital community functions range from front-line support and crowdsourcing campaigns to protest art, social media (fact-checking and reporting), online petitions, political education, and so on. Protesters use multiple platforms including live- streaming, forums and apps, e-commerce, websites, music, and whatever else seems appropriate in the moment, a perfect expression of the "Be Water" philosophy. The protest movement is leaderless, and this decentralization results in massive online and organic tactics using platforms like LIHKG--a local, lo-fi version of Reddit where users can communicate and vote on posts-- or AirDrop to share campaign messages. The protests have unleashed a wave of digital activism in which everything is new and creative.

We submit this project not as artists but as messengers. Our agenda is to collect examples of digital excellence from within the protest movement and generalize them into one discourse of "digital community." Hong Kongers have set new standards of digital activism, the lessons of which must be shared. "Be Water" is their guiding philosophy, just as in the Chinese classical text Tao Te Ching by Lao Tzu, the highest good is like water. As messengers and Hong Kong citizens ourselves, we document the past and present, credit the Hong Kong protesters, and hope to bring Hong Kongers to the center of art, technology, and society and provoke a much-needed dialogue about how digital culture shapes our practice of civic responsibility now and in the future.
Source
New Statesman/ “Be Water!”: seven tactics that are winning Hong Kong’s democracy revolution
www.newstatesman.com/world/2019/08/be-water-seven-tactics-are-winning-hong-kongs-democracy-revolution
Wikipedia: One country, two systems
https://en.wikipedia.org/wiki/One_country,_two_systems
Taylor & Francis Online: A Report of the 2019 Hong Kong Protests
https://www.tandfonline.com/doi/full/10.1080/03068374.2019.1672397
BBC: The Hong Kong protests explained in 100 and 500 words
https://www.bbc.com/news/world-asia-china-49317695

All Hong Kong protesters involved in the struggle to safeguard democracy
Hong Kong protesters. Since the latest pro-democracy movement erupted in 2019, Hong Kong protesters have been following a strategy called "Be Water." With this philosophy, Hong Kongers have recollected the scattered pieces of hope from the Umbrella Movement in 2014 to imagine a new form of protest. Among their many innovations, Hong Kongers have pursued leaderless organization and digital activism, which have captured the world's attention. To continue their movement, Hong Kongers hope to widen global solidarity and let the "Be Water" current flow to the worlds of art and technology. Eric Siu is a media artist, born and raised in Hong Kong. Joel Kwong is a media art curator, raised and currently based in Hong Kong.