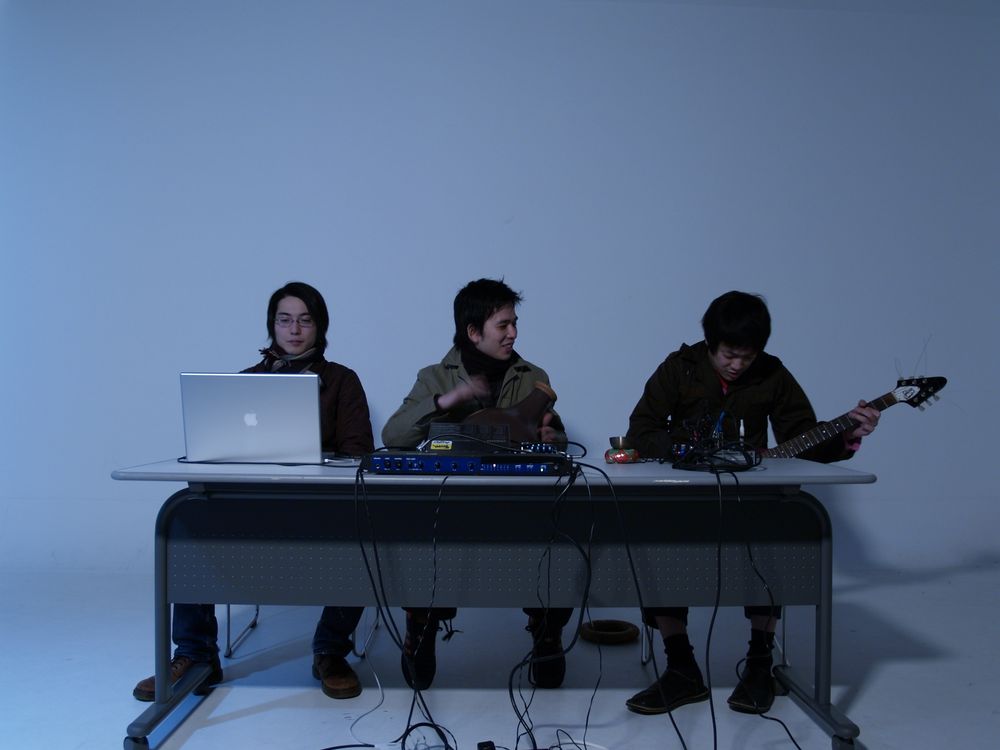 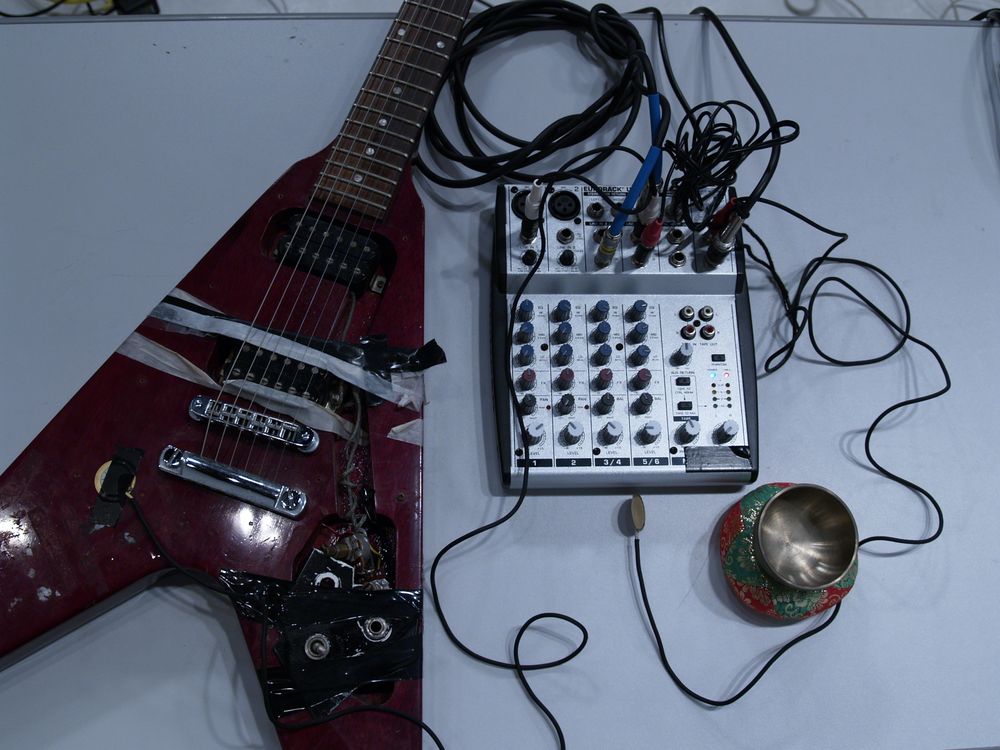 Mimiz tries to establish a new model of the session by an original methodology of communication between players with only a computer. The three players input their performed musical instrument sound stream to a PC that Satoshi Fukushima operates for cutup, decomposition, and effective sound processing. Suzuki and Tobitani each play a musical instrument and cannot hear each other playing sonically. Each player’s audio is thru-putted at the same time, and music is constructed by mixing these output sounds.

This practice style can be referred to as a “parallel session”. On the other hand, in this performance, one player restructures the other two players’ presentations and transforms their combined audio, and the following performance is decided by this particular outputted sound. This “hierarchical session” improves the absoluteness of the approach to the music edited and constructed in real time by not reflecting the player’s singular performance directly in a final output. In a word, if each player doesn't give the approach that urges a common image to the output and constructed music through the sound processing, it usually cannot have a high musical quality as a session and as music. Therefore, this performance can collapse if the player isn’t absorbing this assembled music and doesn’t find an adequate approach.

Mimiz (JP) was formed in 2002. Their works in the past have also presented unique ways of viewing the relationship between technology and the body or the world.