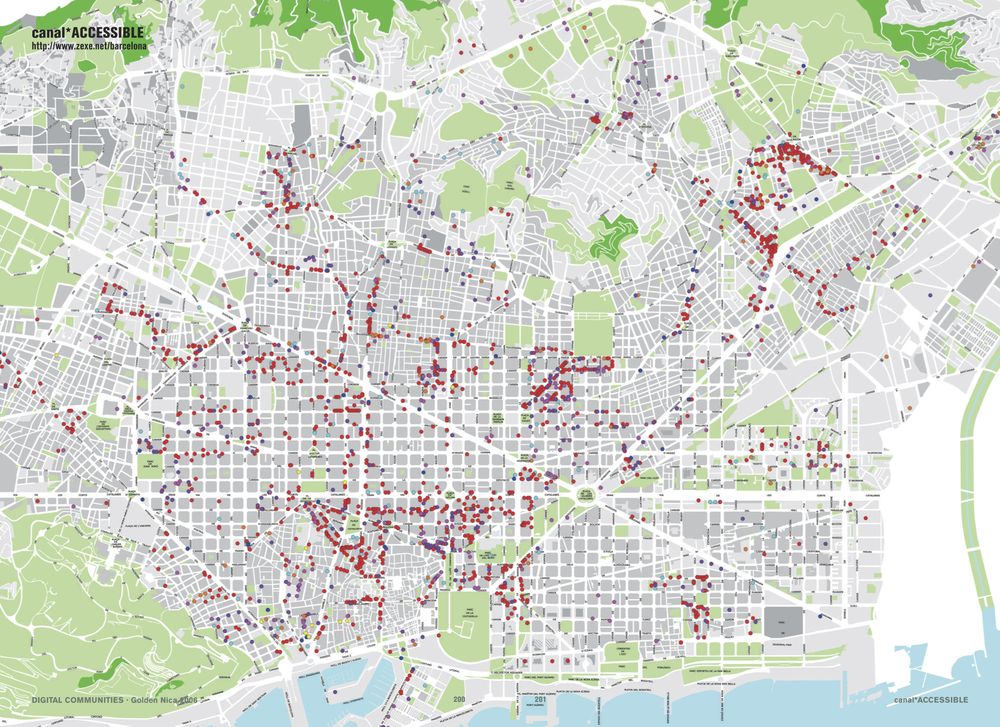 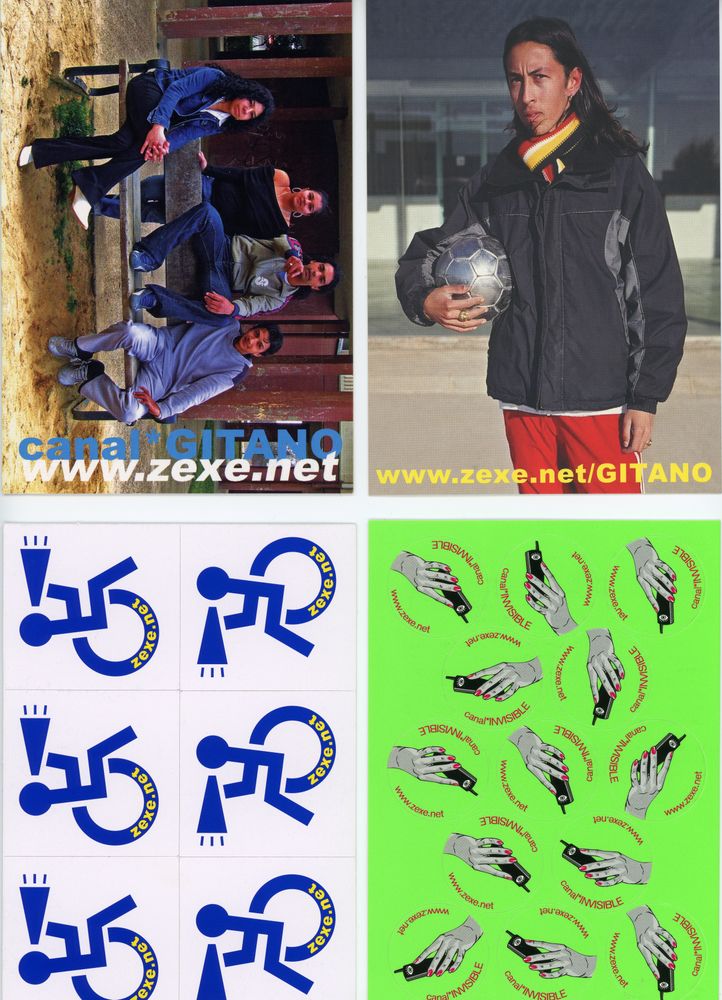 Original: PR_2006_canal_001_o.jpg | 986 * 2728px | 1.9 MB
The projectcanal*ACCESSIBLE enables people with disabilities to create a virtual map of the city of Barcelona on which all places inaccessible to the physically handicapped are marked using multimedia messages (MMS). A group of 40 people with different physical disabilities use mobile phones to photograph and transmit the obstacles they encounter in Barcelona directly to the project’s website.

As a result, discriminated groups are able to make themselves heard and their presence felt. Via mobile communications technology, these groups can directly make their concerns public on the Internet, independently of the prevailing mass media which tend to present their own views of things. The individuals affected can speak their minds and formulate their expectations. In the beginning, these groups found it hard to articulate their interests and contents, as they were not used to people listening to them. Bit by bit all the groups began to examine exactly those issues that concerned them most.

At meetings held at regular intervals, programs were unanimously agreed upon. Next individual editorial groups were formed and the subjects or interests affecting them formulated and published. These contributions often turned out to reflect the society surrounding them. Repeatedly the project also had to be adapted to the specific communication needs of the individual groups. For example, the program of canal*ACCESSIBLE itself had to be adapted so that each time an obstacle was referred to, a map of the neighbourhood would be integrated into the site at that point. Existing programs also need to be analyzed and decisions made about creating new ones. Exemplary here is canal*SI which was developed to allow project participants also report about positive, barrier-free instances of accessibility. Since December 2005, 3578 architectural barriers or other obstacles have been categorized, documented and posted online—steps, stairs, curbs, in public transport, lavatories, or at other sites with little sense of public responsibility, as well as instances of adaptations made without the disabled in mind. The cases transmitted to the website are geospecific, which means that every image is posted at its corresponding location on the city map. All these entries are also accompanied by spoken or written commentary.