STARTS is an initiative of the European Commission to foster alliances of technology and artistic practice. As part of this initiative, the STARTS residencies foster pioneering collaborations and the STARTS Prize honors the most inspired results in the field of creativity and innovation at the crossings of science and technology with the arts. STARTS is funded through various schemes provided by the European Commission. 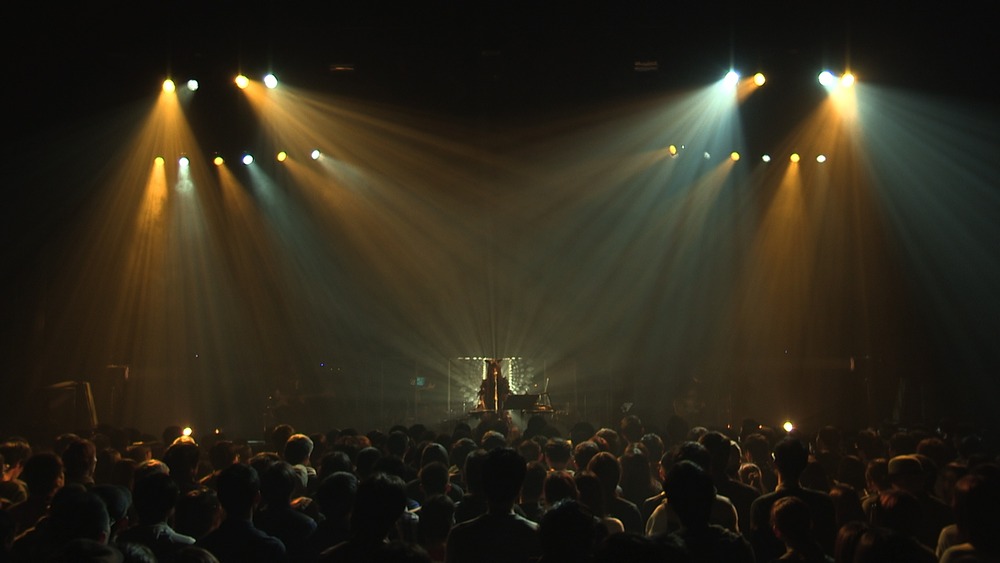 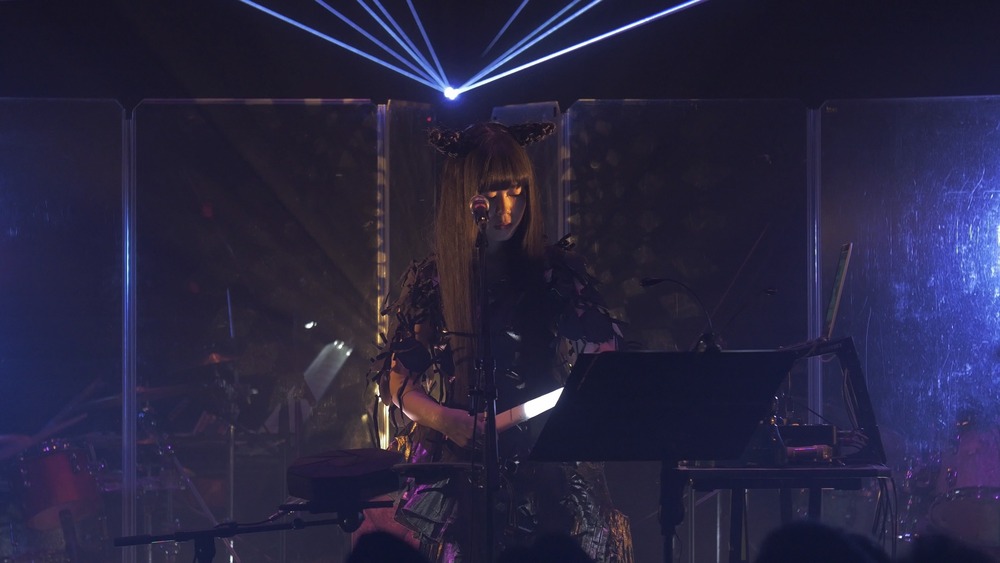 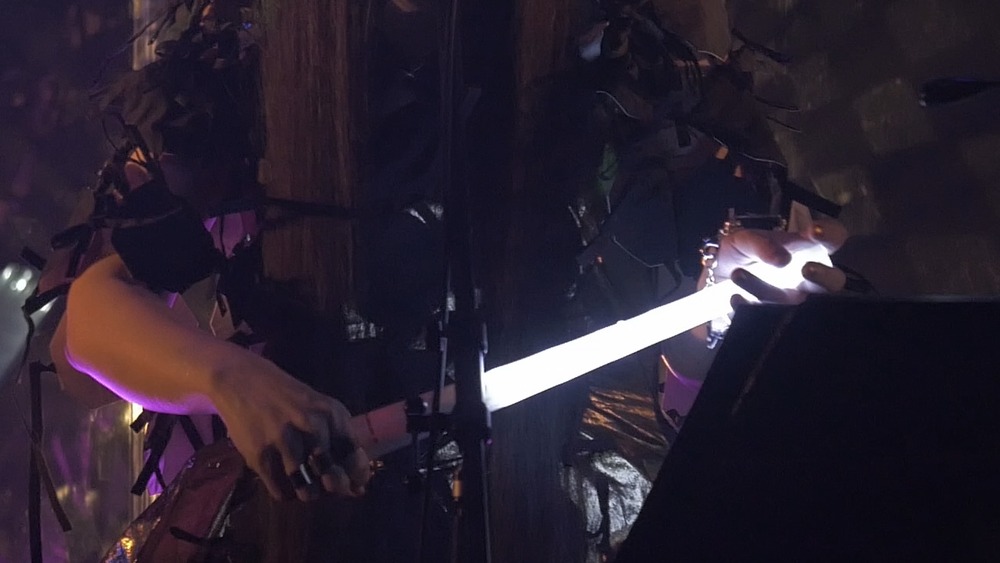 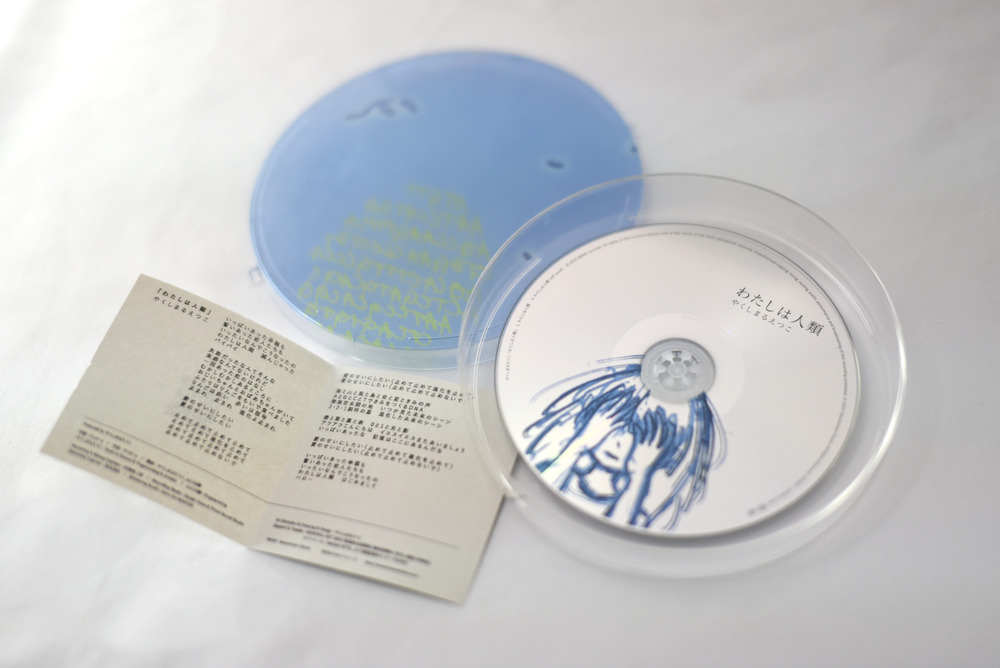 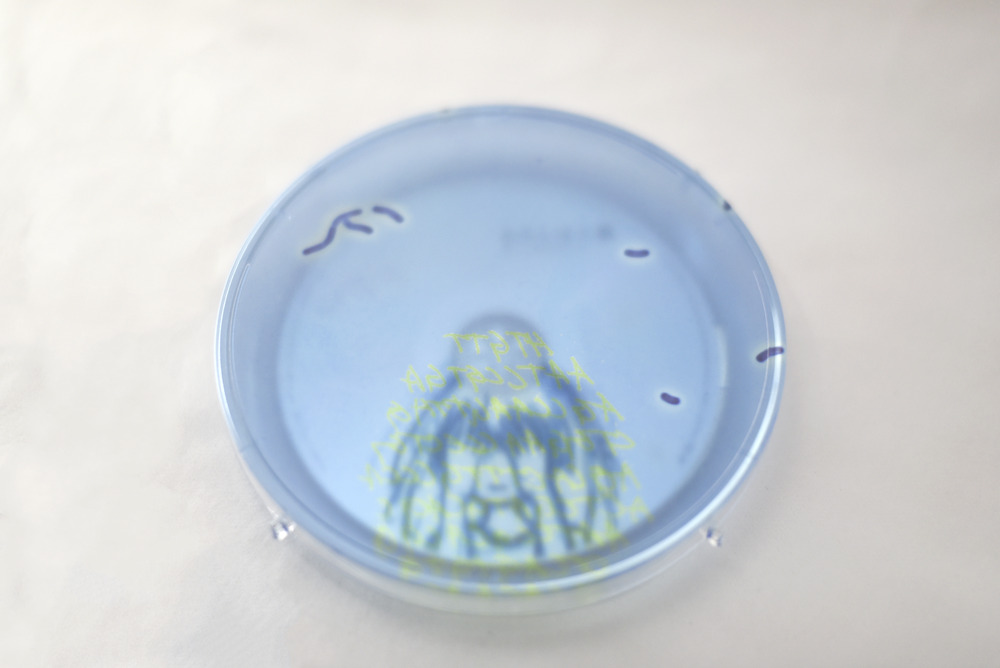 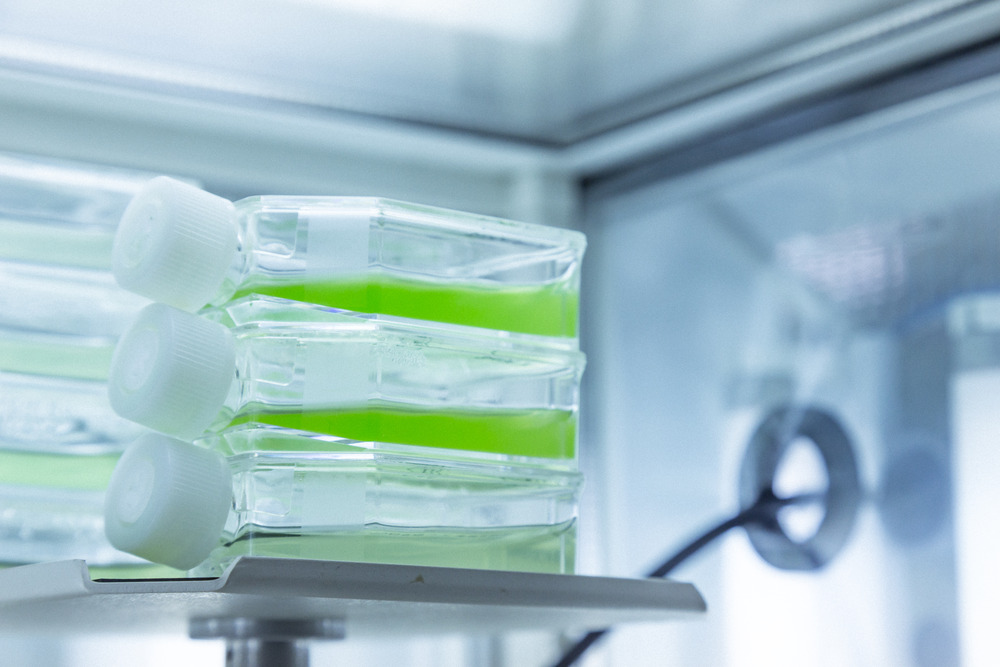 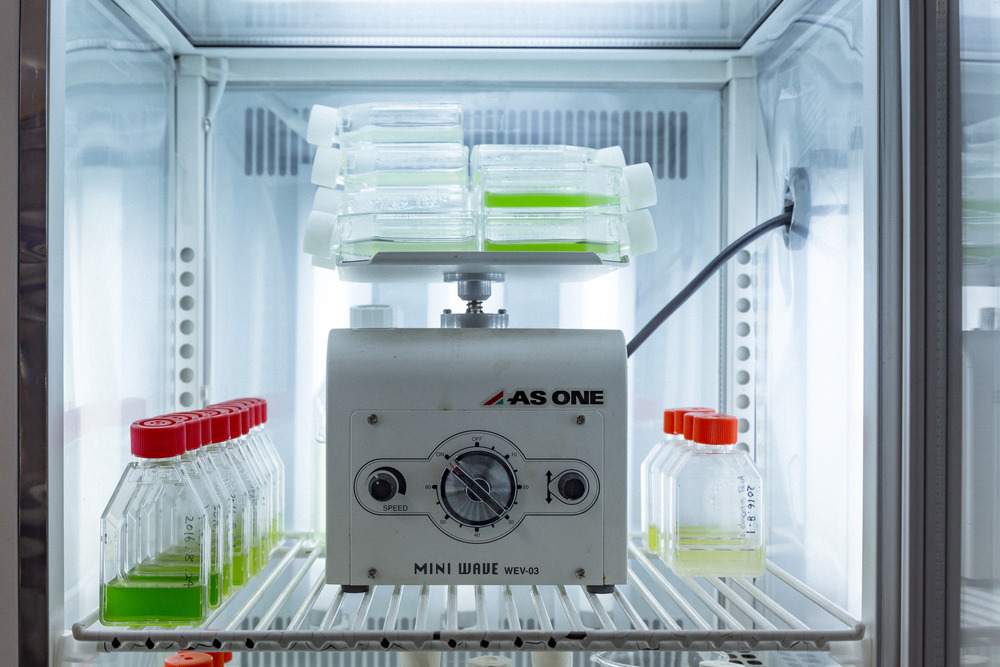 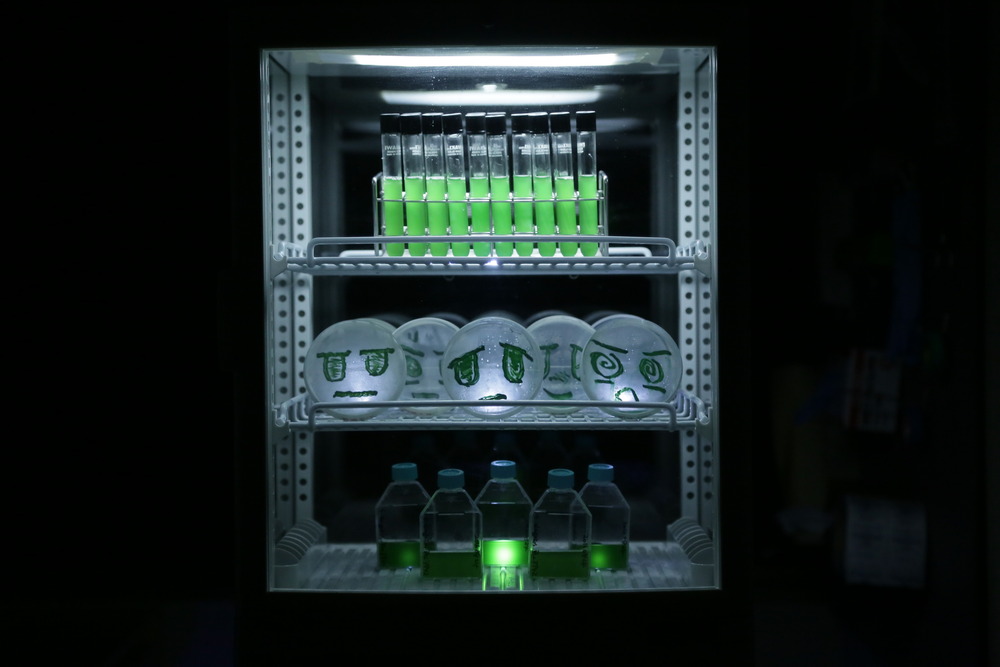 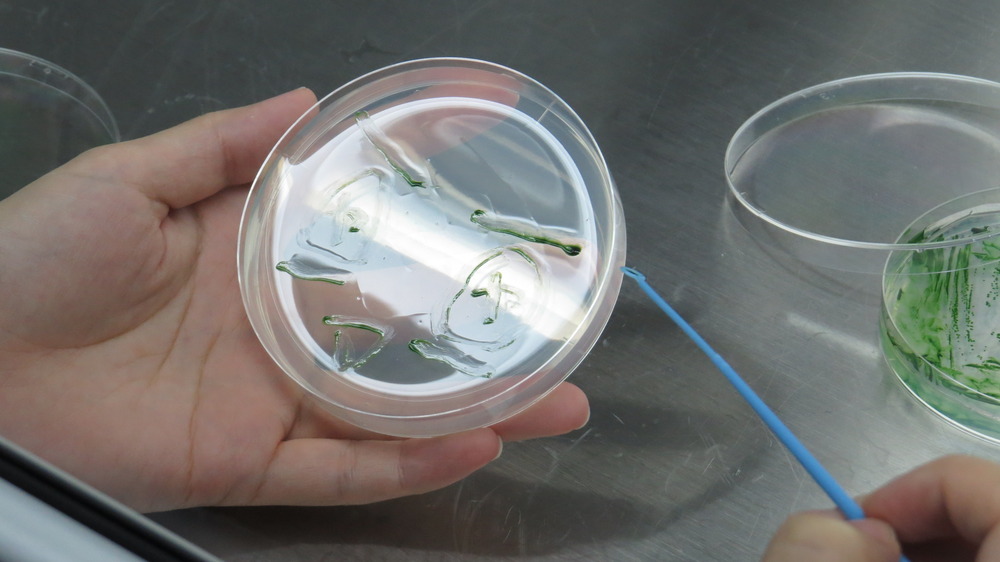 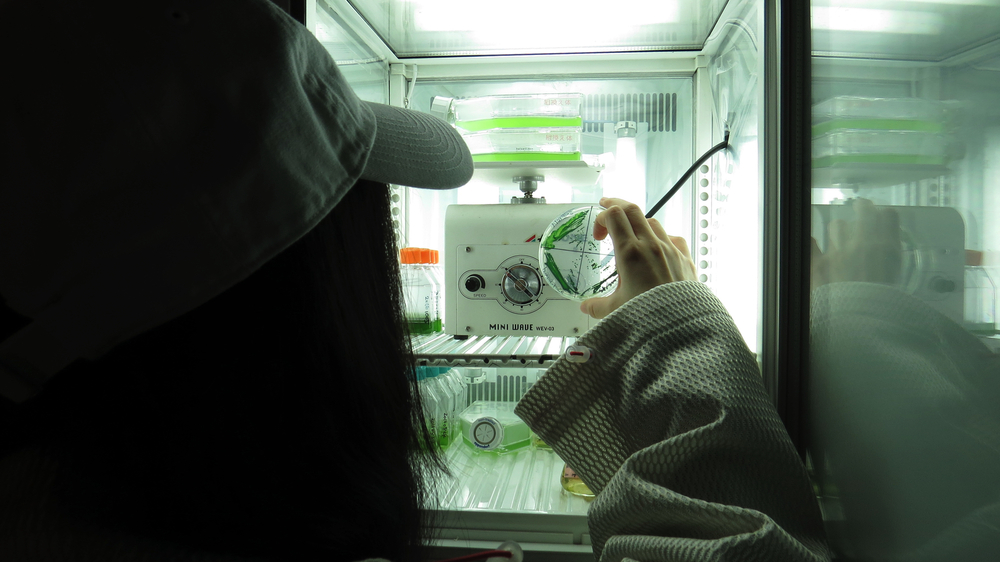 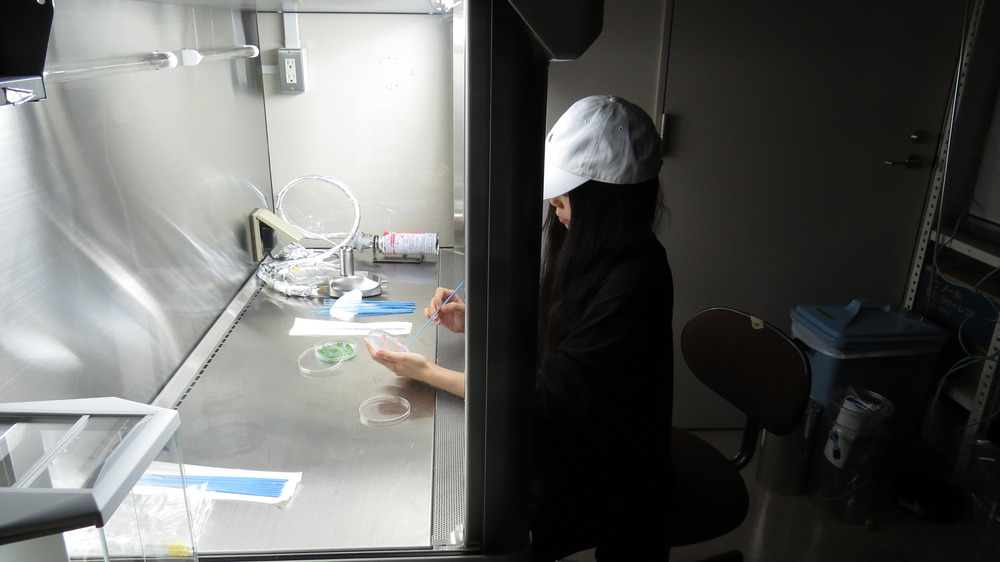 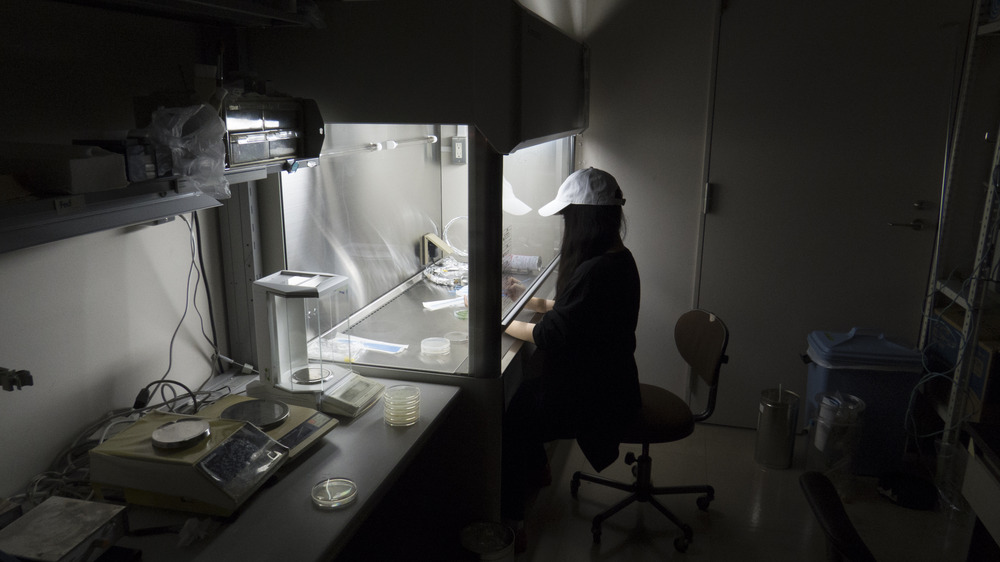 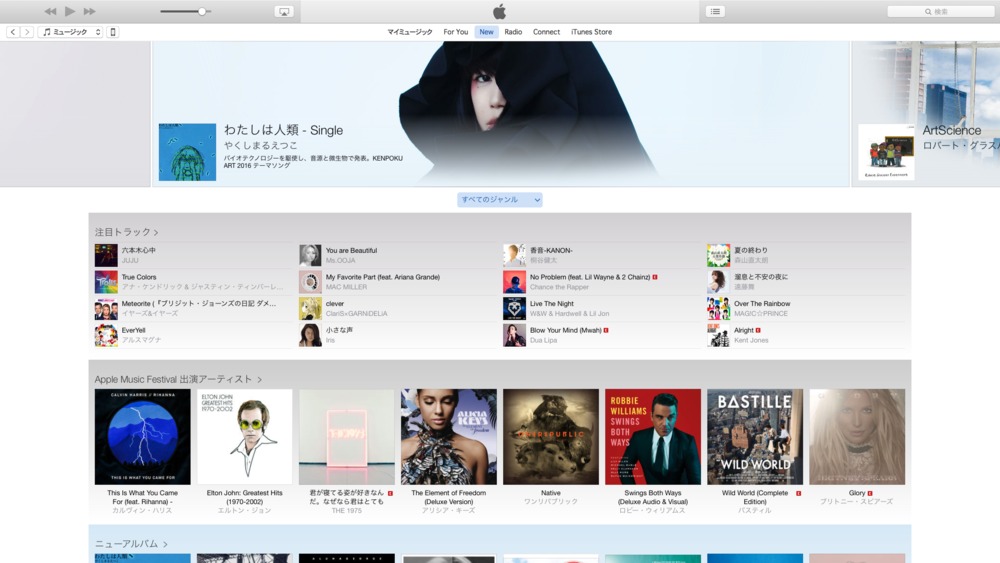 Original: iTunes_TOP_201609.png | 1920 * 1080px | 1.1 MB | “I’m Humanity” on the iTunes top page of September 2016
The project l’m Humanity is based on the concept of “post-humanity music” and explores how new music will be transmitted, recorded, mutated, and diffused whether sung or played via word of mouth, as scores, through radio, records and CDs, or cloud computing. Music travels through space and time, undergoing mutations on its way. The close connection between music and media is like that between transmission and recording, and can be thought of as genes and DNA. As a musician, Yakushimaru has worked in a variety of genres from pop to experimental music and has created various types of artwork such as drawings, installations, pieces that make use of satellite and biometric data, a song-generating robot, original instruments, and more.
In l’m Humanity, Yakushimaru makes pop music with the use of the nucleic acid sequence of Synechococcus, which is a type of cyanobacteria. The musical information is converted into a genetic code, which was used to create a long DNA sequence comprising three connected nucleic acid sequences. The DNA was artificially composited and incorporated into the chromosomes of the microorganism. This genetically-modified microorganism with music in its DNA is able to continuously self-replicate. So even if humanity as we know it becomes extinct, it will live on, waiting for the music within it to be decoded and played by the species that replaces humanity.
When thinking about the lifespan of recording media, for example, CDs are said to last for decades and acid-free paper is said to last for centuries. In comparison, DNA’s lifespan as a recording media is 500 thousand years, physicochemically speaking. Because the lifespan of DNA is so long, it has great potential as a recording media.
On the other hand, it is not rare for nucleic acid sequences to mutate, and naturally this leads to changes in the genetic information. In that respect, in the history of “diffusion of music,” in which “mutation” has also had an important role in addition to “transmission” of information, the uniqueness of the “mutation” of nucleic acid sequences was strikingly similar.
In the lyrics of I’m Humanity, the microorganism I’m Humanity sings “Stop the evolution―don’t stop it.” Although mutation spurs evolution, it also means the changing of a species. Perhaps I’m Humanity is caught between its own evolution and its fear that its evolving could mean the loss of nucleic acid sequences with musical information, which would make it impossible for I’m Humanity to sing the song anymore.
I’m Humanity became the first song in human history to be released in the three formats of “digital music distribution,” “CD,” and “genetically-modified microorganism.” This song, produced with the use of biotechnology, was distributed as pop music and also made it on the Apple Music start page.