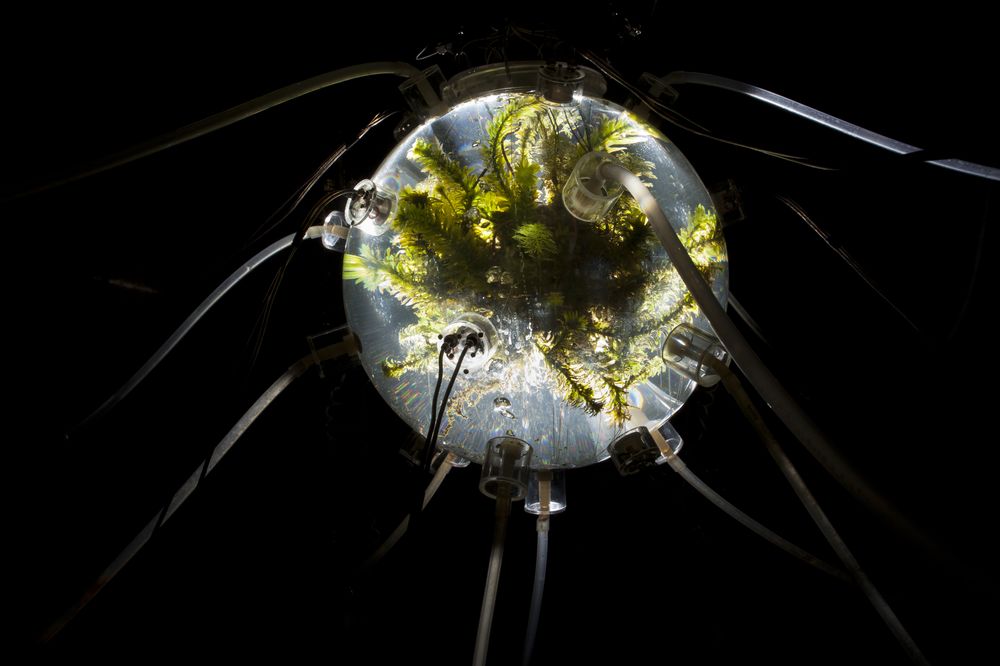 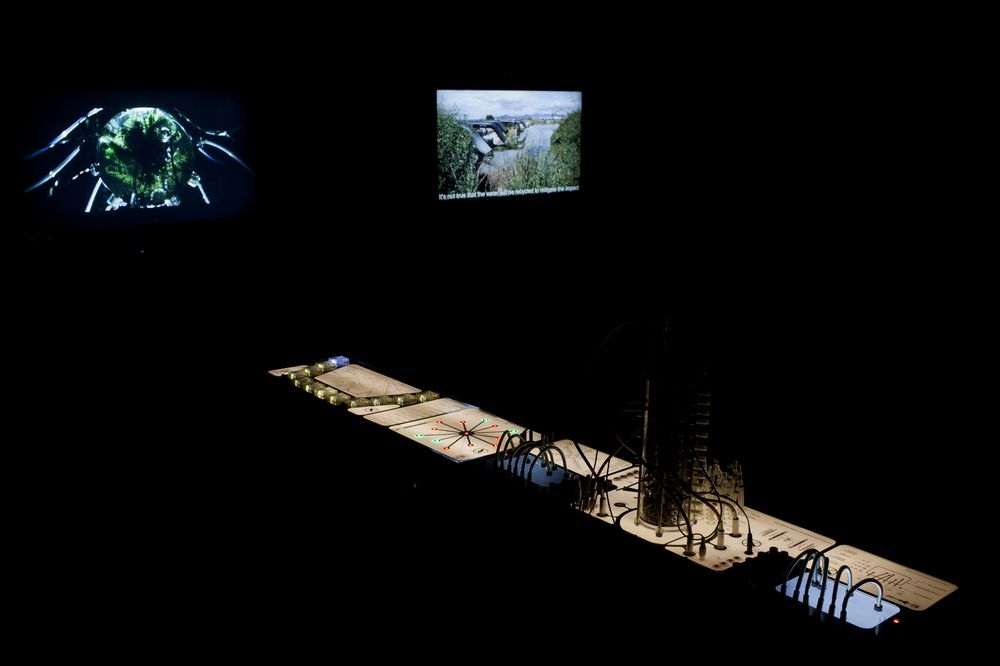 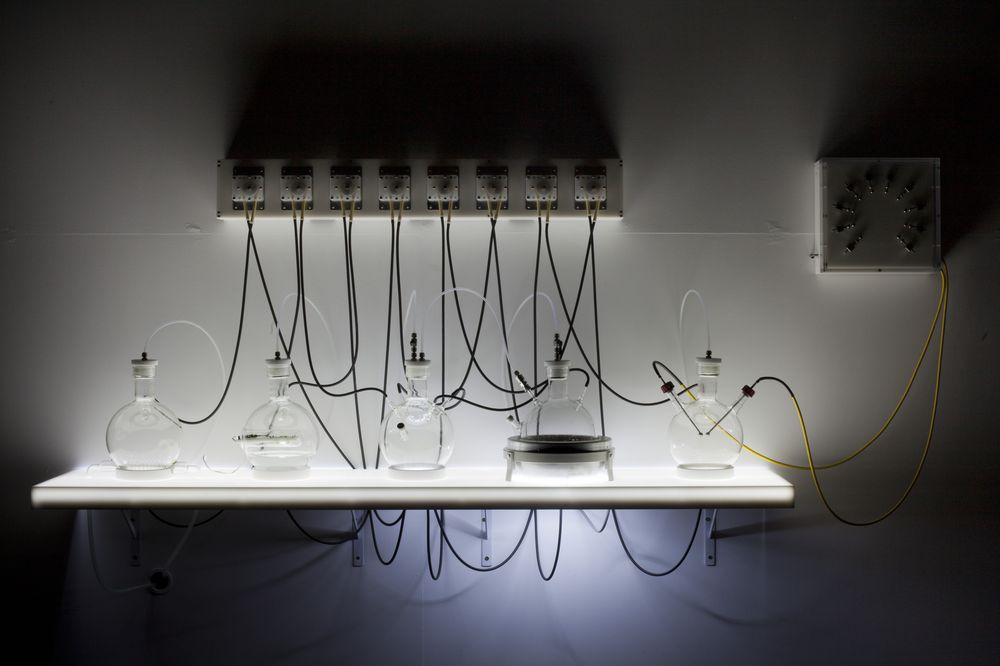 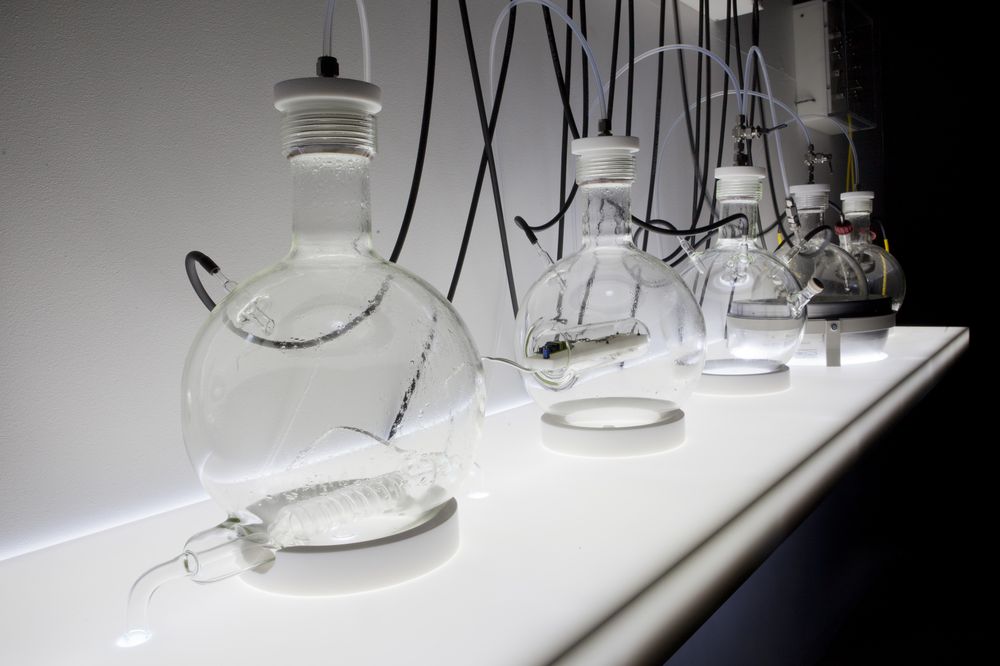 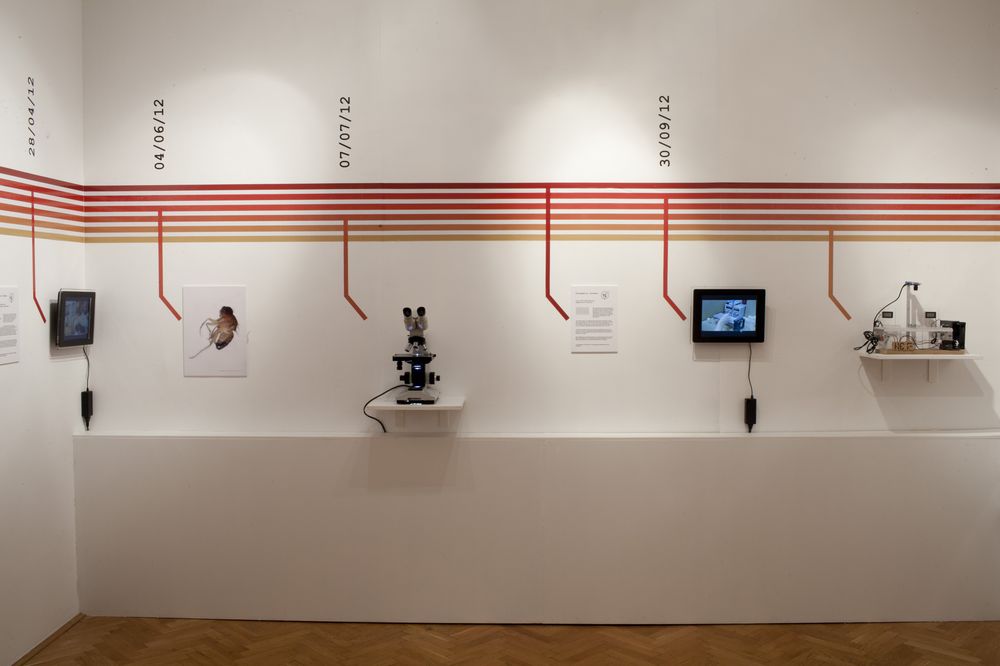 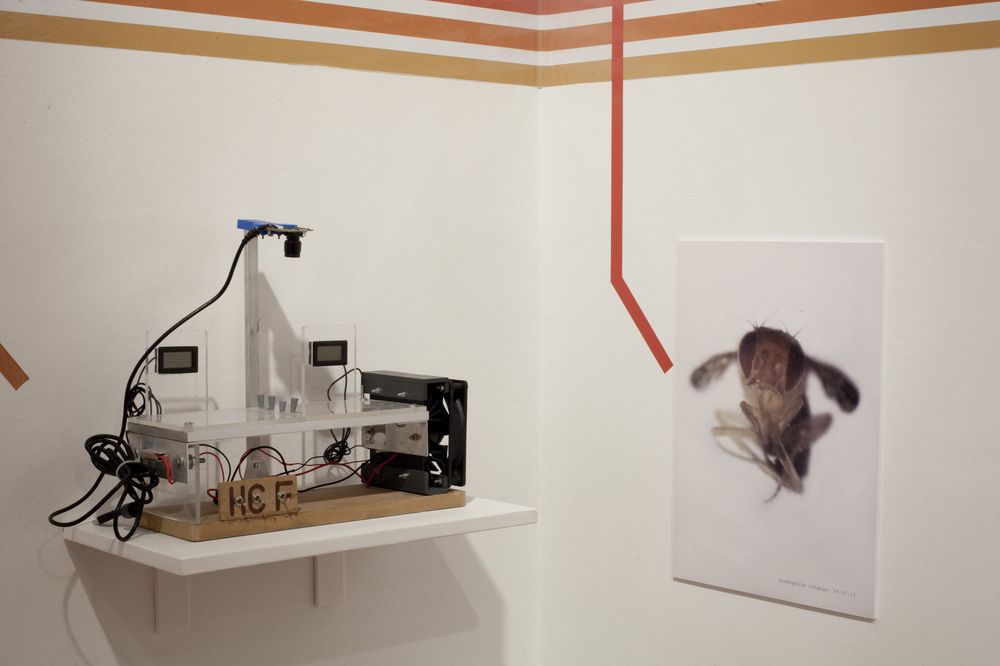 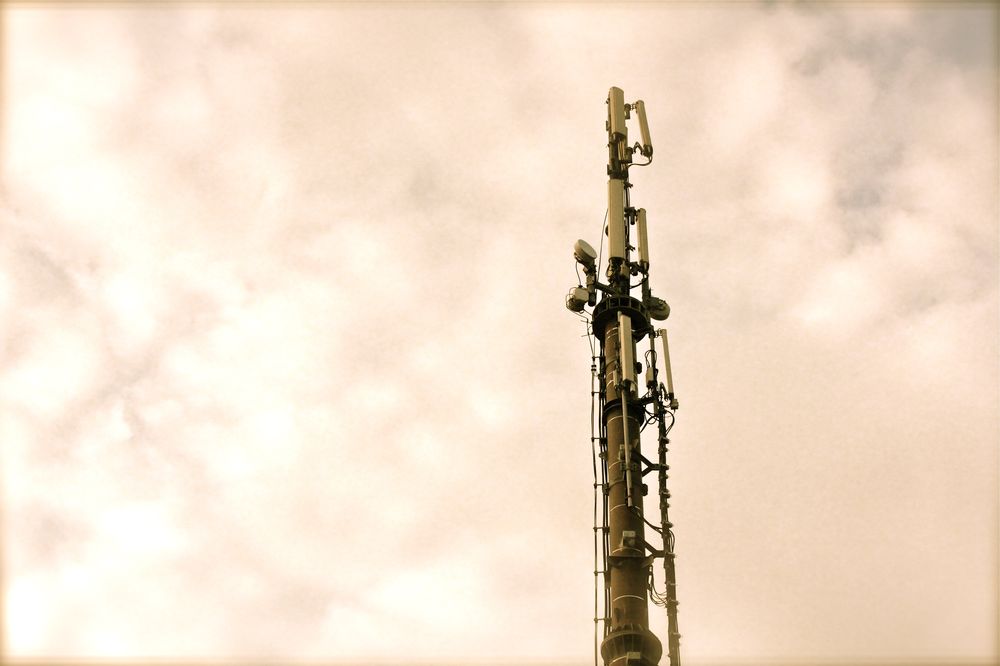 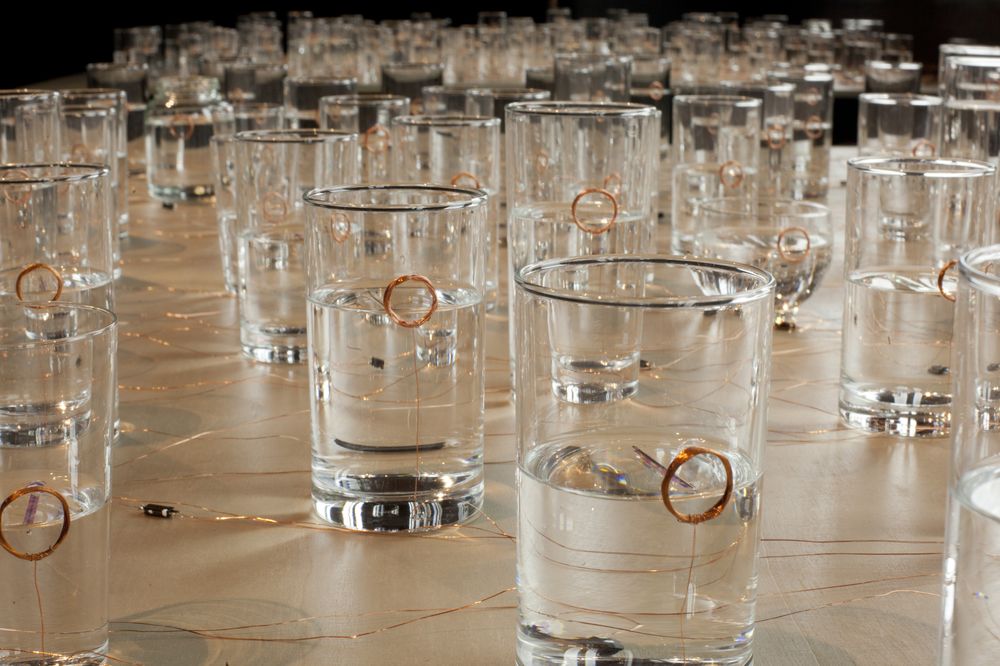 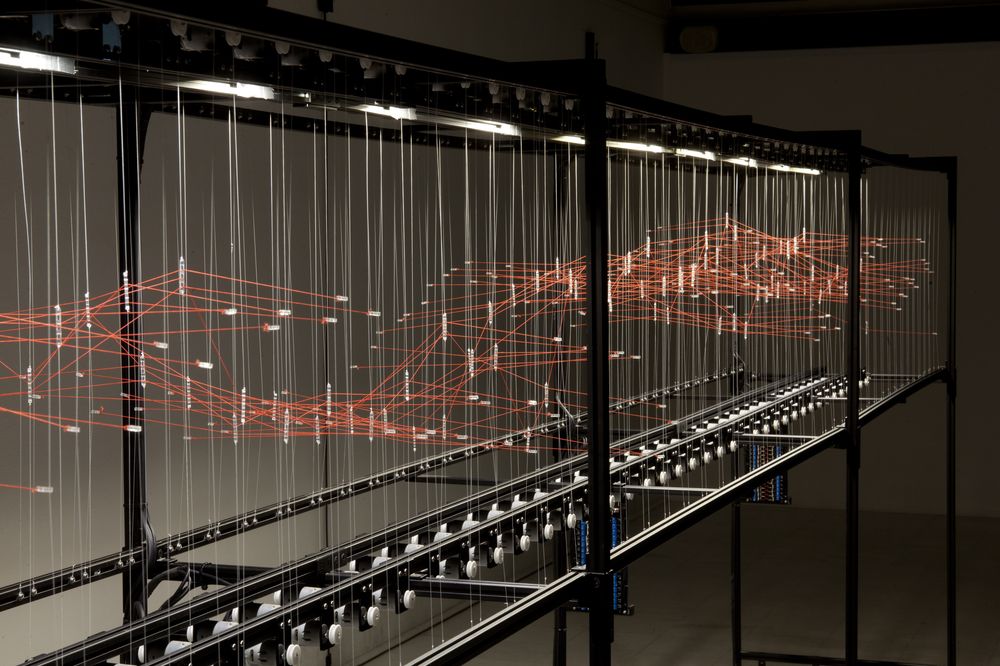 
Cross reference
Kapelica Gallery / Kersnikova Institute
Earth Without Humans I - International symposium, exhibitions and workshops
In his critical essay “Future City”1, Fredric Jameson adapted J. G. Ballard’s conservative belief that “the end of capitalism is the end of the world” into “it is nowadays easier to imagine the destruction of the earth and nature than to imagine the end of late capitalism.” This belief still successfully serves the critics of the capitalist production system today and almost every criticism of ecological indifference reminds us of Jameson’s observation that so vividly encapsulates the self-destructive inertia of late-capitalist values.

Ballard’s science-fiction dystopias and modern criticisms of the capitalist system in the spirit of the latest scientific discoveries and technological capabilities are being revised in the above-mentioned equation. It is much easier to picture a solution by taking Earth out of the equation and instead inserting another extra-terrestrial place, on which nature is yet to be created with the help of science and modern technology. For a biosphere to be inhabitable, it must first be populated by plants and animals, which will create a breathable atmosphere to support humans, without requiring exoskeletons for survival. These habitats inhabited by machines, plants, and animals are conceptual evidence that upgrade science fiction to a real scientific and technological paradise. Within them, machines and designed nature can self-sufficiently exist independently of humans. In the various versions on space ships, planets, and moons, as well as on Earth itself, hi-tech environments appear to be the ultimate realization of capitalist bio-policies: here there is no more room for people to rebel, go bad, eat, and grow old.

However, these environments, which are situated in actual or simulated radical conditions, offer an exceptional opportunity for scientists and technology experts as well as decision-makers and investors, in addition to artists and activists, not to stray into the realms of unreflective techno-fascination, but rather to rethink the starting points that we are living here and now. Neo-Luddism surely does not provide the solutions that would return humans into the aforementioned equation. This is why, in the tradition of tactical media where establishing technological literacy among the public is intended for the reflective use of technology, we propose the inclusive co-creation of scenarios in which creative people, by mastering technologies, create personified and customized applications for people, whereby the focus in essence shifts from profit to sustainability.

Ballard’s or Franklin’s or, if you please, Jameson’s formula for the possible end of the world, presupposed an unspoken need for a fundamentally altered understanding of the production system whereby humans would nevertheless not destroy life on this planet. In relation to the top scientists who create at the limits of what is possible and in doing so open up new imaginary expanses, and, with some artists who are capable of translating these new dimensions into scenarios of the future, we held the event Earth Without Humans. Through a series of exhibitions and a full-day conference, we dedicated ourselves to the fragile emergence of life that evolutionary theory and astrobiology spread out in front of us in post-humanist possibilities. We invited scientists from the European Space Agency, the European Southern Observatory, and the Russian Roscosmos to participate in the conference, which was complemented by the exceptional artistic contributions of Gilberto Esparza, Adam W. Brown, Andy Gracie, and Angelo Vermeulen. Together we turned the spotlight on forms of life that are still unknown to us.

1 Fredric Jameson: “Future city” (New Left Review, 2003). In his work Jameson writes, “Someone once said that it is easier to imagine the end of the world than to imagine the end of capitalism.” And by this “someone” he is referring to the text that “militant Marxist” Bruce Franklin conceptualised and criticised in his essay “What Are We To Make Of Ballard’s Apocalypse.” (http://qlipoth.blogspot.si/2009/11/easier-to-imagine-end-of-world.html)

(Source: The Practice of Art and Science, p. 217-218)
Exhibition Credits
Partners: European Digital Art and Science Network, KSEVT – Cultural Centre of European Space Technologies
Supported by: Creative Europe program of the European Union, Ministry of Culture of the Republic of Slovenia and Municipality of Ljubljana – Department for Culture