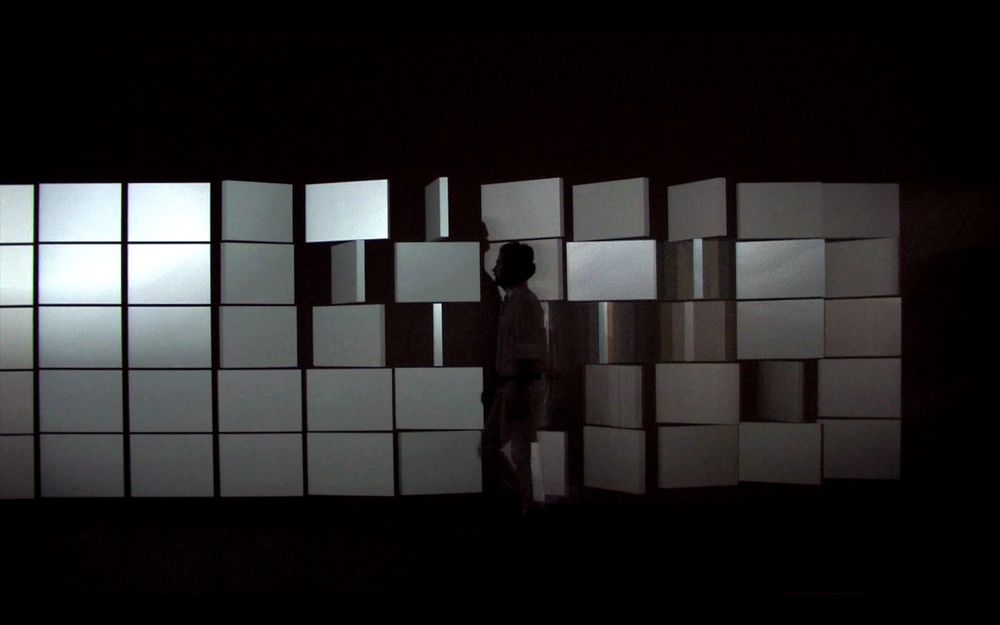 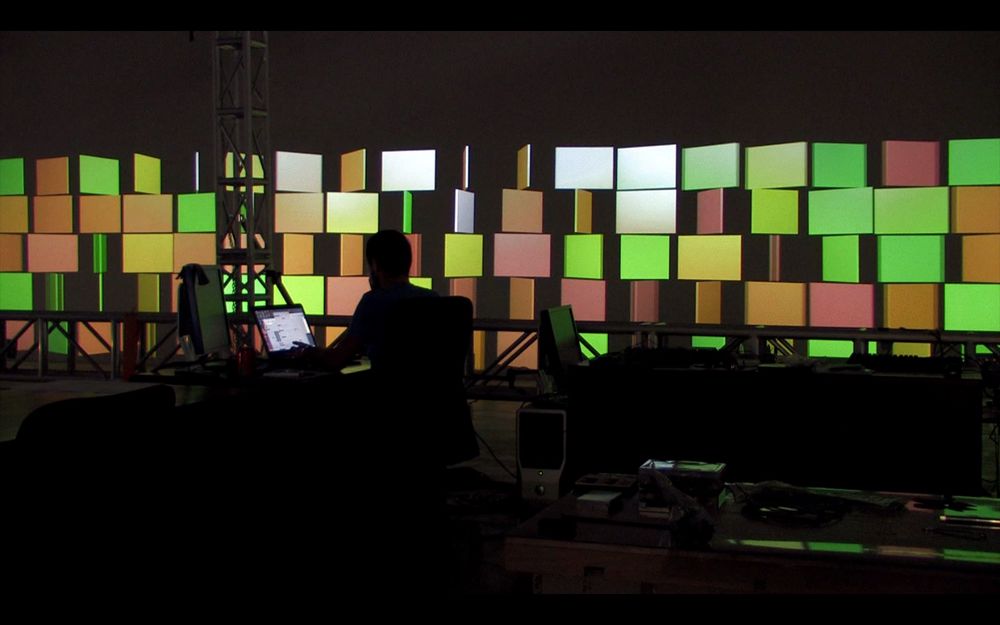 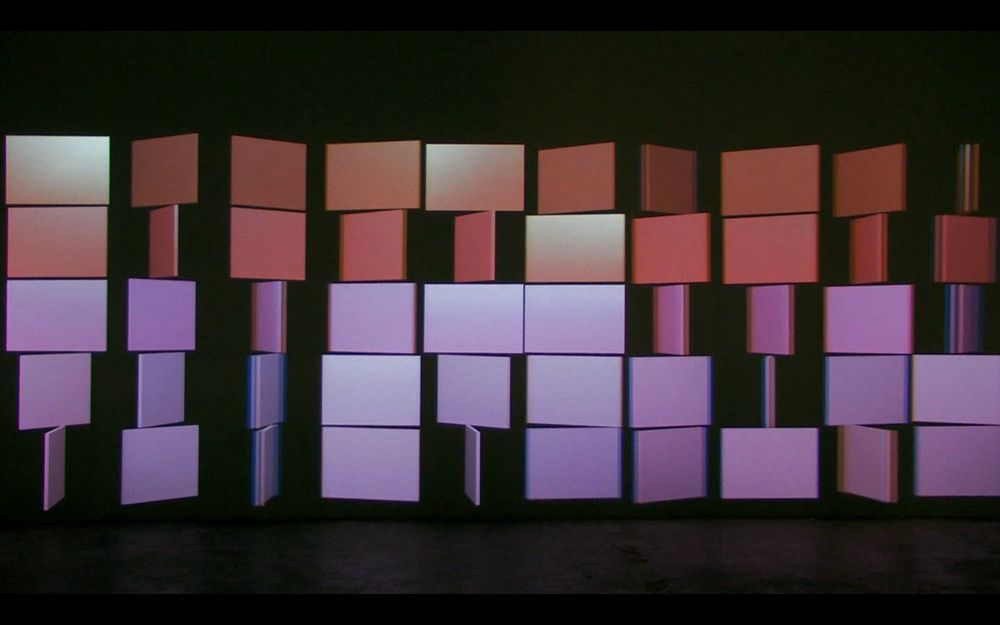 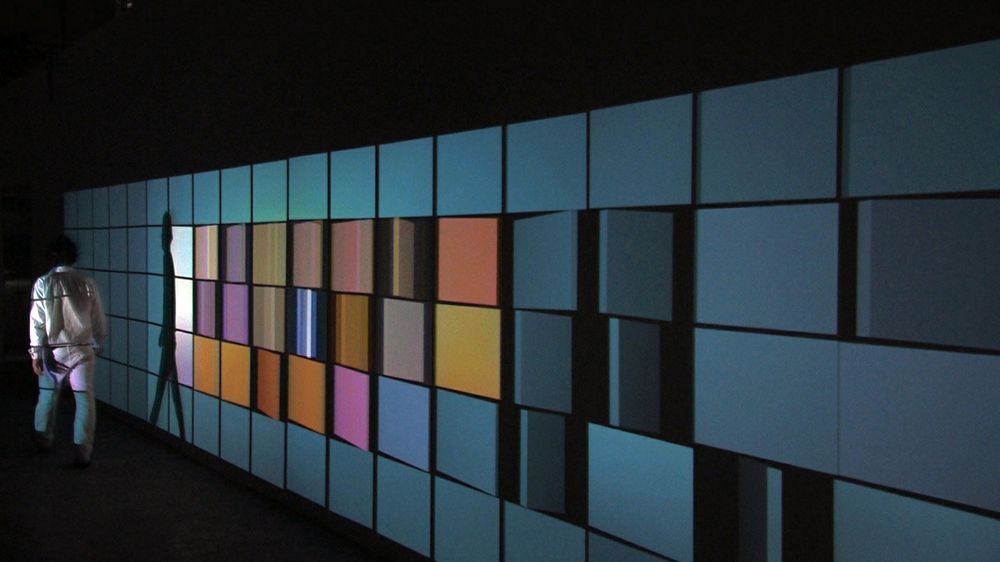 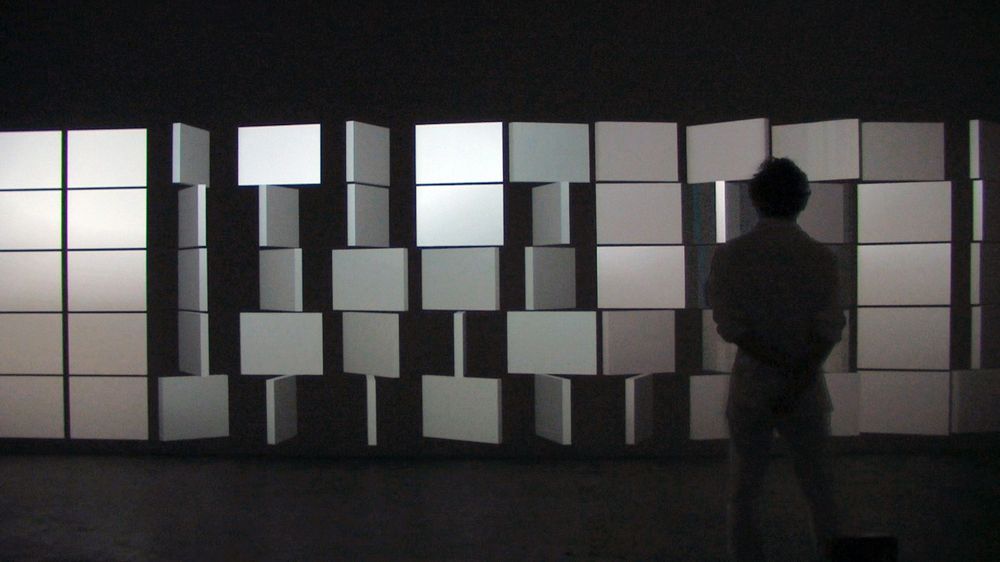 Original: Wall_HD_16_low.jpg | 1630 * 917px | 347.7 KB
The primary concept of the environment is drawn from rotating cylinders, the prayer drums found in Buddhist monasteries. The resulting piece is a large-scale interactive sound installation designed to integrate the architecture of a public space.
The installation comprises of a matrix of projected virtual drums in a scalable number of more than hundreds. “The Prayer Drums” becomes a large musical instrument, simple in its design, easy to understand and play for any participant, yet complex in its sonic and visual expressions and musical potential.
The interaction design is directly derived from the tangible spinning of the analog interface (metal or wooden cylinders). Unlike traditional prayer drums, the installation shows abstract three-dimensional tiles instead of cylinders, all rendered, projected and manipulated visually and sonically in real time.
Each of the drums/tiles is connected to a single independent sound generator. Spinning a drum and changing its velocity alters various parameters of its sound generator (sine wave or noise). The system then mixes all the sounds from all the tiles to create the cumulative soundscape on a multichannel diffusion system distributed in the environment.
The simplicity of such single sound generators is overridden by the complexity of the large number of simultaneously manipulated sources. For instance, pitch distribution over the entire wall further enables a wide sonic diversity. It can be distributed randomly for each tile, in a harmonic fashion or as glissandi from left to right, right to left.
The visitors’ interaction over the whole drum array is detected by motion-tracking cameras or a large-scale capacitive system, which can be embedded in the projection surface.
“The Prayer Drums” can be seen as a large-scale visualization of a complex music instrument.
Louis-Philippe Demers (CA/SG) makes large-scale robotic environments and interactive
media artworks. He was a professor at the HfG/ZKM and currently is at the Interaction and
Entertainment Research Center at the NTU (Singapore).