The Last Days of Good and Evil 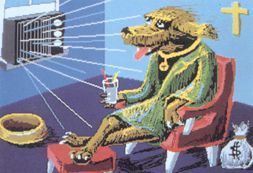 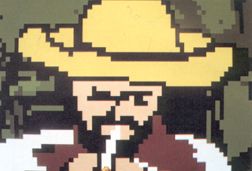 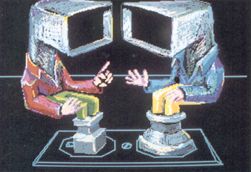 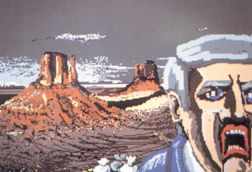 Original: PR_1988_thelastday_004_o.JPG | 252 * 172px | 67.7 KB
Another harbinger of Armageddon? Will the forces rage and clash and leave nothing in their wake?
We believe that man's will is still intact; if his art says nothing else, it affirms his power of aesthetic choice. He can remove the toxic wastes and industrial carcasses that strangle his environment, just as he can wipe away the surviving myths and hypocracies that lay like a fringe of silt on the window to the future. The old junk, always accumulating in new ways, has clogged the machinery of his imagination and broken down his faculty for change. Remove it from the face of our planet and you will still have the bed of fertile soil underneath, ready to accept the kind of growth that will enrich it.
If you believe that “things will apart” after “the center cannot hold”, then you might as well give up now, rely on fate, and admit that nineteen hundred and eighty-eight years of human suffering has been in vaind. The junk has so blurred the lines of good and evil that a final battle between them is difficult to conceive, for neither side would be able to identify its own army. Anyone who has thought about it during this century seems to conclude that the present order has almost run its course. The religious leaders say that when it does, so will corporeal existence. Aldous Huxley, on the other hand, envisioned a time when the gap between the extremes of human choice, the cause of all conflict, would be bridged by a drug that sterilizes human emotion.
In this video, we don't offer a prophecy or an answer. We try merely to cast a floodlight on the culprits – as we did in our first video “Concrete People” – on the junk peddlers who block all the roads available to us with their litter of abstractions and schizophrenia.
Once the junk is removed, progress will be defined only by the limits of the human spirit. (J. Fekner)

Technical background:
The animation was realized on a Mindset computer with Lumena software.
“The Last Days of Good and Evil”, Concrete Couple Productions, Southampton, NY 1988. Concrete Couple Production: John Fekner, Andrew Ruhren
John Fekner, born in Queens / New York, lives in New York City. Graduated from New York Institute of Technology (1972), since then active as a freelance video and performance artist and painter. Fekner is almost an institution in New York as a graffiti artist. In 1983 he published his first LP, a kind of “AgitProp” of the 80s, and in 1985 started experimenting with computer graphics. Cooperation with Andrew Ruhren under the name “Concrete Couple Productions”.
John Fekner participated at numerous projects and exhibitions (e.g. documenta 7 in Kassel 1982, “Via Satellite” in Cologne, 1984; “New York – Berlin Exchange” in New York 1986). In 1987, he entered “Concrete People” for Prix Ars Electronica '87 and was shortlisted with this work.